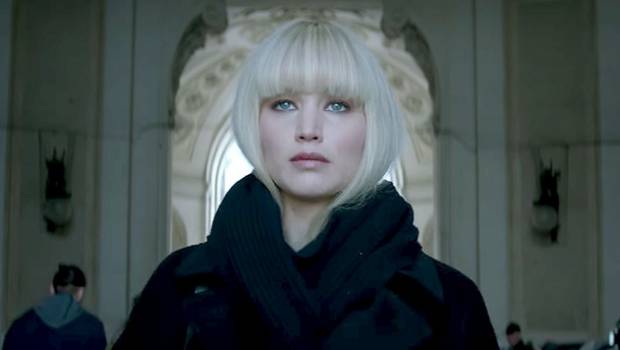 Red Sparrow is an all-out unpleasant experience and one most would gladly like to forget. It is also a dreary and confusing spy thriller that stars Jennifer Lawrence in a role unworthy of her talents. The only time the film ignites its own terrible core is during nightmare moments of extreme physical and sexual violence. To label this trash would suggest that there was something here worth salvaging.

The film’s ugly boils, its jolts of torture, violence and sex, become impossible to watch. The cruel streak burning throughout Red Sparrow is courtesy of director Francis Lawrence who worked with his lead actress on The Hunger Games sequels. He believes that an overly heavy-handed approach to the violence will make it more emotionally involving. Instead, this leaden, tone-deaf approach merely provides Sparrow with a relentless mood that is humourless and drab. It deters us from unearthing deeper narrative investments.

The film is adapted from the book by Jason Matthews, a former CIA agent. This was an acclaimed 2014 novel that won an Edgar Award for Best First Novel by an American Author. Someone in Hollywood thought it would make a great movie. Matthews was apparently paid a seven-figure sum for the rights. However, one must ask who the film is aiming to please. Adding Jennifer Lawrence, one of Hollywood’s biggest names, gives the film mainstream appeal, which is counterintuitive to the story’s overly graphic subject matter.

The plot introduces a Russian ballerina, Dominika (Lawrence), who suffers a serious leg injury that ends her career. She fears she will lose her home, supplied by the dance company, and that she won’t be able to help her sick mother. She receives an offer from her uncle Vanya (Matthias Schoenaerts). He encourages her to extract revenge on her cheating partner and enlists her for an assignment. She meets a man in a hotel who rapes her but is swiftly killed. Dominika then has little choice but to enrol in a spy school, run by “Matron” (Charlotte Rampling).

The school’s female agents are taught to use their bodies to become dangerous honey traps. They are encouraged to use sex to grow closer to their targets and then kill them in weird power shifts. Dominika also becomes assigned to target an American CIA agent, Nate (Joel Edgerton). Nate might be able to help her escape her uncle Vanya, but she must attempt to play both sides at once.

There is an intriguing visual flourish at the start of Sparrow. Francis Lawrence juxtaposes two threads, Dominika’s onstage dance routine and Nate’s mistake during a mission as he tries to distract the police by firing his weapon. The editing gathers speed, cutting between these two moments as they collectively race towards their climaxes. From this point onwards, there are no soft touches or levity. There are also few assignable positives. The story resembles a Cold War tale through its frosty, snowbound setting and concrete architecture. Yet the timeframe is aloof as the characters use mobile phones. 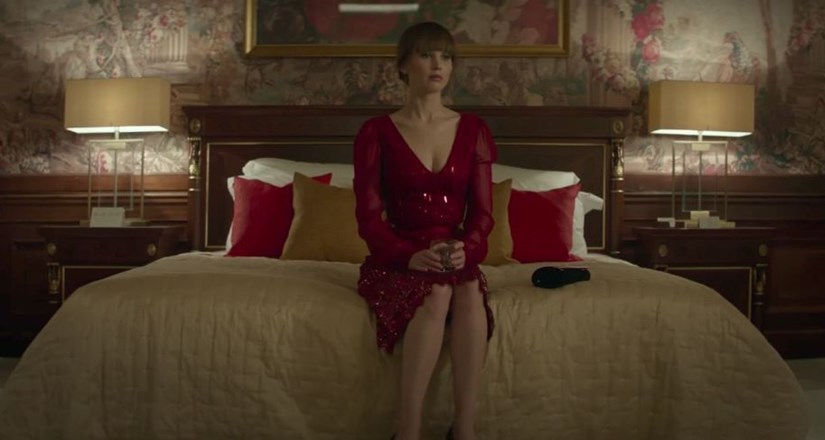 The grey, sleep-inducing tones of the setting are prolonged through a story that’s sluggishly paced and frankly incoherent. It is true that many great spy stories are convoluted. Tinker, Tailor Soldier Spy (2011) has a challenging narrative to unfold. The difference is how implausible Sparrow is and the thanklessness of caring about the proceedings. Consider the spy school scenes. Seeing bright-eyed potential spy hopefuls sitting at their little desks, taking notes and practicing their lockpicking (yes, really) would make Maxwell Smart proud if it weren’t for the film’s embarrassingly po-faced tone. “You sent me to whore school!” must also rank as one of the silliest lines Lawrence has ever recited.

The film is being promoted as an exciting action spy thriller, but it isn’t another Hunger Games. The violence and sexual content is extremely graphic and painful to watch. Some might argue it counters the bloodless action scenes to which Hollywood has become accustomed. Yet it is still unnecessary and nasty, particularly a merciless clubbing that Dominika gives to her partner and a girl, breaking her jaw, or a scene in a hotel involving strangulation followed by a brutal stabbing. Similarly, the school scenes are extremely disturbing and offensive. There is an awful, confronting moment where a girl is forced in front of the class to give oral sex to a man she has insulted, and another scene where Dominika fully strips down before everyone to make a point about consent.

The middle part of this dud is shapeless and confusing. It resorts to a series of quick cuts at the end to explain Dominika’s actions, which would have otherwise gone unnoticed. The British, Australian, American and Belgian actors (there are few Russians) are given plain, forgettable roles. Jeremy Irons, Ciaran Hines, and Mary-Louise Parker have walk-in parts. Jennifer Lawrence brings a stern and unflinchingly serious tone to Dominika. However, her minimalist acting style deflates the depth of her charisma and personality in favour of becoming a piñata for abuse—this was equally problematic in the disastrous Mother! (2017). She and Joel Edgerton also possess little romantic chemistry. 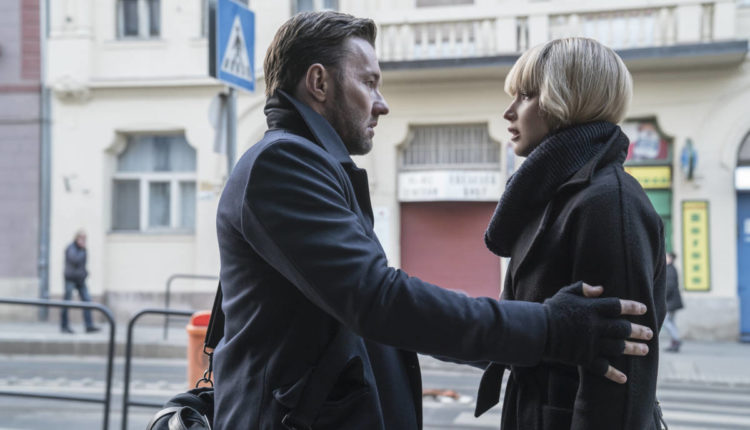 Red Sparrow is long, slow and unpleasant to watch. It begs one to ask, for whom was this film made? How would Lawrence’s younger, dedicated Hunger Games fans react to seeing their idol being raped, smacked in the face repeatedly and water tortured? Even as someone who didn’t engage with that franchise, I struggled to keep watching this and remain interested. Arguably, it is also problematic that the Russians are painted as monsters responsible for torture while an American comes to the aid of Dominika. The scarcity of Russian actors is understandable. Overall, it is the merciless physical and sexual violence that ruins the film. It’s best to forget its horrible state and hope Lawrence quickly finds a stronger part that allows her charisma to shine.

Summary: Red Sparrow is long, slow and unpleasant to watch. It’s best to forget its horrible state and hope Lawrence quickly finds a stronger part that allows her charisma to shine.