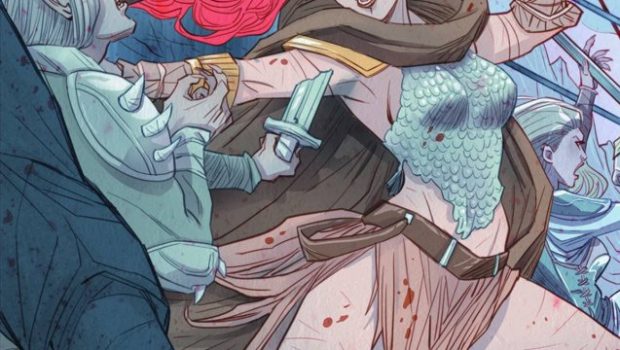 Summary: With the offer of an empire to rule, Sonja graciously declines. Later she learns that the alternative has not been good for Hyrkania.

The King lays dying Sonja offers her help to save him but instead is offered the role of Queen of Hyrkania when he passes. Knowing that she would be more interested in serving her own interests than that of the people she refuses and leaves to continue her She-Devil ways, leaving the land of Hyrkania to select a new ruler. But things aren’t so simple and Sonja learns of changes that seem to suggest that the new King leaves much to be desired. 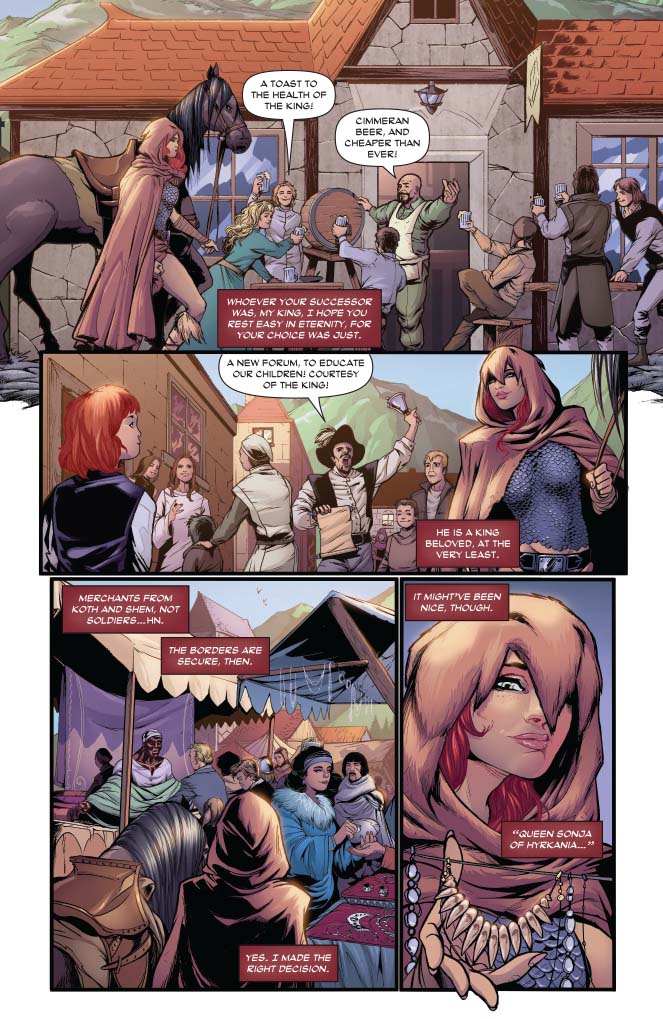 The counterpart to Conan continues to show her strength in the face of great adversity. Other than perhaps a handful of moments, Sonja is portrayed as a strong female character, free from the usual stereotypical interests. There is never any question in the King or his entourage that Sonja would be the best person to take his place. Strong but reasoned, someone who would look out for the downtrodden a protector of people and principle. Marguerite does a lovely job of bringing the future of Hyrkania’s fate back to a seemingly innocent moment in Sonja’s past. The idea of repercussions of simple acts having major consequences is an interesting one… especially when dealing with such larger than life characters. 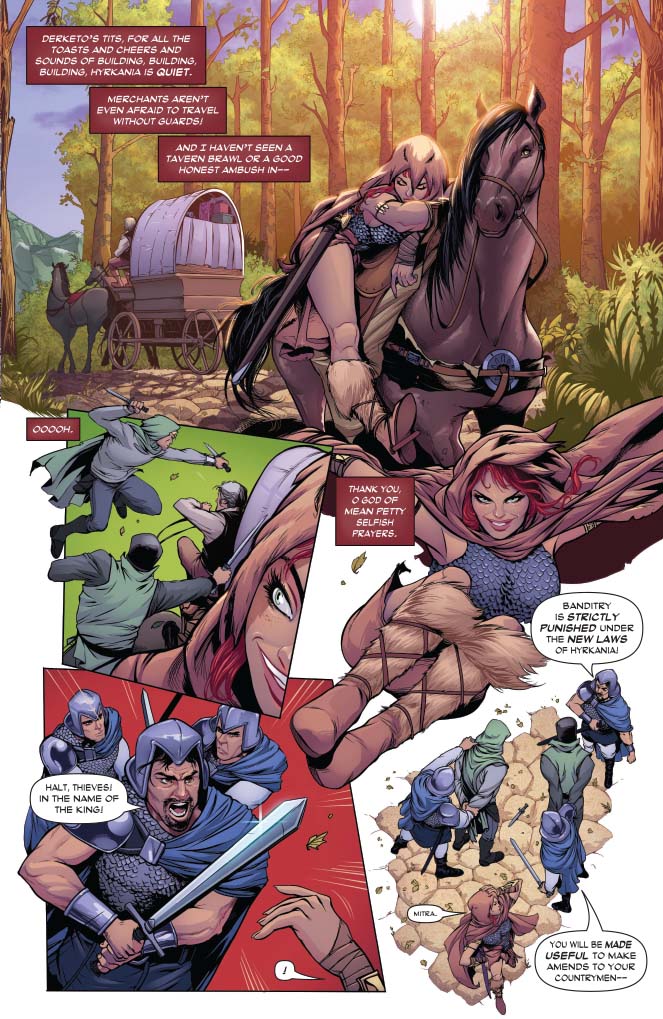 The thing that really stands out in the artwork is the vibrant colour. Whilst most comics have an arguably muted tone to them… watercolour washes or flat tones, Red Sonja seems to pop. The colouring seems to imbue a glow to the images, as if the sun is glinting off swords or radiating off the buildings. It’s quite refreshing to see. 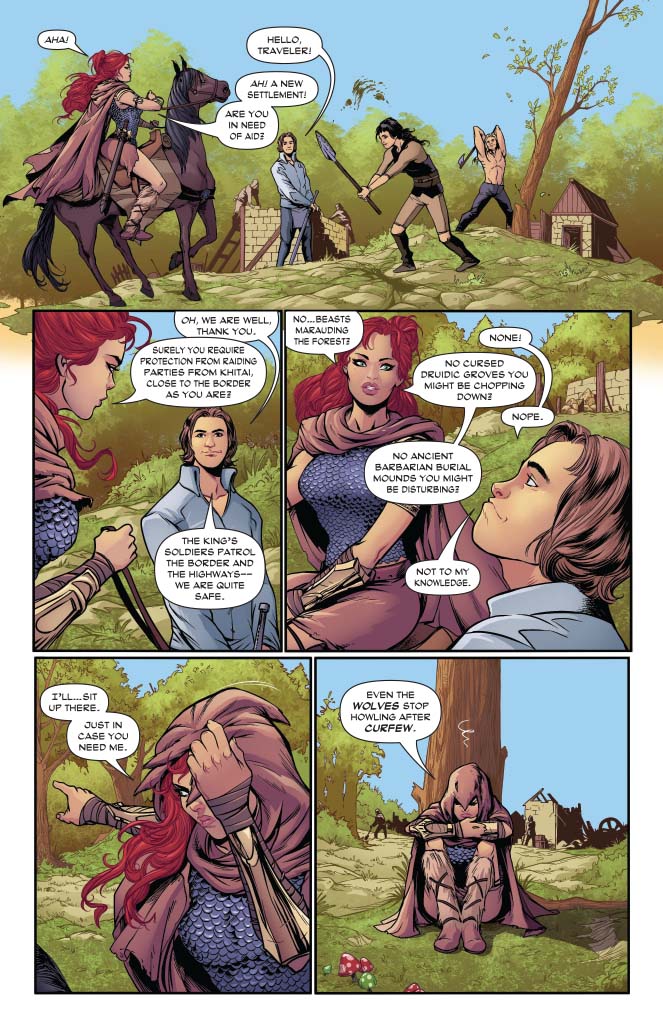 It could be argued the whole story arc is more or less a lengthy way of saying that you are better with the (she-)devil you know rather than an unknown quantity. It could also be said that it is a story of how a person’s fixation on a certain goal can drive them to perform horrible acts. Politics and love are two volatile things and they have been brought together quite well in the Falcon Throne. The world doesn’t need a man to save it… not when Red Sonja is around. A great example of a strong female character that anyone can look up to.