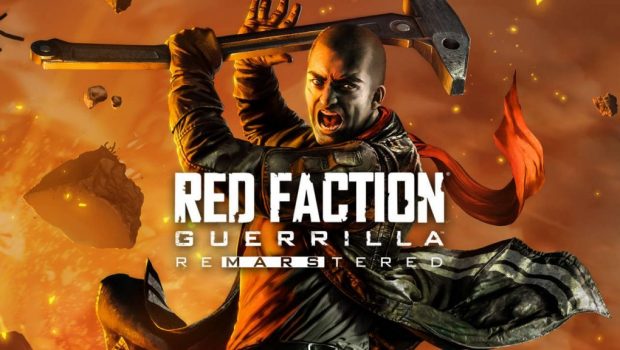 Summary: Red Faction: Guerilla Remarstered offers graphical upgrades and all DLC released for this classic from 2009. It also runs surprisingly well on the Switch.

The first time that I played Red Faction: Guerrilla was one of those special moments in gaming that will always hold a dear place in my heart. I work in the construction industry as part of my day job and Red Faction: Guerrilla brought to life a fantasy of mine that I have almost daily – reducing a nuisance building to rubble with only a sledgehammer. But when I heard the Remarstered edition was coming to the Switch, I was worried. My PS3 struggled to handle the incredible destruction physics at the time, how could the Switch possibly be expected to do the same? Not to mention all the upgraded textures added to the remaster. Turns out I severely underestimated the power of the Switch once again, because Red Faction: Guerrilla Remarstered runs like a dream on Nintendo’s portable console. 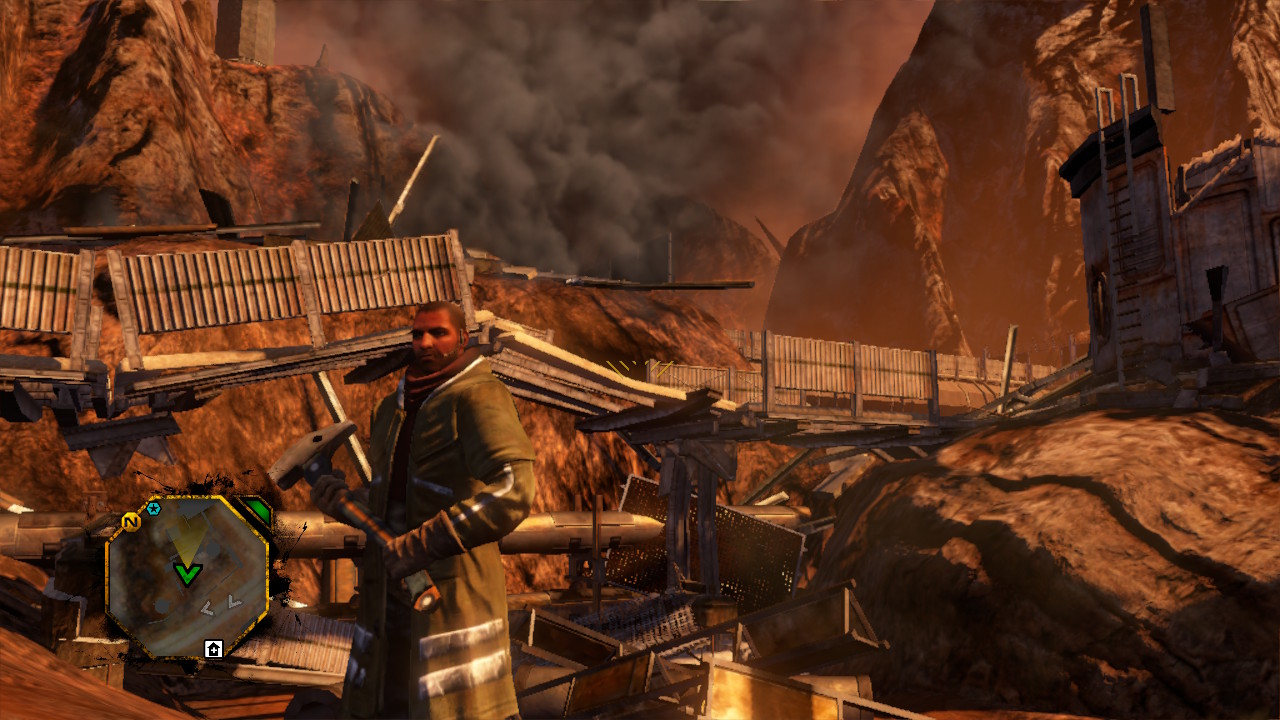 We reviewed Red Faction: Guerrilla back when it was first released in 2009 and that review still encapsulates the giddy joy I get when playing the game today. But to briefly summarise: Red Faction: Guerrilla follows the story of Alec Mason and his quest to help a rebel faction of miners overthrow a powerful corporation called the EDF that has taken over Mars. You do this by systematically taking over territories on Mars by weakening the EDF’s supplies and defences. This can be done in a variety of ways, but the most common is to simply obliterate their stuff. 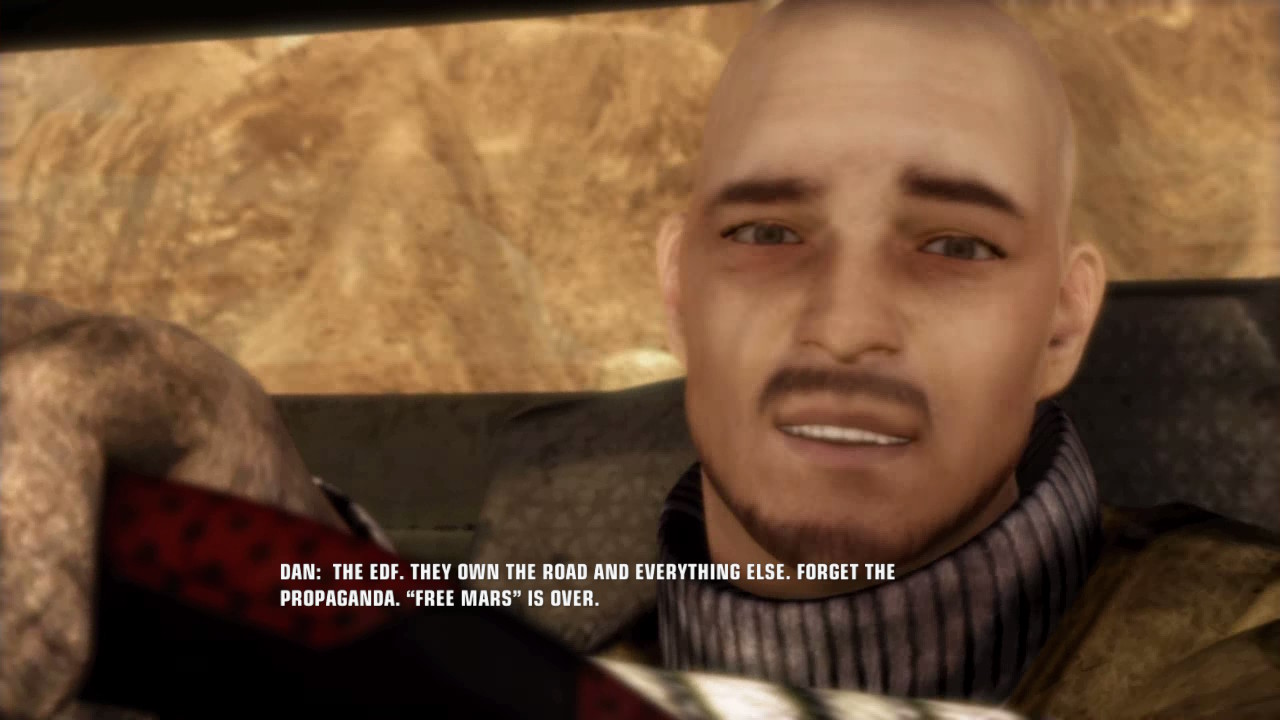 Far and away the most defining feature of Red Faction: Guerrilla is its downright incredible physics engine. Realistic building destruction is the aim of the game here and it’s a feature that no other game has come close to replicating since Guerrilla set the standard in 2009. Walls, fences, columns and all manner of structural elements crumble realistically when exposed to the many tools in your arsenal of destruction. Need to destroy a large, multi-storey barracks? Look for a few of the main load-bearing support columns and plant some remote detonation charges. Then drive up onto a nice nearby hill to overlook the glorious crescendo of cascading metal and concrete as you level the place with the press of a button. 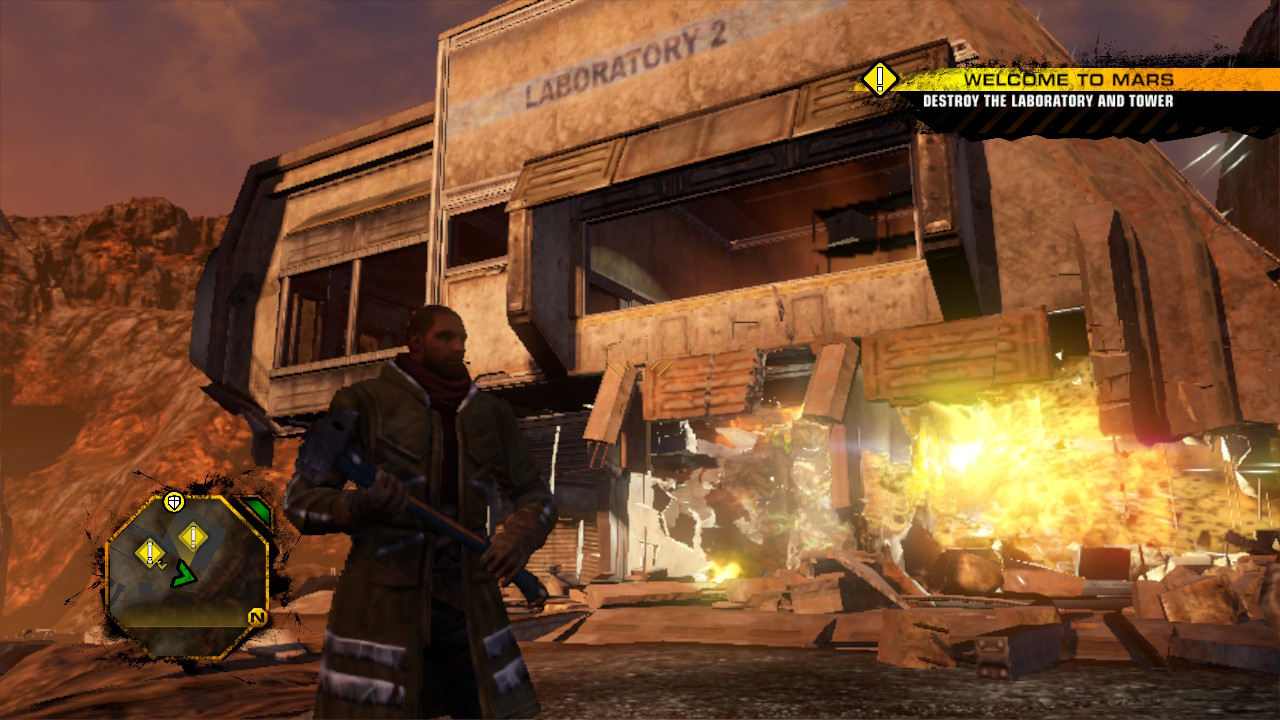 I can’t emphasise enough how much fun the destruction mechanics are in Red Faction: Guerrilla, but perhaps more importantly I should emphasise how impressive the game engine is for keeping up with it all – particularly on the Nintendo Switch. In my many hours with the campaign, I could count the number of times the game showed any sign of slow down on one hand. Plus the updated textures and lighting model added in the Remarstered Edition make the game look better than ever, yet still not quite as good as other games being released in 2019. With that being said, the cost of all this impressive tech is some brutal load times. Expect to wait around a minute every time you die, and even longer when you first load up the game. 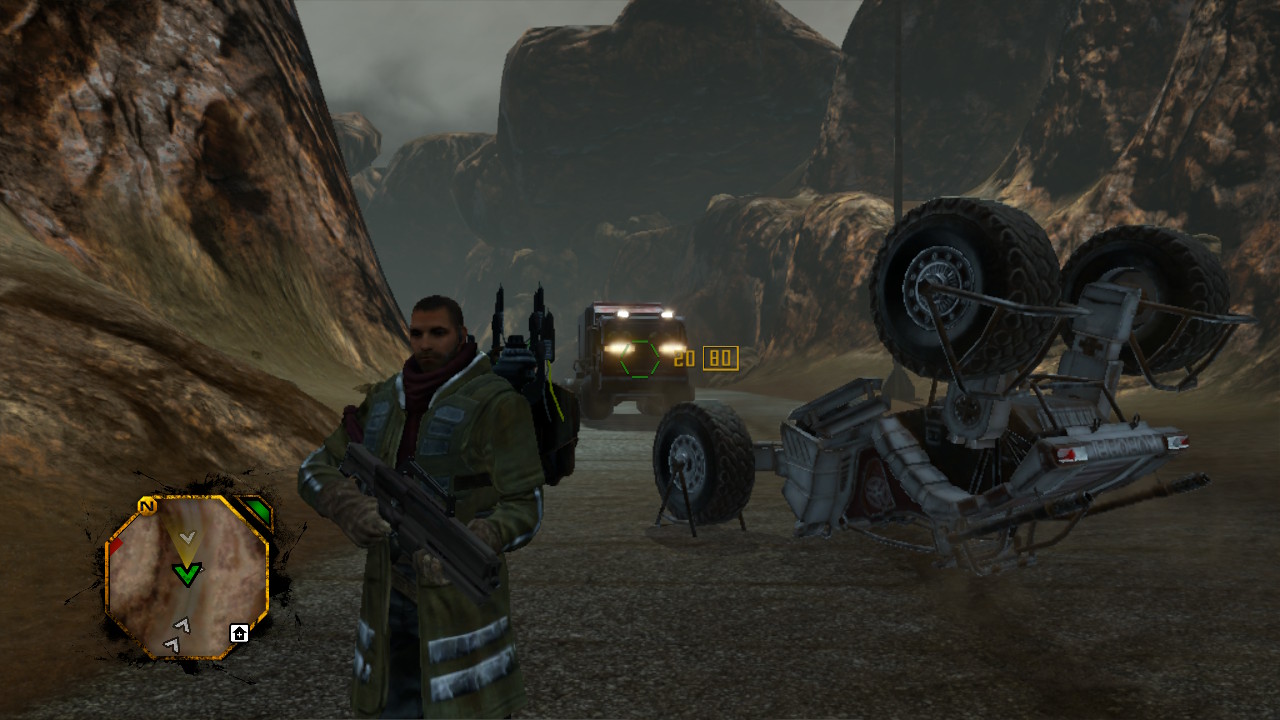 Also included in the Remarstered edition of Red Faction: Guerrilla is all the DLC added for the game since it launched. This includes a fun prequel campaign that follows the story of an outlaw faction of Martian residents taking on the EDF – but really it’s a knockoff Mad Max scenario, which is awesome. There’s also all the multiplayer content included too, which adds a few features to the PVP and Wrecking crew modes. Unfortunately, at the time of writing I wasn’t able to find anyone online to play with after multiple attempts, but if you’ve got a few friends around, the local multiplayer is a good way to unleash destruction with friends. 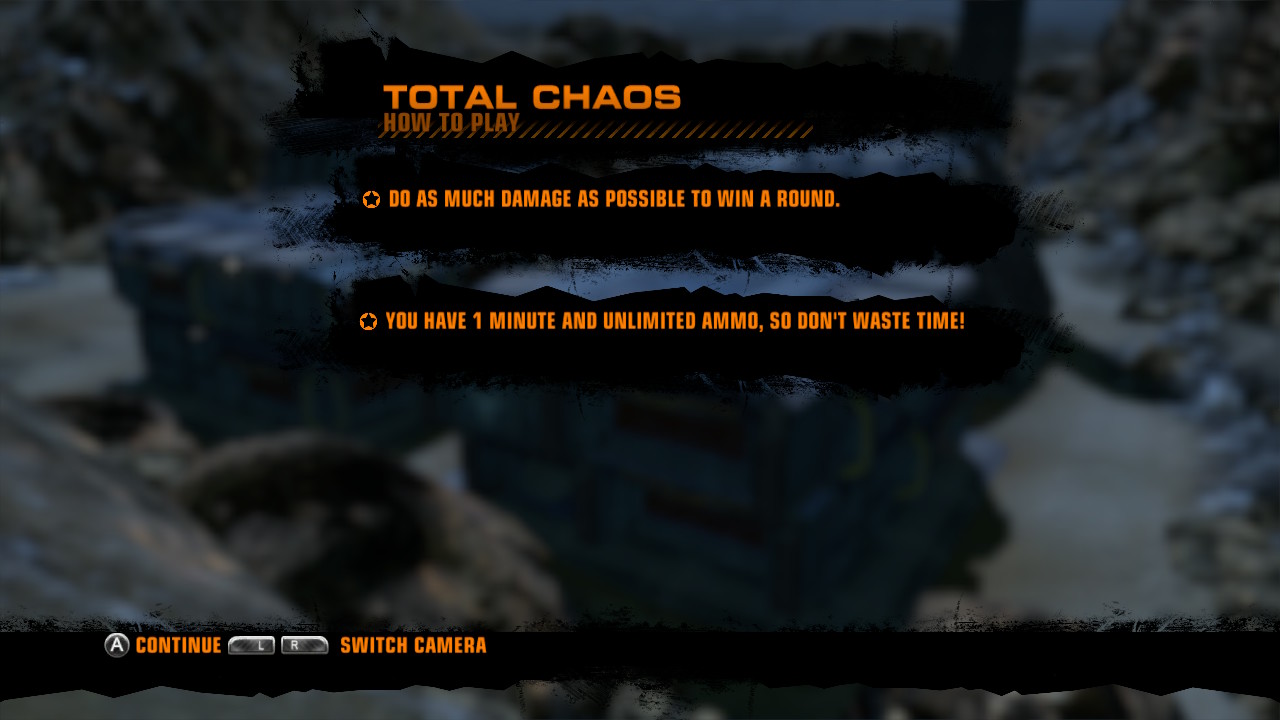 As a side note, the gameplay structure of Red Faction: Guerrilla is also surprisingly well-suited to the portable nature of the Switch. If you’ve only got five minutes on the bus, you can drive around the open-world just blowing up some EDF resources and still make progress in the campaign. Or if you’ve got a longer commute, there are a variety of missions to choose from and you generally get a good sense of which ones will take longer than others. 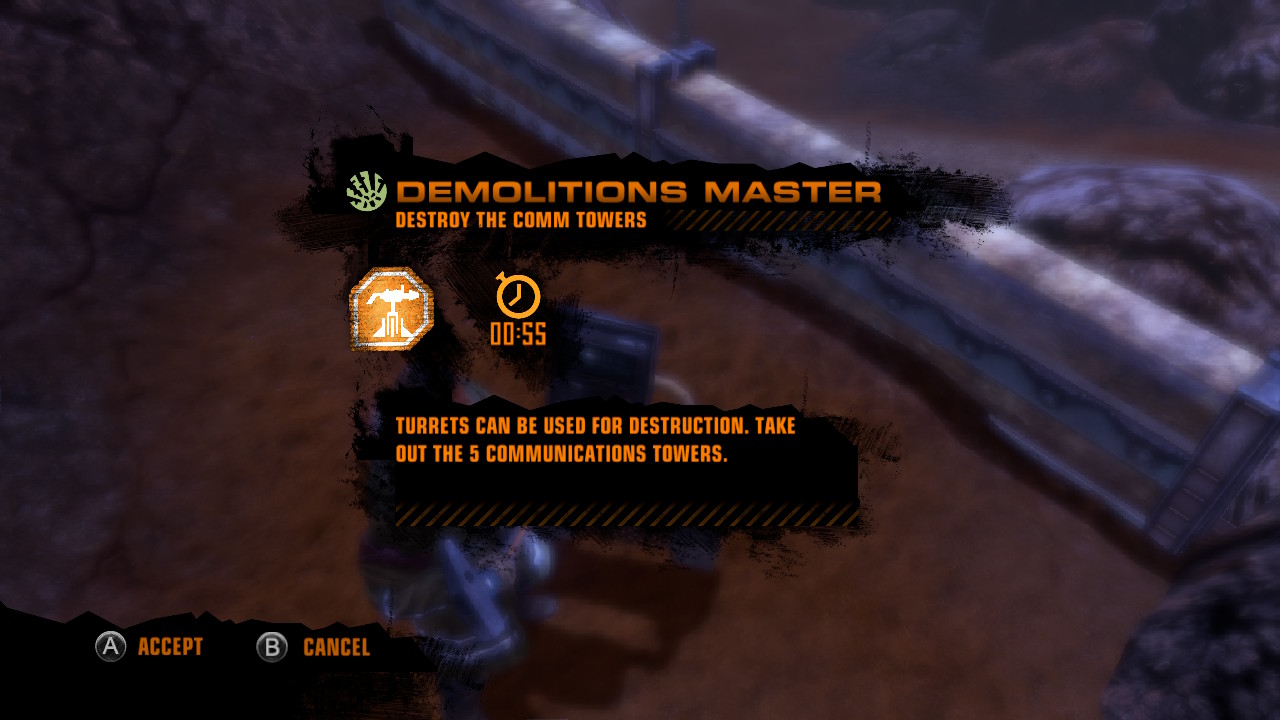 Red Faction: Guerrilla Remarstered remains just as much silly fun as the name implies. The building destruction physics are still the best in the business and the developers have pulled off some impressive technical magic to ensure that the game runs at a steady frame rate throughout the most catastrophic moments. The Remarstered edition comes with enhanced textures and an upgrade to the lighting model plus all the DLC released for the original game, so if you weren’t into Red Faction: Guerrilla in 2009, there isn’t anything new here to change your mind. If you haven’t had the pleasure of witnessing Guerrilla in motion for your own eyes, do yourself a favour and pick this one up – it’s still some of the most enjoyably catastrophic experiences gaming has to offer. 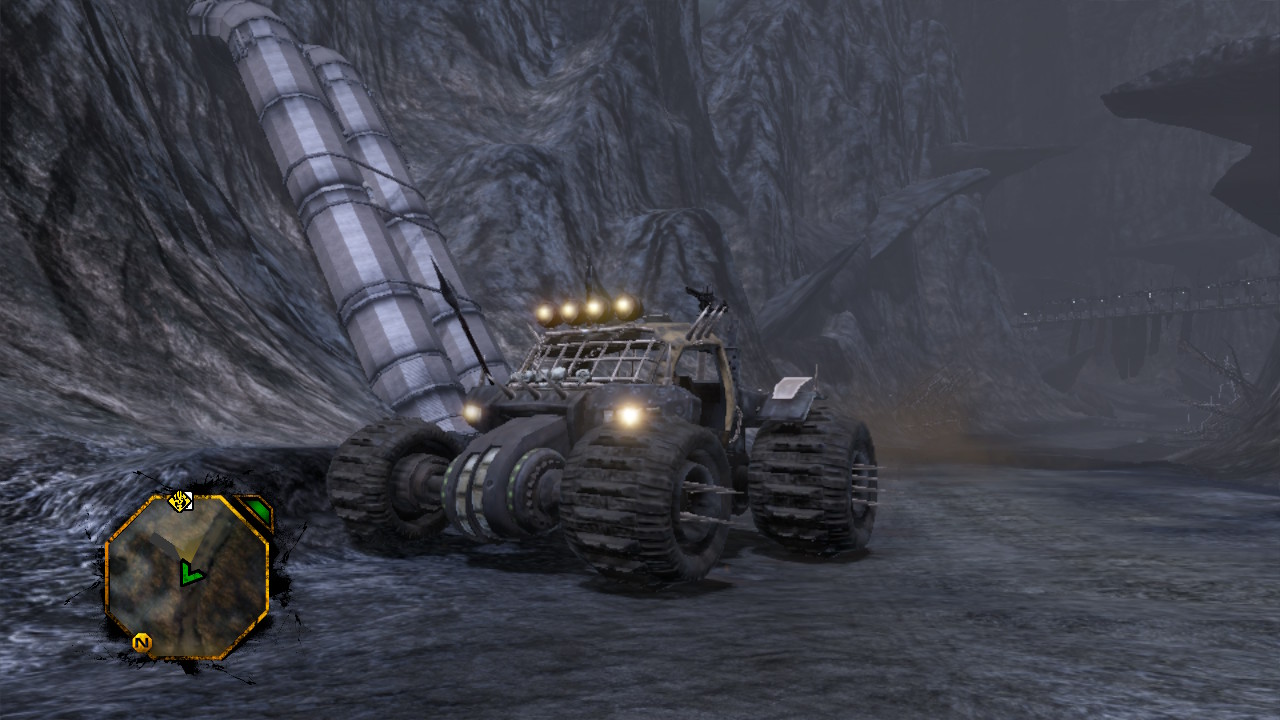 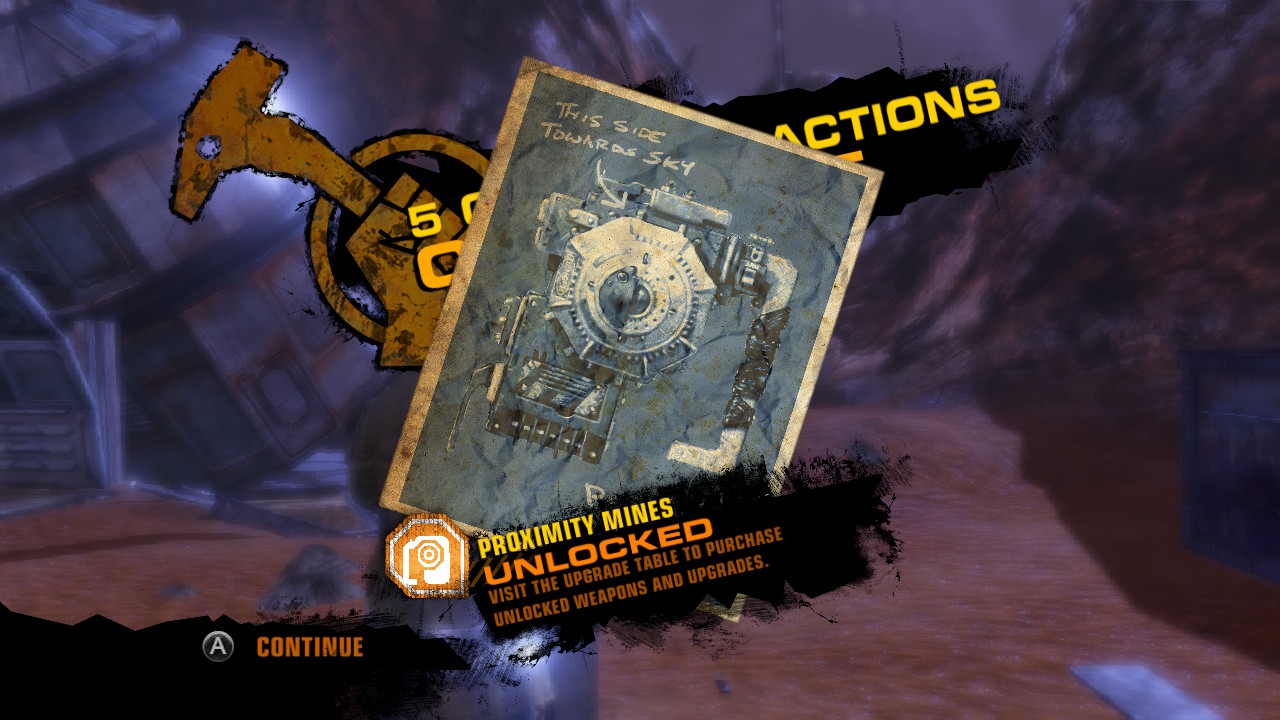