Summary: Be an outlaw or try and turn over a new leaf in the old west, yes please!

My first foray into the Red Dead Redemption world was with the first game, briefly, on PS3. I had heard a lot about it and loved the genre but ultimately couldn’t get into the game, in large part due to the controller. I enjoy console games but certain games just feel more “natural” with a mouse and keyboard, Red Dead Redemption was one of those games. So I waited patiently and finally the chance came to play Red Dead Redemption 2 on PC. 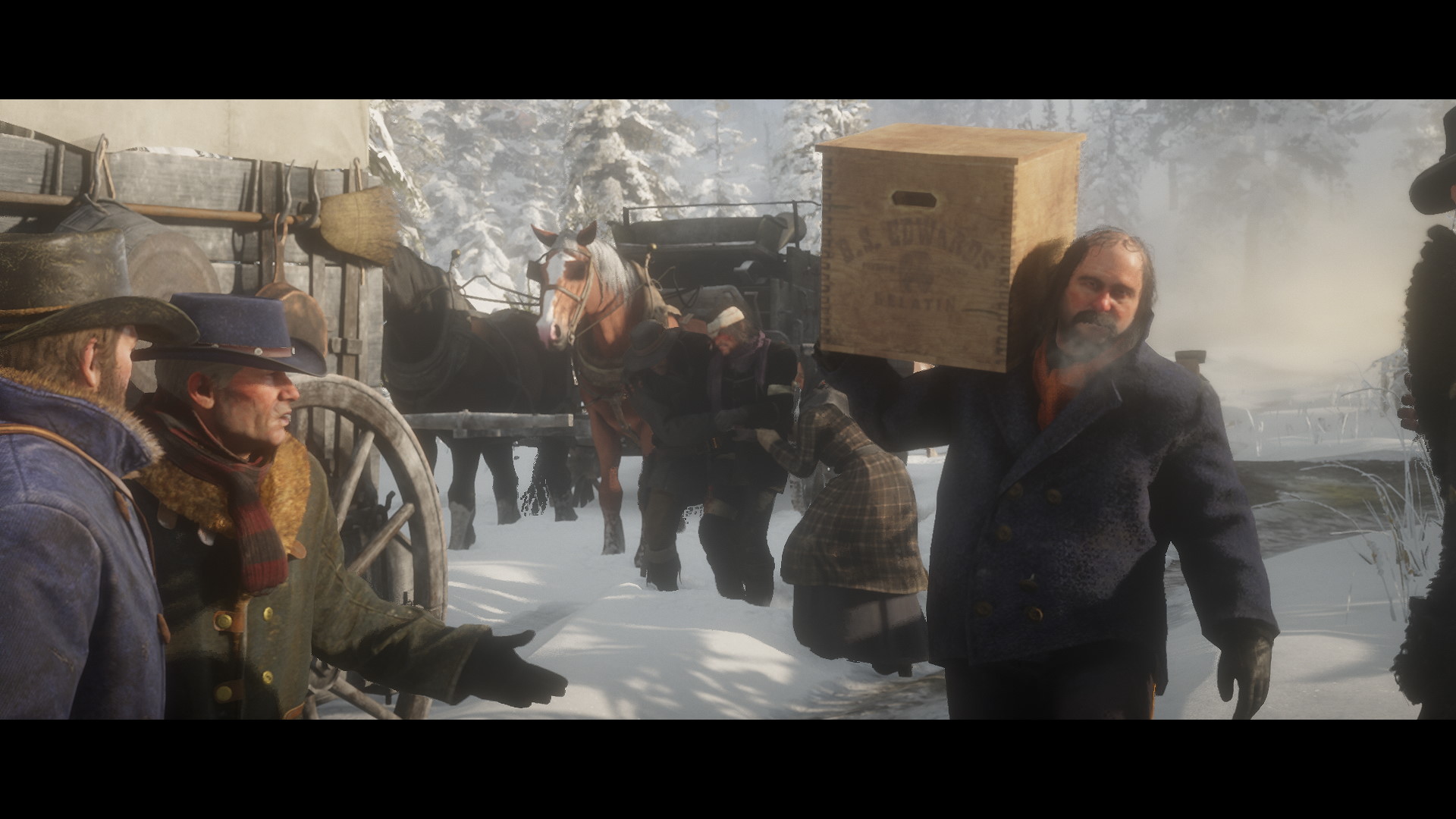 After the massive install I jumped on my horse and started my journey. The game is arguably split into two parts. One is the story line which has a lot of depth and emotion to it. The second part is the free roaming aspect. The land before you is big, you can ride your horse (because you really don’t want to try and cover very far on foot) from one side to the other and feel like you have indeed undertaken a massive journey. Fortunately you can make camp along the way and enjoy the scenery. 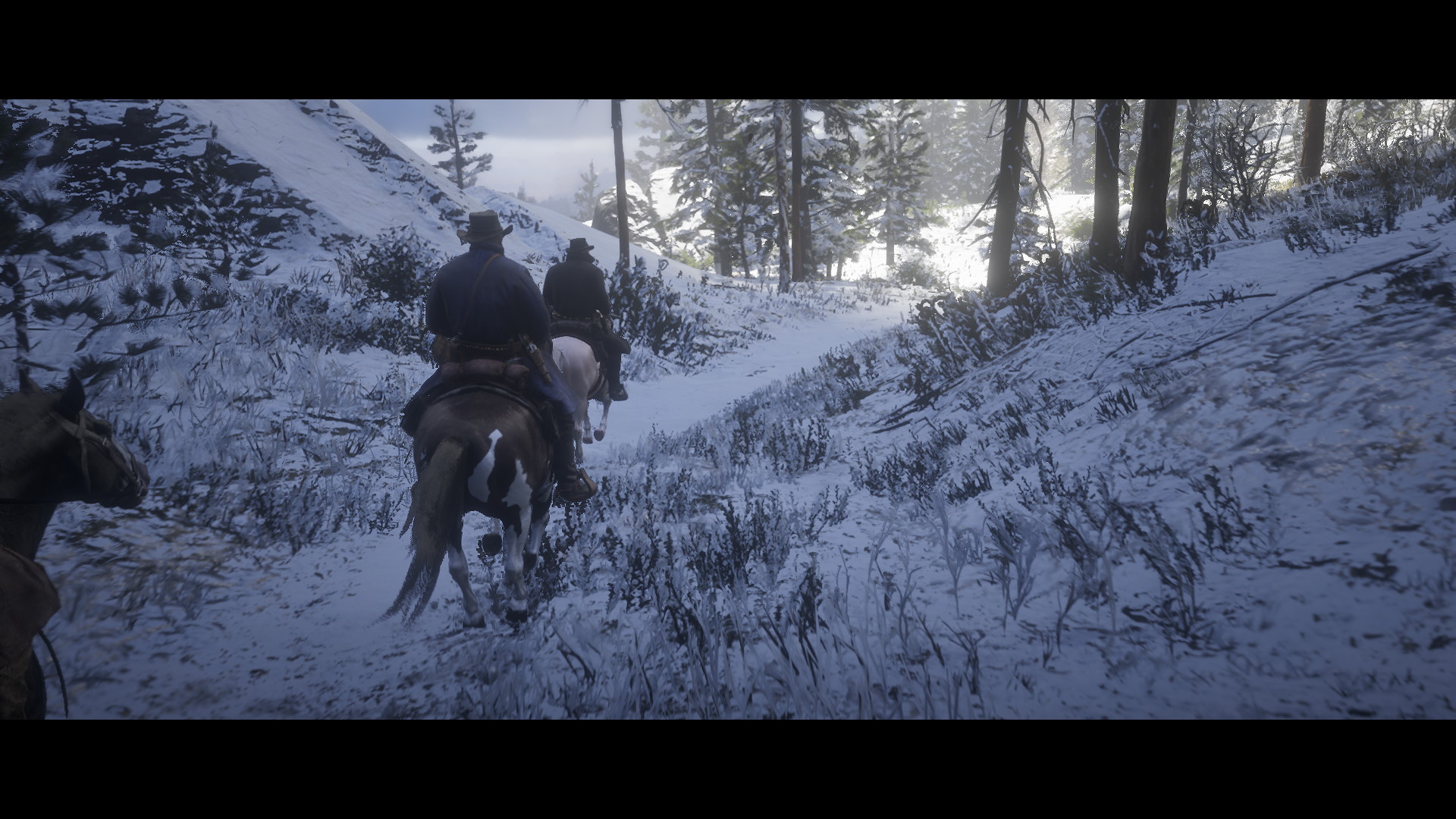 But more on the story. You begin with your gang in a very inhospitable snowy landscape. You need to find shelter to survive the cold and to figure out your next move. This part of the game is pretty structured and some what restrictive in that your choices are pretty limited due to location. After a few different missions that arguably are there to get you used to the controls as much as anything (always nice to have the learning incorporated into the game like that), you finally find your new base of operations. This head quarters is where you come to contribute to your gang, to expand your provision stores and to generally keep in touch with your gang. But it’s also from this point that you can really start stretch your feet (or your horses hooves). You can continue to follow just the main story lines (indicated by highlighted markers on your map) or you can go off and explore the vast countryside before you. 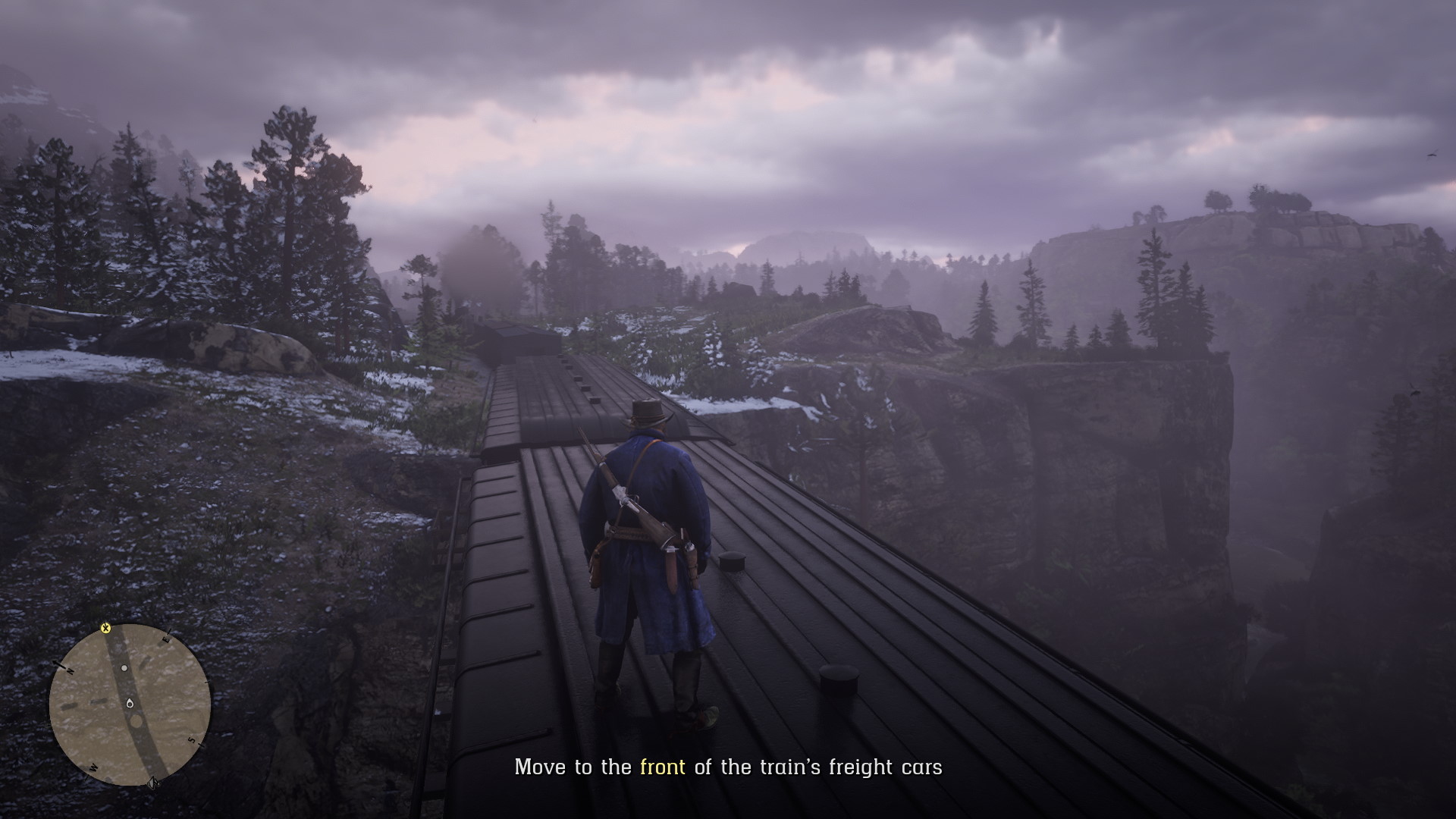 Exploring is arguably where some of the greatest enjoyment is to be had. There are some nice little events, locations, people you can meet by just getting out there and looking around. Some side line missions will present themselves to you only from exploring, so it’s always a good idea to head towards smoke on the horizon as it indicates something of note, albeit you want to approach with caution as sometimes it’s not a nice encounter. 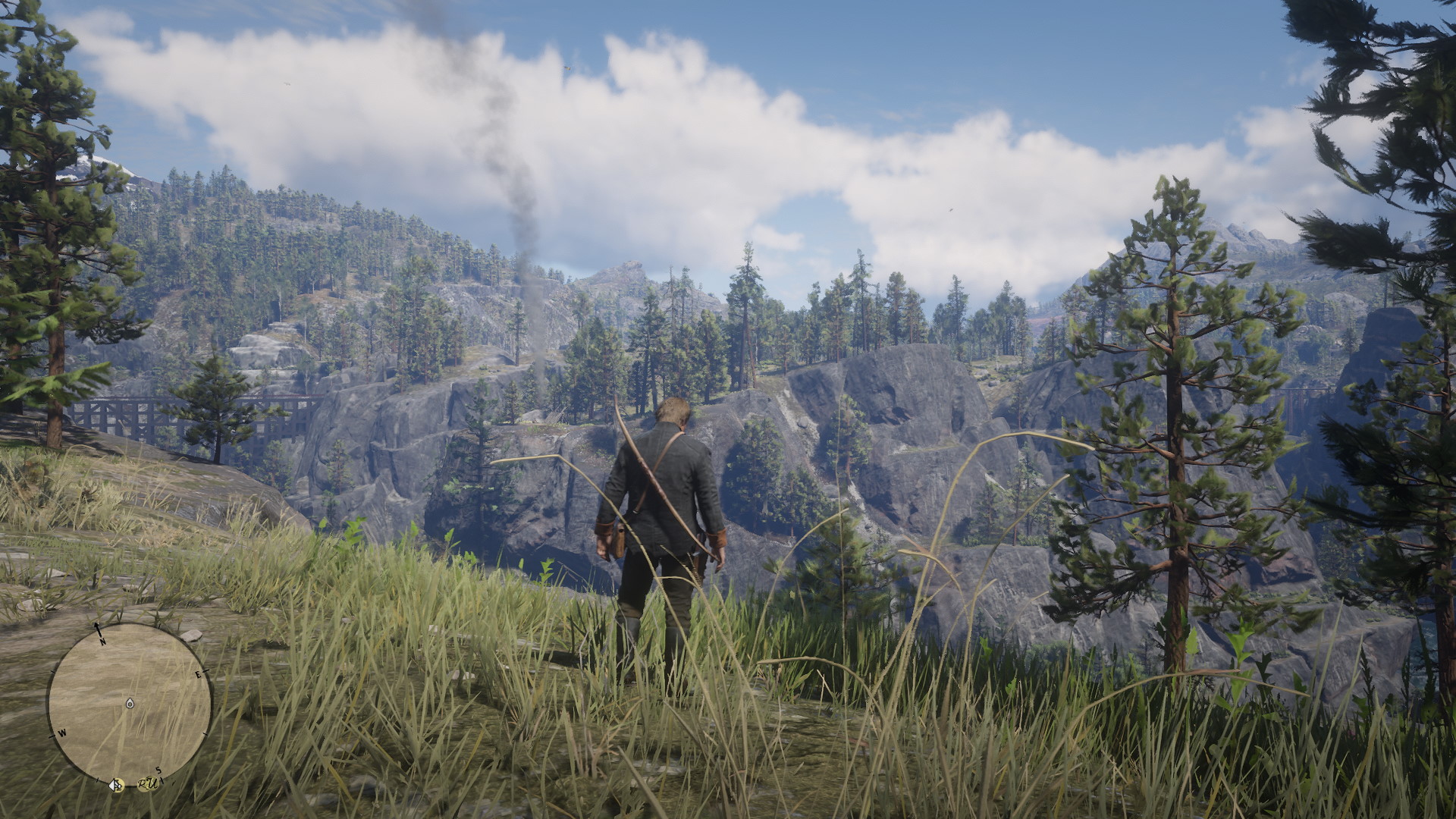 Visually the game is stunning. Having just upgraded to an RTX video card I was keen to see if this used it. Red Dead Redemption 2 doesn’t use RTX, but it doesn’t seem to need to. The developers have put some truly striking visuals in without the need for extra processing power. The way sun rays break through the trees in the early morning will find you just staring before you remember you have things to do. The soundtrack is right on target as well. That lovely western music just fills the background nicely and makes you feel like you could be stepping right into a Sergio Leone film. A lot of care has been taken with sound in this game, to the extent that the setup options really want to make sure that you are getting the optimal performance for the game, which is not surprising as sometimes you will receive audio cues as to where something is happening and being able to determine where that noise is coming from can make a difference in whether you can intervene or not. The only problem I’ve had with the game was on one occasion I got booted and the message once exited seemed to suggest that the reason was because the game could no longer communicate with the servers. Now if I had been playing a multiplayer game that would make perfect sense, if you can’t communicate with the servers you can’t determine what is going on with regard to the other players. But I was playing single player and it would be nice if rather than kicking me out of the game, it made a local log of my progress since the last server communication and then when communication was resumed it simply updated that way. I’d even be happy if when communication was lost it paused the game, stated the issued and warned that any progress might be lost as communication with the server was down and there may be issues tracking progress. But being kicked out seemed a bit abrubt. Having said that, the same issue also occurred with Call of Duty Modern Warfare so I am somewhat inclined to believe it was an issue with my NBN rather than strictly the game. The bottom line? I would heartily recommend this game to any Western Enthusiast or just anyone who would like to play some G.T.E. (Grand Theft Equus).