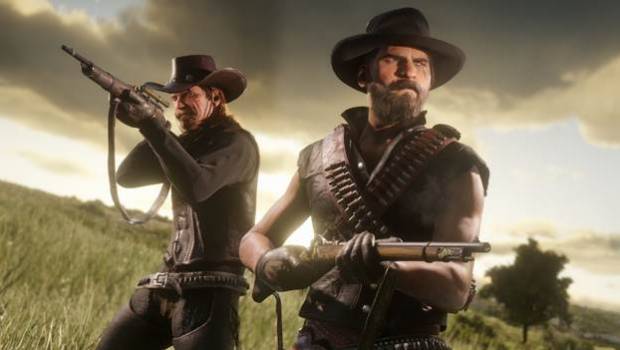 Howdy! Okay, I don’t really say howdy that often, but you might be adding it to your lexicon shortly after playing one of these games. We have a great refresh to your gaming priority list, so let’s jump in.

An unforgiving, authentic, open world game where each one of 60 players on a server follows a single goal: Survive as long as they can, by any means necessary. There are no superficial tips, waypoints, or help given to you. Every decision matters with no saves and no extra lives where mistakes can be lethal. Your choices and decisions will create a gameplay experience that’s completely unique.

America, 1899. Arthur Morgan and the Van der Linde gang are outlaws on the run. With federal agents and the best bounty hunters in the nation massing on their heels, the gang must rob, steal, and fight their way across the rugged heartland of America to survive. As deepening internal divisions threaten to tear the gang apart, Arthur must make a choice between his own ideals and loyalty to the gang who raised him. Includes access to Red Dead Online (Xbox Live Gold required).

Zidane and the Tantalus Theater Troupe have kidnapped Princess Garnet, the heir of Alexandria. To their surprise, however, the princess herself yearned to escape the castle. Through a series of unusual circumstances, she and her personal guard, Steiner, fall in with Zidane and set out on an incredible journey in this classic entry in the heralded Final Fantasy series.

Fractured Minds is an immersive artistic short game, exploring anxiety and mental health issues. Embark on a journey through the human psyche to experience the everyday challenges associated with these conditions.

Your new Perks are here!

Plus, Phantasy Star Online 2 is back with a monthly bonus including rare drop boosts and more! Plus for those who haven’t grabbed them yet, you can still get an Ori-inspired hull, flag, sail, and figurehead in Sea of Thieves, 5,000 MyTeam points and 30 skill boosts from NBA 2K20, a Warframe Xbox Starter Bundle and other great perks!

We’ve had a few surprise games arrive since we last spoke, so here’s a few that available for you to play right now!

As a newly qualified Furniture Arrangement and Relocation Technician, you’ll take on moving jobs across the busy town of Packmore. Smooth Moves may not be the biggest moving company, but there’s no task too dangerous or bizarre for this busy team of go-getters. Move through sleepy suburbs, frenzied farms, haunted houses, virtual reality, and lands beyond. Grow your business to brave new heights, recruit colourful customisable characters and save Packmore from furniture peril.

The first entry to the core series in 25 years with Axel, Blaze, Adam and new characters reunited to clean up the streets. With lush, hand-drawn animations, new combat abilities, and fresh tracks from an amazing team of composers, Streets of Rage 4 is a masterful tribute and revitalization of the classic action game fans adore.

It’s a gold prospector’s dream come true in the frozen mountains of Thermal, thebrand-new gold-filled free level for Human: Fall Flat. You and up to seven online friends can interact with massive mining machines and manipulate rising air thermals to traverse giant caves. Or you may find the soft glow of the campfire too comforting to leave behind.

The planet of DL-C1 has it all! Tropical beaches, lovely views, toxic waste, and killer robots. There’s only one person who can handle a job this dangerous and that’s the person sitting on the closest planet…you! So, pack your bags and get ready for a beach vacation! Use your Xbox Game Pass membership to get up to 10% off this new DLC for Journey to the Savage Planet.

If you want to give these games a proper send off, now is the time to get in some play time! However, if you’re not ready to say goodbye quite yet, you can use your membership discount to get any of these games for up to 20% off while they are still in our library.

If you or any friends haven’t checked out Xbox Game Pass Ultimate yet, there’s no better time than now – the first month is only $1, granting you access to all of these games and Perks! If you’re familiar with what we’re doing here, you already know where to stay up to date: Twitter and Instagram.