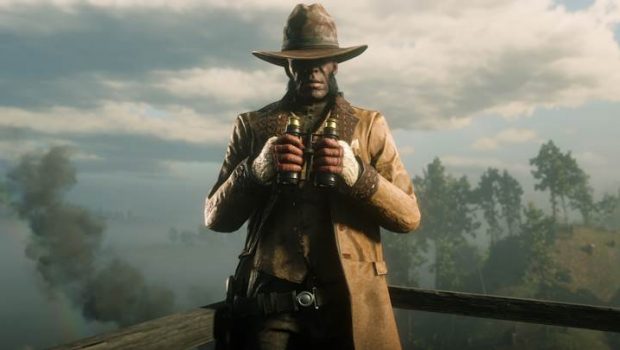 Plus PS4 Players Get Early Access to Open Target Races

Shoot targets while on horseback to pass checkpoints while racing and be first to finish in Target Races, today’s addition to the Red Dead Online Beta.

All players start out with a bow and arrow – as you race, each target you hit will increase your Horse’s Stamina – but you can also take advantage of strategic pickups along the courses. Ride through Stamina pickups to extend your Horse’s sprinting time or quickly recover from a drained Horse Stamina core. Weapons pickups dole out firearms with limited ammo supplies – use a shotgun blast to quickly and easily takeout a checkpoint target or turn that weapon against your competition. While players can lock-on to checkpoint targets, using weapons against other competitors will require proficiency with free-aim. If you’re trailing behind, ride in your competitor’s slipstream to regenerate Horse Stamina quickly and gain a slight speed boost, or if you’re defending a lead you can kick your competitors to reduce their Horse Stamina levels with a slight chance of being able to knock them down.  Launch Target Races from the Landing Page menu, using the Quick Join option or riding to a Featured Series sign post.

PlayStation 4 players get early access to Open Target Races, where you compete in an open space to take out all targets then race to the finish. You’re free to shoot targets in any order you wish, just keep an eye on how quickly your competition is knocking out targets and use the mini-map to know which target to hit next. PS4 players will also see the Special Series icon appear on the game map; the Special Series will appear whenever there is a PS4 early access mode and launch players directly into a series.

Whether you’re shooting your way through a Target Race, helping folks in need in Free Roam Missions, clearing Hideouts, hunting game, crafting supplies, or choosing the honorable (or dishonorable) path in A Land of Opportunities, the Red Dead Online Beta is dishing out a 20% boost on all XP earning activities. You can also take off 25% from everything in the Horse Care Section at the Stables and in the Wheeler, Rawson & Co Catalogue including medicines, revivers, stimulants and the trusty brush. Higher ranked players can always upgrade their saddles with 25% off Improved Saddles. Plus, look for the latest shipments of frontier worthy clothing:

Look for more additions to the Red Dead Online Beta in the weeks ahead, including new Showdown Modes Up In Smoke and Plunder, along with a big new update later this Spring.