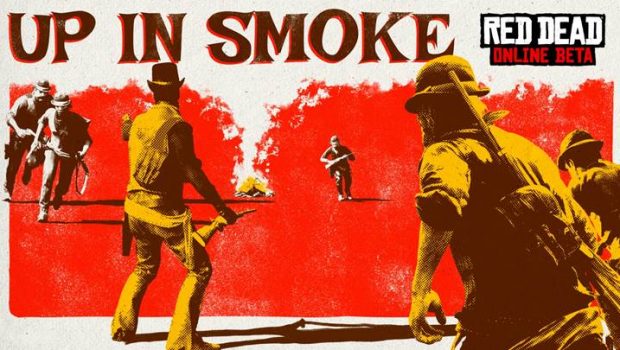 Destroy the enemy camp at all costs in Up In Smoke, the latest Showdown Mode added to the Red Dead Online Beta today. All players start out with an explosive package and each successful delivery to the opposing team’s base will detonate a piece of their camp. Deliver all of your packages and raze the competition’s base to the ground to claim victory.

This week’s featured bonus is a 30% XP boost on all Ability Cards. Ability Cards come in Dead Eye and Passive variants – Dead Eye Ability Cards grant special advantages while Dead Eye is active while Passive Ability Cards have unique Combat, Recovery or Defensive advantages – and each card has three available tiers. Rack up extra XP this week to reach the next tier faster, then upgrade the card to get an improved version of that ability. Ability Cards like To Fight Another Day, Strange Medicine and Slippery Bastard can all come in handy in Up in Smoke, equip them in your loadout while you’re fighting your way to deliver an explosive package behind enemy lines. Check out a primer on Ability Cards (and some other general combat tips) here.

This week’s additions to the Wheeler, Rawson and Co. Catalogue include:

Keep an eye on the Rockstar Newswire for more details on the Red Dead Online Beta in the coming weeks, including more info on our next update later this Spring.