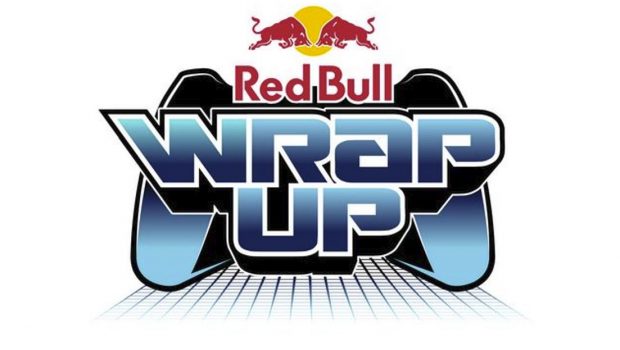 Consider yourself a trivia wiz when it comes to all things gaming? Now you can test your knowledge against some of the biggest names in Australian gaming as they go head-to-head to determine who has the best (or hilariously worst) video game know-how with Red Bull Wrap Up.

Whether you’re a retro game renegade or a modern day mage, there’s something for everyone in the half-hour game show where two teams battle it out for bragging rights of Wrap Up champions.

Former host of ABC cult-classic show “Good Game”, Stephanie is one of the most recognisable faces in Australian gaming and passionate about raising the profile of gaming and esports in mainstream Australia:

“I have adored games since I was a kid – they helped me find myself when I was a teen and  were a huge self-esteem booster for me. Naturally, I want to give back in whatever way I can by continuing to raise the profile of gaming here in Australia.”

Bendixsen described Red Bull Wrap Up as “straight up chaos”.

“It’s a comedy quiz trivia show that focuses on games where none of the points matter because I control who gets them and why, and it doesn’t necessarily have anything to do with having the right answers. It was chaos from the start, it got messier towards the end, and my face hurt from laughing. A highlight for me was the singing challenge where Jordan [Raskopoulos] did the Donkey Kong rap.”

Special guests for episode one include comedian, actor and singer Jordan Raskopoulos, whose impressive CV also includes making up one-third of comedy musical trio Axis of Awesome, being a star jammer for the Sydney Roller Derby League and playing Warhammer 40,000 since the age of 12.

“It was off the chain, I’ve never been so stimulated and challenged intellectually. I’m so sad it’s over,” said Jordan about Episode 1. “I think they might be able to convince me to come back for another one, so you’ll just have to keep watching the episodes to find out.”

Jordan was paired with professional esports commentator Geordie ‘Mac’ McAleer – THE Moustache of esports. Mcaleer brought his A game and wealth of knowledge to Red Bull Wrap Up as a professional Counter-Strike commentator with an event resume covering IEM Sydney, ESL One Cologne, ESL Pro League and the host of the League of Legends Circuit Oceania.

“I had a really great time with Jordan, especially our performance for the Finish This segment where we had to complete a game soundtrack. I got to be percussion to our song, and that was really fun, and Jordan absolutely killed the vocals.”

On the other team was former Channel V star and Chief of Banter Danny Clayton, who, along with his trademark larrikin charm and wealth of media experience, brings a newcomer perspective to gaming:

“Honestly, I am a casual gamer at best, so Red Bull Wrap Up has been a cultural crash course for me. It was lots of fun, I found myself giggling a lot, like a schoolkid, it was very difficult to hold a straight face,” says Clayton.

Danny joined forces with journalist, presenter and self-confessed “musical theatre tragic” Stephanie Panecasio, who works across tech, culture, science and games, frequently writing about how society responds to subcultures and internet phenomena. Her favourite games are lore-filled RPGs and she will always have a special place in her heart for Garrus Vakarian.

“I didn’t embarrass myself as much as I thought I would, and I would say viewers can expect to be very entertained and quite happy with their own general gaming knowledge, because they would probably know more than us!” says Panecasio.

Red Bull Wrap Up launched January 27 with Episode 2 due to air February 16. Stay tuned in 2022 for more exciting episodes.