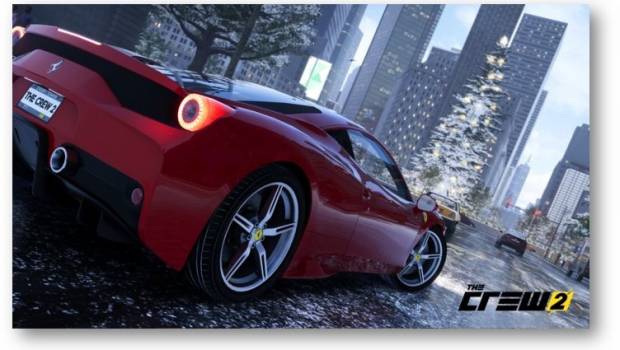 SYDNEY, Australia — June 21, 2018 — Ubisoft and Red Bull Media House have announced a new event called “Face Your Ride” that gives players the chance to experience in real life the crazy rides they perform in The Crew 2, the newest iteration in the revolutionary open-world driving franchise. To celebrate the game’s upcoming Open Beta taking place from June 21-25 on PlayStation 4, Xbox One and Windows PC, players will be able to submit their best stunts on faceyourride.com for a chance to live it for real with Bryce Menzies, Red Bull’s Trophy Truck driver.* Players can pre-load the beta now at http://thecrewgame.com/beta.

Ubisoft and Red Bull first collaborated in 2016 at the occasion of the launch of SteepTM, an open world action sports game featuring ski, snowboard, and a wide range of extreme mountain sports. With its longstanding and deep involvement within motorsports, Red Bull was the most credible partner for The Crew 2, the second installment of a franchise that embodies the passion for motorsports, for thrilling experiences, and the desire to share those experiences with the world.

“On The Crew 2, we have been collaborating with more than 50 prestigious brands, making our world more realistic than ever before,” said Stéphane Jankowski, Producer at Ubisoft Ivory Tower. “With Red Bull Media House, we were able to take the collaboration even further and go beyond video game play to real-life experiences. Face Your Ride is a perfect way for us to further connect our game with the reality of today’s motorsports scene.”

In addition, all The Crew 2 Open Beta players will have the opportunity to compete in one of the game’s 4 Red Bull Drift Shifters events and drive several official Red Bull vehicles in the game’s massive open world, including the Formula 1 RB13, a Red Bull buggy, Bryce Menzies pre-runner truck and more. Players will see more Red Bull content in the game in the months ahead.

The Crew 2 will release on PlayStation 4, Xbox One and PC on June 29 and is available for pre order now on all digital stores. Players pre ordering the game Gold Edition now will get three days of early access starting June 26.**

Developed by Ubisoft Ivory Tower,*** a studio based in Lyon, France, The Crew 2 will let players experience the thrill of the American motorsports spirit inside a fully redesigned USA. The game’s playground pushes physical boundaries to let driving and open world fans test their skills, solo or with friends, in nonstop competition and exploration. From coast to coast, drivers will explore America and compete to become the greatest motorsports champion by collecting a wide variety of exotic cars, bikes, boats and planes, and dominating the motorsports scene on the land, on the water and in the air. They will find challenges and inspiration among four different motorsports families: street racing, off-road, pro racing and freestyle, and will be given a broad set of options among a wide selection of vehicle types.