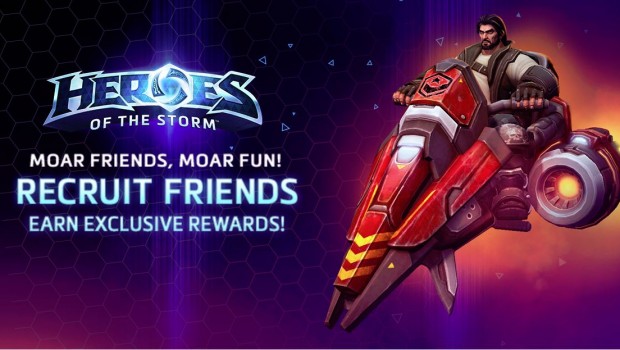 Recruit a Friend to the Nexus! Heroes of the Storm 50% off sale extended!

Even the mightiest Heroes know that it’s foolish to stand alone while battling in the Nexus. Rally your friends and fight side-by-side for glory, honour, and some epic rewards! To help get you started, and to kick off the launch of Recruit a Friend for Heroes of the Storm, there will be a 50% bonus XP week from Dec 9 – 17 in all regions.

We’re also excited to announce that the current 50% discount on all Heroes, Mounts, and Skins that arrived with our holiday sale –including the new 360 Day Stimpack– will remain in place through the end of the year! What’s more, any brand new items released during this time will also be available at 50% off their normal real-money prices.

How Recruit A Friend it Works: