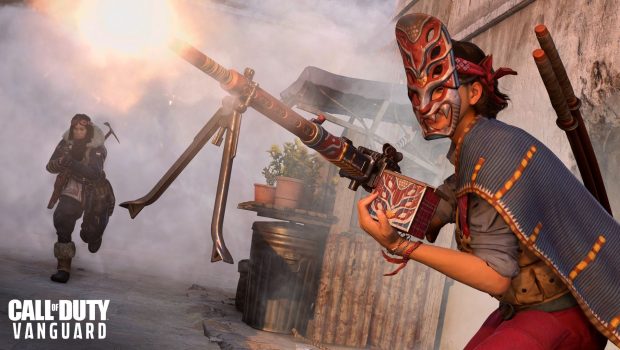 Lock and reload with the massive Season Two Reloaded update for Call of Duty: Vanguard and Warzone, going live from tomorrow AEDT/NZDT.

From a new mode featuring vehicular combat to Rebirth Island’s biggest update since its launch, Operators may need to call for backup even with all of Task Force Yeti on the scene… Prepare for a new mission across the Alps, and look for two new weapons and additional Bundles in the Store.

In Warzone, prepare for the below and more to go live in game following an update on 24 March at 3am AEDT/5am NZDT:

The action will begin in Vanguard following an update on 23 March at 3am AEDT/5am NZDT. See below for some of what’s to come:

For more information on everything coming to Vanguard and Warzone with Season Two Reloaded, check out the blog.

We’re just as excited as you are to reintroduce one of the most iconic rappers alive to Call of Duty. We know it’s kind of hard being Snoop D-O-Double-G, but it’s also tough keeping the community waiting on official details for his Vanguard and Warzone Bundle. Snoop Dogg — aka the Doggfather, FKA Snoop Lion, and the now owner of Death Row Records — is returning to Call of Duty nearly a decade after lending his voice to the franchise as a Voice Pack in Call of Duty: Ghosts. Only this time, he’s his own one-man Task Force, and he’s getting off the mic to drop in like it’s hot all over Warzone and Vanguard.

Prepare to fight as the D-O-Double G, and you don’t need any Signs to see “it’s legit — you know it’s a hit.” More information can be found here.