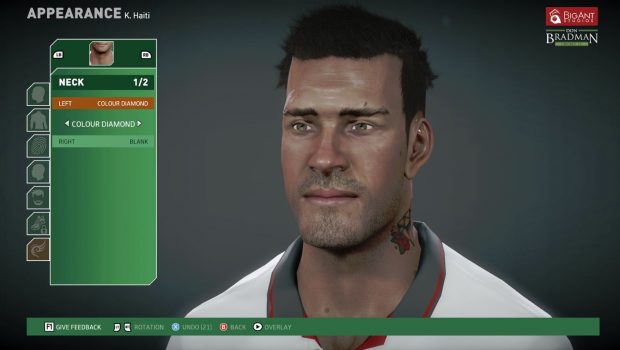 The most realistic cricket game of all time returns in December, and you can get a taste for it today!

Melbourne, Australia, 26 May 2016 – In the lead up to the launch of the most lifelike cricket game ever designed, Don Bradman Cricket 17, Home Entertainment Suppliers Pty Ltd (HES) and video game developer, Big Ant Studios, have today announced that the successor to Don Bradman Cricket 14 shall be released later this year and that fans can get a taste of the action from today with the free Don Bradman Cricket Academy available now.

Don Bradman Cricket 17 features a new lighting system that creates the most true-to-life characters yet, photo realistic skin tones, and 30 per cent more controls than in the predecessor for gamers to further refine their players. For the first time, gamers will be able to give their players tattoos enabling them to recreate their cricketing heroes and local club into the game with complete precision for the first time. Importing cricket players from the previous Don Bradman Cricket title also allows a seamless transition to the new Don Bradman Cricket 17 game for veterans making the upgrade.

Ross Symons, CEO of Big Ant Studios, said, “The first Don Bradman Cricket got us off to a great start, providing players with an authentic, exciting game of cricket that allowed them to feel like they were standing in the middle of the oval, right on the pitch. Now, we’re taking that realism further with the advanced new engine we have developed this year. The impending release of the Don Bradman Cricket Academy will give players a taste of just how far things have come.”

The Academy will also give gamers a sense of what the final Don Bradman Cricket 17 will look and feel like with its new engine, as Big Ant Studios will continue to update the application in the lead up to the big release, including the addition of playable content.

“Cricket is a sport that is loved across the globe and works so well as a video game. We are absolutely committed to growing the game and giving players the best possible cricket experience possible,” Symons said.

The release of Don Bradman Cricket 17 in December on PlayStation4, Xbox One and PC will allow cricket fans to get stuck right into their sport right in the heat of the season. “Home Entertainment Suppliers is proud to be publishing the most authentic and realistic cricket game that we have ever seen,” Sebastian Giompaolo, Managing Director for HES, said. “This game is bigger and better than the previous release in every way, and we look forward to sharing more details about innovations to the cricket genre in the lead up to its release.