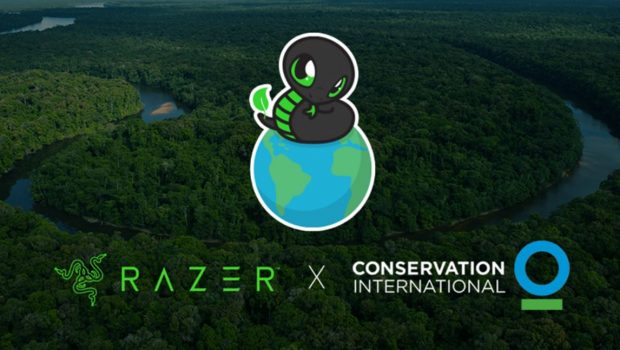 Razer™, the leading global lifestyle brand for gamers (Hong Kong Stock Code: 1337), is celebrating protecting one million trees, a milestone that had been set as a part of its campaign with environmental nonprofit organization, Conservation International. To mark the occasion, Razer has also released the highly anticipated Sneki Snek hoodie and announced its new even more ambitious target of saving ten million trees.

The partnership between Razer and Conservation International is a part of the company’s ten-year sustainability plan #GoGreenWithRazer, which aims to preserve nature and protect the environment. Together with the Razer community, the organizations have helped protect around 4,000 acres of forest, roughly around the size of 3,000 American football fields. The campaign leverages the fandom of Razer’s sustainability mascot, Sneki Snek, to rally the community behind its tree saving efforts. What started off as a doodle by one of Razer’s designers, Sneki Snek has since spawned into countless memes, has been featured in plenty of tattoos, and even got a dedicated fan page set up by the community. For every Sneki Snek merchandise sold, Razer has been donating a part of the proceeds to support Conservation International’s work to protect forests globally.

“We couldn’t have achieved this milestone without our passionate community,” says Addie Tan, Associate Director of Business Development at Razer. “In fact, our initial goal was to save 100,000 trees but our community of gamers achieved that in a matter of weeks, and we knew that together we could accomplish so much more. Now that we’ve helped save one million trees, we are excited about what’s coming next as we gear up for our next challenge: to save ten million trees.”

In true Razer fashion, the brand has now set its sights on an even bigger target of saving ten million trees and will keep working with Conservation International to realize that goal. Razer will also continue the tradition of celebrating milestones with exclusive Sneki Snek merchandise, so for every 250,000 trees saved, Razer will release a new merch and donate part of the proceeds to help Conservation International protect forests. The environmental impact of this new goal includes saving nearly 40,000 acres of forest and the endangered species that depend on that ecosystem for survival.

“Protecting nature is one of the most important things we can do to address climate change and support biodiversity,” said Sarah Cragg, Partnership and Marketing Director, Asia Pacific, at Conservation International. “Razer’s effort is raising awareness of the challenges facing our planet and also providing its community a clear way to take action. We are deeply grateful for the community’s response and excited to take this challenge to the next level.”

As a part of #GoGreenWithRazer’s ‘Green Community’ initiatives, the company seeks to not only empower its community by giving them the opportunities to make a difference and contribute to its green causes, but also with knowledge. Last year Razer released a new Sneki Snek cartoon series to teach its community about the environmental challenges threatening our planet and what they can do to help. The first episode of season one was on Deforestation, which highlights the importance of preserving the environment which many species depend on for survival, a cause that is very near to Sneki Snek’s heart