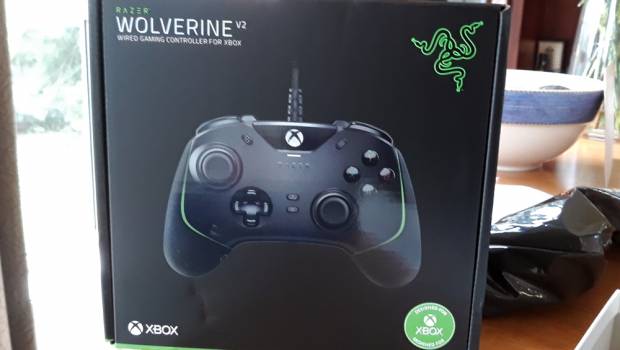 Summary: The Razer Wolverine V2 is hands down the most comfortable console gaming controller I’ve ever used on any console.

With the release of the new generation of Xbox consoles, now is the time to step up your gaming experience and what better way to get ahead of the competition than with the new Razer Wolverine V2 Xbox controller. Featuring 4 programable buttons, adjustable trigger locks, lightweight design, and the most comfortable design you’ll ever come across, the Wolverine V2 is without a doubt a gamechanger for PC and Console Gamers.

From the moment you unbox the Razer Wolverine V2, it’s obvious that this isn’t your average Xbox controller. While it may not have the flashy LED lights that can be found on many of Razer’s other products, the sleek green trimlines and matte black finish really sets this controller apart from others. Holding the controller, gamers will quickly notice the modified hand grips that offer a much more natural and comfortable hand position. Unlike the Xbox One X/S and Series X/S controllers that have a much more flat feel, the underbelly of the V2 has been etched away allowing the hands to naturally wrap around the handles. To add further comfort to the improved design, the Wolverine V2 comes fitted with padded grips around both handles but only covering the key areas where the palm of the hand and two inner fingers naturally grip the controller. This in turn provides better comfort for those who often get sweaty palms while gaming but without restricting or hindering the movement of the thumbs and trigger fingers. 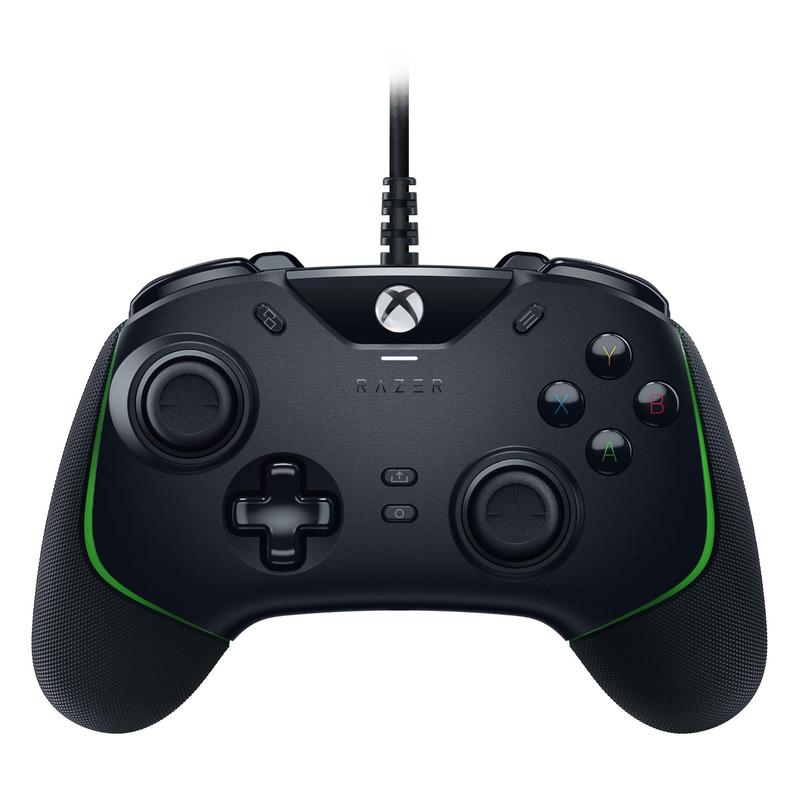 Like previous models in the Razer Wolverine product line, the V2 is a wired USB controller that uses a profile system to setup different configurations and button layouts via the official Razer Controller Setup app that can be used on both PC and Xbox. Within the app, players can create their own configuration profiles for different games or play styles, adjusting everything from individual thumb stick sensitivity, vibration intensity, and button layouts. The best feature is that the custom profiles are saved directly onto the controller, meaning that gamers don’t require an account or login credentials in order to utilise the app when switching between console an PC gaming. As long as the app is installed, players are able to swap profiles and make any changes needed. However, if the app isn’t installed, the Wolverine V2 will continue to use the whichever profile was last used. 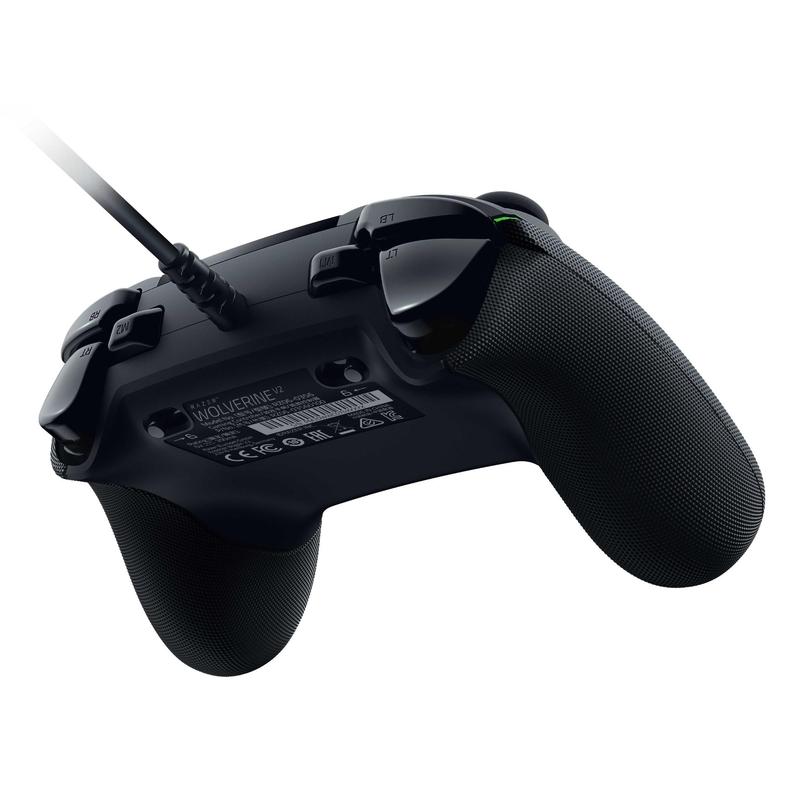 Programming the Razer Wolverine V2 is quite a simple process regardless of what platform you are plugged it into. The app will auto detect the connected controller and load up the customisation options. Without question, the most important part of programming the controller is assigning the functions of its 4 programable buttons. Located on the front of the controller, sitting on the inside but still nested between the top bumpers and lower triggers are 2 additional buttons. Known as the middle buttons (M1 and M2), the two buttons act as a secondary set of bumper buttons, primarily used by the pointer fingers. These buttons can be assigned either a mimic function where they act as a duplicate button or be assigned one of three thumb stick toggle functions. When assigned a toggle function, pressing the button will change the sensitivity of either or both thumb sticks, making their movement much slower and allowing players to move with more precision. This feature is something that many FPS and E-Sports players might find handy when precision accuracy is a key factor. 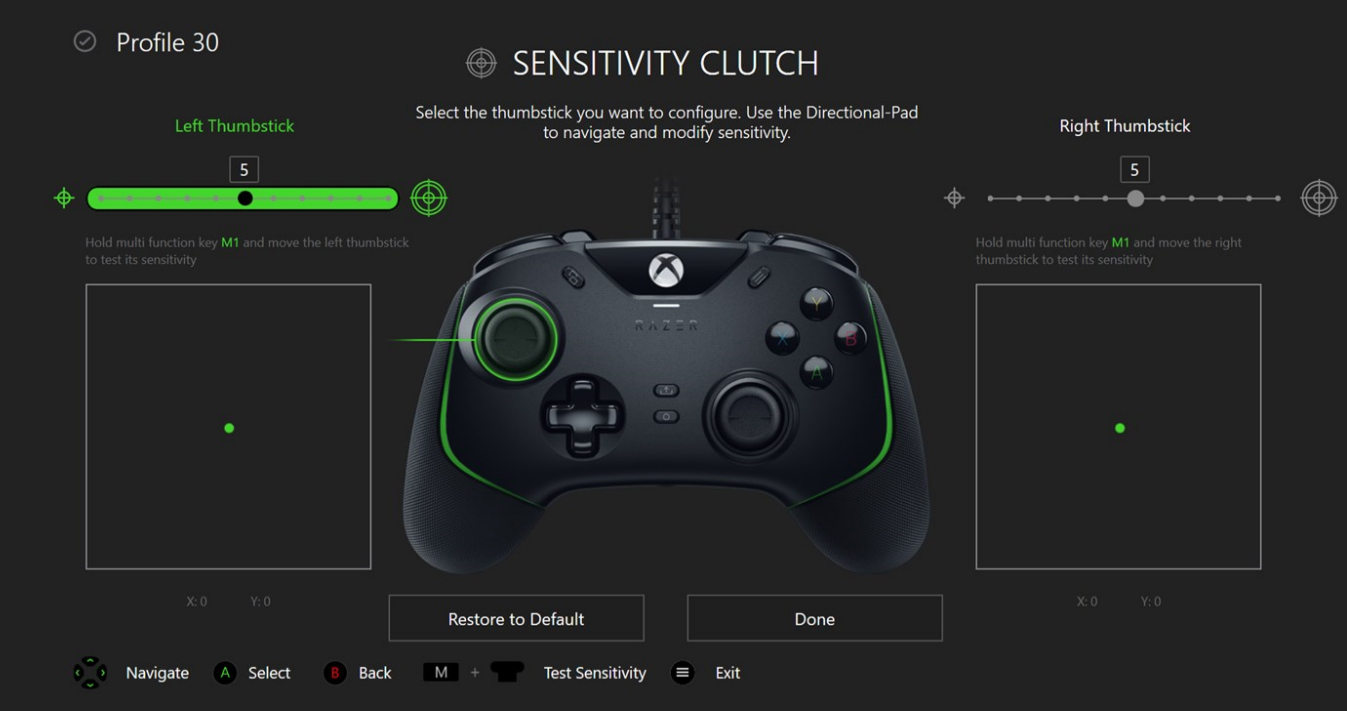 The other two programable buttons are the pause and menu buttons that you’d find on every Xbox controller. However, Razer has repositioned these buttons to sit diagonally on either side of the Xbox button, sitting closer towards the front of the controller. Personally, I find this to be a bit inconvenient and it’s difficult to figure out what purpose this could serve. In games such as “Assassin’s Creed: Valhalla” or upcoming games like “Cyberpunk 2077” and “Halo: Infinite”, where the player is going to be involved in intense combat situations, having the front middle buttons will be a huge benefit to many gamers. However, given that all of these games are open world, having quick and easy access to the map is also going to be vital and something players would use frequently. But that said, the menu button can actually be assigned to the middle buttons, making it quicker for gamers to access the map on the fly. During my play of Assassin’s Creed: Valhalla, I used the middle buttons for quickly accessing the map and using egal vision. Not having to press and hold the right thumb stick whilst panning the camera makes a huge difference when trying to multitask on multiple actions that have overlapping controls.

Regardless of how you use the programable buttons, the rest of the standard Xbox controller buttons are still quite impressive. All buttons have a much nicer feel to them compared to a standard Xbox controller. Pressing the ABXY buttons in particular, players will quickly notice how much firmer the buttons feel compared to the standard controller. Comparing the two is the equivalent of comparing a cheap $20 keyboard to a purpose-built gaming keyboard. Furthermore, the triggers have been designed with an enhanced and smoother curve, making each button feel more natural to hold and reducing the likelihood of finger slips or dropping the controller. Underneath the controller are a set of switches that toggle each triggers sensitivity, changing the triggers from a traditional pressure sensor to an ultrasensitive hair trigger, a feature that is very popular amongst FPS players.

The Razer Wolverine V2 is hands down the most comfortable console gaming controller I’ve ever used on any console. By increasing the arch of the hand grips and front triggers, the V2 sits much more comfortably in your hands, working with the natural curvature of the palms and fingers. Gamers who play on multiple platforms will make great use of the on-board profile system that stores all of the user’s profiles locally rather than having it synced to a user account or console. Looking at the Razer Wolverine V2, there are quite a number of features that would easily appeal to PC and Xbox gamers who are looking for a way to enhance their gaming performance and experience. I would definitely recommend this controller to anyone who is keen on playing competitive game genres such as FPS, racing, and 3rd person shooters.