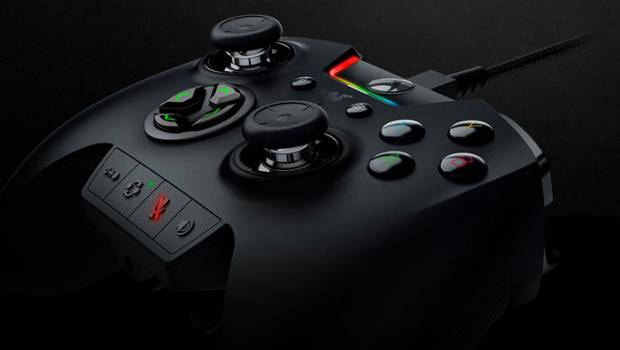 With a RRP of $229.95AUD (Dec 2017), the Razer Wolverine Ultimate Controller has been crafted for Windows 10 and Xbox One/S/X gamers. At its core, it is a premium gaming controller that is an all-round well designed product and more importantly, it feels very comfortable to use and will hopefully give you the edge while you play in your virtual worlds. 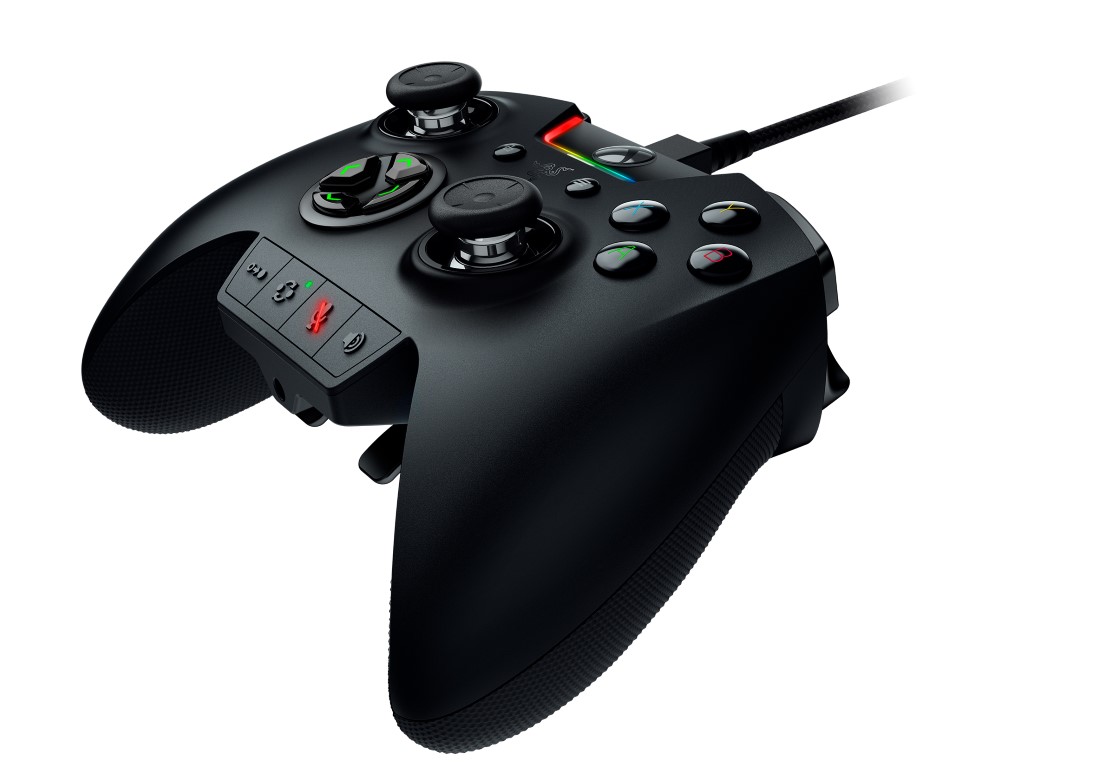 Out of the box, the appearance of the Razer Wolverine Ultimate Controller definitely screams elite gamer from its appearance, programmable buttons and it even supports this company’s Chroma RGB lighting of up to 16.8 million colours and super cool effects which increases the aesthetics of this product thanks to its light bar near the top. I also like the striking black colouring of the controller which gives it that high-end appearance with some great attention to detail on the buttons and placement. 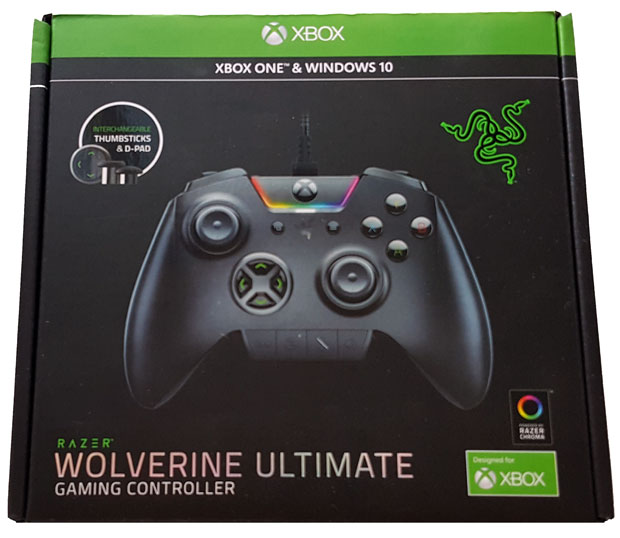 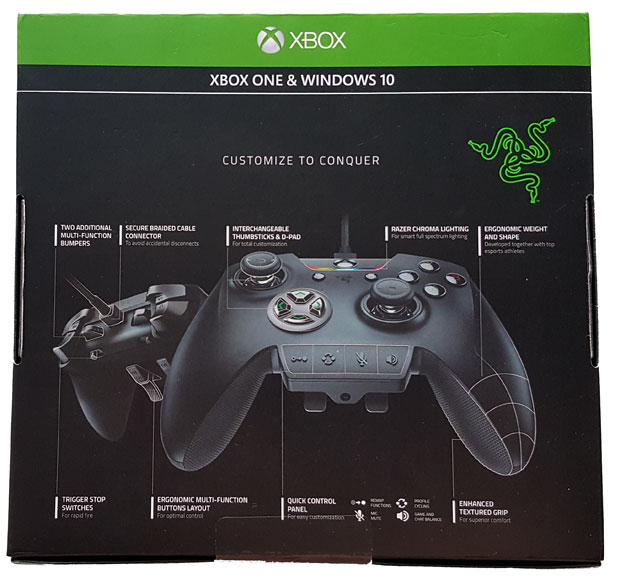 The size of the Wolverine measures at 106 mm (Length) x 156 mm (Width) x 66 mm (Height) which comes with a very long detachable braided cable of 3 metres. In terms of weight, the Wolverine is just 272 grams which feels good and not too heavy, particularly for longer gaming sessions. Interestingly, the controller is actually 21% lighter than the Xbox Elite controller at 348 grams.

For additional control over this gaming controller, Razer have included textured grips that makes holding the Wolverine more secure. You can even connect headphones (with a mic) to the controller thanks to the audio port. Add in a carry case and Razer ensure that the gamer has everything they need for playing at home or out and about. 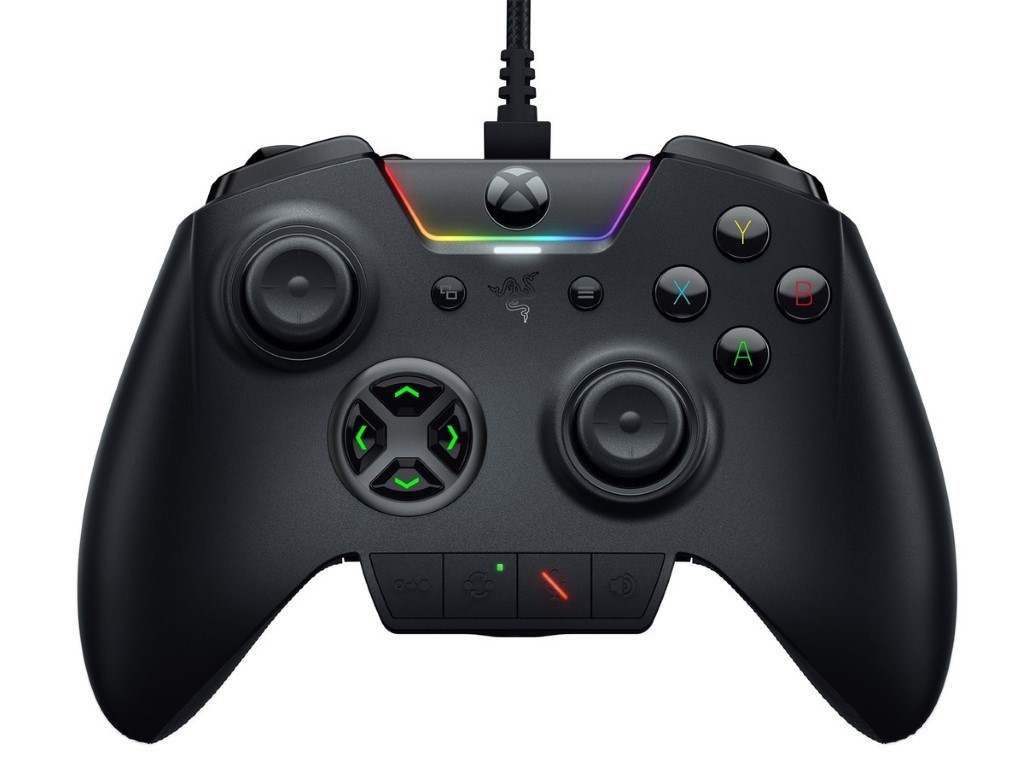 However you’re probably wanting to know what’s it play like?

Pressing the buttons, accessing the triggers, using the D-pad and controlling the analog sticks not only feel responsive but have enough click to make you feel like you are in control. The layout of the controls has been well thought-out and everything has a place, particularly the programmable triggers on the back of the controller which we found very useful. In total, there are 6 multi-functional buttons that are the 2 shoulder hyperesponse multi-function bumpers and 4 multi-function triggers.

With that said, the programmable buttons can be remapped on the fly or via the Synapse XBox app. Fans of first person shooters will appreciate the hair trigger mode with trigger stops, particularly when the enemy start coming in droves. Also, the controller thumb sticks and d-pad can be swapped thanks to the magnets which surprisingly are quite sturdy. Further adding to this are the different thumbsticks (height/shape) and smaller d-pad which allows you to tailor your gaming, especially the tilting option that have been designed for fighting games. 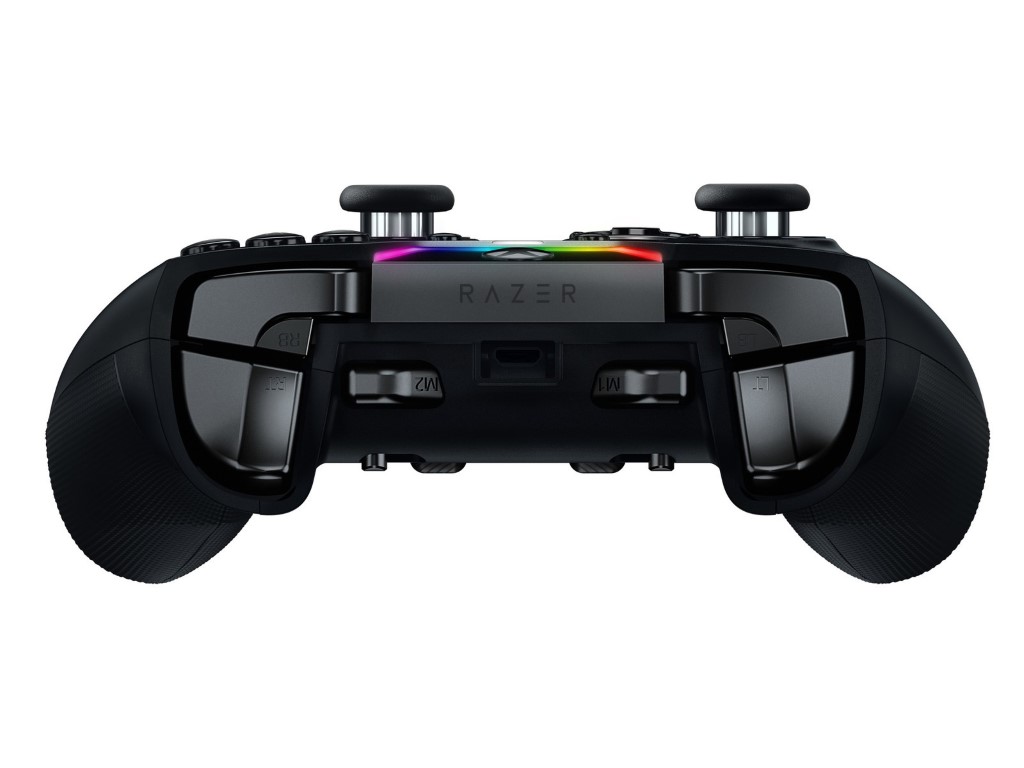 We mainly tested the controller on the Xbox One X with games that included Assassin’s Creed Origins, Gears of War 4, Injustice 2 and Killer Instinct. For shooters like Gears of War and Call of Duty WWII, we found the use of additional buttons mana from gaming heaven as it allowed us to fine-tune our gaming, mainly in terms of navigating the in-game environment. I also found the smaller d-pad great for racers and not just fighting games like Injustice 2 or Tekken 7.

I commend Razer on their remapping process which is done by pressing the remap button and then the button you want remapped which can easily be done on the fly. Furthermore, there’s options for changing the chat volume and switching profiles as well. As mentioned, to fine-tune the Wolverine on the Xbox One, you do need to download the free Razer Synapse app which allows you to create controller profiles, change the sensitivity, modify the sound options and dabble with the great Chroma lighting effects.

As a controller, the Razer Wolverine Ultimate Controller ticks all the right boxes for gaming, especially when it comes to customisation options and more importantly, it’s very responsive and feels good to use, even for longer than average gaming sessions. With the inclusion of the Xbox One app, it gives the player additional control over this product and I love how you can change the sensitivity and of course, the inclusion of all the different Chroma lighting effects.

Complementing the controller is a 12-month warranty from Razer which gives the user some additional piece of mind that this product will last for a considerable amount of time. The only slight shortfall which is really a moot point is the lack of wireless but thankfully the included cable is more than ample, especially at 3 metres. So if you’re looking for a Windows 10 and Xbox One/S/S controller with high-end functionality, the Razer Wolverine Ultimate Controller hits the target perfectly!

For more information and to purchase it, please visit https://www2.razerzone.com/au-en/store/razer-wolverine-ultimate-for-xbox-one 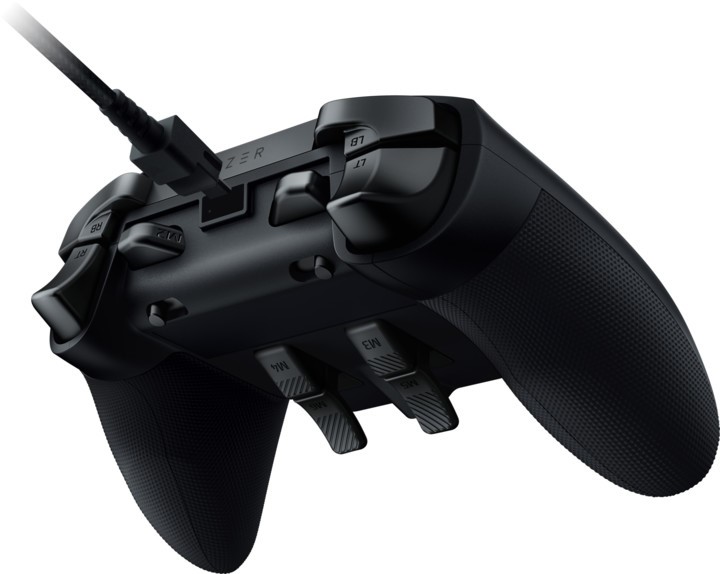