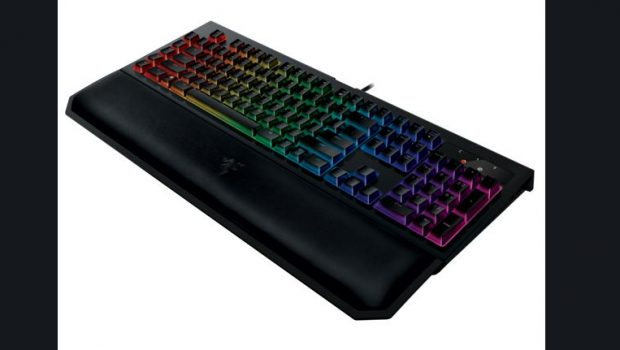 Originally launched in 2010, Razer BlackWidow mechanical keyboards quickly became the world’s most popular gaming keyboard and the de facto choice of professional gamers everywhere. Razer began manufacturing its own mechanical switches in 2014 – the Razer Green and Razer Orange switch – that set benchmarks in the industry for gaming-optimized actuation and reset responsiveness and superior durability.

The Razer BlackWidow V2 continues the legacy of offering the best tactile switches with the Green and Orange variants, and adds an alternative – the Razer Yellow switch. Its linear and silent design and reduced travel distance allows keys to be pressed faster than ever before. The new switch’s feel and properties are meant for FPS and MOBA players who press certain keys thousands of times over the course of a match session.

The Razer Yellow switch, like the Green and Orange switches, is rated to 80 million keystrokes, the highest mark amongst current generation mechanical switches and one that is meant to last years longer than any other mechanical switch.

The Razer BlackWidow V2’s durability is matched by the comfort it offers. A newly included magnetic wrist rest optionally attaches to the bottom of BlackWidow V2 keyboard and helps keep gamers comfortable during marathon gaming sessions.

“We’ve made improvements across the board and are still the only company designing keyboard switches made specifically for gaming,” says Min-Liang Tan, Razer co-founder and CEO. “The Razer BlackWidow Chroma V2 builds on the legacy we started in 2010 with the original BlackWidow by offering legendary durability and comfort. This is the best mechanical keyboard we’ve ever produced.”