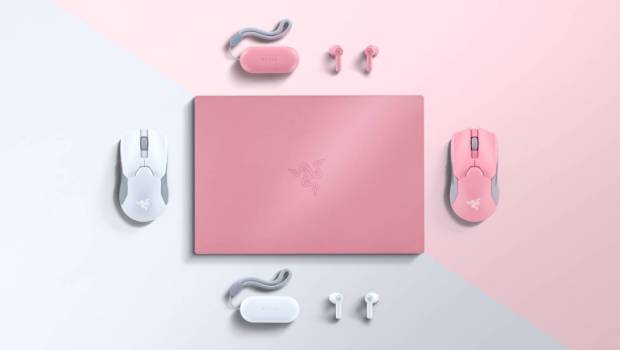 Razer’s latest high-performance gaming gear will now be given all-new colour treatments. With the cult-favorite Razer Quartz colourway and the classy, minimalist Razer Mercury collection, gamers can now make a statement with a clean, sleek gaming set-up. The new colour collections will include:

Razer’s powerful system offerings will also be given a splash of paint:

For more information, please see here for Quartz and here for Mercury.

Launched in 2017 and 2018 respectively, the Razer Mercury and Razer Quartz editions have captivated streamers and gamers worldwide. Razer has now updated the collections to equip fashion-conscious gamers with the latest gaming gear for optimal performance.

Available from September 17 onwards, the Razer Viper Ultimate Mercury and Razer Hammerhead True Wireless Quartz will only be available at Razer.com.

The Razer Viper Ultimate Quartz and Razer Hammerhead True Wireless Mercury will be available at Razer.com and authorised resellers.

The Razer Blade 15 Quartz gaming laptop will be available in the United States, Canada, Australia, Singapore, Hong Kong, and China in October at Razer.com.

The Razer Core X and Laptop Stand in Mercury will be available at Razer.com and authorised resellers.