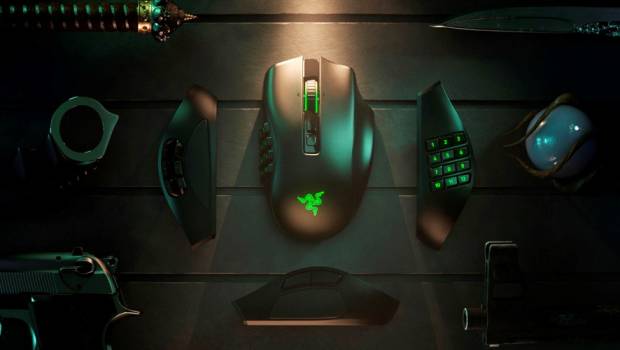 Summary: The Razer Naga Pro Wireless Gaming Mouse has all the right features, at just the right price.

In the middle of writing this review, I realised that I’m inching closer and closer to becoming a full-blown Razer fanatic. I never really noticed just how many Razer products I use every day in my gaming setup and when I took a moment to take stock of it all, I was a little surprised. My wireless headphones, microphone and previous mouse have all been acquired at various points in years past and have survived many years of exposure to my furious gaming habits. As a self-admitted frugal gamer, I tend to only upgrade accessories and components when absolutely necessary, and I tend to go for the product that offers the most bang for your buck. Which might explain why my Razer accessories have lasted so long, while my keyboard and monitor seem to be on an almost annual upgrade cycle. And now with the release of the Razer Naga Pro wireless gaming mouse, I can rest easy knowing that it will be a very long time before I need to upgrade to a new mouse. 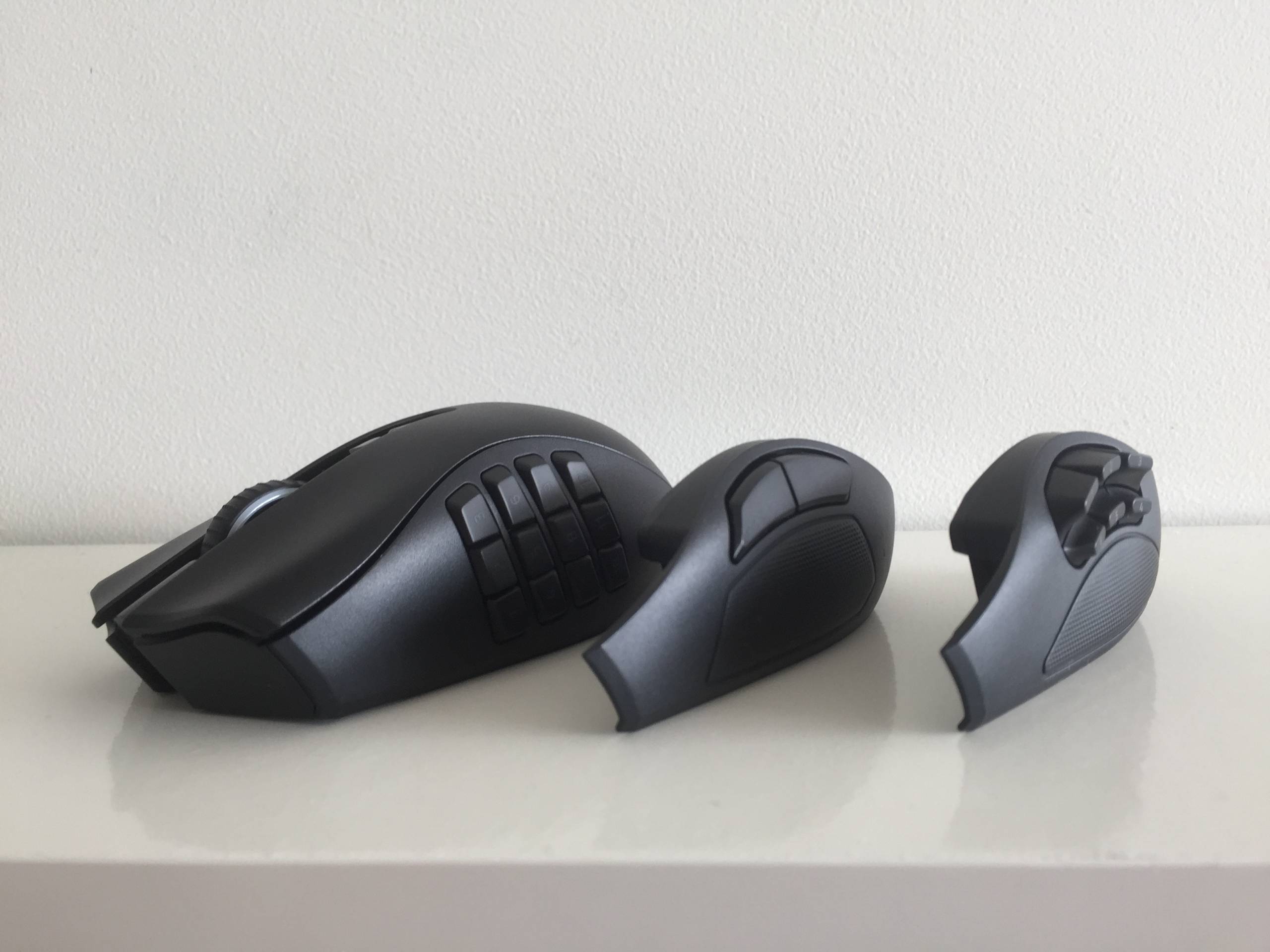 The Razer Naga Pro is an astoundingly feature packed gaming mouse, but the headline feature is the interchangeable modular side plates. Traditionally, the gaming mouse you purchased was often motivated by the types of games you played most, as the button array on the side was designed for specific types of games in mind. If you mostly played MMO’s, you’d probably be looking at a mouse with a dozen or so buttons on the side to manage your ability bars. Or if you mostly played First-Person Shooters, you’d likely want a minimal design with only a few buttons on the side that can be quickly pressed reflexively. RTS players might want something in between these two configurations to assist in their unit micro-management. 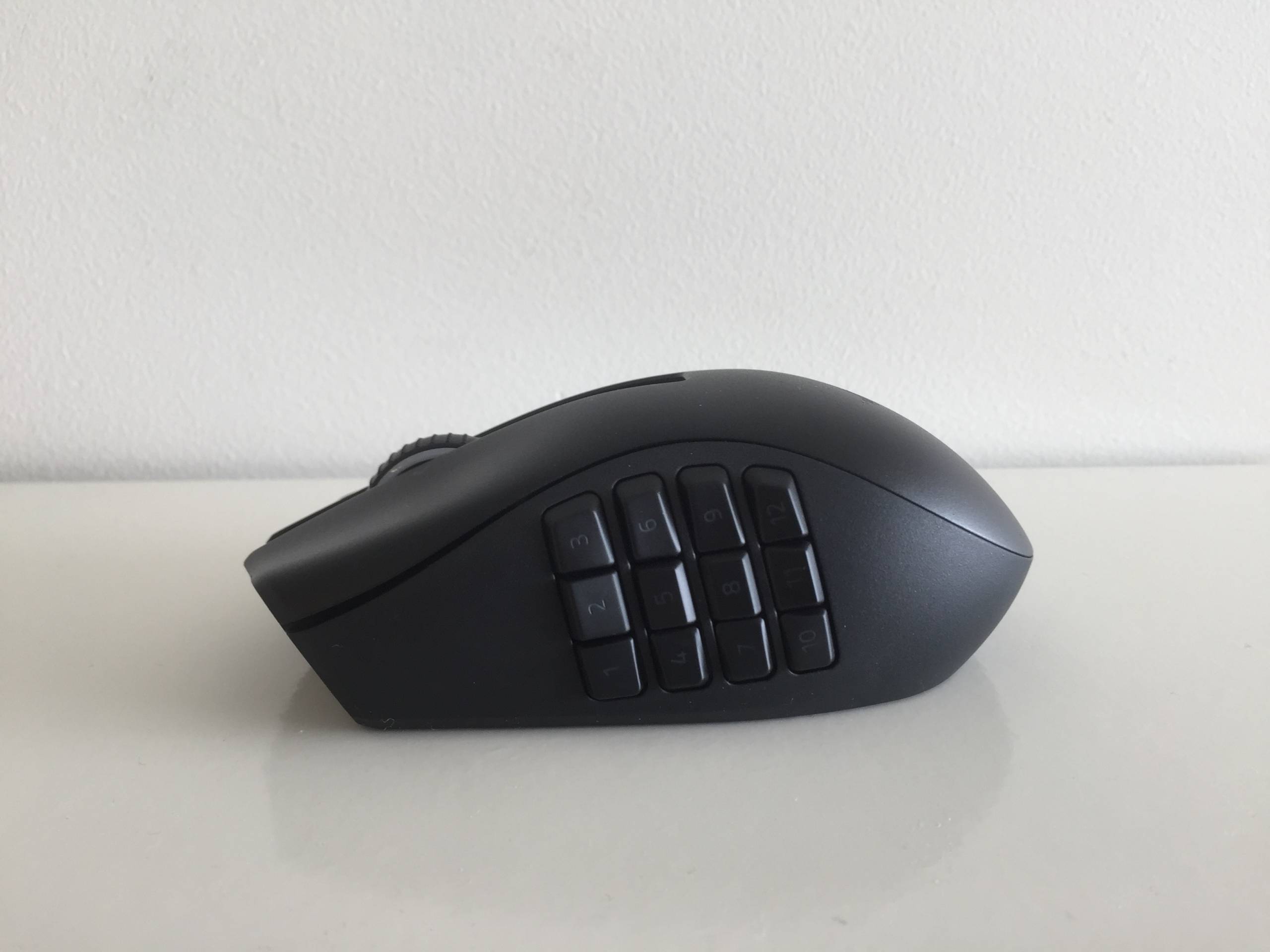 Razer recognised that PC players tend to enjoy games across a variety of genres, so purchasing a gaming mouse designed to suit a single type of game is too impractical for most people. Thus the Razer Naga Pro was born, and with it the ability to quickly and easily swap out the button array on the side of the mouse to suit whatever type of game you want to play. 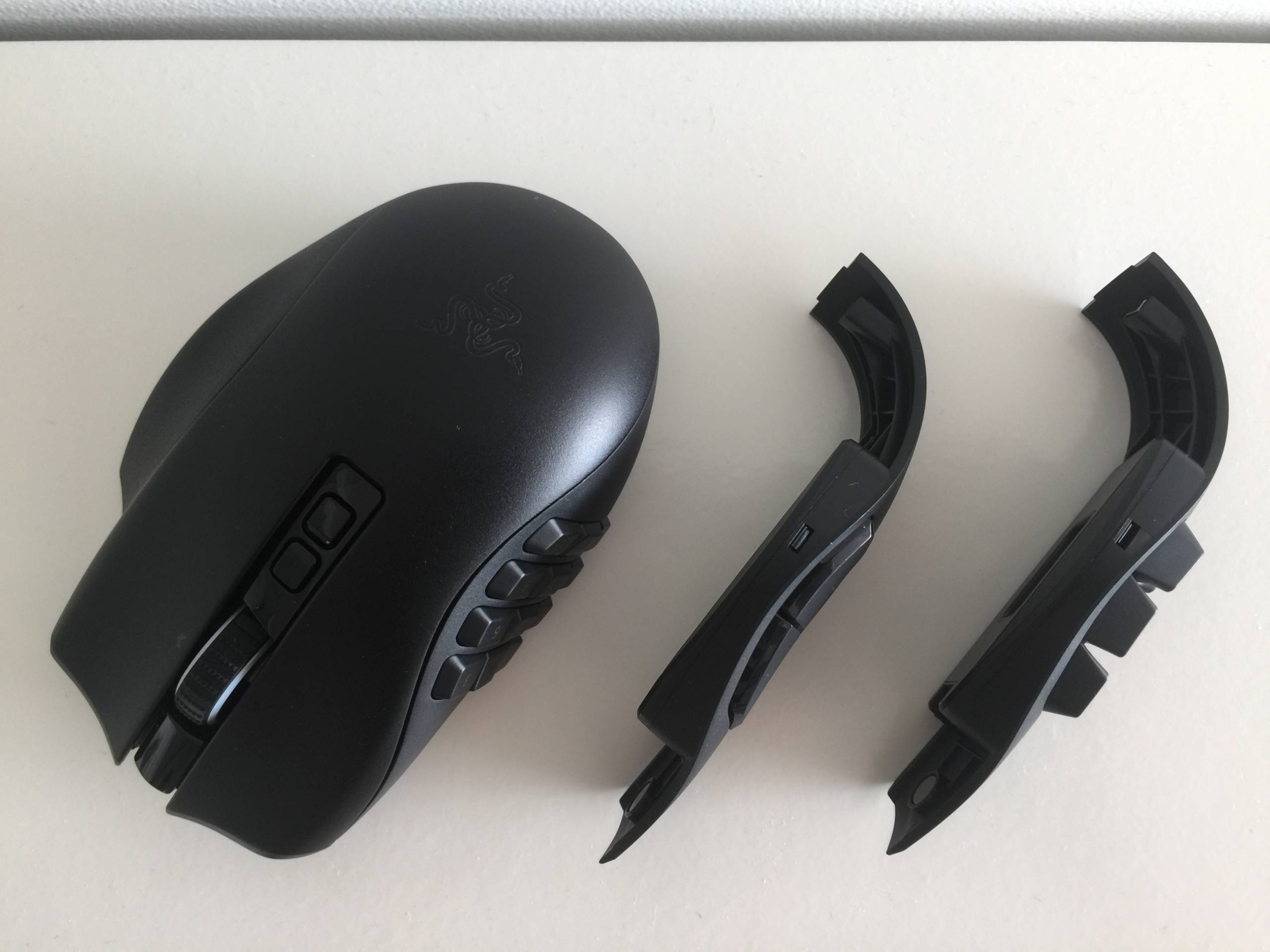 The Naga Pro comes bundled with three interchangeable side plates that are attached magnetically to a fitting on the left side of the mouse. The three configurations include a two-button plate, a six button plate and a twelve button plate. The side plates can be quickly popped off by lifting from a relief on the underside of the mouse, ensuring that it won’t come off while you’re actually playing. The Razer Synapse 3.0 software instantly recognises the change in configuration and will automatically switch to your preferred profile for whichever panel is attached. I can’t overstate how quick and seamless it is to switch out these side panels – while playing online with some friends, I was hopping between games of Valorant and Dota 2 and switching out the side panels without even needing to pause the match. 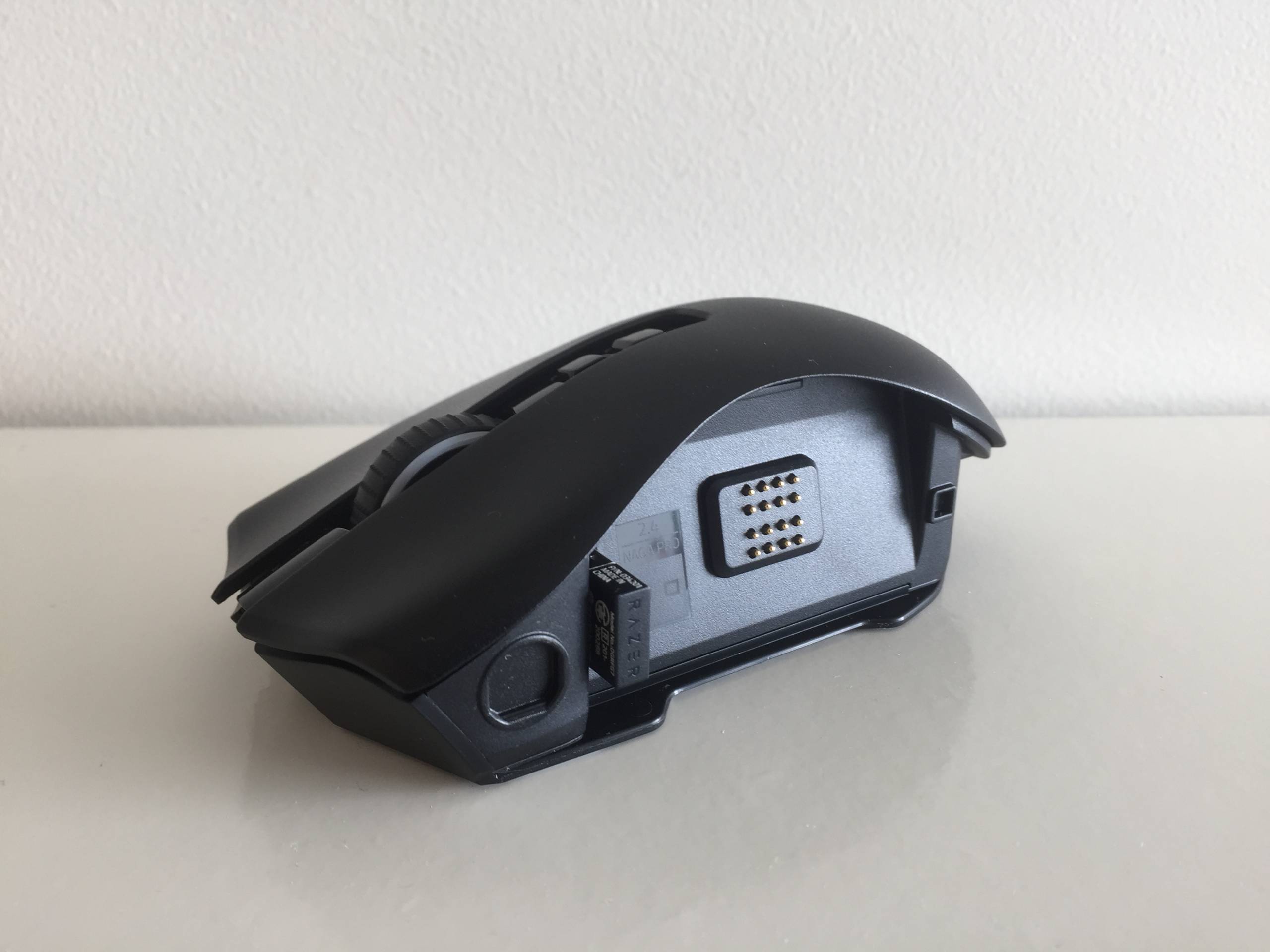 While I did find some use in having the six button panel equipped when playing Dota 2 and Fortnight (binding the side buttons to the different construction options is very handy), I found myself returning to the simplicity of the two button panel more often than not. As a matter of personal comfort, I find the layout of the six button panel to be too clustered together for me to reliably access each button individually when needed, particularly the ‘1’ and ‘2’ buttons on the top row. This issue was doubly prevalent when attempting to use the twelve button layout to play some Classic World of Warcraft. Of course this is a personal issue that is a result of my clumsy skeletal fingers and their lack of dexterity that many players won’t be affected by, but it is something to take into consideration if you had a particular panel preference in mind. 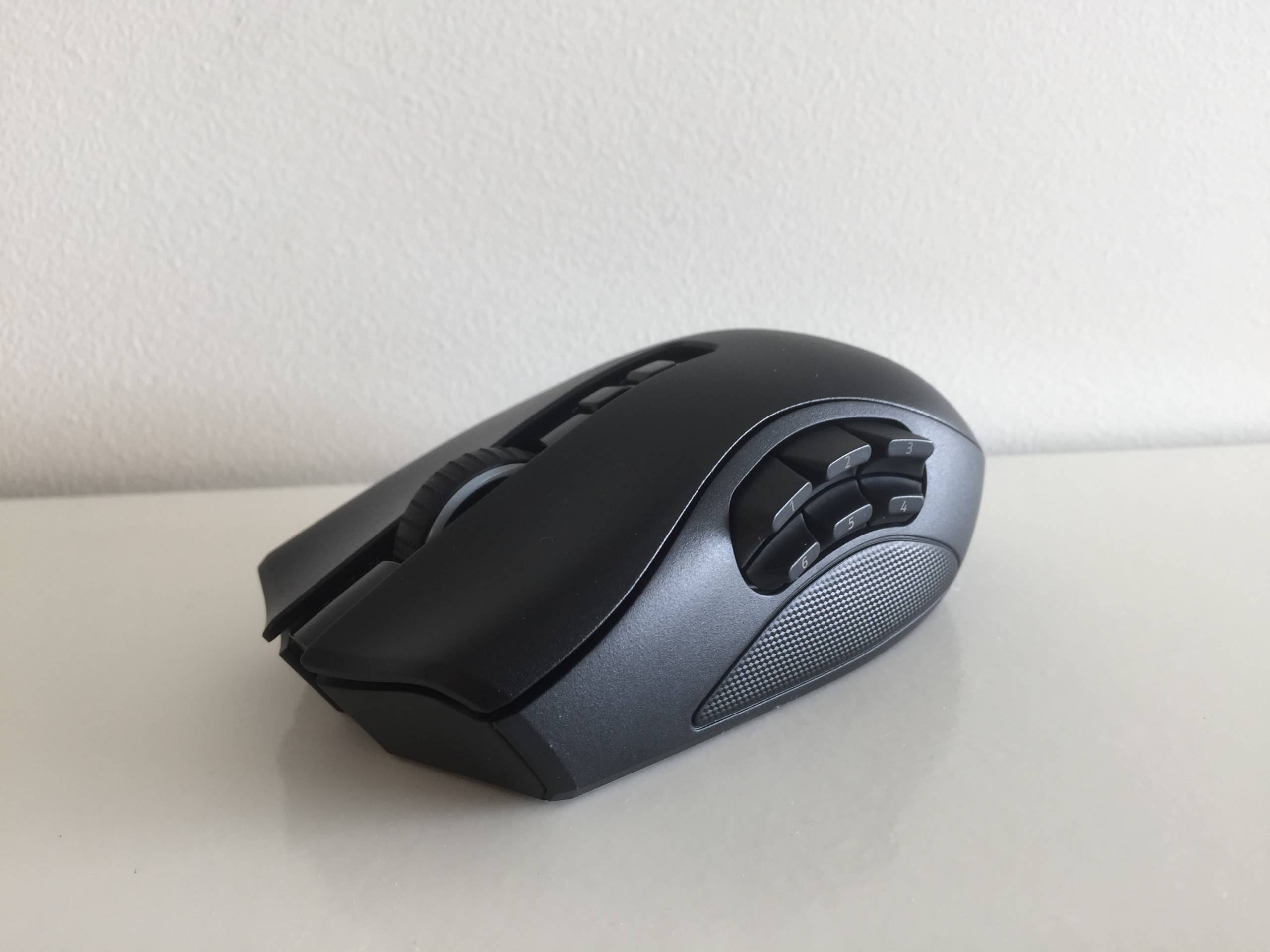 As flashy as the modular side panels are, don’t be fooled into thinking the Razer Naga Pro is simply another gimmicky peripheral – this is a high end gaming mouse that has all the other features you would expect from a top tier device. Most important to me is the wireless functionality and the tremendous battery life. There’s a switch on the underside of the mouse that allows the device to be toggled between Razer’s HyperSpeed wireless mode or regular Bluetooth functionality. You might be sacrificing some latency to get better battery life in Bluetooth mode, but I found the battery capacity to be more than enough sticking with the HyperSpeed wireless mode. After a full fresh charge, the Razer Naga Pro lasted over a week with multiple 8+ hour gaming sessions throughout. A full charge takes less than three hours (while being used) and the mesh-weave charging cable securely plugs into the front of the device to work comfortably as a regular wired mouse while charging. 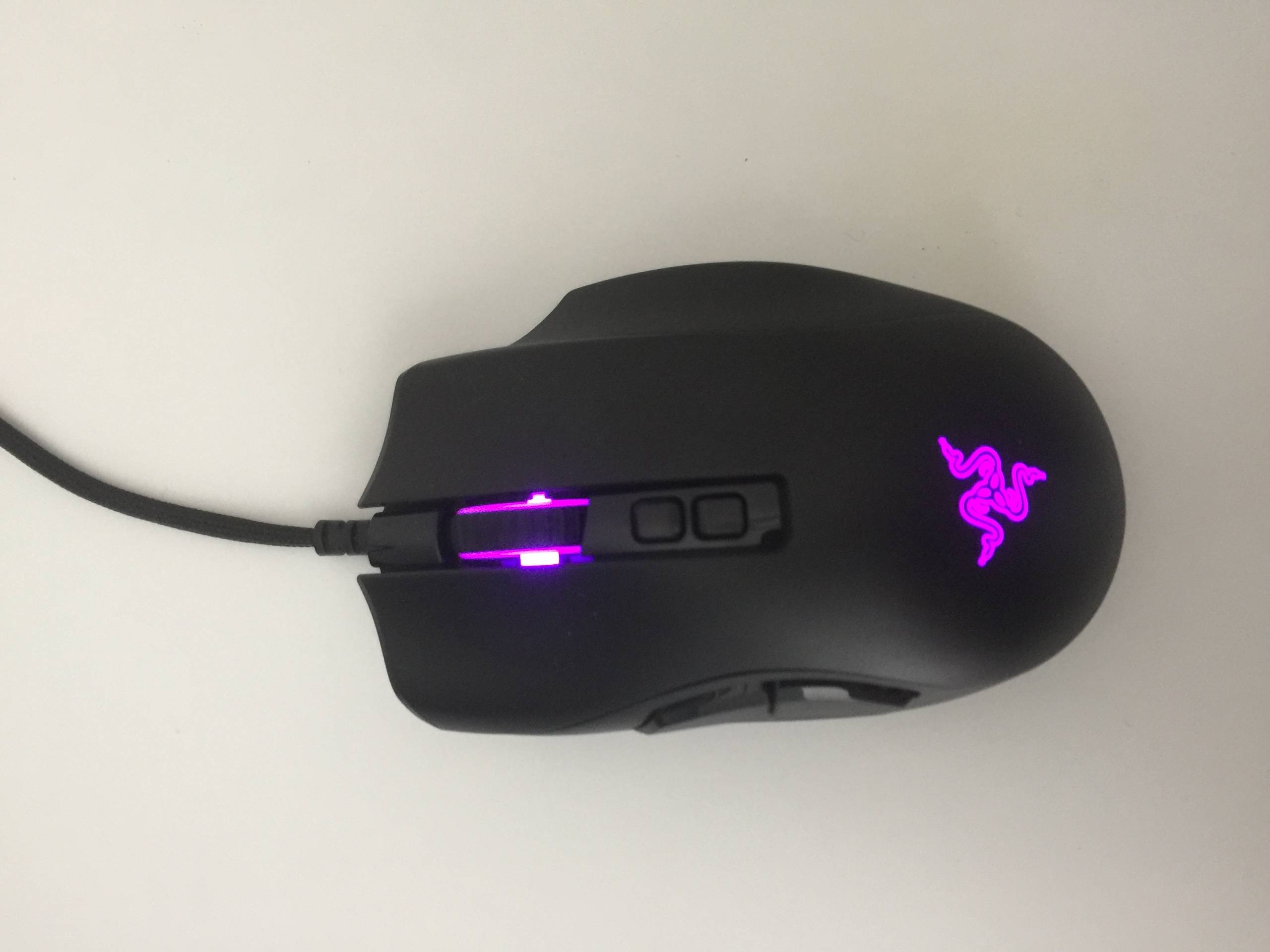 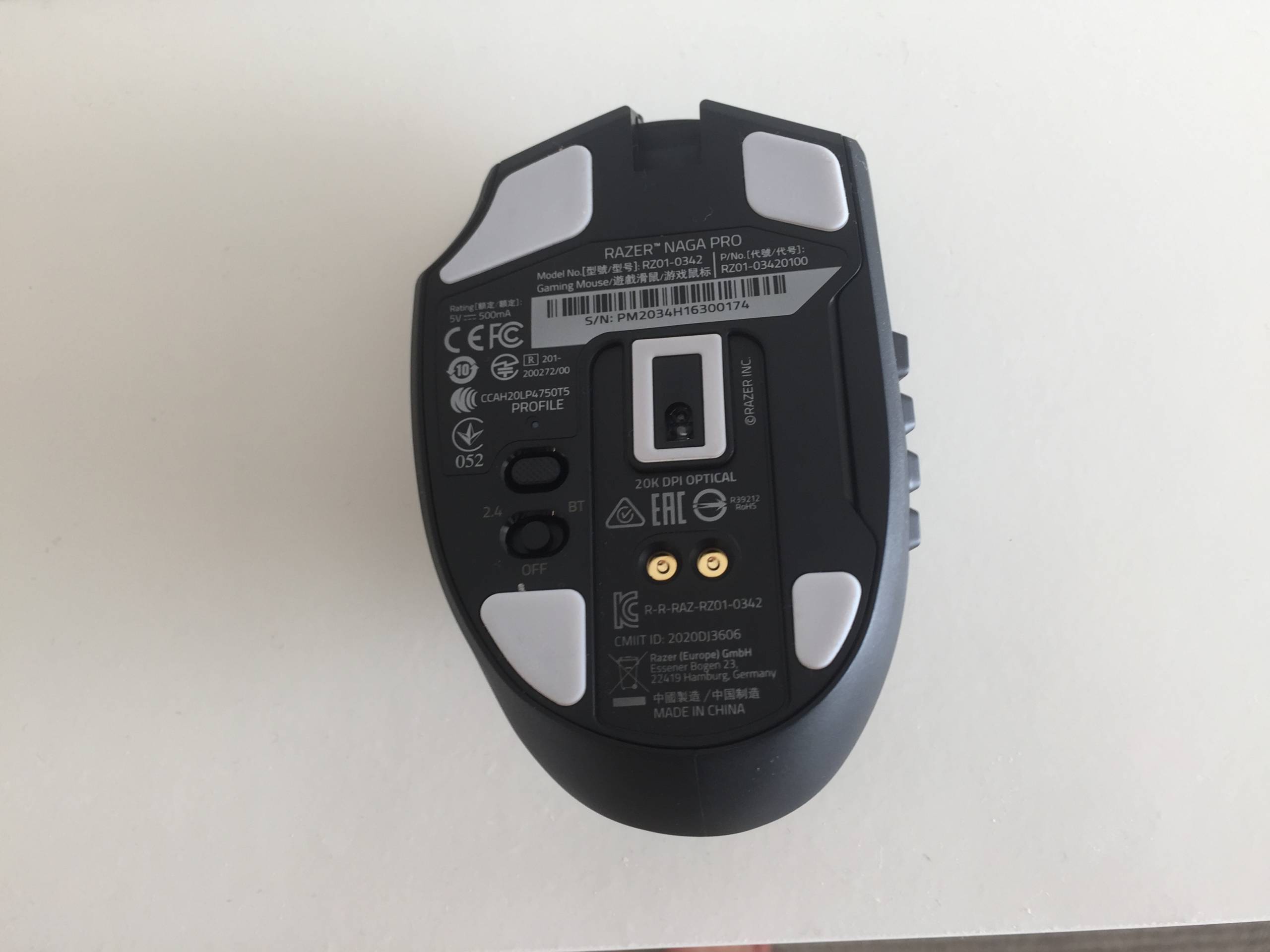 The wireless functionality is handled by a tiny USB dongle that can be tucked into a recess beneath the interchangeable side panel on the Razer Naga Pro when not in use. It’s an incredibly clever design and also speaks to the fantastic build quality and finish of the mouse itself. All the buttons have a satisfyingly solid click when compressed and the overall feel of the mouse is very comfortable in the hand with a nice weight. Unfortunately there is no option to adjust the internal weight of the mouse as some other manufacturers may offer, but I found the weight of the Naga Pro to be perfect for my taste. 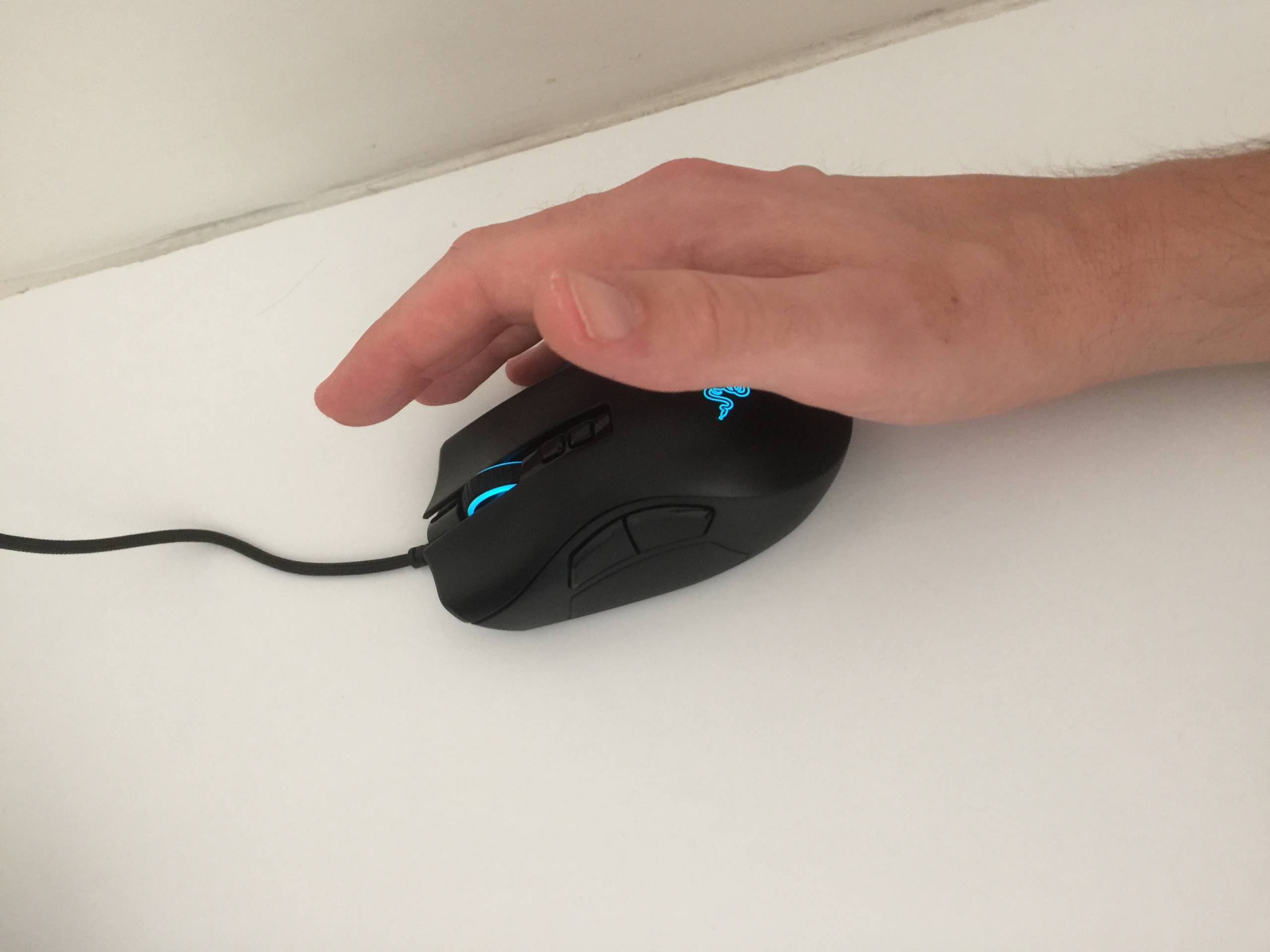 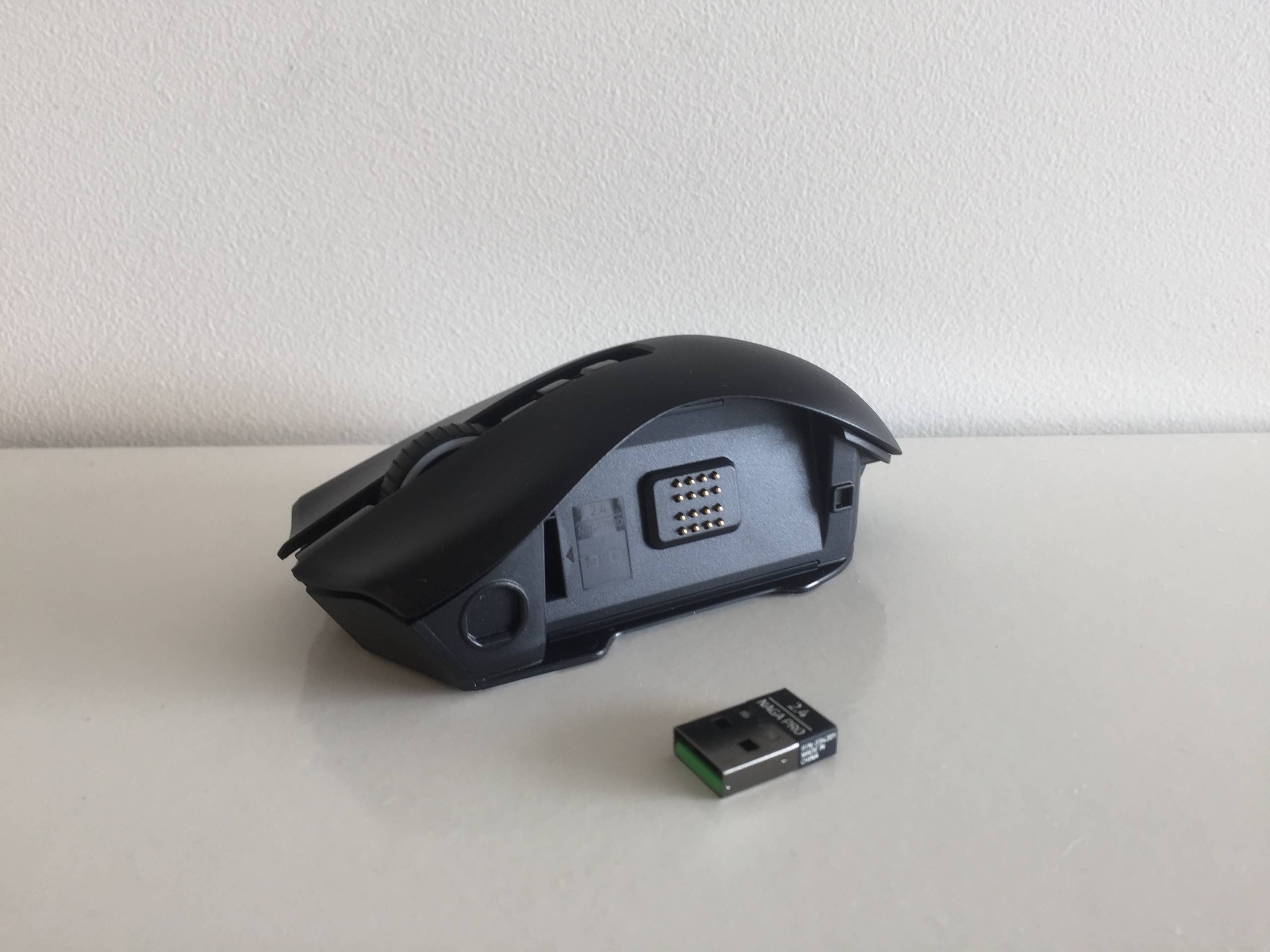 As with any other Razer peripheral, all your personal preferences and settings can be customised and stored using the mandatory Razer Synapse software. Here you can change everything from the sensitivity of the mouse, the key bindings, the sleep timer and even the colours shining on the LED highlights when in use. I’m not a fan of device manufacturers that necessitate you to create an account to access the settings of your newly purchased device, but this has been Razer’s way of doing things for quite some time now. What makes this situation slightly more frustrating is that at the time of writing, Razer seems to be in between upgrading their Synapse software, which means that the Naga Pro requires the Synapse 3.0 app to be installed and running, whereas my older devices still require Synapse 2.0 (an entirely separate app) to be installed and running as well. Again, this isn’t an issue with the mouse itself, but it’s just another thing to consider when talking about the Naga Pro as a whole. 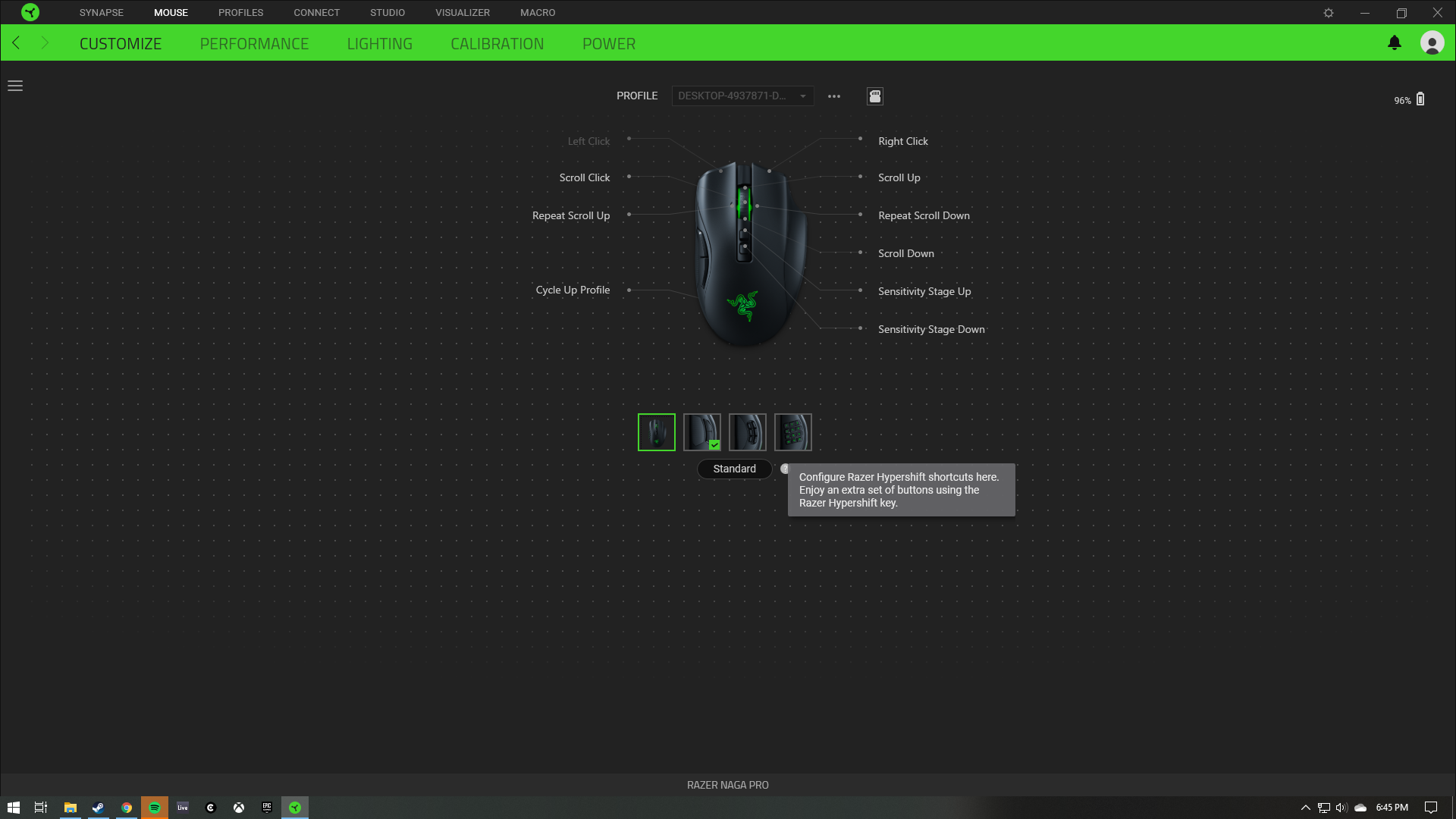 Despite a few misgivings I have about the Razer Synapse software and the button layout on the six and twelve button modular panels, I think the Razer Naga Pro is one of the best gaming mice I’ve had the pleasure of using. The functionality offered with the modular panels is undoubtedly a huge benefit to players that like to customise their mouse configuration to suit their preferred play style. The wireless functionality works flawlessly and the week or so of battery life I managed to squeeze out of the device is seriously impressive. Plus the overall build quality, functionality and comfort of the Razer Naga Pro outshine some of the market’s top end competitors – especially at this price point. 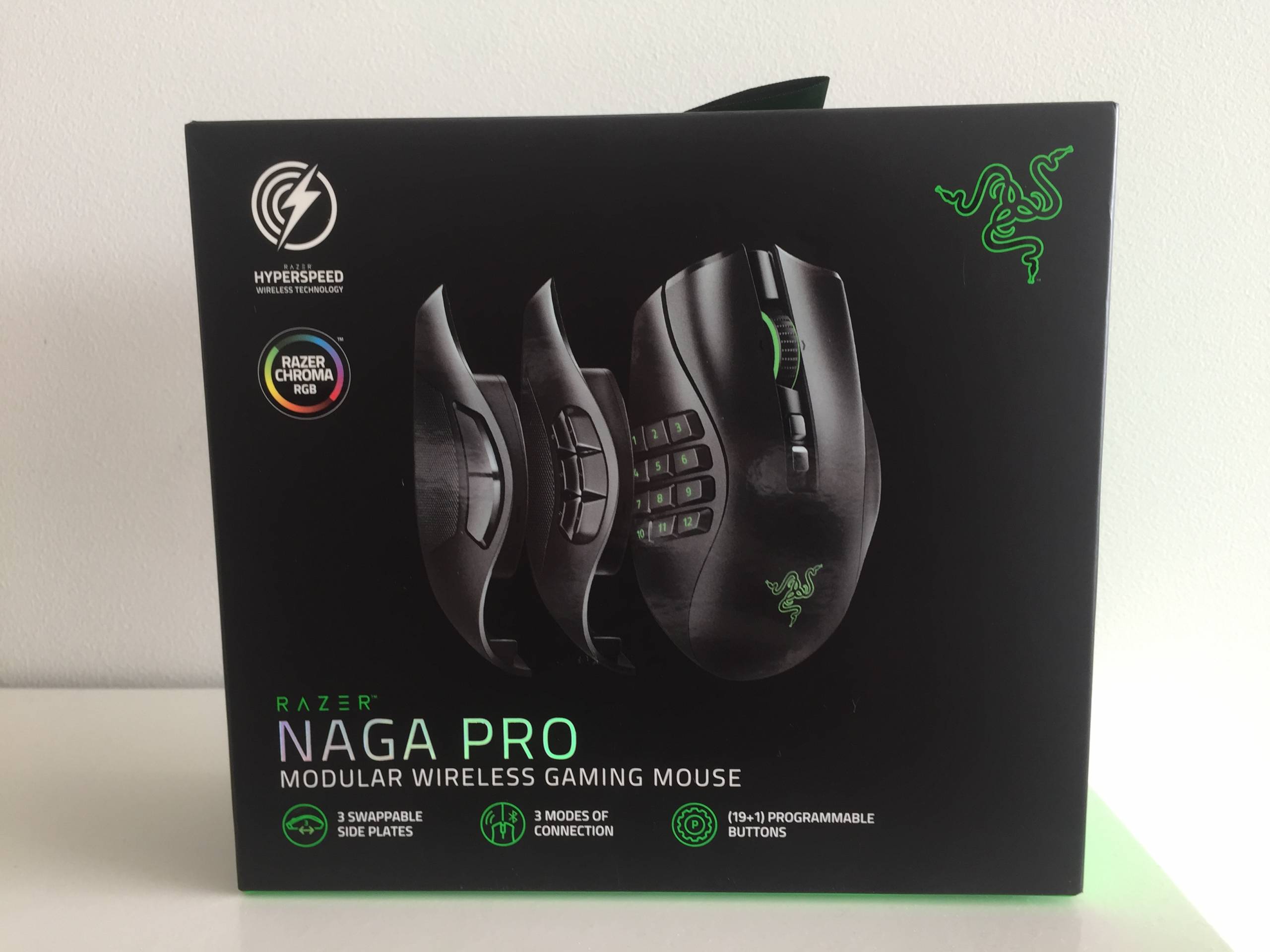 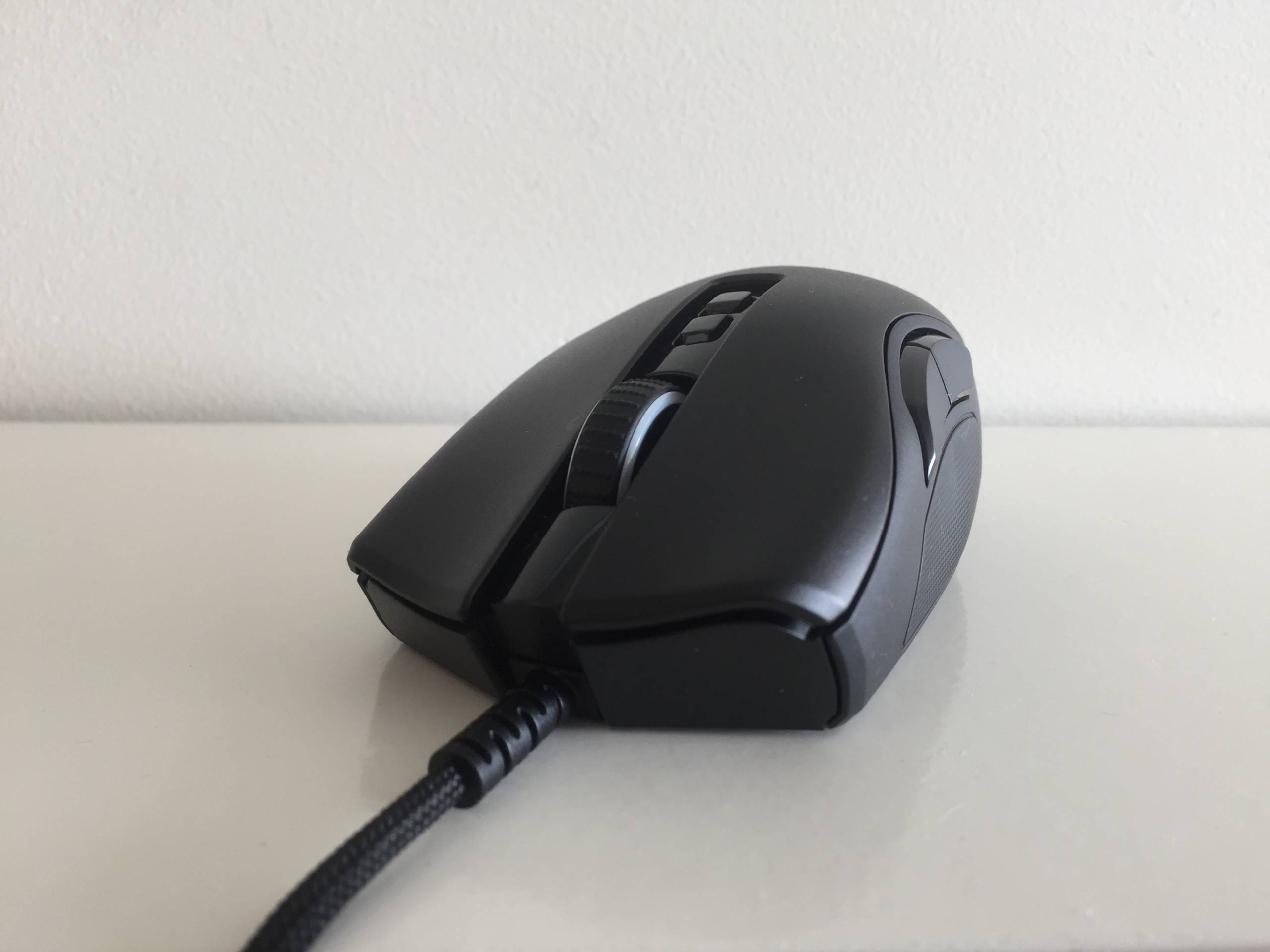 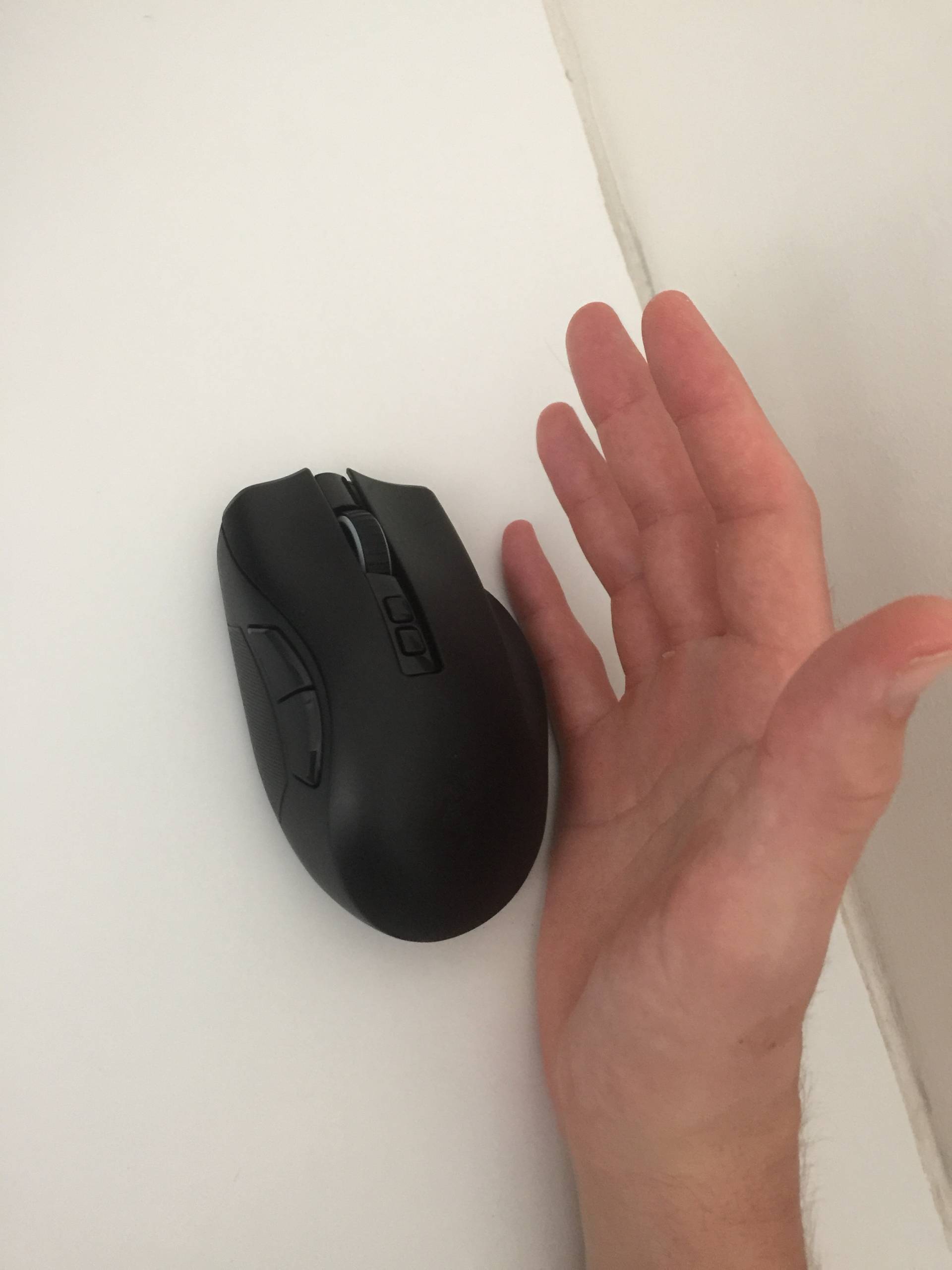