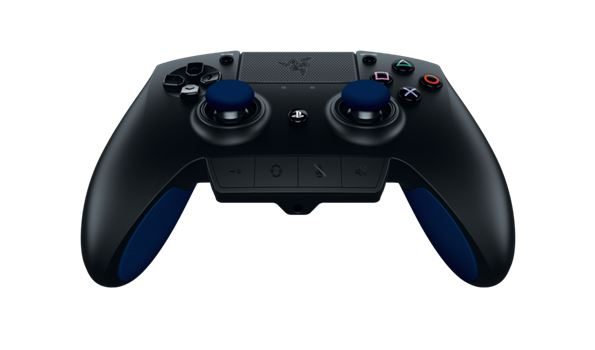 BERLIN – Razer™, a leading global lifestyle brand for gamers, today announced the release of the Razer Raiju controller for PlayStation®4 designed for esports.

Designed for esports professionals to participate in tournament level gameplay on PS4™, the Razer Raiju is equipped with advanced controller customisation and ergonomics proven to give esports athletes an edge.

The Razer Raiju is the result of a partnership with Sony Interactive Entertainment Europe (SIEE), and further benefited from close collaboration with esports athletes who put prototypes through their paces. As a result the officially licensed controller works seamlessly with all PS4™ systems and delivers tournament-grade performance.

The four-button Quick Control Panel of the Razer Raiju provides easy access to a variety of functions. From toggling between two customisable profiles to muting the mic and adjusting game volume, users need not take their hands off the controller. At the base of the panel is the universal 3.5 mm audio port for stereo audio output and microphone input.

For low-latency gameplay, critical for winning tournaments, the Razer Raiju features a lightweight braided cable with a detachable Micro-USB connector. For easy storage and transportation, the controller comes bundled with a premium carrying case to keep it protected during travel.

“The Razer Raiju is a great controller,” says FeLonY. “Its shape fits perfectly in my hands and the stick and grip customisation allows me to tweak the feel until I’m happy. The controller is very responsive and the trigger layout is smart.”

Razer Co-Founder and CEO Min-Liang Tan says: “We are committed to providing PS4™ esports athletes the tools they need to finish at the top of the podiums.”