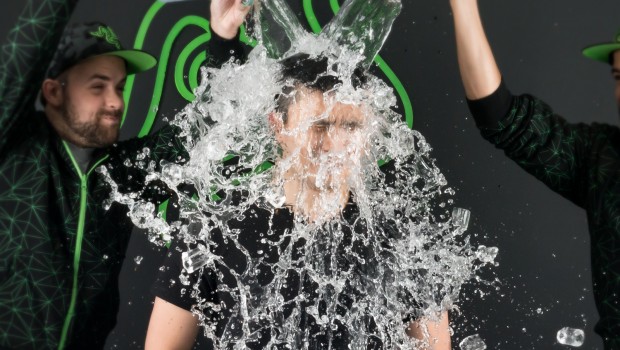 RAZER DONATES $10,000 TO THE ALS ASSOCIATION AFTER MEETING WITH SUPERFAN

SINGAPORE – Min-Liang Tan, co-founder and CEO, Razer, today announced that Razer would be donating US$10,000 to the ALS Association after a meeting with a superfan from China who is suffering from the disease.

Feiran Song, who suffers from ALS, is a forum administrator for the Baidu Razer forum which has over 30,000 fans who discuss all things Razer daily. Feiran recently made the trip to one of Razer’s design centers to meet with the Razer CEO.

“Gaming has been a huge part of my life after being diagnosed with ALS,” said Feiran, “I’m a huge fan of Razer and I was incredibly excited when I was able to visit the Razer design center and meet with their CEO, Min-Liang Tan.”

Min surprised Feiran with a Razer Blade gaming laptop as a gesture of appreciation for his work on the forum and also autographed 10 mousemats for the Chinese fans on the forum. In addition, Razer will be donating US$10,000 to the ALS Association which will go into providing care services to assist people with ALS and their families and a global research focused on the discovery of treatments.

“I was nominated a number of times for the Ice Bucket Challenge but I didn’t do it because I didn’t truly understand the impact of ALS and I didn’t want to be one of the many randomly doing it just because everyone else was doing it,” said Min. “But after meeting Feiran, I’ve now understood how truly debilitating ALS can be. As such, I’ve decided to donate US$10,000 to the ALS Association as well as do the challenge as a gesture of my personal support for Feiran, who is an incredible individual, and all those out there suffering from ALS.”

“Even though the Ice Bucket Challenge has waned and I’m probably one of the last to do it, I feel that the ALS Association still needs all the help and attention they can get.” Min continued. “Further, I hope that my actions will inspire the gamers out there to give back to the community.”