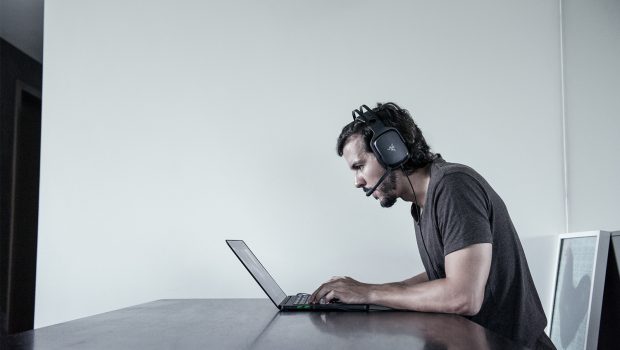 Included with the Razer Tiamat 7.1 V2 is a completely new Audio Control Unit, which allows gamers to set the volume of each audio channel as well as toggle between true 7.1 surround sound and 2.0 stereo audio. The Audio Control Unit also has a pass-through feature, allowing gamers with external desktop speaker setups to switch between their Razer Tiamat 7.1 V2 and their speakers at the press of a button.

For in-game communication, the Razer Tiamat 7.1 V2 is equipped with a unidirectional digital boom microphone which rotates alongside the ear cup when not in use and delivers crisp, natural voice in the heat of battle.

“Today’s games use positional audio extensively, so being able to hear which direction footsteps or shots are coming from is crucial to winning,” says Min-Liang Tan, Razer co-founder and CEO. “With five drivers per ear-cup, the Razer Tiamat 7.1 V2 gives gamers pinpoint audio accuracy whether they’re playing intense FPS matches or just want to lose themselves in massive soundscapes to bring their games to life.”

The Razer Tiamat 7.1 V2 joins the ever-growing family of Powered by Razer Chroma™ devices, with 16.8 million colour options and effects available on the ear cups and Audio Control Unit. Owners of other Razer Chroma enabled devices can sync their Razer Tiamat 7.1 V2 with their existing setup or customize each product individually through Razer Synapse.

Equipped with an adjustable digital boom microphone for natural sound reproduction, and utilizing an in-line remote with extension/splitter cable for compatibility with multiple devices, the Razer Tiamat 2.2 V2 is a versatile cross-platform gaming headset for gamers on PC, Mac, console and mobile.