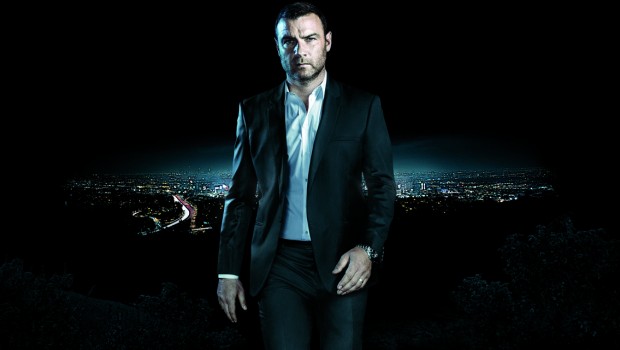 Summary: There’s still a lot of potential behind Ray Donovan but, after a meandering effort this season, the pressure is on for the third season to return the show to its former glory.

Hollywood Fix-It man Ray Donovan (Live Schreiber) returns to our screens for a second season but can the series retain the momentum it’d built up throughout its stellar first year? 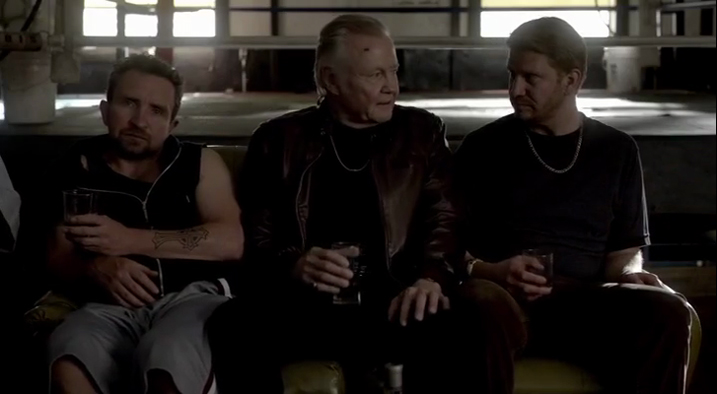 Unfortunately, not quite. Although the cast still perform to the best of their abilities, the increased focus on myriad plot strands only serves to make the trajectory for the storyline arc for the second season unnecessarily convoluted and constantly veering into underwhelming tangential offsides.

The main crux of the series still revolves primarily around Ray’s unorthodox choice of careers, the bearing this lifestyle has upon his relationship with his family as well as contending with the sudden re-emergence of his ex-convict father Mickey (A superbly acerbic Jon Voight, clearly relishing chewing the scenery).

Season 2 sees Ray’s marriage coming under threat, with his wife Abby (Paula Malcomson) seeking comfort in the arms of another, as well as his children each heading down paths that may not necessarily be in their best interests. 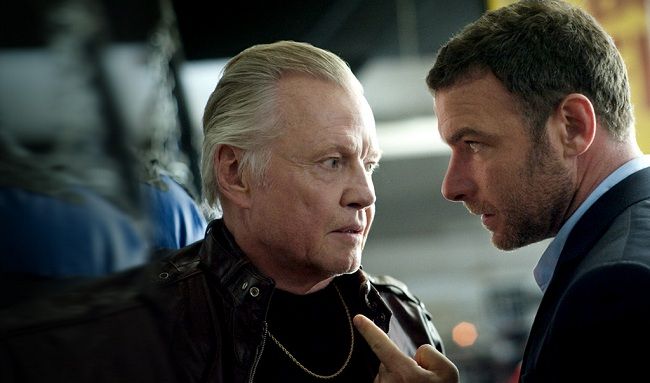 On top of all of this, Ray still has his daily duties cleaning up the messes of Hollywood’s elite to contend with as well as struggling to reconcile affairs with his immediate biological family. However, one of the main driving forces behind the success of Ray Donovan’s first season, the tumultuous relationship between Ray, his siblings Terry and Bunchy and Mickey, is pretty much pushed aside to make room for meandering, go nowhere subplots like Abby’s infidelity.

The dynamic between Ray, his siblings and his meddling father just doesn’t hit the same notes this season, with Terry’s self destructive spiral coming off as contrived rather than as a natural result of the character’s impulsive personality; Bunchy’s coming to terms with the ramifications of childhood abuse is well intentioned but ultimately fails in its execution and Daryll, much like the first season, has little to do besides standing around awkwardly as a constant reminder of Mickey’s sordid past.

Ray Donovan is at its best this season when focusing on Ray’s job and the inventive methods he devises in order to keep his client’s out of trouble, which is in stark contrast to the previous season where Ray’s family crises provided most of the meat of the episodes.

Here the writers seem content to simply paint Ray as a maelstrom of chaos who alienates all those around him, which is disappointing considering the effort that went into creating the multi-dimensional character we were introduced to in the first episode. There are a few moments of gravity, such as Ray’s coming to terms with a botched job later in the season, but overall the writing fails to match the consistently strong performances of the cast. 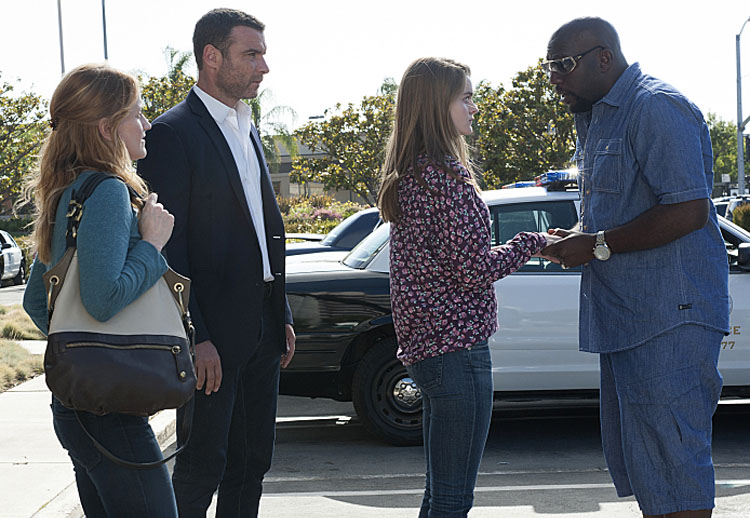 That’s not to say that Ray Donovan’s second season isn’t worth your time; if you enjoyed the first season there’s enough here to ensure that you’ll be sticking around for the time being, and the few interesting plotlines this season tosses up are satisfying enough, if ultimately minor in the grand scheme of things.

The biggest issue I had with this season was the feeling that it was content to just run on the spot instead of carrying the story forward – Here’s hoping that the third season manages to set the series back on the right course or otherwise this may be another example of a program coming hot out of the gate before faltering on its second lap and never managing to recover. 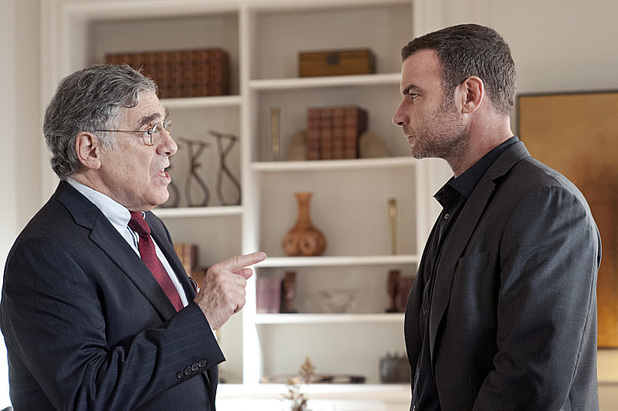 With a crisp, digital image transfer and suitably inky blacks and lifelike colours, Ray Donovan Season 2 takes top marks in the visual department. The only minor issue I noticed upon viewing was some very slight crushing in darker scenes, but aside from that the picture is free from any visual anomalies at all.

Audio is presented via a Dolby TrueHD 5.1 surround track that offers a robust and dynamic listening experience that’s bolstered by impeccable directionality, range and mastering. When the action ramps up, the track performs admirably but exercises restraint for the most part, lending dialogue and ambient noises a naturalistic quality.

There’s a handful of featurettes and some audio commentaries on select episodes for fans to enjoy, although only the commentaries really offer any insight into the mechanics of the show as most of the featurettes are your generic EPK fluff. Featuring Schreiber, Voight and Pooch Hall, the commentaries have a conversational tone that makes for easy listening.

Still, considering that the international release is devoid of any supplemental features aside from the commentaries, the addition of even a few underwhelming vignettes is a welcome one. 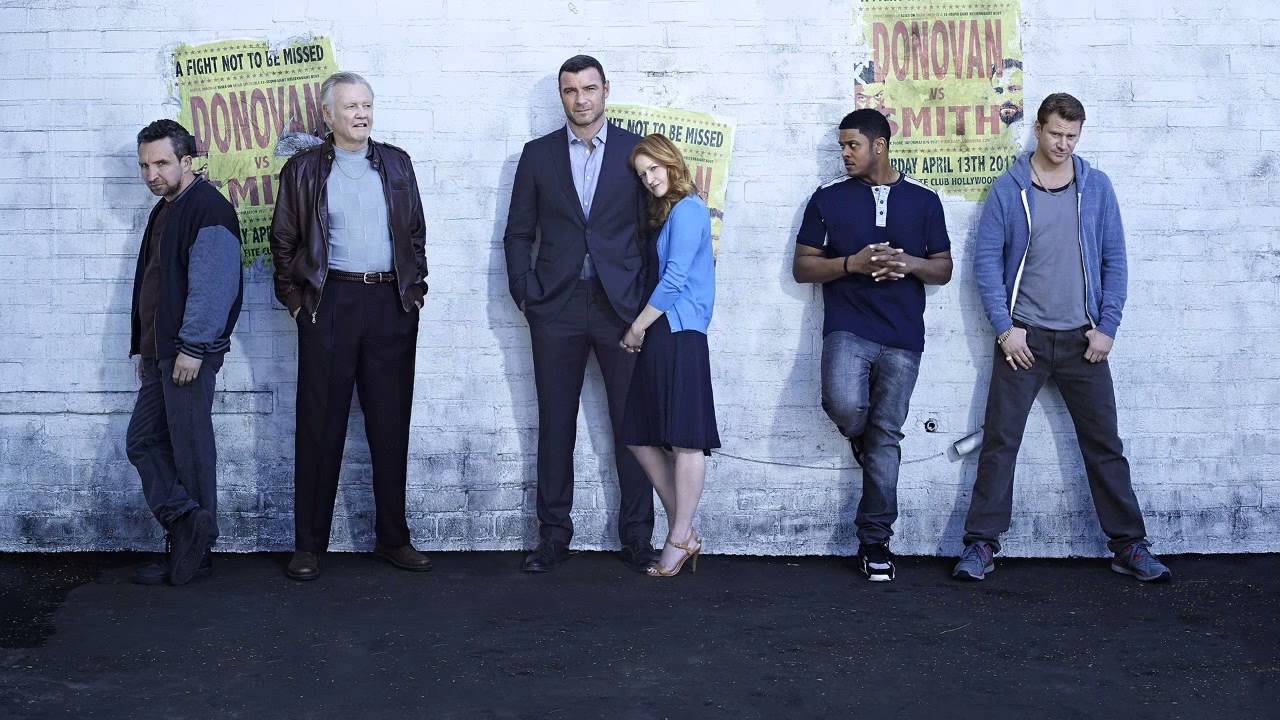 After such a strong debut season, expectations were high for Ray Donovan’s sophomore effort but, and it pains me to say this, the lack of focus and extraneous plot strands take away from the elements that made the series work in the first place.

Despite the underwhelming nature of this season, it’s still a worthwhile purchase for fans of the show, as the overall story does move along, albeit at a much slower pace than the first season.

There’s still a lot of potential behind Ray Donovan but, after a meandering effort this season, the pressure is on for the third season to return the show to its former glory.