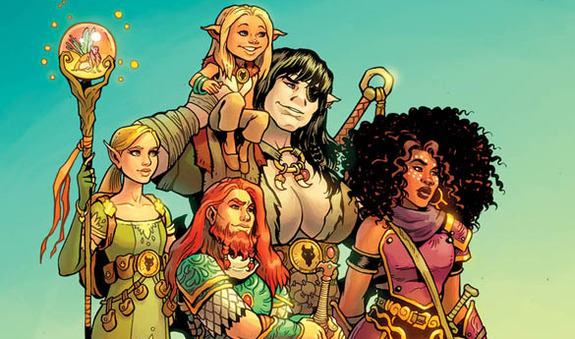 “Cat Kings and Other Gary’s: Part One” begins a fresh, soft-reboot and the Rat Queens are back in action! Everybody’s favorite butt-kickers—Betty, Violet, Dee,
Braga, and Hannah—return in RAT QUEENS, VOL. 2 #1. Palisade is still a rat-infested troll’s ass and everyone still hates Gary. It’s been awhile since the Queens have done a good slaughter, so join them as they get back to the basics of killing monsters and drinking away the profits.

“Owen’s style brings a real return to high adventure, insane action and character comedy,” said Wiebe. “He has an amazing talent for crafting a world and when his
characters act, they feel genuine and real. Writing scripts for Owen is the most fun I’ve had on the series in a very long time. Our new start with Rat Queens is getting
back to the basics. Four friends who kill monsters for money. Except it’s even weirder.”

Gieni added: “Having this opportunity to bring these loved characters to life is a dream come true. I’ve been a fan of Rat Queens since its first issue, so it’s such an awesome experience to play in this massive world. It’s the ultimate collaboration, breaking story with Kurtis, laughing the whole time as we create new adventures really comes through in the final product. I can’t wait for readers to discover Rat Queens again.”

RAT QUEENS, VOL. 2 #1 will ship with two covers and will hit stores on Wednesday, March 1st. 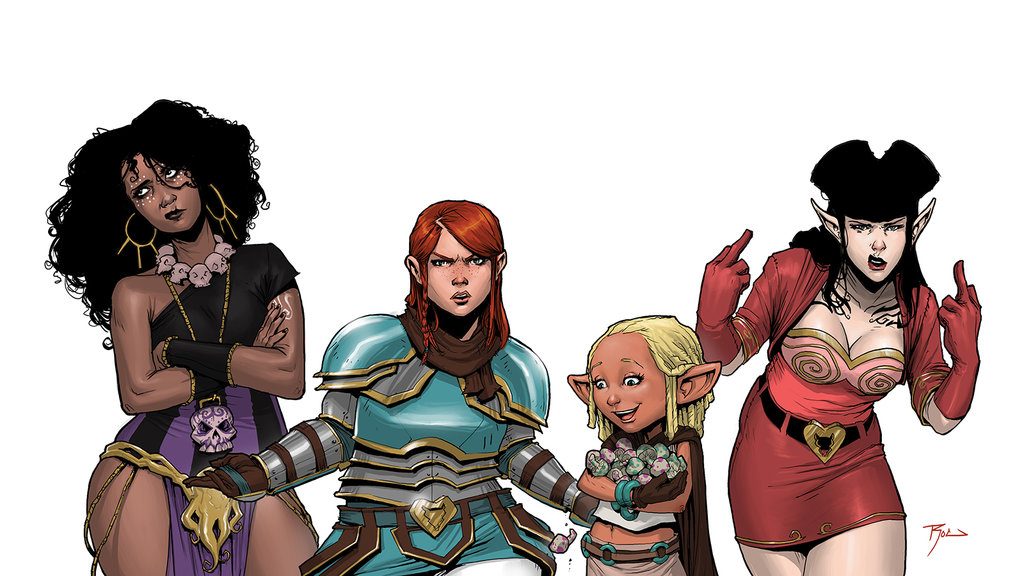