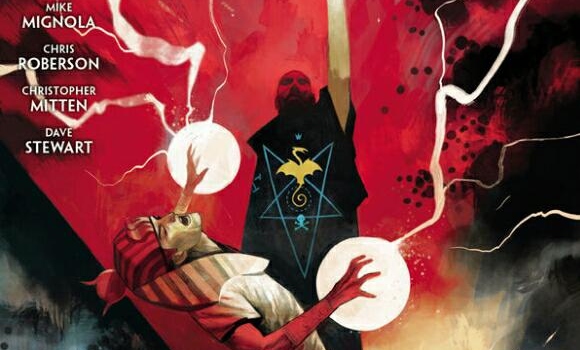 RASPUTIN: THE VOICE OF THE DRAGON #5 REVIEW

RASPUTIN: THE VOICE OF THE DRAGON #5 REVIEW Dana Folkard
Score

Trevor and Sandhu have entered the tomb of Eugene Remy where they have finally come face-to-face with the elusive Master and his Nazi cohorts, who are in the middle of an occult summoning ritual.

This issue begins with Trevor inside Eugene Remy’s tomb, watching on as a hellish ritual unfolds before him. Meanwhile, Sandhu is standing alongside Rasputin, struggling to come to terms with the fact that he is still alive and the one the Nazi’s call the Master. Rasputin seems disinterested in Sandhu’s presence, instead wishing to focus on the unfolding ritual, however, desperate for answers, Sandhu demands that Rasputin begins talking. Big mistake for him, as he is abruptly thrown against a wall with incredible force from Rasputin’s dark powers. Back to our protagonist, things are also looking pretty grim for Trevor, as he faces off against Ilsa and Kurtz. He is powerless to halt the ritual and can really only watch on as the nightmare is unleashed before his eyes. He tries his best but to no avail, as he is just one man trying to take on many. It soon becomes apparent to Rasputin that he has been betrayed, as Albert is attempting to syphon the mystic energies that protect the tomb and harness these powers for himself. The release of this chaotic energy culminates in the opening of Eugene Remy’s sarcophagus, whereupon a dark and terrible power is unleashed. 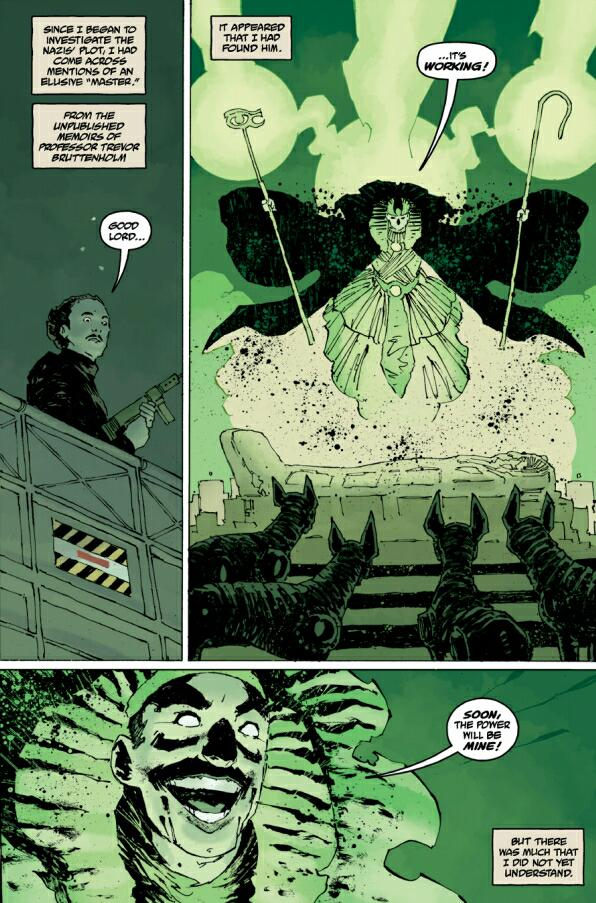 Whoa! This was an intense and hectic issue filled with all kinds of exciting developments. The fast-pacing of the narrative continues throughout the entire issue, as we jump from one extreme scene to another. I really enjoyed the drama that we see, finding it to be a thrilling and exhilarating ride. I couldn’t help but draw parallels between the ritual in this story and the ceremony in Raiders of the Lost Ark where they open the Ark of the Covenant. Nazi’s, occult rituals, destructive bolts of energy and a dark and dramatic twist, need I say more? Laugh at me now, but when you read it I bet you do the same. In now way do I mean to sound negative when pointing this out, as I have an incredible fondness of that film. 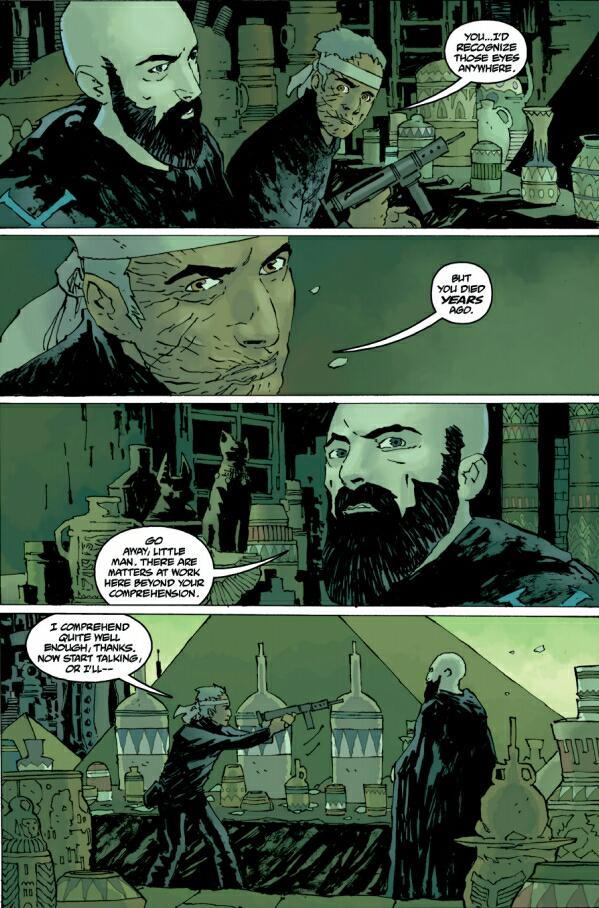 The art by Christopher Mitten is equally as intense as the story, perfectly capturing this harrowing experience in an expressive and detailed way. This ritual itself is a visual treat, with bolts of explosive energy erupting everywhere. The movement on the page flows in an effortless and convincing way, giving the distinct impression that shrapnel is flying, people are dashing and objects are exploding. I also really enjoyed the small interactions we see between some of the characters, as Trevor and Sandhu come face-to-face with the Master and his Nazi companions. These scenes are short but impactful, as we see fiery reactions and emotions running rampant. The colouring in the beginning of this issue is very green. All shades of wonderful green. This comes from the light being emitted from the ritual, which I thought it to be effective in achieving an otherworldly effect. Once the ritual is complete, things go back to a more normal colour palette, with more muted and dusky colours being used. 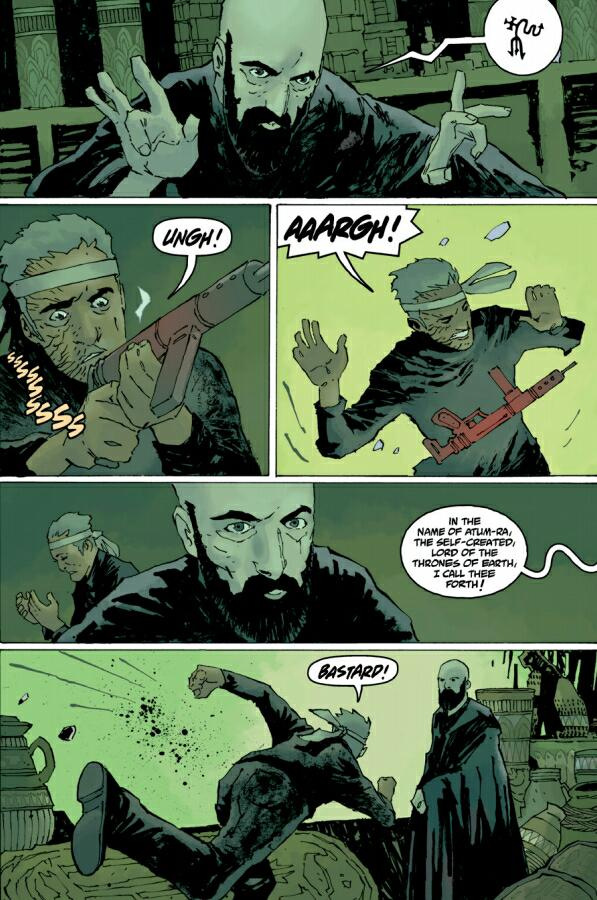 Overall, I found this to be an excellent and exciting issue, and I’ve really only got nice things to say about what transpired. I loved the fast-pace and intensity of everything, and the abrupt change in the pacing towards the end of the issue was clever and helped to shift the tone of the narrative. 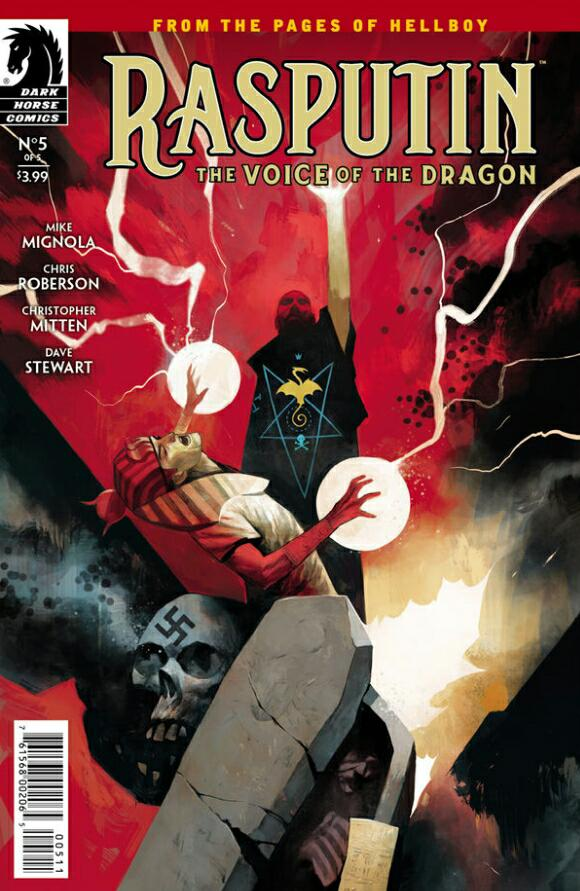