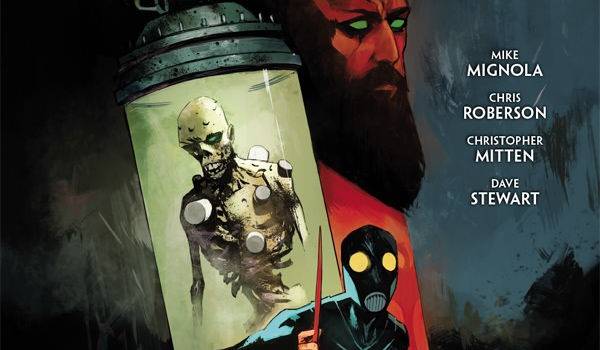 RASPUTIN: THE VOICE OF THE DRAGON #4 REVIEW

RASPUTIN: THE VOICE OF THE DRAGON #4 REVIEW Dana Folkard
Score

Trevor’s first field mission has taken a dark and unexpected turn after he and Sandhu have been captured by the notorious Nazi scientist, Kroenen. Meanwhile, Rasputin has uncovered what he has long been searching for, deep inside the Parisian catacombs. 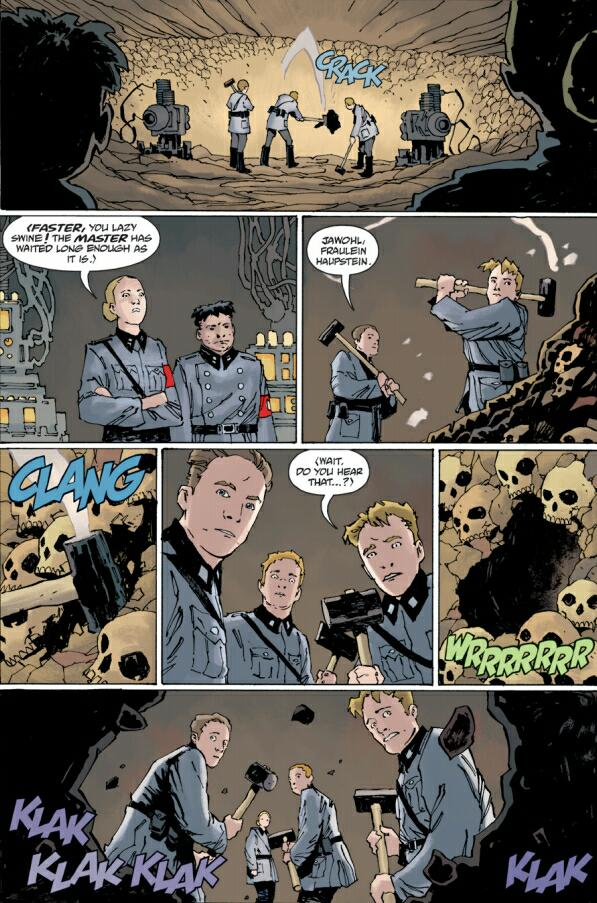 We begin this issue with the Nazi’s digging in the catacombs, searching for the lost tomb of Eugene Remy. They unearth the entrance, however, waiting to greet them are two weaponised dog-like automatons. After the two machines are destroyed, Albert Mayhew warns Rasputin that the Heliopic Brotherhood of Ra have used powerful defences to protect and guard the tomb, and in order to safely enter, they will need to deactivate the defence system. Meanwhile, Trevor and Sandhu are being held prisoner by Kroenen in his lab, who has diabolical plans in store for them both. After trading a few choice words, where they learn some valuable information, Sandhu surprises Kroenen with a powerful elemental light spell that blinds him, allowing them the chance to free themselves from their zombie captors and grab the closest submachine gun. After narrowly escaping from Kroenen, Trevor and Sandhu make their way to the Parisian catacombs, where they find and enter Eugene Remy’s tomb. Once inside, they come face-to-face with the Master and his horde of Nazi minions. 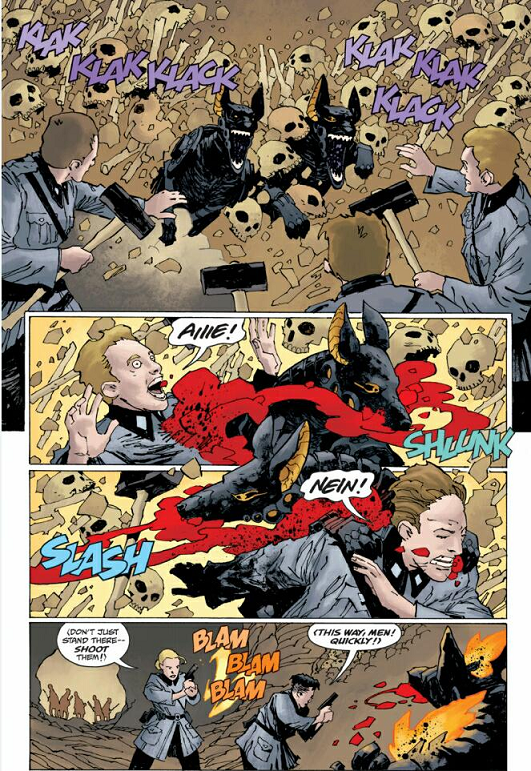 This is a fast-paced and exciting issue, culminating with the integral moment where Trevor and Sandhu enter the tomb of Eugene Remy. Anticipation is in the air as we are finally approaching the moment where Trevor will meet Rasputin for the first time. The discovery of Eugene Remy’s tomb, brings a whole new energy to the story, as we are now about to witness the forces of good and evil battle it out. I’ve always enjoyed the fusion of science and magic in the Mignolaverse, finding the dynamic between the two integral to the overall tone and feel of this world. In this story we are beginning to see how science and the supernatural coexist and interact with one another, forming an awesome and scary amalgamation of the two, and shaping the world and the people within it.

I also enjoy the pacing of the narrative, finding it to be both engaging and exciting with events unfolding at a rapid rate. Even though many of us know how this dark tale ends, there is still an element of surprise and suspense, which has everything to do with the pacing, clever writing and unexpected plot developments. 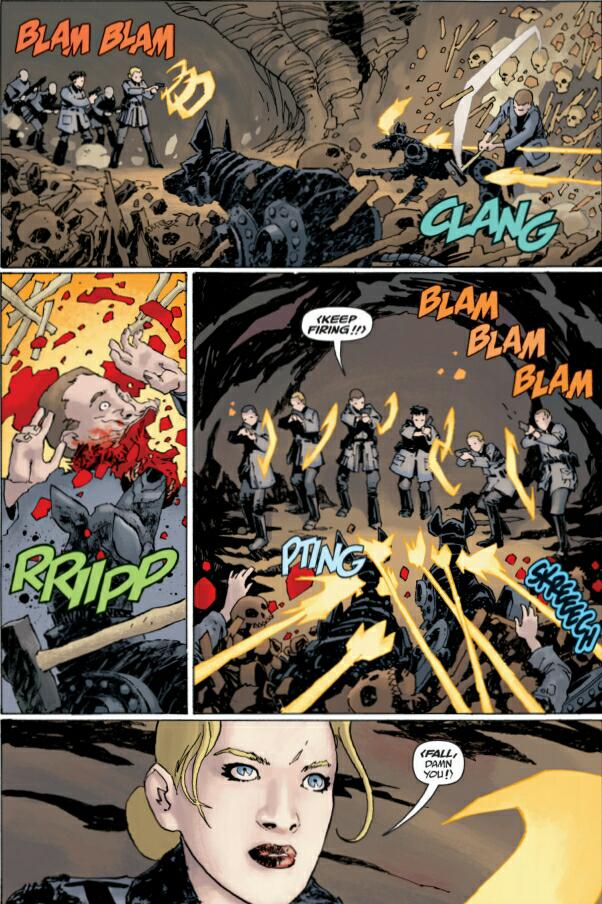 The art by Christopher Mitten is suspense-filled and is charged with energy. The very last page is my favourite, as it perfectly captures the sense of awe and wonderment, laced with a menacing and sinister edge. We also see more epic action sequences that have a feeling a fluidity and movement. I absolutely love seeing Trevor and Sandhu kick some zombie ass, and those few pages of their escape is action-packed and exciting. I find that there is a grittiness to Mitten’s art that works well with this story and the tone that the writers are trying to achieve. It all comes together to form a cohesive and powerful visual narrative that I find to be captivating and highly enjoyable. The colouring by Dave Stewart works perfectly with the art, amping up the volume of the atmosphere and mood of the story. The overall sense of menace and eeriness is heightened, especially in Remy’s tomb by the effective palette that is used.

Overall, I am loving this series, finding it to be a highly enjoyable and thrilling ride. We are at a point in the story that I’m super excited to be at, and I can’t wait until the next issue comes out to see where things will go from here. 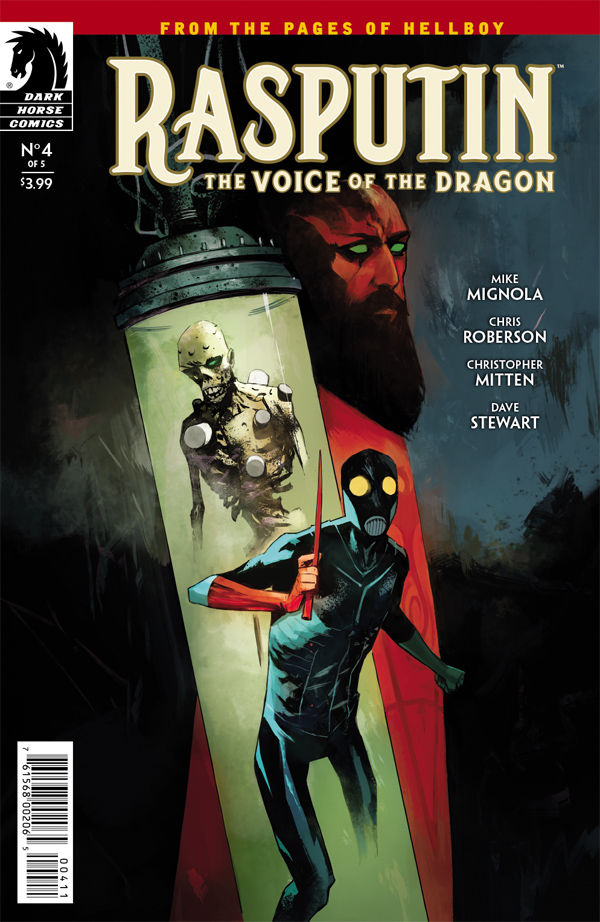