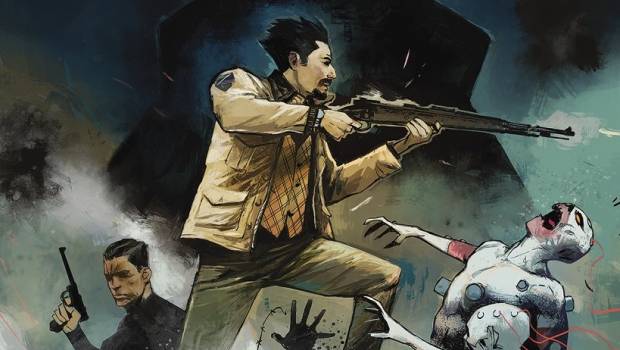 RASPUTIN: VOICE OF THE DRAGON #3 REVIEW

Things get serious as Trevor parachutes into Nazi territory where he meets with an experienced field agent. Together they head into Paris, looking for the Nazi scientist, Kroenen.

This issue begins in Nazi occupied Paris, where we see a young soldier, who just so happens to be dead and possessed by the ghost of Albert Mayhew, making demands before he reveals the information Rasputin so desperately seeks. Noting that too much time has already been wasted, Rasputin agrees to grant him his requests, so that he may move onto the next phase of his plan. We then see Trevor Bruttenholm parachuting into France, where he is to meet a field agent who is to assist him with his mission. Upon landing, Trevor is greeted by Sandhu, an experienced and battle-weary man, who has expertise in the occult, and possesses some pretty neat powers himself. They make their way to Paris where they discuss the nature of the mission, with Sandhu revealing that they are looking for Kroenen, a notorious Nazi scientist, whom Sandhu has had direct dealing with in the past. Kroenen has been tracked to an abandoned hospital that is being used by the Nazi’s to house equipment. Under the cover of darkness, Trevor and Sandhu infiltrate the building, and once inside they make their way down to the morgue where they encounter a horrendous scene. Rows of bodies, that have undergone horrific augmentations, lie in wait, which is clearly the handiwork of Kroenen himself. Have Trevor and Sandhu found the notorious Nazxi scientist or have they walked straight into a trap? 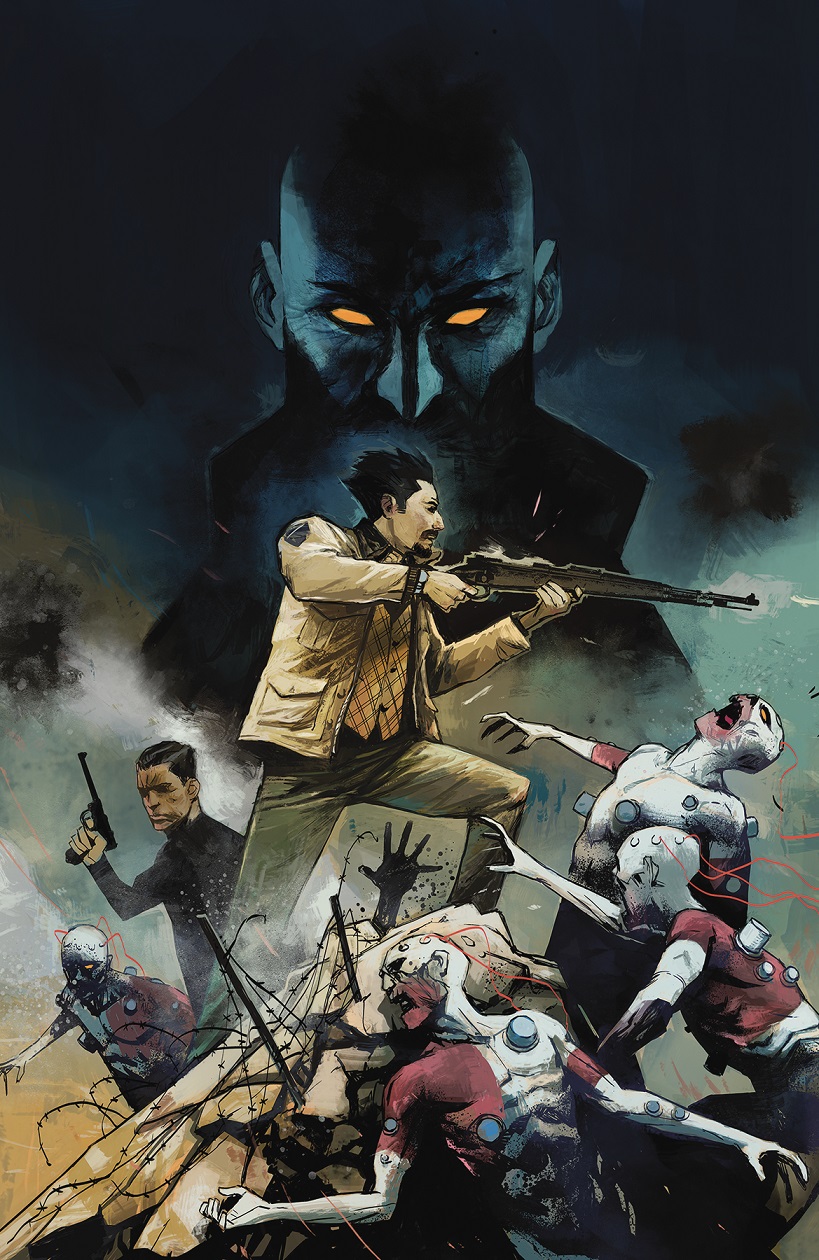 Risks, dangers and complications are increased tenfold in this issue, with Trevor heading straight into Nazi occupied France. There appears to be a bit of mystery surrounding this mission, with Trevor and Sandhu seeming perplexed as to certain details. The introduction of Sandhu to this story brings an exciting espionage element to the narrative, with his experience and personal accounts revealing a lot to us. Having both these characters together brings an interesting dynamic to the story, highlighting Trevor’s inexperience and naiveitivity. I’m also excited to finally see more of Kroenen and the vile monstrosities that he creates. This is one character that always sends a shiver down my spine, as I find that there is something quite terrifying about a mad Nazi scientist, especially one as despicable as Kroenen. I rather like how Sandhu and Kroenen already share a harrowing encounter with one another, making this reunion all that more special. I’m curious to see how things will unfold for Trevor and Sandhu, and whether they’ll come out of this morgue alive.

Christopher Mitten’s art is both engaging and expressive. Mitten perfectly captures the heightened expressions of both Trevor and Sandhu, easily transporting me into each moment. I loved how Trevor maintains a look of apprehension and fear on his face the entire time he is in France, reflecting the fact that he is fearful of the perils of the mission he is on. We get to see a few short but impactful action scenes in this issue, with Mitten effortlessly capturing the fluid sense of action and movement. Sandhu is a pretty stealthy guy, and he looks like he has a lot of experience, as we see him slink around and fight with comfort and ease. For me the visual highlight of this story is seeing Kroenen’s apocalyptic army of augmented ghouls surrounding Trevor and Sandhu. These things are hideous and grotesque, and I particularly loved the one with it’s jaw half hanging off. Colourist, Dave Stewart, masterfully reinforces the ominous nature of this issue through his subtle, yet effective colour palette. I really like the use of bright colours during the action scenes, as I found it to be an effective visual tool in highlighting the intensity of these encounters.

Overall, I found this to be an exciting and fast-paced issue. Things are moving along quickly, with each new obstacle Trevor encounters, dramatically shifting the dynamic of the narrative. I find this to be an engaging and interesting way to keep the momentum flowing. I’m curious to see how things will unfold for Trevor and Sandhu, and I’m even more intrigued with what Rasputin and Albert Mayhew have planned next. 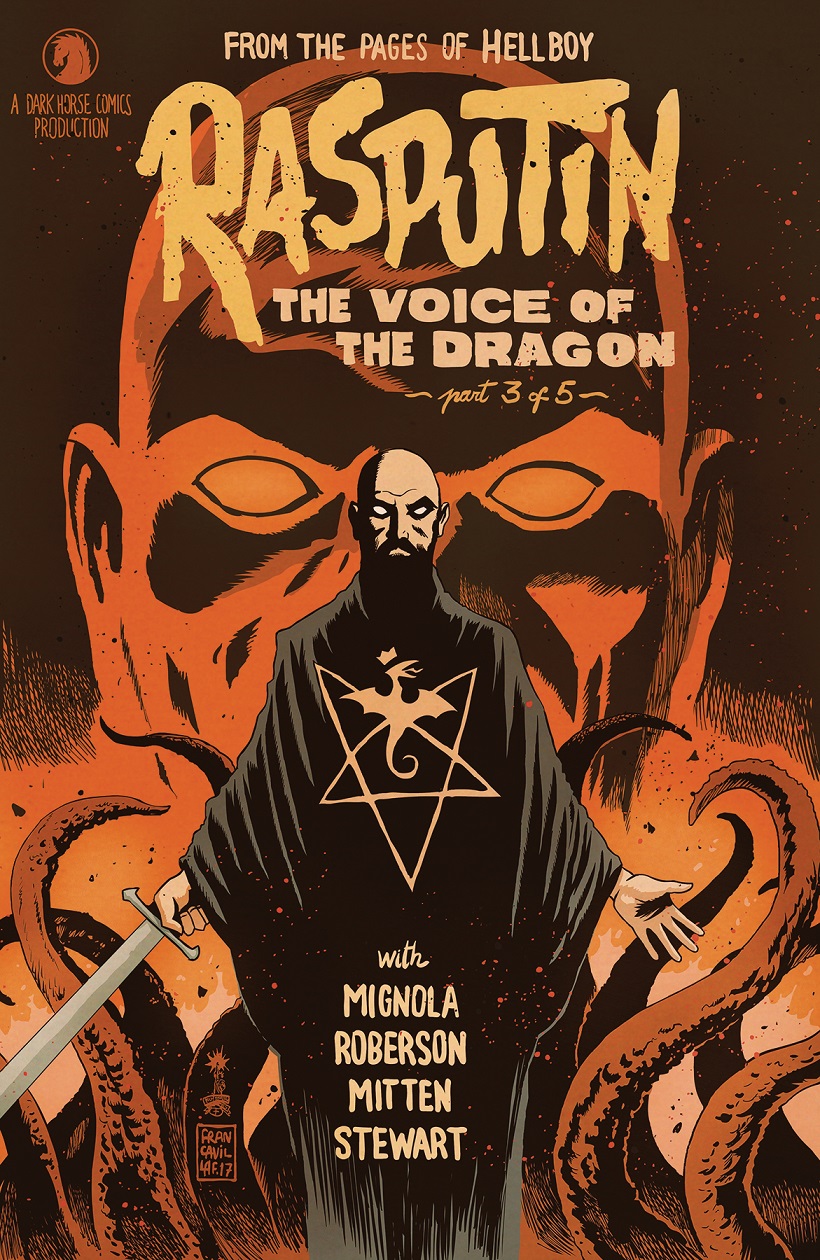