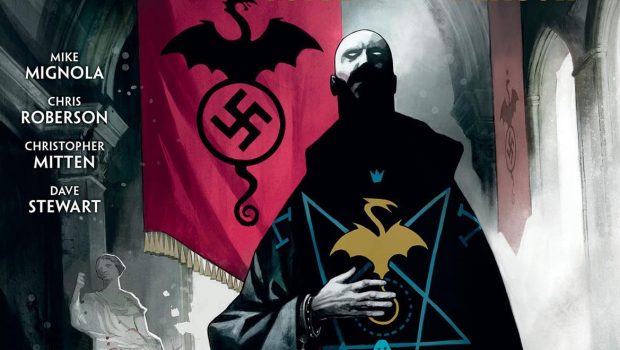 RASPUTIN: THE VOICE OF THE DRAGON #1 REVIEW

RASPUTIN: THE VOICE OF THE DRAGON #1 REVIEW Dana Folkard
Score

Summary: Delve into Rasputin's backstory and how he became involved with the Third Reich.

It’s the beginning of WWII and a young Trevor Bruttenholm is working as an Intelligence Analysts for the British Government. After discovering a secret transmission from the Nazi’s, he reveals a conspiracy involving a long dead secret society, occult activities – his speciality – and the Third Reich. 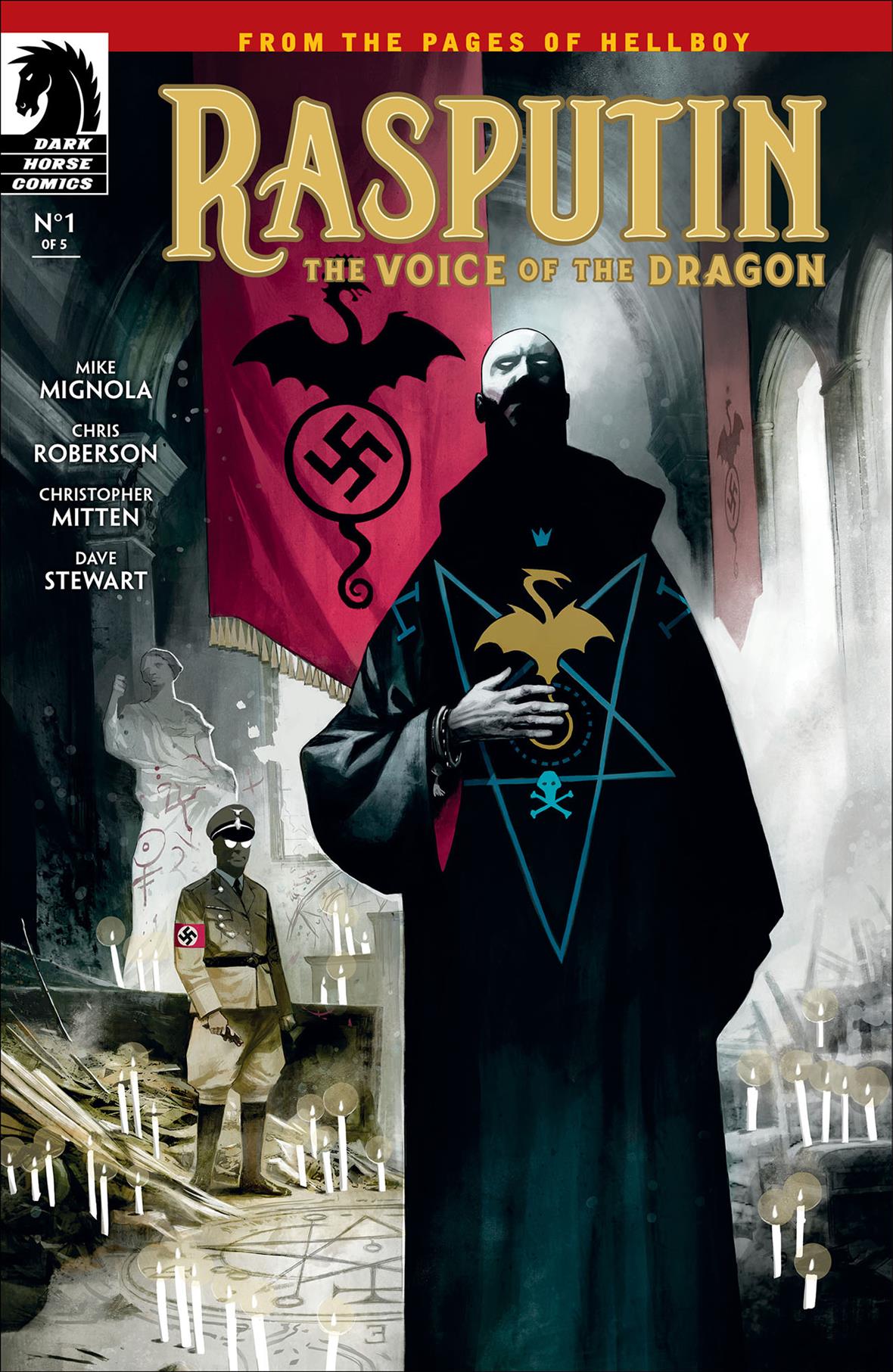 The story begins in Postignano, 1937, where we see the Russian mystic, Rasputin, kneeling before an altar. Thought to be long-dead, his presence comes as a shock to a young Heinrich Himmler who has been long been searching for him. Himmler propositions Rasputin, wishing to recruit him to help aid the Third Reich in building, and to lead a group of Nazi occultists. The story then jumps to 1941, in Buckinghamshire, with the war in full swing. We are being recounted events from the memoirs of a young Trevor Bruttenholm, the founder of the Bureau for Paranormal Research and Defence (B.P.R.D.), and future parental guardian to Hellboy. Bruttenholm is working for the British Government as an Intelligence Analysts, where he has been recruited to decrypt intercepted messages from the Nazi’s. He comes across a puzzling reference to a ghost that has popped up a few transmissions, and the coordinates to a village in Hertfordshire. He believes that he has found something of importance and presents his findings to his superiors, who dismiss his theories being ludicrous and absurd. Not willing to let it lie, Bruttenholm decides to take a few days leave and investigate the location himself, taking him down a path filled with Nazi conspiracies and an encounter with an undead member of the Heliopic Brotherhood of Ra. 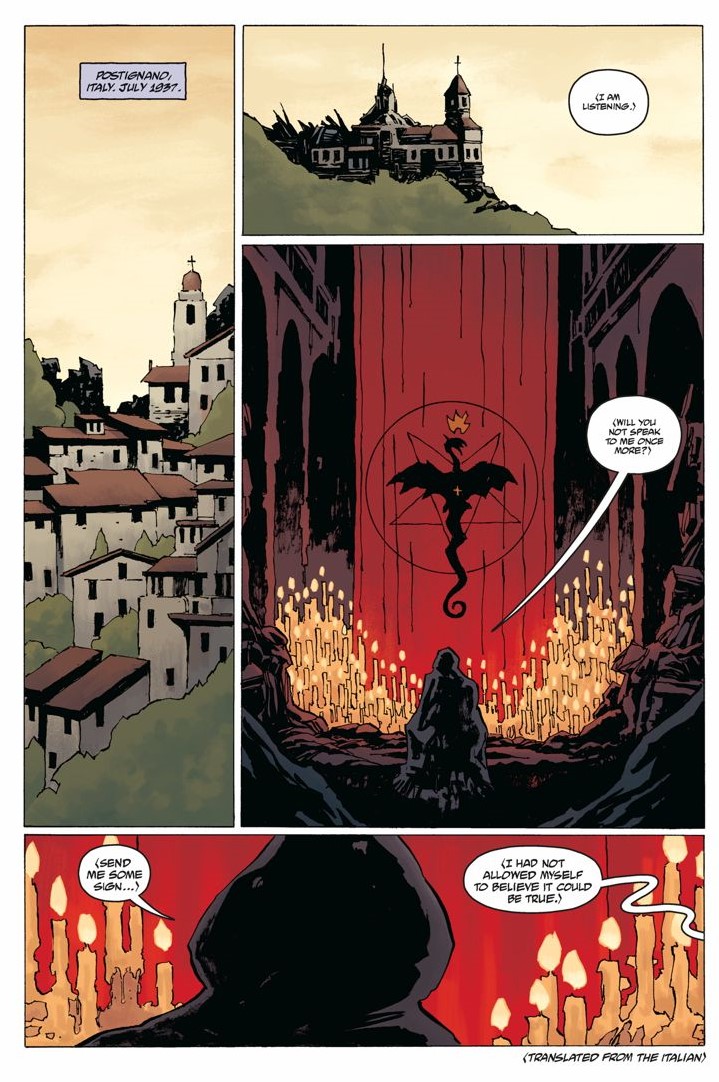 I’ve been waiting for this series to come out for some time now, and after reading the first issue, I want more! This was the kind of introduction that I was hoping for, with it’s compelling storytelling that weaves a menacing narrative.Chris Roberson once again co-writes alongside Mike Mignola, spinning a dark tale filled mystery, menace and intrigue. It’s great to finally have this part of the Hellboy saga revealed to us, detailing the events of Rasputin’s rise to power in the Third Reich and Bruttenholm’s investigations that eventually lead him on his first mission, and the eventual discovery of Project Ragna Rok. This is deep Mignolaverse mythology that is being explored, and in a way, it’s kind of an origin story for Rasputin and Bruttenholm, delving into their pasts to reveal their entwined backstories. I have a feeling that this series will finally answer some of those questions fans have been asking about Rasputin, and also flesh out more of the history of this world and the events leading up to the arrival of Hellboy. There is a wonderful sense of energy and anticipation in this story, heightened by an unexpected and somewhat unwanted visitor at the end of the issue. 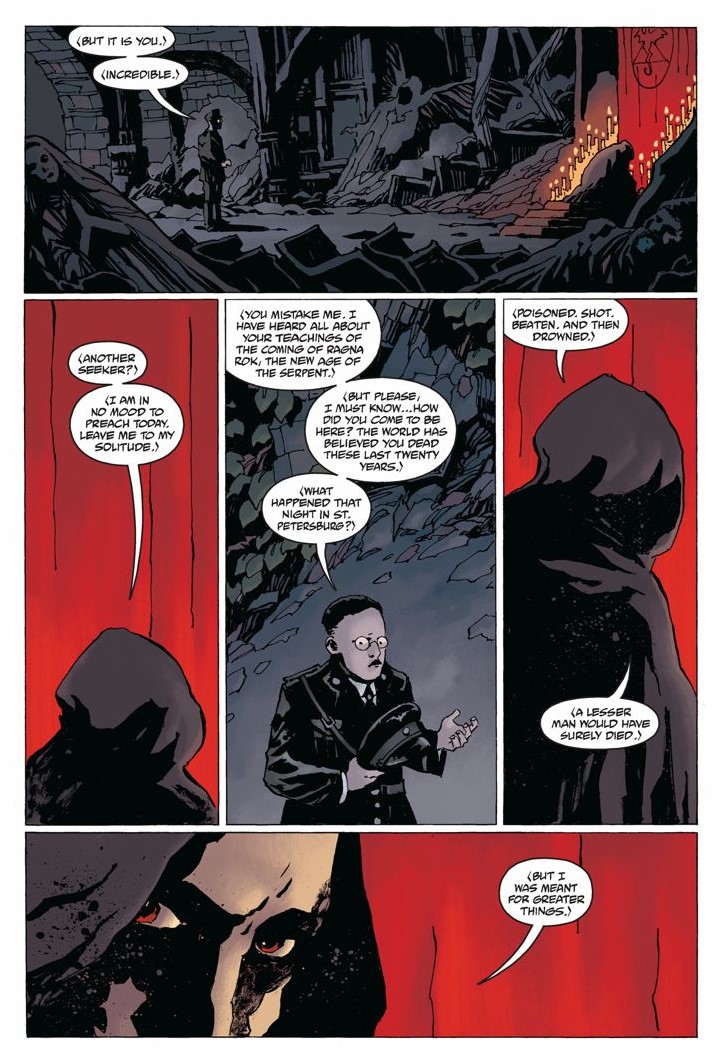 Christopher Mitten is the artist for this series, having previously worked on Mignolaverse titles in the past. His art is wonderfully engaging and detailed, and I really love how he captures the facial nuances of Bruttenholm and his dear friend, Harry Middleton. You really get a sense of their personality and character through their animated interactions and facial expressions with one another. I find that Mitten’s art lends itself perfectly to a story like this, with his ability at capture the dark and menacing nature of the occult and Mignola mythology. Heavy inking, dark silhouettes and detailed linework all come together to create an engaging visual narrative that is both broody and atmospheric. Legendary colourist, Dave Stewart, employs a palette that heightens the overall tone of the story, fostering a deep sense of unease and dread through his dark and tones. 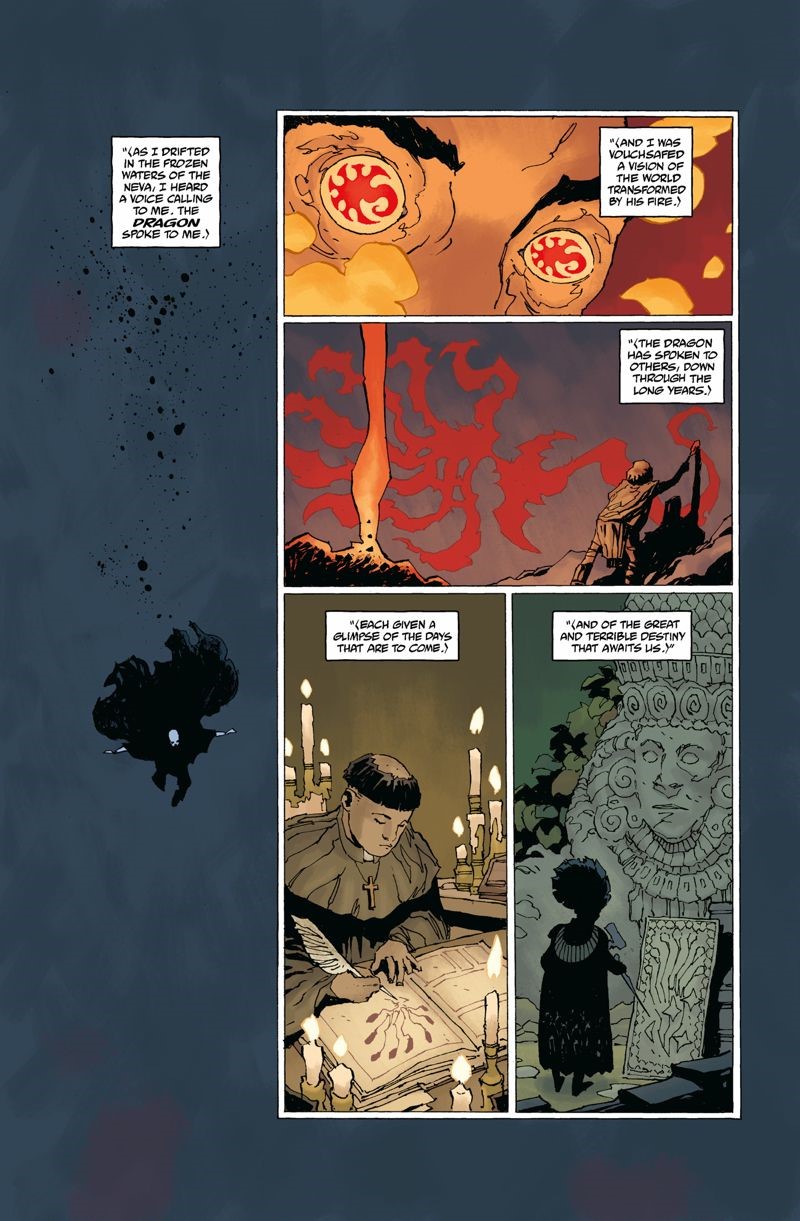 Overall, I found Rasputin: The Voice of the Dragon #1 to be a compelling first issue. I’m really excited about this series and looking forward to venturing forth into Trevor Bruttenholm and Rasputin’s past. The story is clever and well written, and this coupled with the wonderfully detailed art makes an outstanding first issue. If you’re a Hellboy fan, I recommend that you go and grab yourself a copy ASAP!