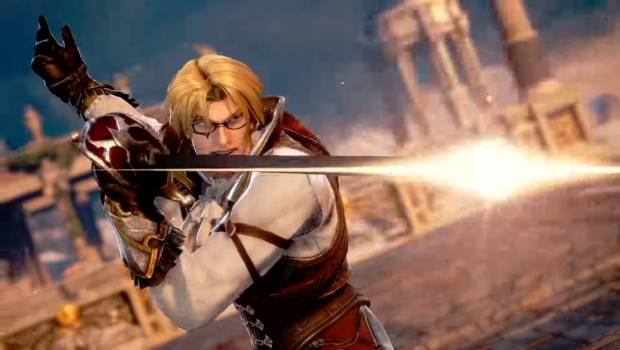 RAPHAEL RETURNS TO THE BATTLE IN SOULCALIBUR VI

BANDAI NAMCO Entertainment Europe is pleased to confirm fan favourite, French nobleman, and master of the rapier, Raphael, returns to fight in SOULCALIBUR VI – launching on October 19th 2018 for PlayStation®4, Xbox One and PC Digital.

Raphael’s fighting style is that of a fencer, delivering deadly blows to opponents through powerful thrusts and slashes. Processing great speed and agility, Raphael is at once difficult to hit and defend against when wielding his signature weapon, Flambert.

Born to France’s aristocratic Sorel family, Raphael was taught the ways of the upper classes from a young age. When he was older he learned medical practices and was rigorously trained in the art of swordsmanship. He used his knowledge and talent with the rapier to keep his family on top during the political wars that were common in those times. His cold nature, though, gained him many enemies. When the political balance shifted during the Evil Seed event, his family handed him over to the enemy to save themselves. Raphael eventually escaped to the slums where he was saved by a young girl by the name of Amy.

BANDAI NAMCO Entertainment Europe have also announced a network test to be coming soon for SOULCALIBUR VI. Further information will be revealed at TGS.