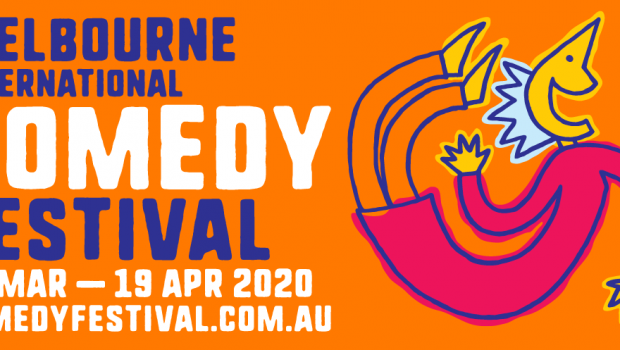 After taking a year off the festival circuit to conquer the globe, Randy is thrilled to be making his triumphant return to the Melbourne International Comedy Festival in 2020 with his most honest and well-honed hour of stand-up to date.

Modus Operandy sees Randy weave a crafty narrative through issues of race, identity politics, modern colonialism, fame and the unapologetic pursuit of a nomadic lifestyle. With the show already playing a sold out season at London’s Soho Theatre as well as back to back sell-out shows at Dynasty Typewriter in Los Angeles and Union Hall in New York, Modus Operandy is destined to be one of the hottest tickets in town.

Randy Feltface has spent fifteen years carving out a unique niche on the international comedy circuit. He was nominated for best comedy at the 2016 Edinburgh Fringe Festival, played an eight week off-broadway season in New York City in 2018, featured several times at the Montreal Just For Laughs Festival and his special Randy Writes a Novel is a pirated Youtube sensation. He penned and starred in his own ABC scripted comedy Ricketts Lane alongside his skinny comedy husband Sammy J, a role that earned him an AACTA award nomination for best comedy performance.  His occasional guest appearances on light-entertainment television programs in his native Australia have earned him much respect and an average income and he most recently infiltrated American television as a contestant on NBC’s Bring The Funny.

Randy’s live show is a high-energy existential crisis full of the kind of amusing anecdotes and biting observations that have earned him the title of World’s Most Entertaining Non-Human Comedian. With Modus Operandy already slated for seasons in Vancouver, Austin and Edinburgh – catch him while you still can.