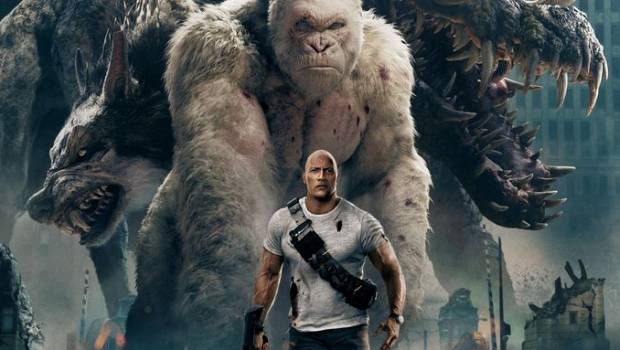 Summary: Rampage on 4K is a fun release with an amusing and exciting story that looks even bigger on this format

The film Rampage is actually based (loosely) on the 1986 video game of the same name and features a similar premise of monsters rampaging through the streets as the military attempts to stop these creatures. The protagonist of the film is Dwayne Johnson (aka The Rock) who plays primatologist Davis Okoye who rescued an endangered albino silver back gorilla called George from poachers. This bond did force man and ape to became friends, however when George is involved in a dangerous genetic experience, this turns him into monstrous ape, including other creatures who threaten our society. 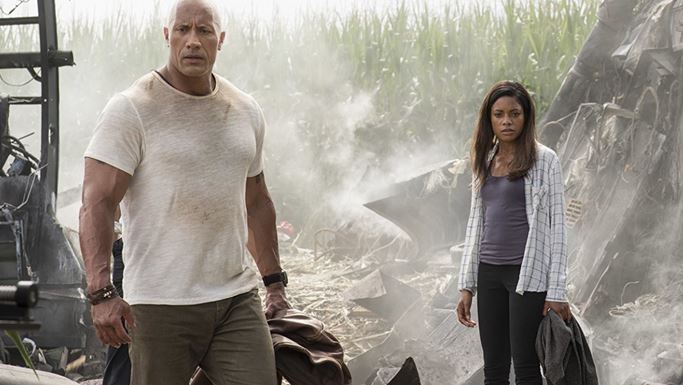 One of the catalysts of the Rampage is a genetically powered rat who has been experimented on in space and when this science station gets destroyed, this little (well big) critter is on his way to Earth with another two mutated samples to infect other animals on our little blue planet. As result, it does create a modern rendition of those classic films from the Golden Age of Hollywood with its over the top story and characters that somehow take themselves a little seriously yet somehow it all works. 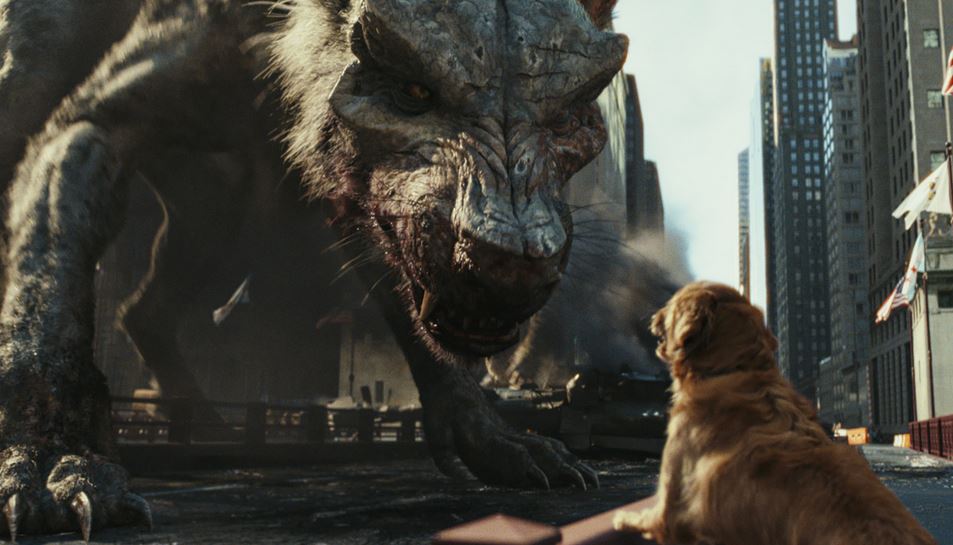 So while Davis refuses to give up on his friend, he vows to save him from this rogue genetic experiment which is where he teams up with discredited geneticist Kate Caldwell (Naomie Harris) in order to prevent this science experience gone wrong from destroying the world. As the government attempts to resolve this mess, it’s up to Davis and Kate to navigate the balance between man and rampaging monster in order to save George. Add in action, some classic Dwayne Johnson acting and awesome one-liners and Rampage although cliched is a fun pop corn movie that will definitely have you invested from start to finish. 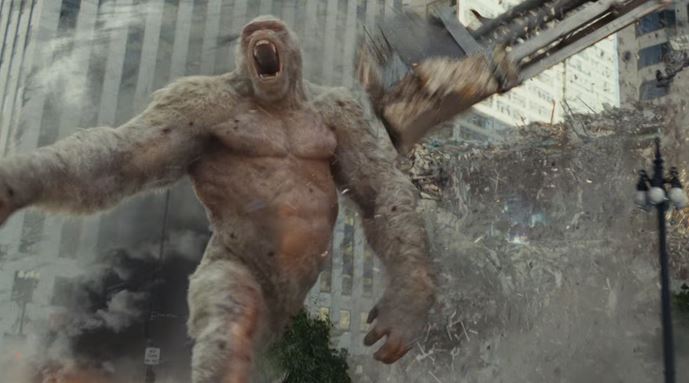 This release of Rampage is quite impressive on 4K which boasts some exceptional sharp images and amazing colours courtesy of HDR that looks quite lush. However as the budget of this film is a little smaller than other blockbusters, the CGI does look a little strange at times and furthermore, the film is a hybrid of mixed resolutions. Audio however is spectacular and really brings this film to life and is one movie that must be listened to loud. There’s also a wealth of special features that takes the viewer behind the scenes of Rampage as to how it was made, it’s inspiration and a very amusing gag reel to name some of the picks. 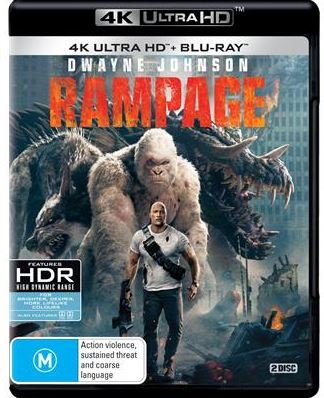