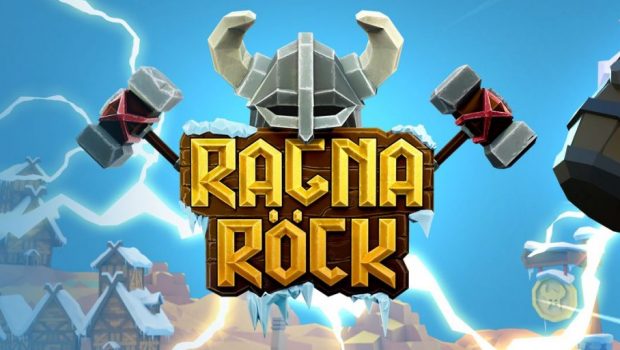 Summary: Inspire your shipmates to row faster by beating drums in time.

The concept behind Ragnarock is both simple and brilliant. It seems basic enough… it’s a rhythm game. But then when you think about it… you think “Of course! How come it’s taken this long for someone to make a rhythm game like this?” 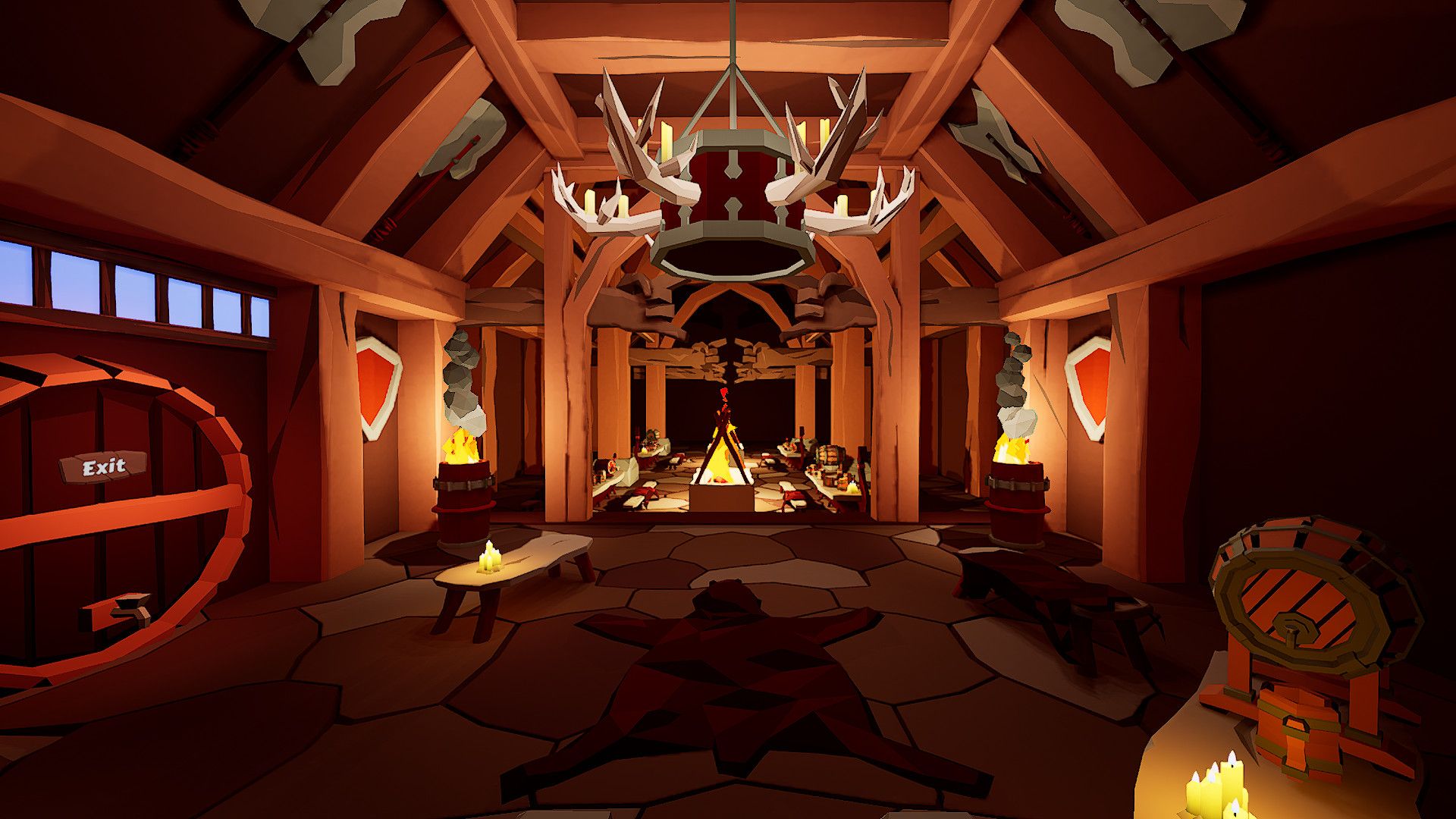 Sure enough, the basic concept is indeed like any other rhythm game, think Beat Sabre or one of the many “clones” and you’ll have a perfect idea of the concept. But what makes Ragnarock stand out is in the execution and environment. Don’t get me wrong, the thematic music plays a role too… but I’m pretty sure, for my own sake, the environment is the thing that elevates this to top of the heap. If you think of most rhythm games, you typically think neon lights/colours, a bit of dance/techno/electronic music and feeling almost like you are dancing. Ragnarock puts you in the position of ships drummer, you must keep the beat in order to inspire your shipmates to row faster and faster, keep your rhythm and they will keep their strokes synchronised, loose rhythm and your rowers will fumble and slow too. 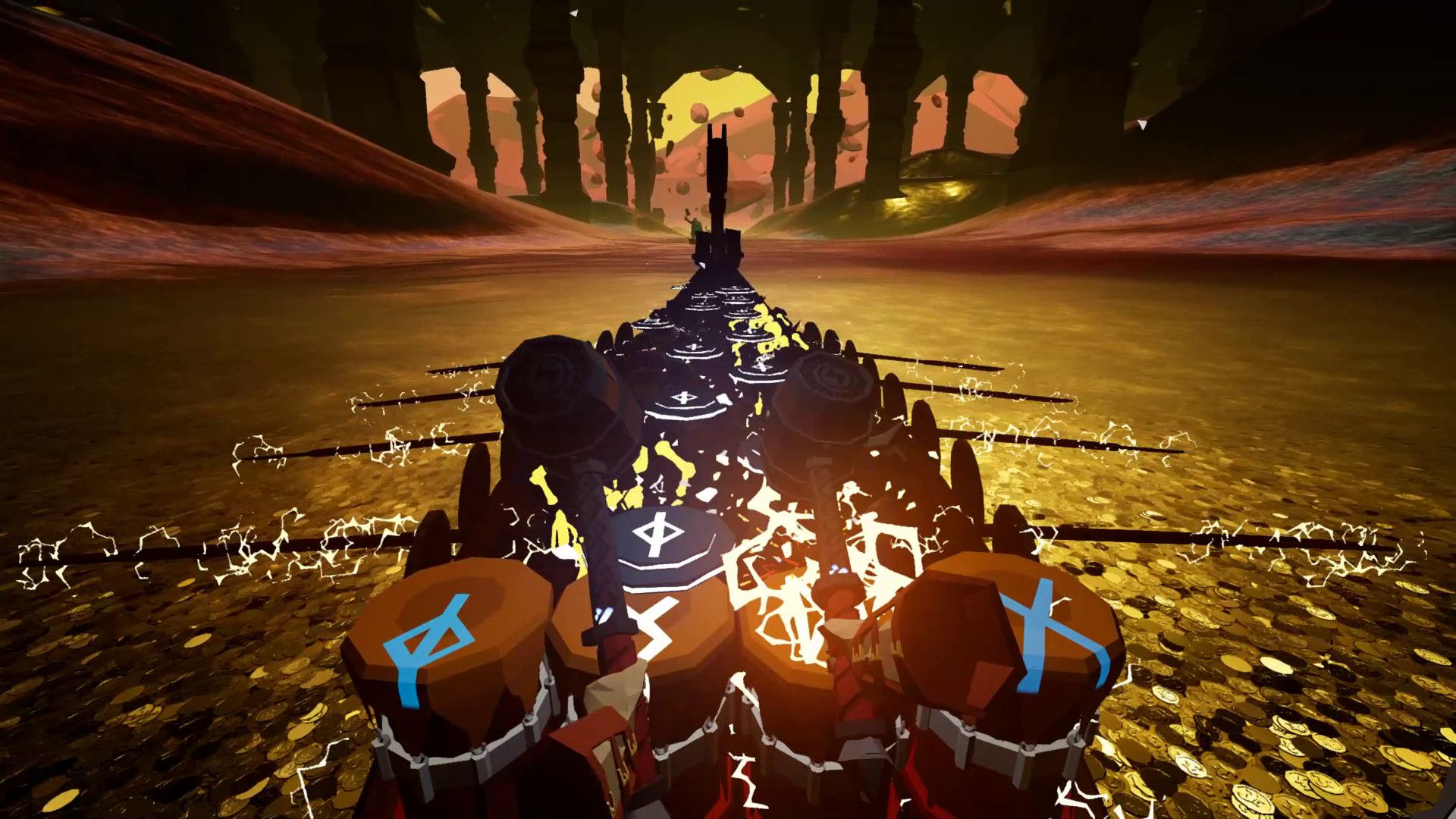 As I said, it’s a simple enough concept… but one that for some reason has not been taken up until now and I’m so glad the developers took the concept and ran with it because it’s all sorts of epic fun! If you think of your favourite track from any other VR rhythm game and how it feels getting the beats just right… now imagine getting your beats just right by thumping away on drums as rows of oarsmen stretch out before you… rowing in time to your drum beats. You can watch as your ship makes its way through the waters with you driving it on with every strike! 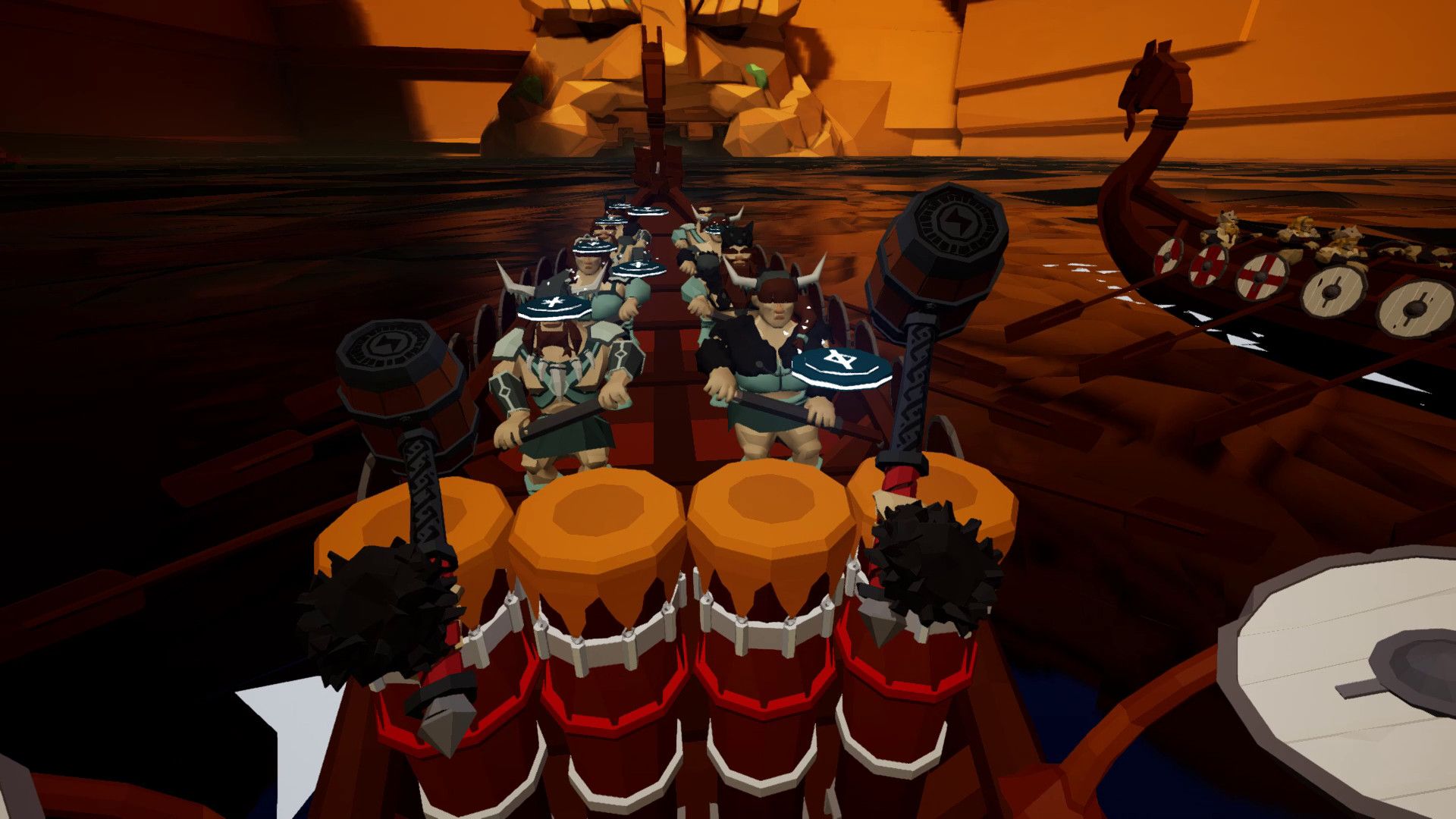 Visually the game leans more towards a cartoonish look, but this doesn’t detract from the overall feel of it at all, it simply means you can focus on your drumming and everything else becomes just peripheral filling. The metal music of course adds to the whole aesthetic flare here and certainly helps you feel the rumble that drives your ship forward! You could almost believe you were heading out to conquer new lands or to face your foes in battle. 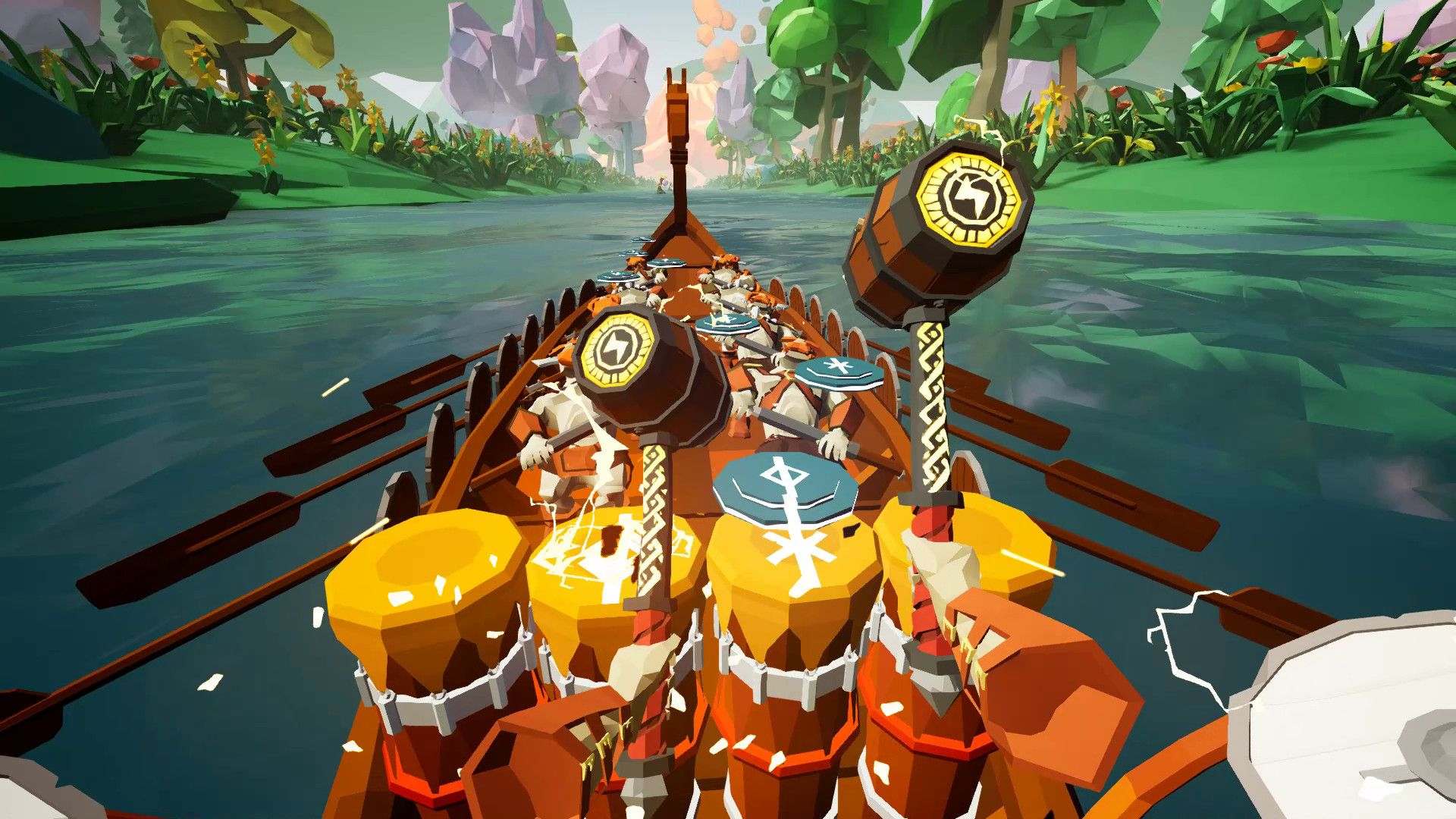 On the note of foes… you can play multiplayer in which it feels a little like dragon boat racing… you can watch as your competitors try (or succeed) in matching/beating your speed on either side of you… inspiring you to make every beat count. Get enough timed runic beats strung together and you get to take it up a notch and bang on some shields to the left or right of you… all the while inspiring your crew mates to row faster and faster. 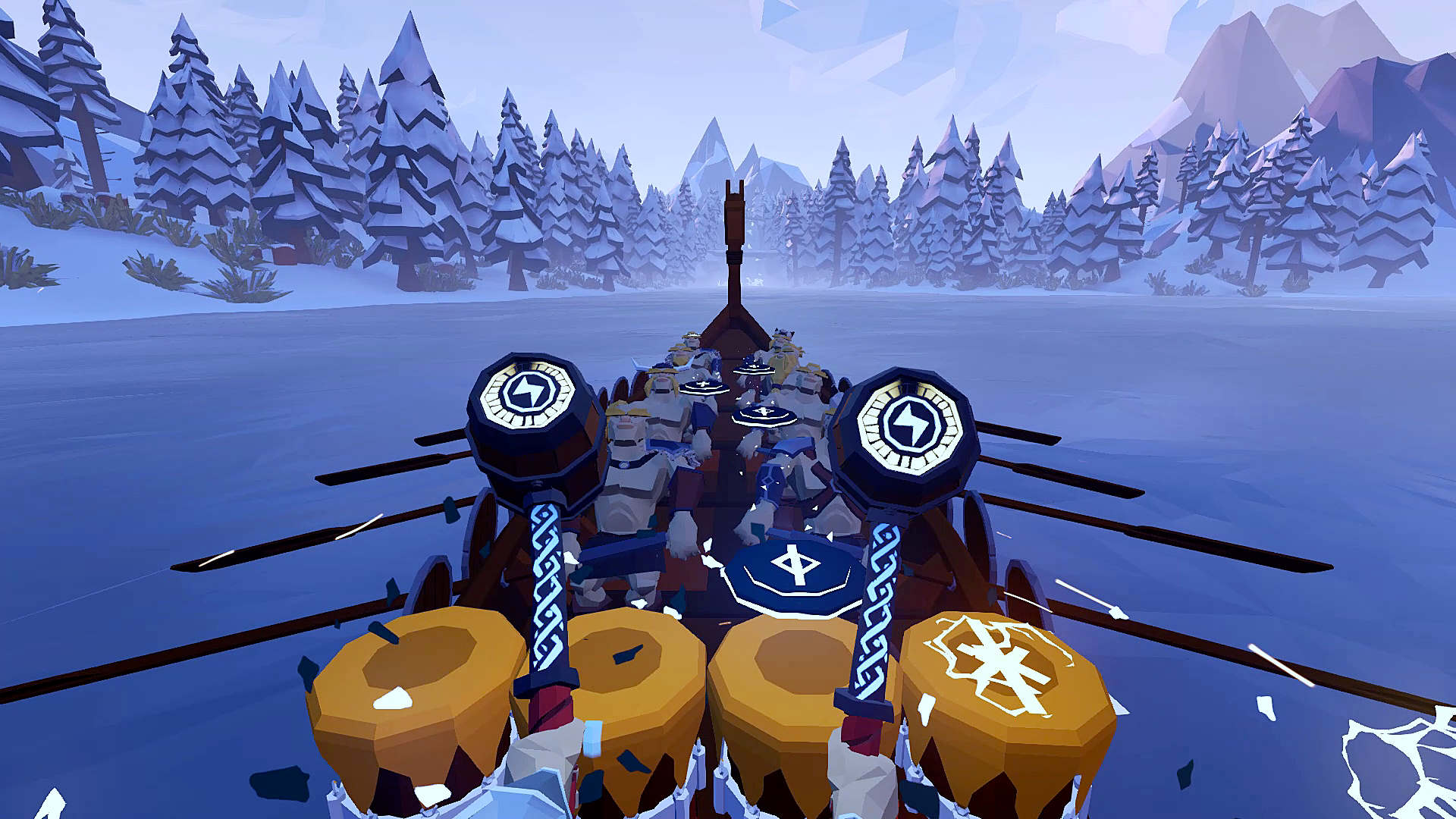 It’s not a bad price, considering how much play you can get from it. You may want to wait for a sale but I am pretty confident from the first moment you stand before your men and the beats start rolling in… you’ll know you’ve made a good purchase. If you want some epic rhythm/drumming sailing action then this is your game. Personally it has taken top spot in my rhythm game list, having a more visual goal to your actions seems to be an extra motivator and the orchestral, soul thumping music just gets your arms swinging! Great fun! 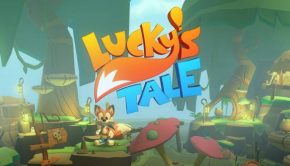 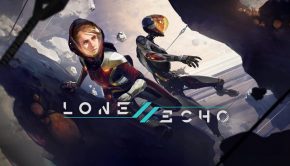