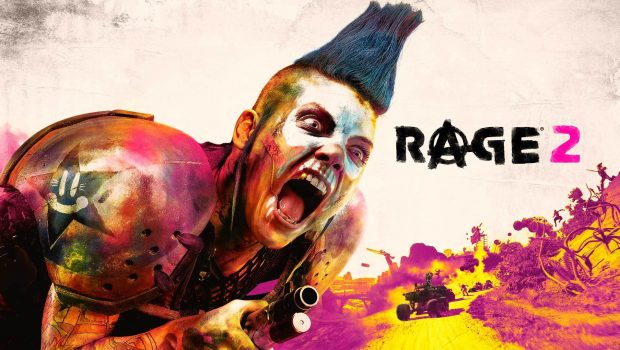 Summary: Explore a dynamic, post apocalyptic world in the long awaited Rage 2. A good game for those who are new to the open world genre.

Set 30 years after the events of its predecessor, “Rage 2” is the latest Open World FPS from game developers Avalanche Studios, id Software, and publisher Bethesda. The game offers a diverse and beautiful world for players to explore and a balanced combat system ideal for new gamers. Those who have played the previous title will be right at home as many iconic characters make their long awaited return to the apocalyptic wasteland.

Having never played the original title, I was not sure what to expect prior to playing this game. My only knowledge coming into this plot wise was that a giant meteorite crashed into the earth killing everyone except those fortunate enough to be frozen away in underground bunkers. However, upon returning to the surface, humanity is shocked to find that a technologically advanced faction is now gunning for word domination. Sound familiar?

As a challenge, I’d like you to tell all of your gaming buddies about the aforementioned plot description and ask them to guess what game you’re talking about. I guarantee that most of them would answer ‘Fallout 4’. An odd request, but allow me to explain the logic behind my madness.

Like all good sequels, (movies, TV shows, video games or otherwise,) “Rage 2” begins with a beautiful little cinematic clip explaining the important events that have happened thus far and, in doing so, brings everyone up to speed. This is perfect for gamers like me who are new to the series or those who need a recap. Yet, for me, that’s where a lot of the confusion began. While the game is without a doubt called “Rage 2”, the plot felt like an expansion for “Fallout 4”. Normally this wouldn’t be a huge issue but, as most of you would know, the publisher of the “Rage” series, Bethesda, is the same company that created the “Fallout” series. Knowing this, I’m unsure if Bethesda is simply playing to what it knows best, or if “Rage 2” was originally intended as part of the Fallout series in some way. I could be completely wrong, but from where I’m standing, there is way too much similarity between the two games. Especially after the disaster that was the last game published by Bethesda: “Fallout Vault 76”. 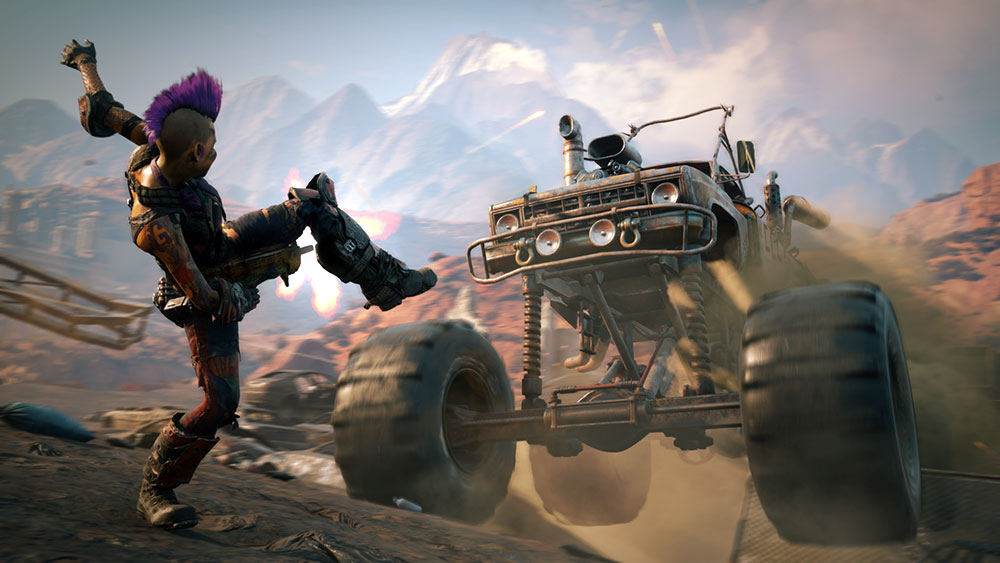 Regardless of the plot, “Rage 2” handles really well as an open world game while encompassing a lot of vital elements required for any game of that genre. Of all the open world games I’ve played over the years, I’ve never found one that is as balanced as “Rage 2”. Nothing in this game feels out of place and all aspects of the world blend together seamlessly. However, as much as Thanos would be proud of just how balanced the world of “Rage 2” is, I can’t help but feel like the game is still missing something.

Without question, “Rage 2” has been made well; the graphics are good, the combat is good, and the subtle dabs of humour are also good. But while good might be ok, it still doesn’t make for a great game. My biggest issue with “Rage 2” is how much it is lacking in depth. From the moment you begin playing “Rage 2”, everything is explained leaving nothing new to discover other than the locations of bandit camps and mutant breeding grounds. Even the plot is explained in detail, leaving no room for plot twists or unexpected surprises. In fact, the entire main story campaign only consists of eight missions, each only taking twenty to fifty minutes each to complete. The only thing that makes the game longer is the few hours it takes to complete a handful of side quests that are required to unlock the final four missions of the game. Everything else is completely optional and doesn’t really add to the overall enjoyment of completing the game. All of the side quests fall under one of the following categories: Killing all the bad guys at a particular location, destroying a giant turret, taking down an armoured convoy, racing or trying to find collectables hidden around the world. Normally, this would be a challenge and would make the game quite enjoyable, but all of the fun was slowly stripped away once I found that I could buy all of the crafting materials required for upgrading my character’s weapons, powers, and vehicle. 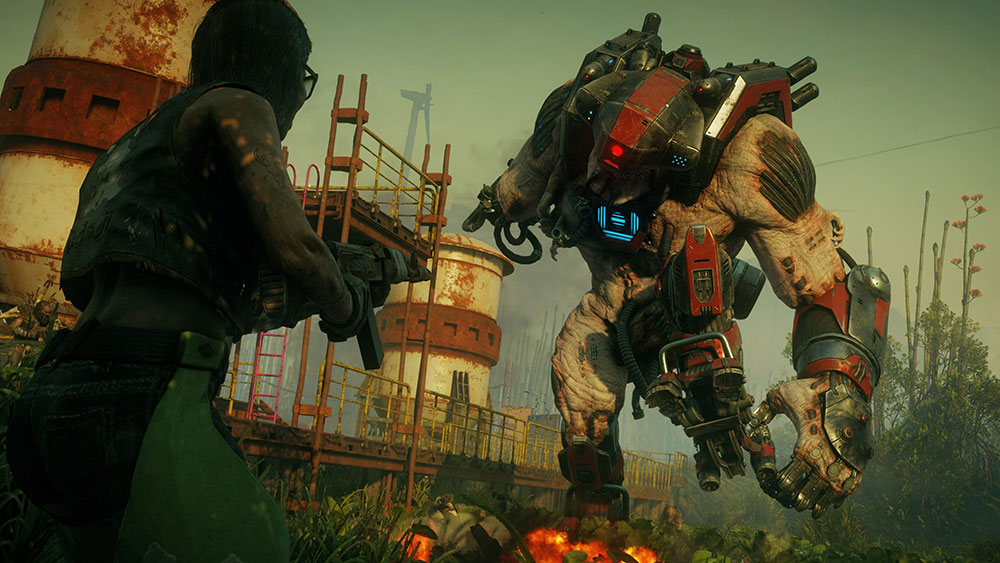 While I know that the majority of my opinion of “Rage 2” isn’t the most positive, I will take a moment to point out the attention to detail. There is a level of satisfaction to playing a game that remembers to add in those tiny little details. One of my fondest moments was during a side quest after completing one of the campaign missions. During the mission, I had to hack the computer network in order to gain a high level clearance, thus resulting in myself becoming the president of the United States, of all things. From that moment on, every time I interacted with an AI, I would be formerly greeted as Mr. President. Another example is at the very start of the game where you are given the choice of gender for your character. As expected, two characters stood before me on the screen awaiting my decision. What was unexpected was that whoever I didn’t pick would be killed moments later by a hail of enemy gunfire, leaving my character as the only person still standing. Never have I encountered such a unique way of including something as simple as gender selection into the plot of the game.

As a gamer who loves the open world genre, I felt disappointed about just how much effort went into making this game beautiful, yet that beauty was only skin deep. “Rage 2”, in my mind, is still very much a good game but not something I’d recommend to veteran gamers. The campaign doesn’t offer enough content to maintain the interest of older gamers who are looking for an ongoing adventure like that offered by other games of the same genre. However, I would have neither issue nor hesitation in recommending this to younger gamers who are transitioning from your typical family friendly titles to something a bit more adult orientated. Not to say “Rage 2” is a blood bath but I would say it is more designed for gamers in their mid teens and older. Over all, Rage 2 is a good game, but not worth buying if you’re already an established fan of open world games.