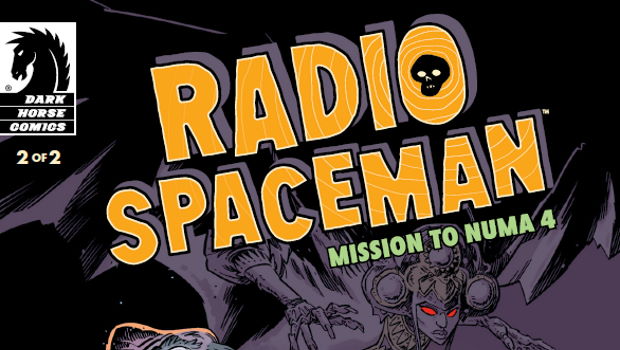 Summary: The impressive build up in the few pages of episode 1 have been equaled in the conclusion here in episode 2 of Radio Spaceman!

Radio Spaceman #2 opens with the action that we were in the midst of with issue 1… that pace doesn’t really ease until the last page (well ok… it starts to wind down a page or two out… but really, it’s the last page when you will feel you can take your breath again and relax back into your seat!).

The apparent ritual at the mysterious temple are nearing completion as Radio Spaceman enters to rescue Doctor Azee… but it may be too late… Gargooom rises and the escape doesn’t go as smoothly as might be desired. It’s not all danger from the temple though… another danger has emerged from the wreckage that began the adventure. 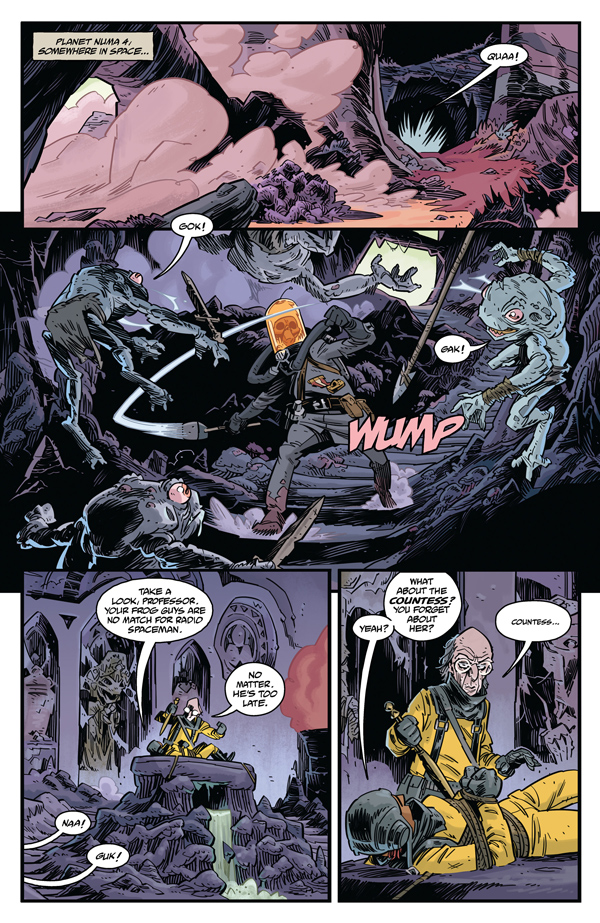 There’s a great balance of edge of your seat action and snarky comical dialogue here to stop your knuckles getting too white from tension. The introduction of challenges is nicely spaced too… just as one hurdle is cleared another shows up… then another, but there’s enough room between each one to catch your breath before the next threat digs in. We also find that Doctor Azee is not only a well read scholar but is also very capable in a fight… in fact she has some secrets of her own that obviously throw questions up for possible future stories (I’d be happy to read the adventures of Radio Spaceman and Doctor Azee… I could just imagine the eventual face to face meeting of the Doctor and the man behind Radio Spaceman). 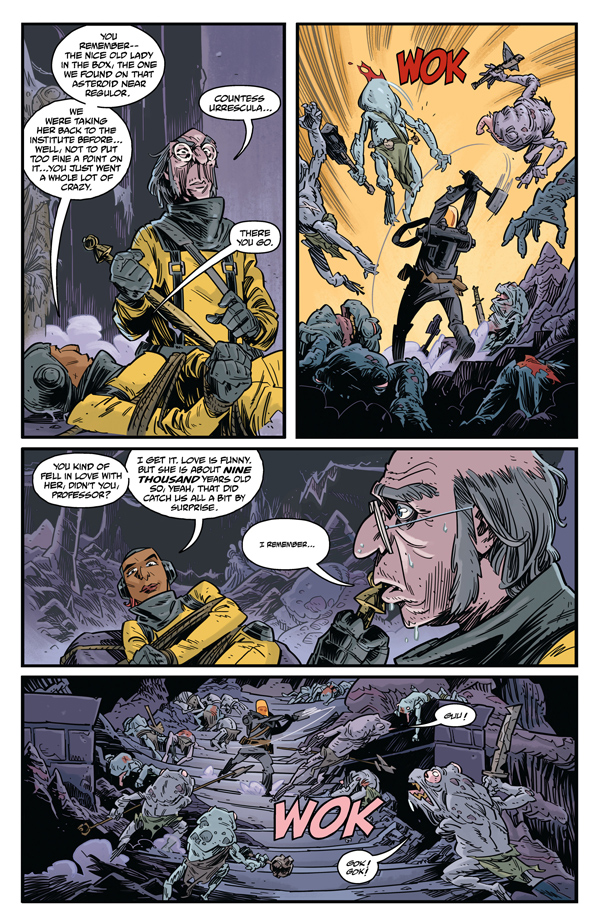 There’s a lot going on here… no really… there’s an awful lot going on. It’s thanks to the skilled line work and colouring of Greg Hinkle and Dave Stewart respectively that not only keeps the action clear and easy to follow but also engaging and exciting. I think my favourite panel is a little under half way through… the reveal of Gargooom leaves Radio Spaceman’s operator… some what lost for words and the expression on his face is just brilliantly portrayed! 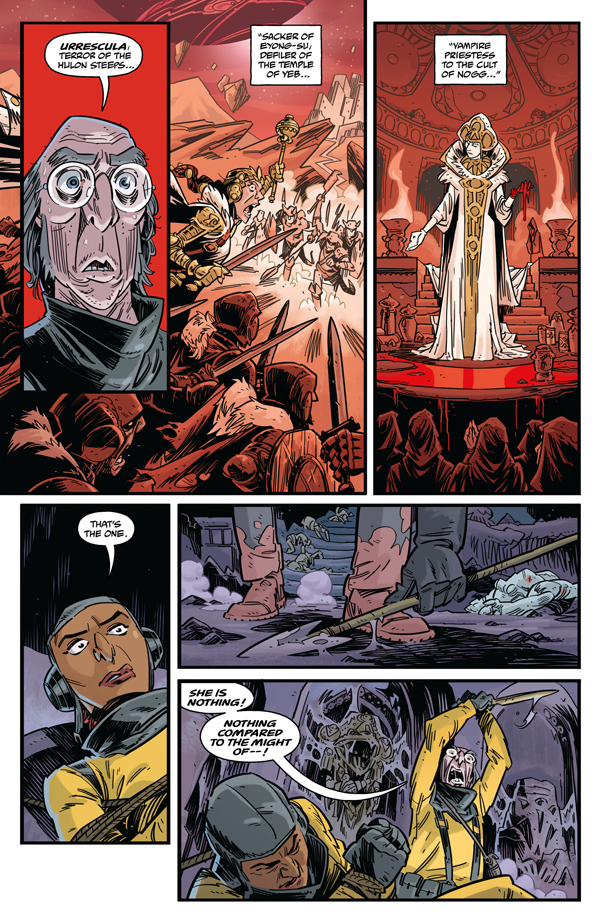 I am again, really impressed with how much story has been packed into two issues. There’s enough material here indicating other larger events and hinting at previous adventures to set things up for what could be many more stories and as mentioned earlier, I’d be more than happy to go on those rides. Radio Spaceman is a fun character with a lot of action and adventure to spare. Grab it if you like Mignola’s works or simply like a bit of Science-Fiction action in your comics! 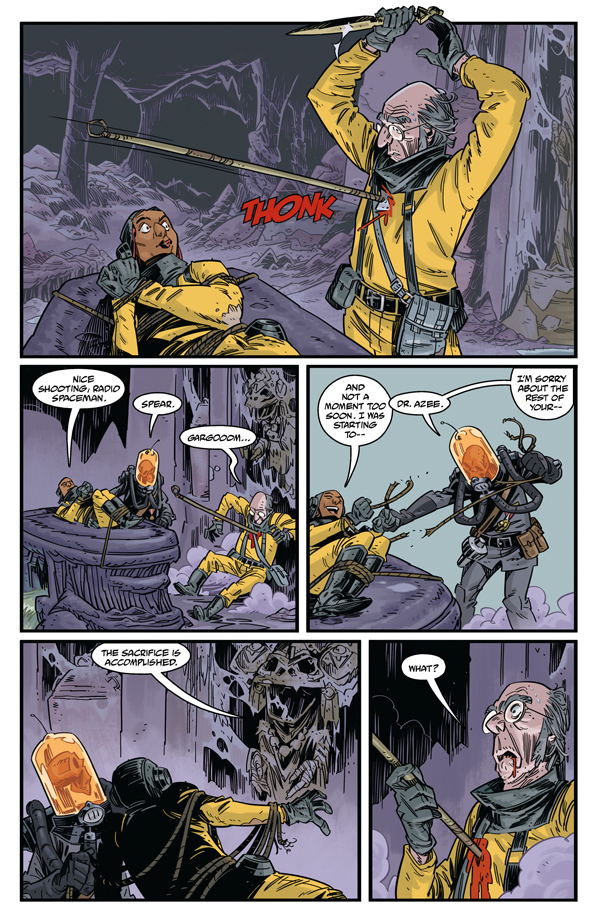