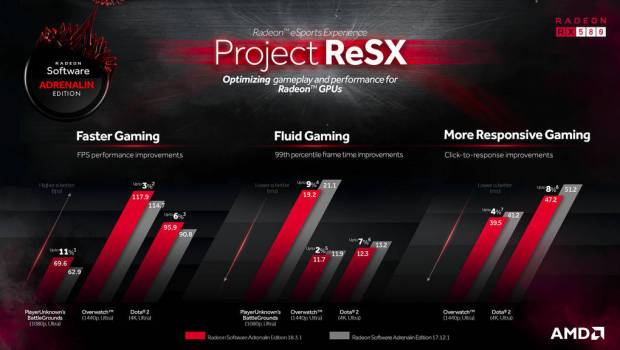 These gains are thanks to a special project within the Radeon Software group known as Project ReSX (Radeon eSports Experience). Over the past few months, AMD worked closely with developers on in-game optimizations and built optimizations directly into Radeon Software, to fine tune performance for the world’s most popular games on Radeon GPUs, ultimately ensuring the best possible eSports experience for Radeon gamers.

With 18.3.1, PlayerUnkown’s BattleGrounds, Overwatch and Dota 2 are more fluid, responsive and faster for gamers than ever before. See the performance improvements for yourself in the charts below. You can learn more about Project ReSX here. You can download Radeon Software 18.3.1 here.