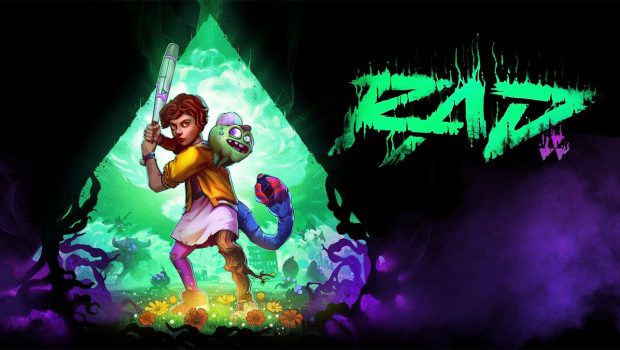 It’s not a huge surprise with the number of us that grew up in the 80’s hitting our career stride now, that nostalgia infused shows and games are hitting the market. RAD rips the hypercolour world of the 80’s and thrusts it into the apocalyptic future some of our favourite movies saw for us… throw in a touch of contemporary environmental protectionism/restoration ideology and you have some idea of what RAD is about. Another way to think of it is Diablo played out mostly above ground and in NEON! 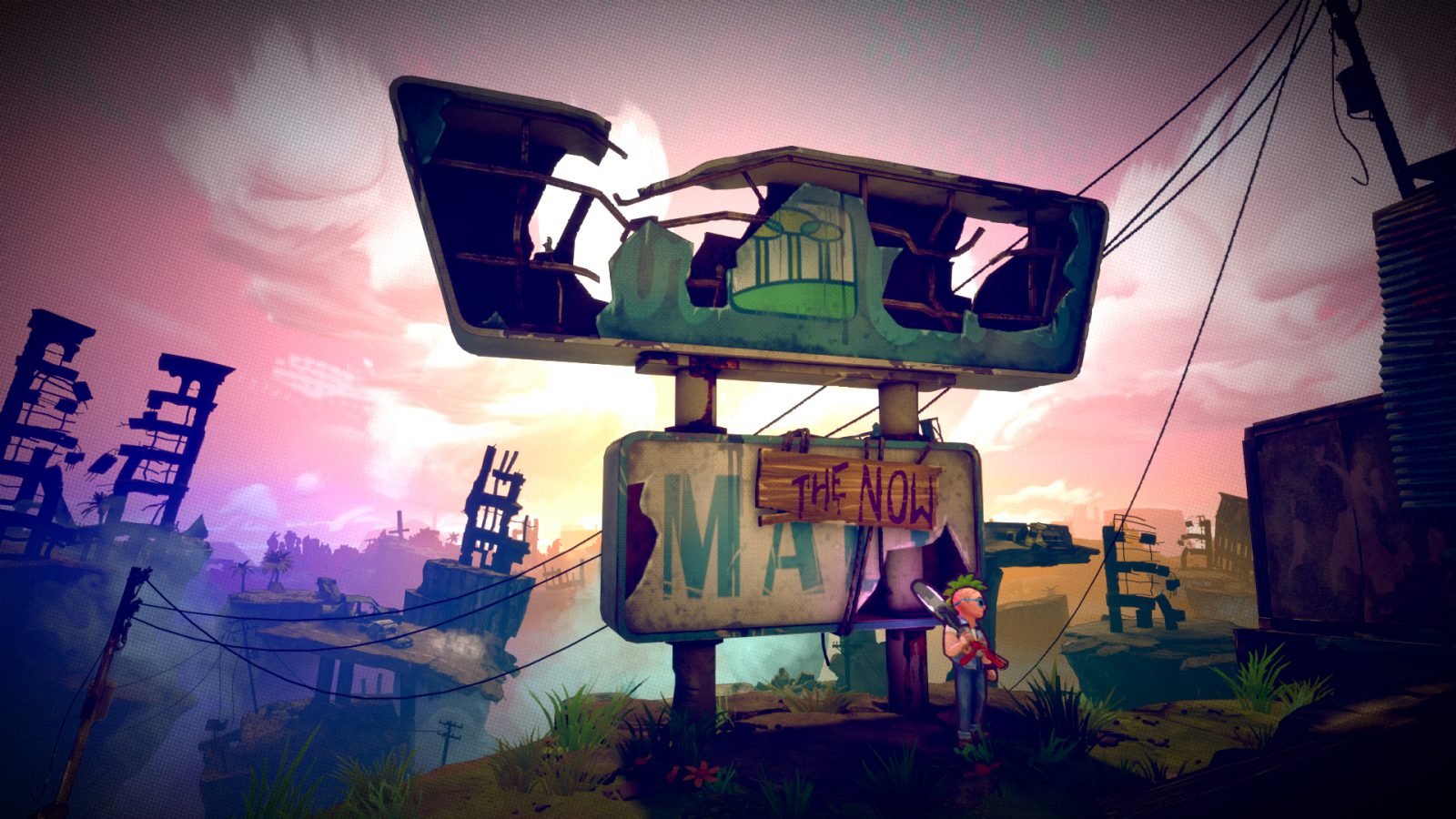 Ok… so if we peddle back a little here. You start the game learning that the world has gone through two major apocalypses, and it is your job to restore the world to what it was… at least some semblance of what it was. With a firm grip on that 80’s vibe… think E.T., The Goonies etc, you take on the role of a child who has to enter the Fallow a radioactive wasteland and try and bring it back to a livable state. 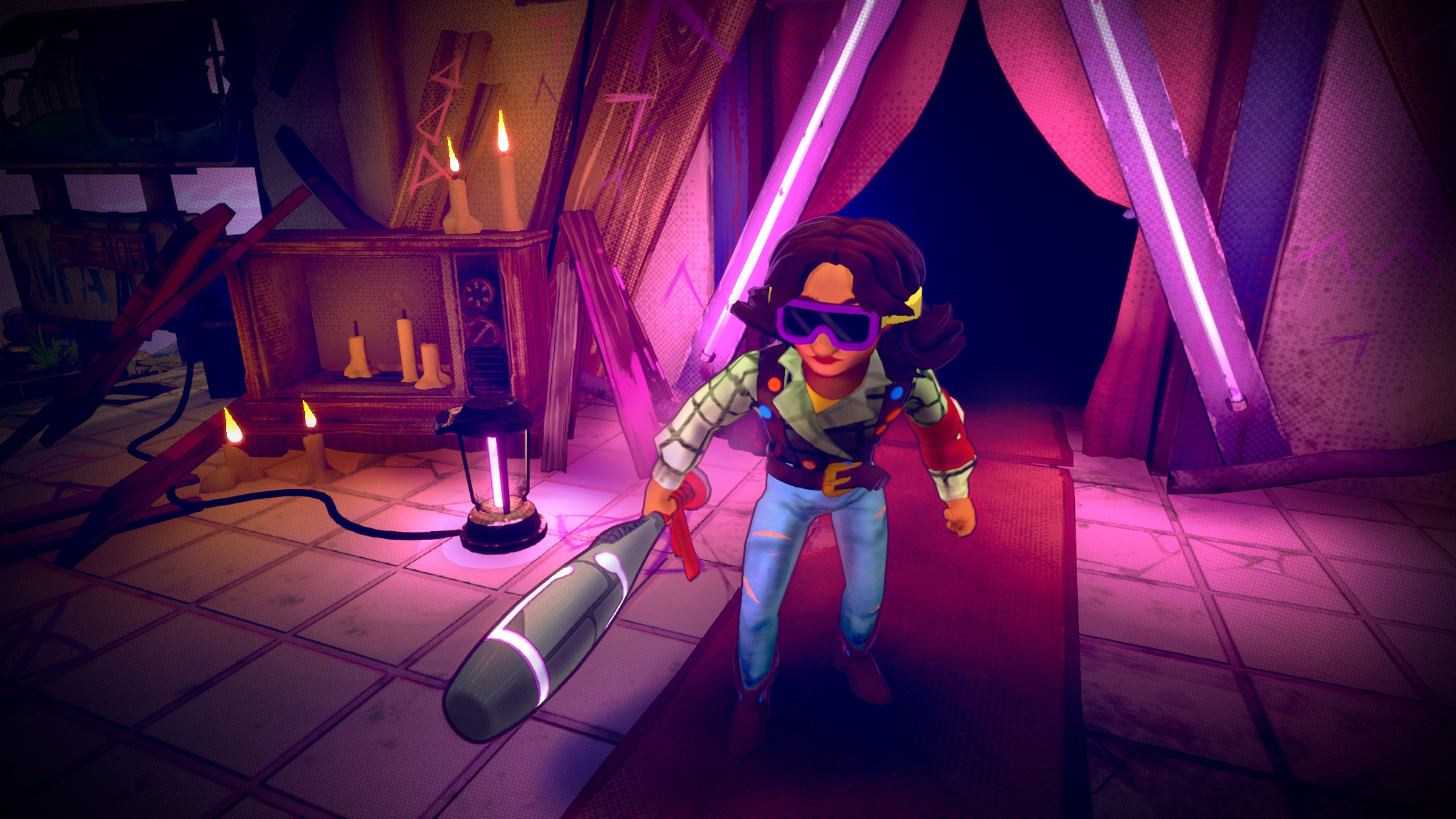 That radioactivity is clearly key to the game… not only does it give Double Fine the opportunity to tip the hat to one of the big cultural terms of the day but it also plays a big role in your characters interaction with the world… you see that radioactivity mutates you… how Rad! But in all seriousness… your character, as they progress, will unlock different mutations which can/should make your job easier. The power mutation (and the world around you) is randomly generated so you have no idea what you might end up with, this means you have to adapt to the game style provided to you each time you play. 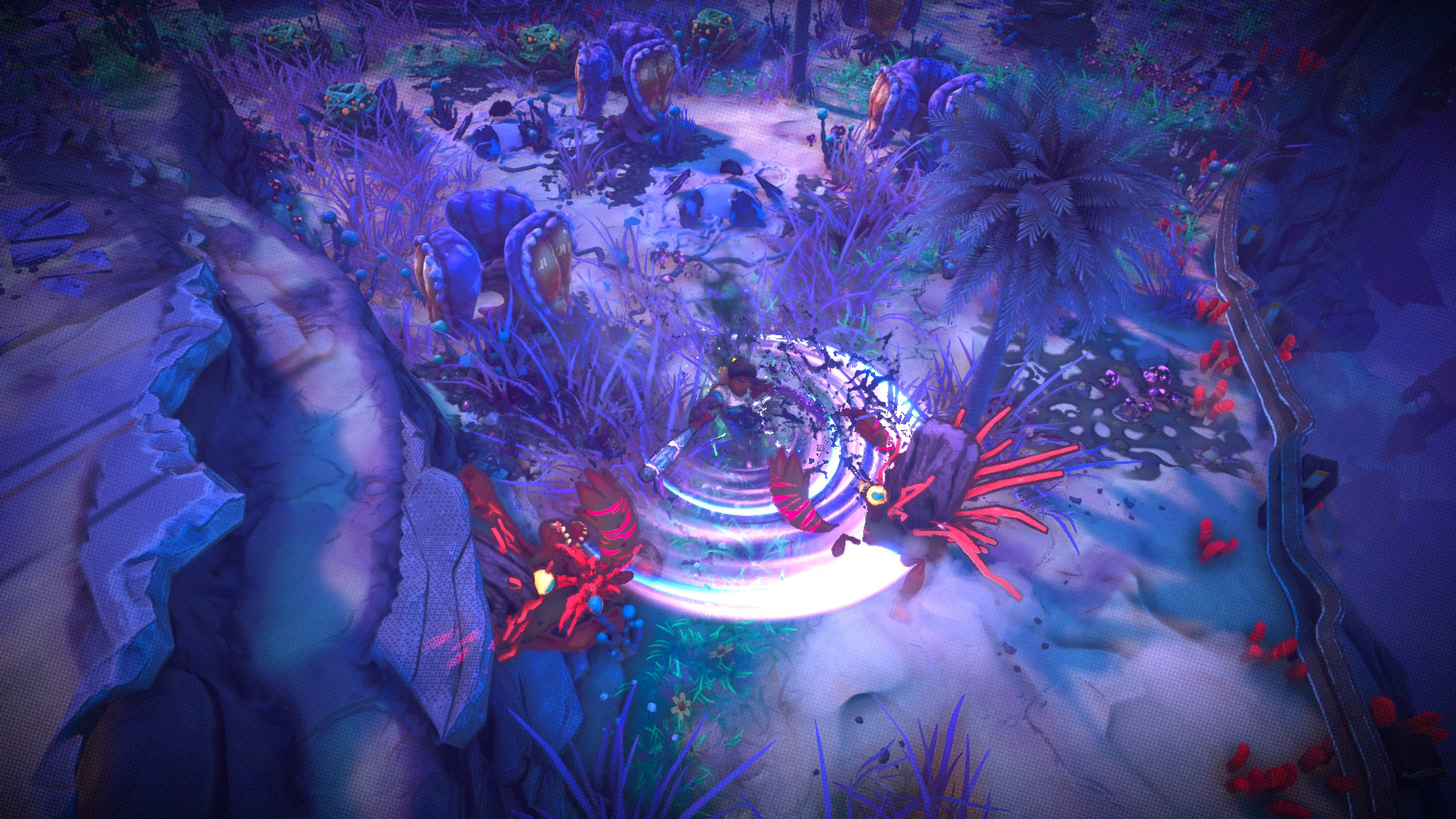 That random generation comes in handy when you find yourself dying and re-entering the Fallow to stop things getting too repetitive. But this is a roguelike and as such you will be dying, respawning and repeating. My first play of RAD this very game mechanic was part of what put me off… but when I handed the controls to my son and watched him play for a bit before giving it another try… I got a bit more used to the idea. I mean I loved Diablo back in the day… but I generally don’t like having to restart over and over again just because I mucked up a small part of a level. The only saving grace you have is that you can return to “the town”/village and bank your collected tapes (which act as the currency in this world), these are then accessible through ATMs and can be used to buy upgrades and the usual fair of shopped goodies. 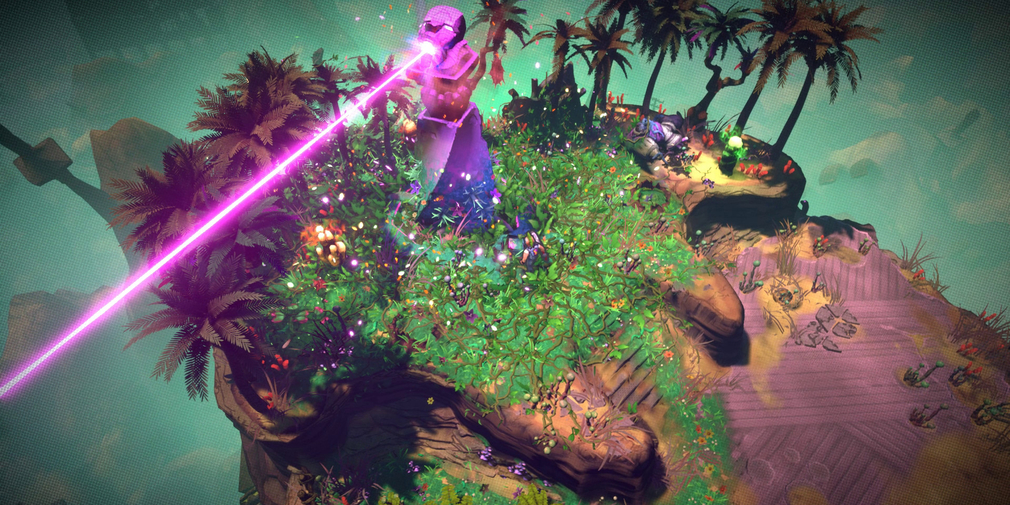 The synth music and strong bass voice over really add to that 80’s aesthetic… what I was a bit less keen on was the overly Neon look to the world… it just felt a bit much. In saying that, it fits the world… I just personally found it a bit overwhelming. 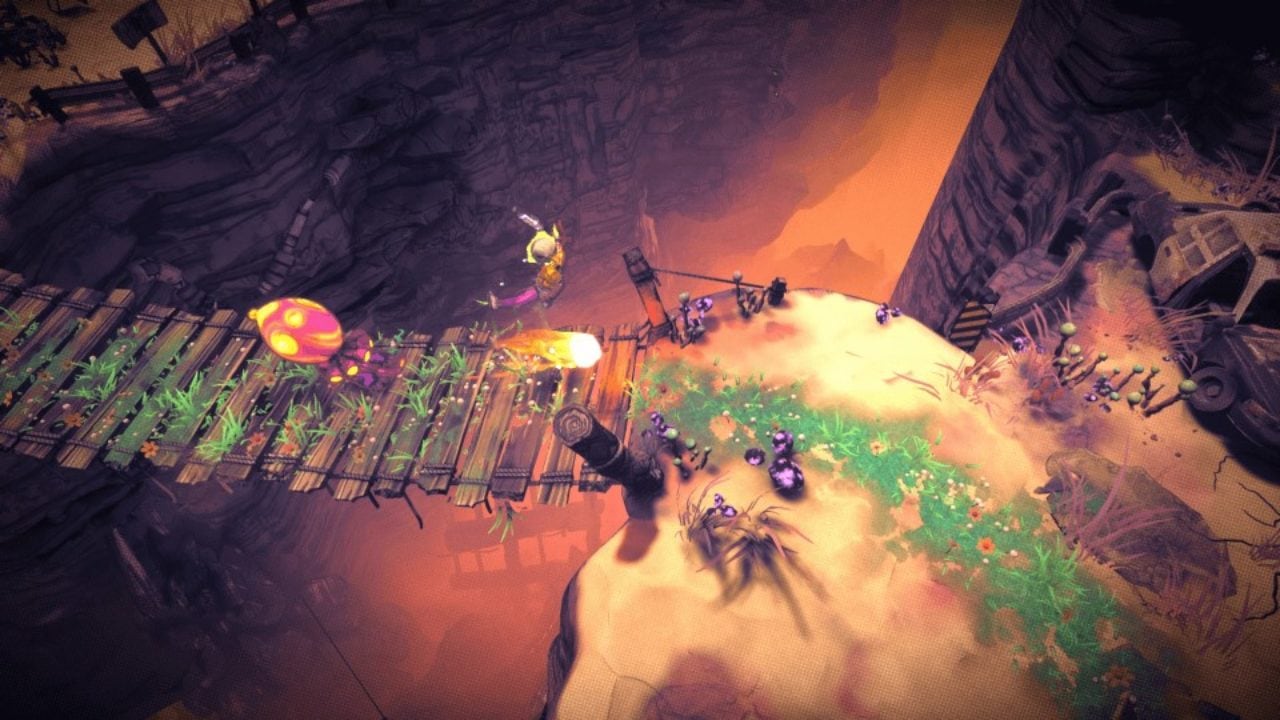 For children of the 80’s there’s a lot of familiarity here and that does mean there’s a lot to love. It is a roguelike so if you get frustrated by dying and having to restart at the beginning, it’s likely not for you. If you like a challenge and your retinas can stand an onslaught of bright neon colours with 80’s references and an environmental message then this might just be your can of 7up… so don your powerglove, put on your acid wash jeans and get ready for some new retro gaming.