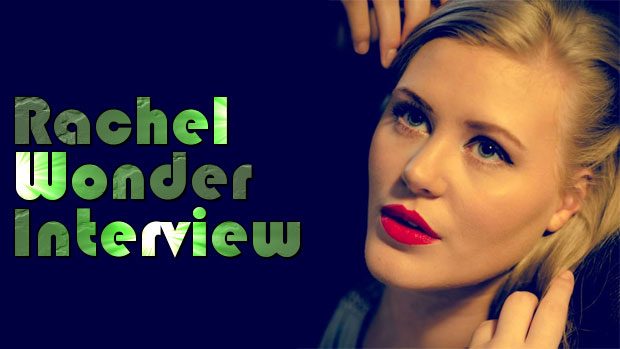 Welcome to Impulse Rachel! So the most obvious questions… what drew you to cosplay?

Hi guys, thanks for having me! I started cosplaying in 2009 after years of being a, shall we say, ‘closet geek’ as some are and had seen various videos from cons overseas as well as people in costume. I later discovered it was called ‘cosplay’, discovered the cons running in Australia and just thought to myself ‘I NEED TO DO THIS’ and here I am, years later, still doing it!

For me, the coolest aspect aside from donning the outfits of my favourite characters, is meeting new people. I’ve not only made some amazing friends over the years thanks to our love of this weird amazing hobby, but it’s really something to go to a convention, a cosplay meet or even at my work, and you’ve instantly connected with someone because you already have this big thing in common. 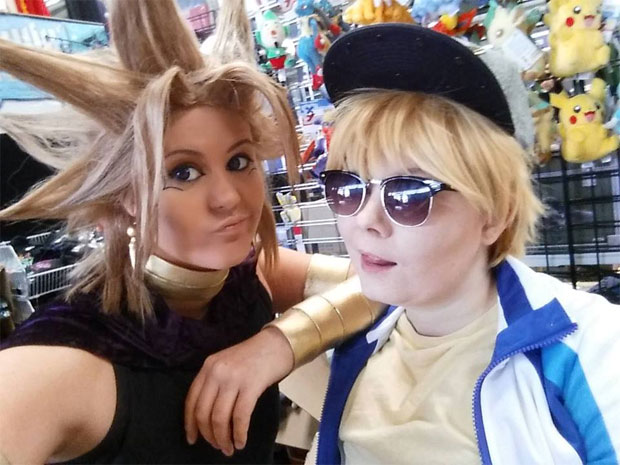 The most annoying thing would be when you’ve crafted something and you believe that it is convention ready… only to find out the hard way that it, in fact, is not. The horror stories of costumes and props breaking mid con is definitely the most annoying for any cosplayer, I’m sure. So basically, when a part of your costume or prop doesn’t turn out as planned. (Bless the cosplay repair stations that are popping up at conventions now!) 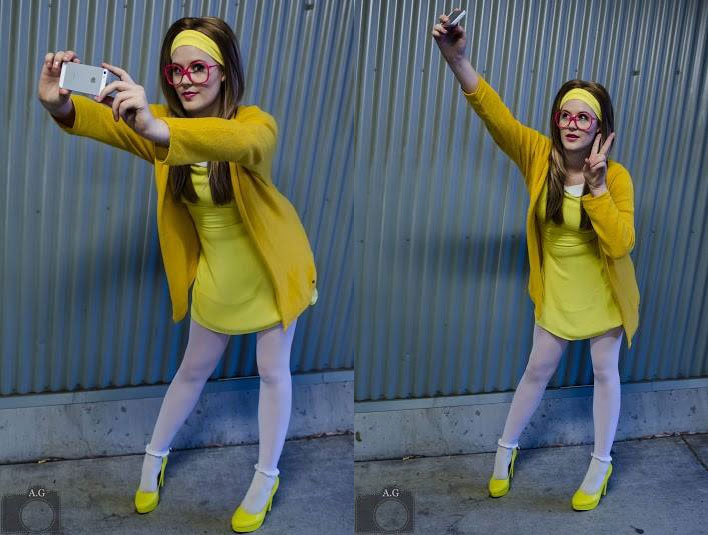 Is it difficult in modifying and creating your own costumes?

Depending on the costume for me. My costumes over the years have been a combination of bought, made from scratch and just modifying. I personally find modifying the easiest as you’ve already got base clothing to work with rather than starting from nothing. When something really hard works out perfectly, it’s worth every minute of painful hand sewing or hot glue burns though, especially if you kinda just, well, wing it and hope for the best [laughs]. 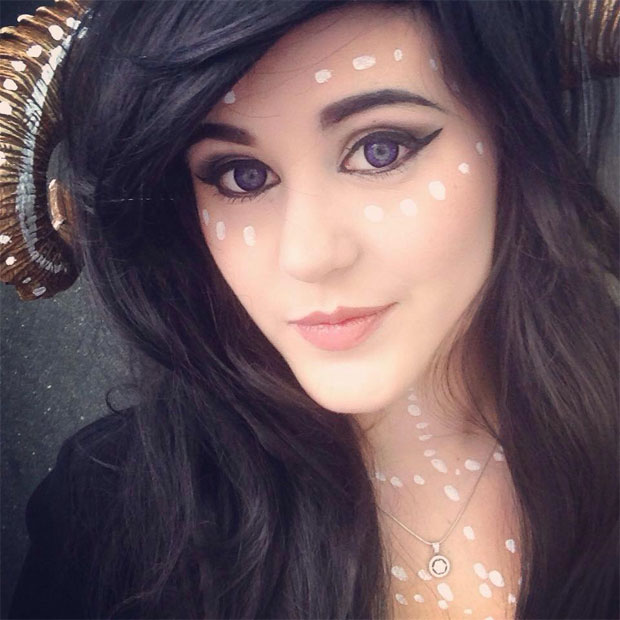 So what was Oz Comic-Con like in Melbourne this year?

Melbourne Oz Comic Con was pretty good from what I saw. Most conventions I actually work as a trader all weekend so rarely do I have free time to wander around and really check out the con, which kinda sucks, but judging from the crowd and what I did see, it was another really big show. The vibe was overall positive and they introduced a lot of new things, like family play area, anime room with headphones and they expanded on the cosplay area/workshops which are all fantastic ideas and more cons should be doing things like this in my opinion. 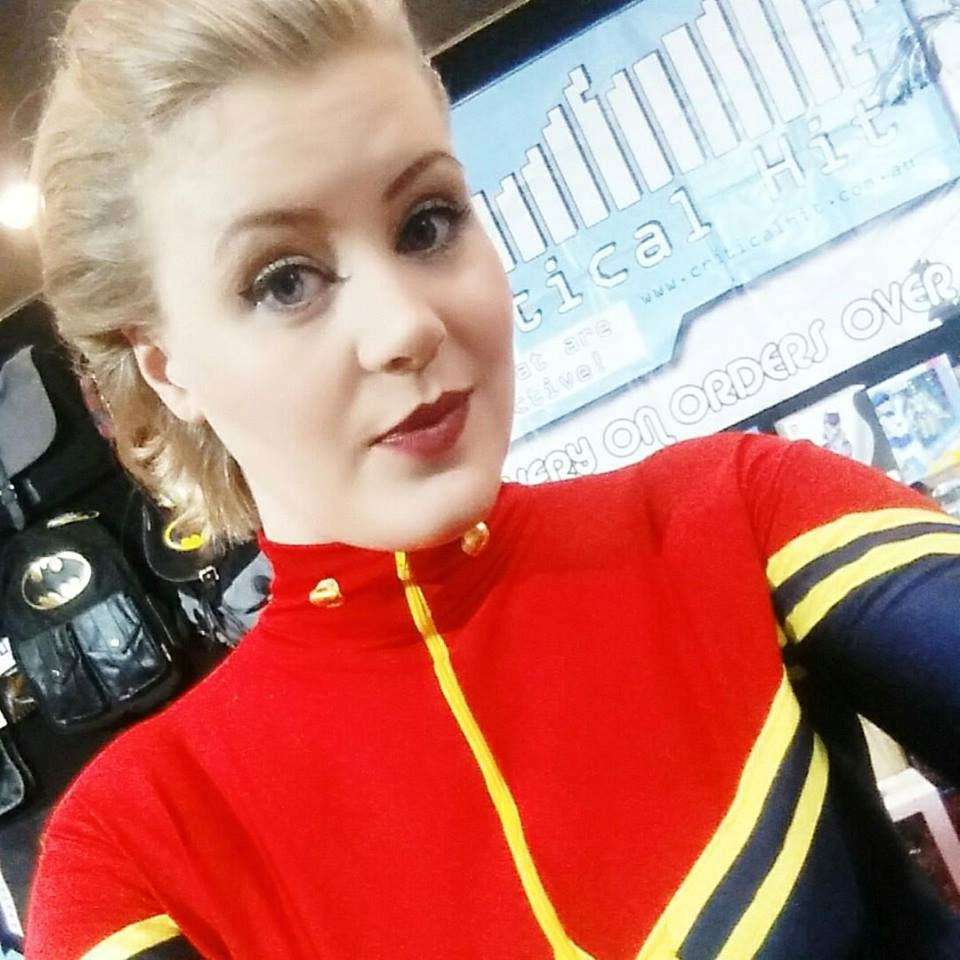 Okay… how cool was your Captain Marvel cosplay?

Oh thank you! Despite not being able to do the alterations I wanted on the costume before the weekend, it worked out really well. I’ve been wanting to cosplay Captain Marvel for a while now so finally getting to felt awesome. Have gotten really good feedback from other attendees and friends so that just boosts ones confidence! 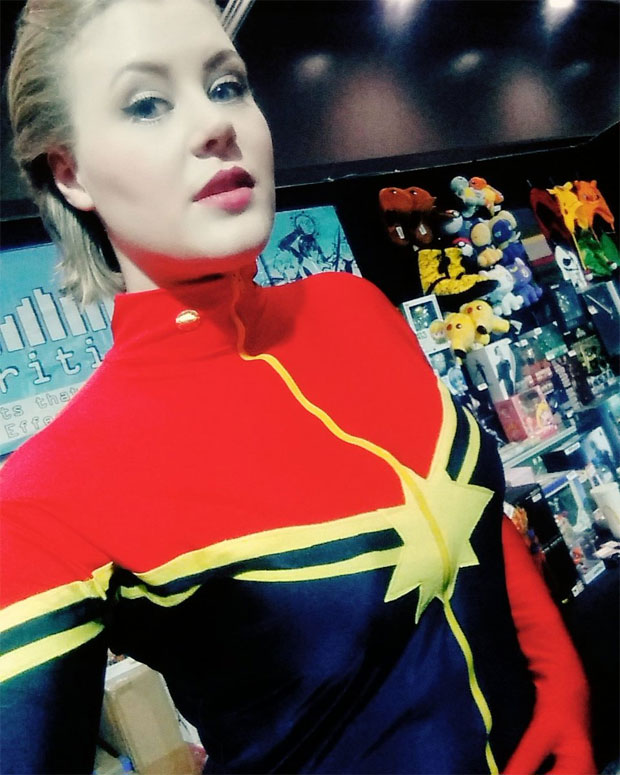 Are you a fan of the new comics and if so… Civil War II, which team will ‘win’ and why?

I haven’t read a lot of the new ones sadly (my comic back log is huugggeee), but have read up on Civil War II after seeing it was going to be featuring my girl Carol and it’s setting up to be quite interesting. That’s a hard one to call, I think maybe Team Cap/Carol might ‘win’ but with a softer view on the situation? I mean, nothing like a good fight and tragedy to turn you a little soft. That being said, Carol is quite strong minded and does stick with her guns but she isn’t egotistical. I’m really not sure, only time see how it all pans out. Sorry to be so vague, don’t want to spoil anything for anyone! 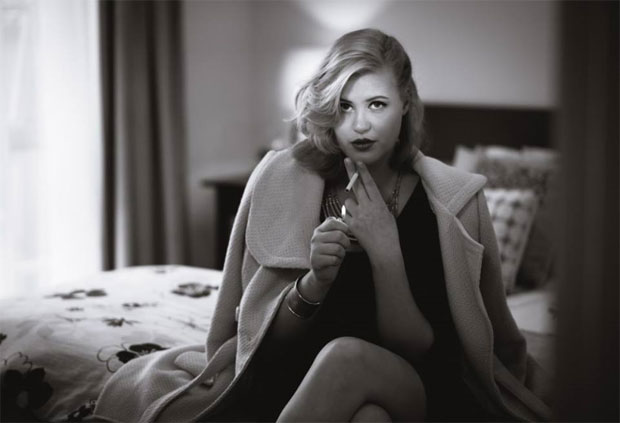 What’s your favourite 2 movies of all time and why?

Two favourites of all time would have to be Jurassic Park and The Shawshank Redemption. I’ve loved dinosaurs ever since I was a kid so my love for the Jurassic Park runs very deep. Jurassic World was amazing and I can’t wait for more Chris Pratt and Raptors! As for Shawkshank Redemption; it’s one of those films I saw and just feel in love with. Everything about it is amazing; the story, the acting, the cinematic feel, all of it. If you haven’t seen it, go watch it now, it’s a great film. Morgan Freeman and Tim Robins are superb.

Besides cosplay, what does Rachel Wonder do in her secret identity?

If you’re asking what else Rachel Wonder does with her time other than cosplay, I’m an event MC (host) alongside a friend of mine as a duo act. We’ve hosted a few big events over the past couple of years and have had A LOT of fun doing said gigs. I’ve also dabbled in some voice acing too. I’m currently cast in the next big Skyrim romance mod, Forbidden Love, as Aileen which really pretty exciting. Certainly keen to do more voice over work in the future if I can! 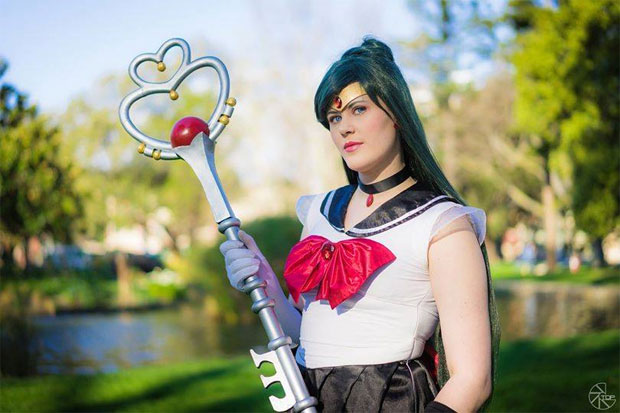 OH wow, umm, that’s a hard one buuut I’m going to have to say it’s this plush of me that has a Chibi anime body of Light Yagami, holding a little Death Note but has my face, tongue sticking out and everything. I’ve cosplayed Light in the past and as a joke, a friend made it for my birthday that year. I love it so much and it’s the only of its kind so very special and unique!

So what else does 2016 hold for Rachel Wonder?

Goals for 2016; hoping to get some more of my dream cosplays ticked off my list, one for PAX particularly which means really knuckling down and working with worbla for armour crafting, something I haven’t done much of yet to here’s hoping it all turns out well. Outside that, I’ve got some acting gigs lined up so that has me very hyped for future adventure too! A couple other projects that I can’t really talk too much about too! 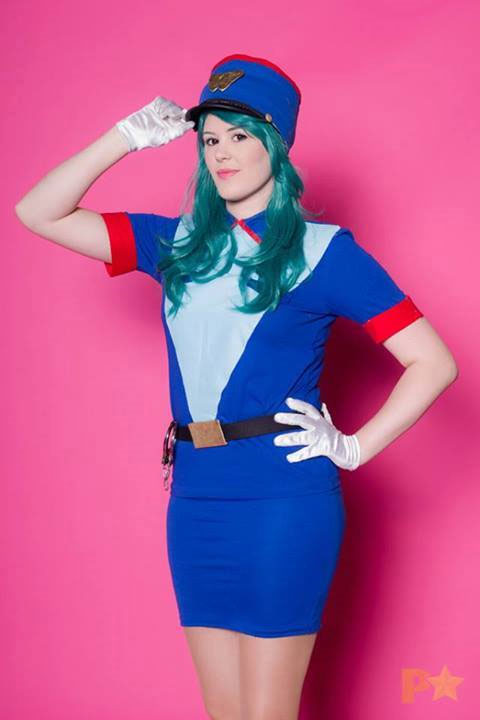