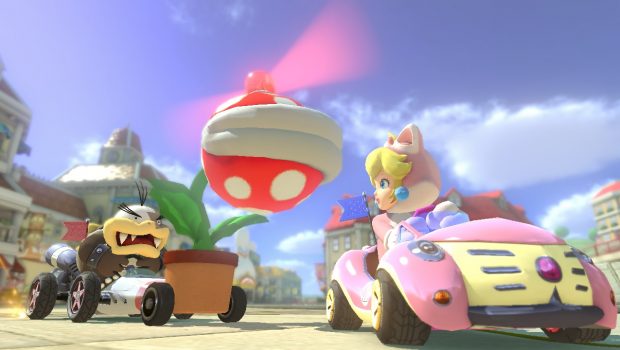 Racers Of All Ages Can Launch Off The Grid Anytime, Anywhere, With Anyone, When Mario Kart 8 Deluxe Races Onto Nintendo Switch On 28th April

15th March, 2017 – Players of all ages will be able to take to the track and race against each other anytime, anywhere and with anyone when Mario Kart 8 Deluxe launches for Nintendo Switch on 28th April. Watch the Mario Kart 8 Deluxe – Overview trailer on YouTube now.

Friends can instantly compete in thrilling multiplayer races wherever they are, simply by handing one of the two Joy-Con controllers included with the Nintendo Switch console to an opponent and competing on the console’s built-in screen. Extend the invite and place the console in the Nintendo Switch dock to play in TV mode, where up to four players can settle scores over split-screen action. Test your skills online* and challenge players across the globe, or go solo by playing in handheld mode – anytime, anywhere. Experience precise motion controls that players of any skill level can enjoy by adding Joy-Con to the Nintendo Switch Joy-Con Wheel, available separately in pairs. With so many different ways to play and a plentiful number of courses and modes, this is the biggest and most accessible Mario Kart game yet.

In Mario Kart 8 Deluxe, familiar characters from the Super Mario series compete in races set around the world of the Mushroom Kingdom and beyond. Racers have to be prepared to get ahead of their rivals through the use of items such as the Super Star – which makes players invincible for a short period of time – and the notorious Spiny Shell, which will hunt down and attack the player in first place. Adding to the frantic racing action is the use of antigravity, allowing vehicles to race along the sides of buildings, up astonishing waterfalls, and nudge opponents for a satisfying speed boost.

Budding racers who are new to the series and wish to learn the tracks can now make use of the new Smart Steering feature, which will help prevent them from driving off the course. In addition, the Nintendo Switch Joy-Con Wheel Pair will be sold separately on 28th April, so friends and siblings alike can compete using motion control. Mario Kart veterans, meanwhile, can enjoy a more conventional playing style by using either a Joy-Con Grip or the Nintendo Switch Pro Controller for more precise controls.

As well as more accessible control methods, Mario Kart 8 Deluxe will have 48 courses available from the start, as well as five speed classes, including the expertly challenging 150cc Mirror Mode and the high-octane, ultra-fast 200cc mode. In addition, players will now be able to choose from 42 racers, including returning fan favourites King Boo, Dry Bones, and Bowser Jr. For those seeking a challenge, Gold Mario awaits the finest players who can complete all cups in 200cc. Friends can also suit up and take to the asphalt with the ability to bring their Mii into the game as a racer. Also new to the series are the Inkling Boy and Inkling Girl from Splatoon 2, who bring new vehicle parts and the new Urchin Underpass course for battle mode, all based on the multiplayer shooter.

Battle mode has been revamped and expanded in Mario Kart 8 Deluxe, with eight dedicated courses to choose from, including selections from previous titles such as Mario Kart 7. On top of Balloon Battle, both Bob-omb Blast and Shine Thief modes return from Mario Kart Double Dash!!, while Coin Runners makes a comeback from Mario Kart Wii. Battlers can also enjoy a brand new cops and robbers-style mode known as Renegade Roundup.

Multiplayer mayhem can be enjoyed in a variety of different ways on Nintendo Switch consoles, with four different methods available to play with friends.

Players can also create highlight reels and watch them again via the in-game mode Mario Kart TV, allowing them to save the memories of their greatest successes, or their most glorious failures. Should players wish to race in style, Mario Kart 8 Deluxe comes with a wide range of amiibo compatibility, including some Super Mario series and all the Animal Crossing series, while Splatoon series amiibo grant a new racing suit for Mii characters.

Racers of all ages can launch off the grid anytime, anywhere, with anyone, when Mario Kart 8 Deluxe launches on Nintendo Switch on 28th April. 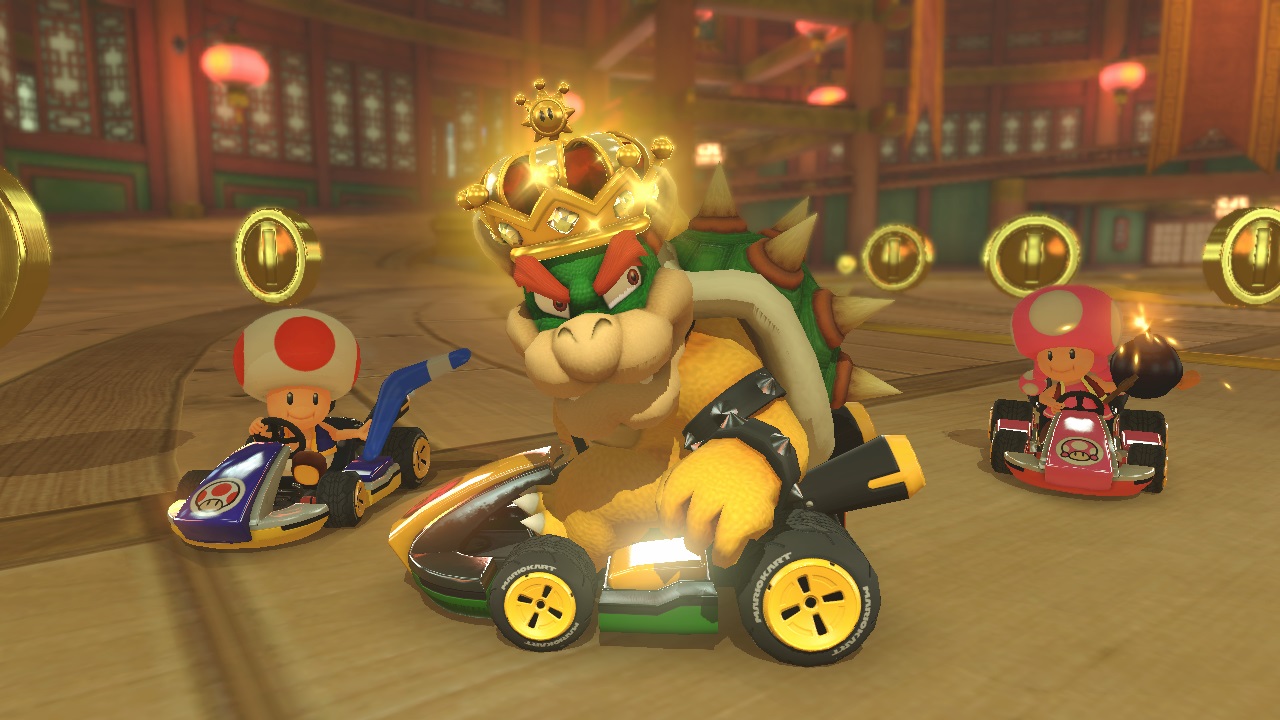 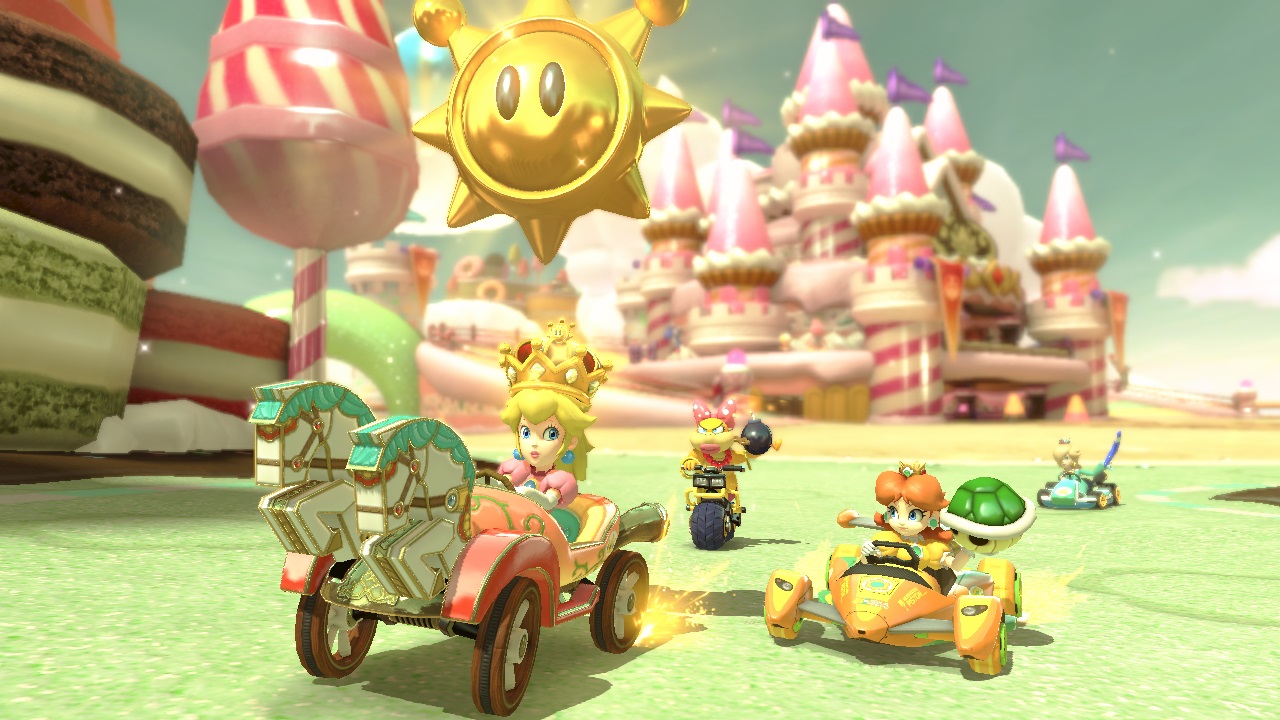 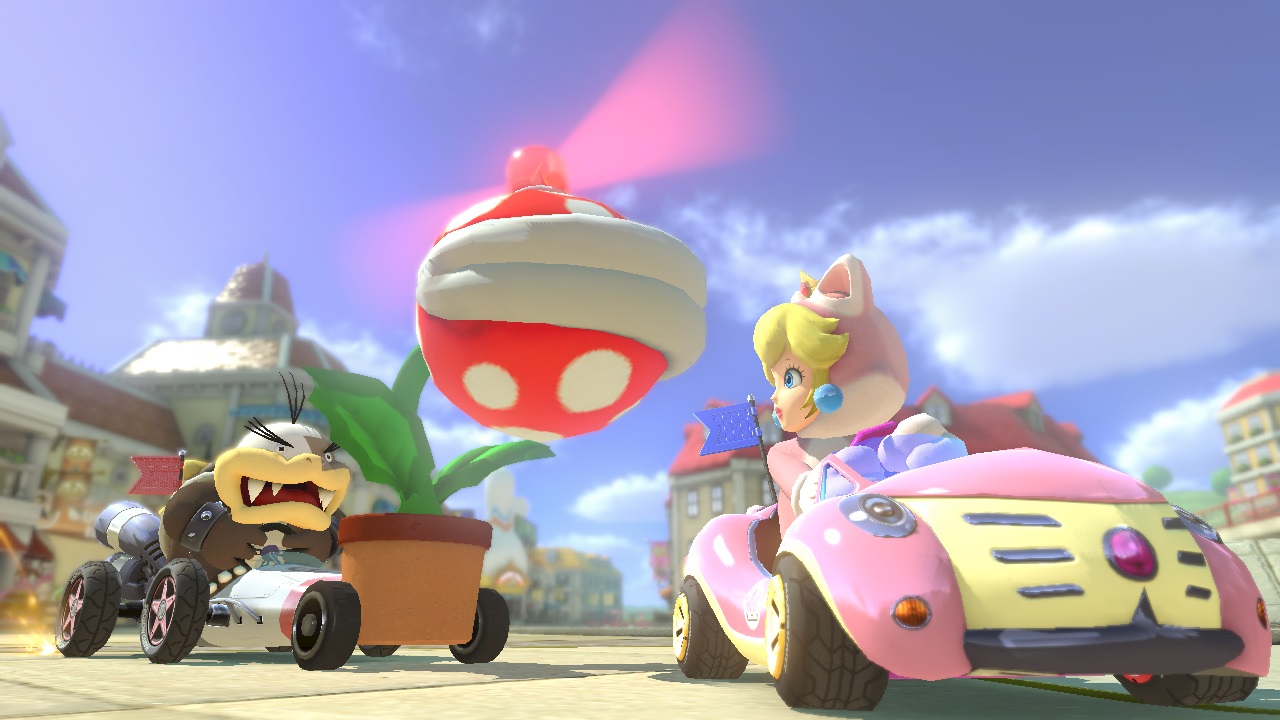 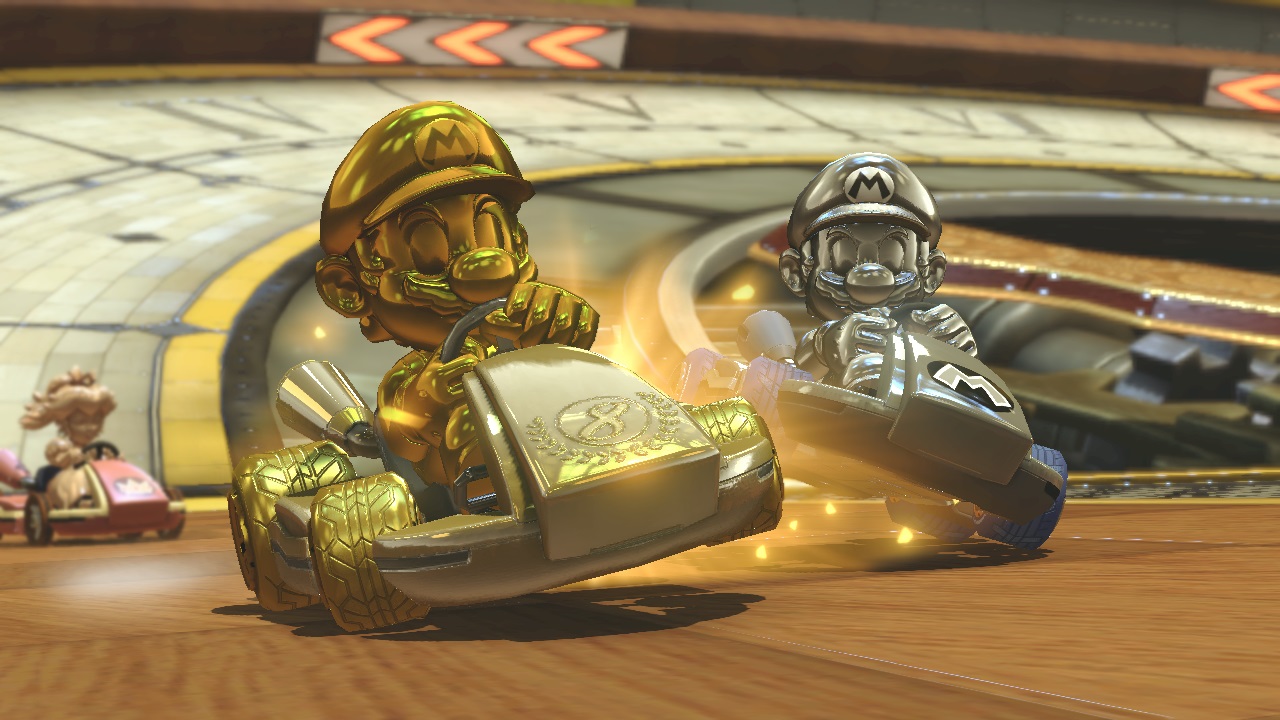 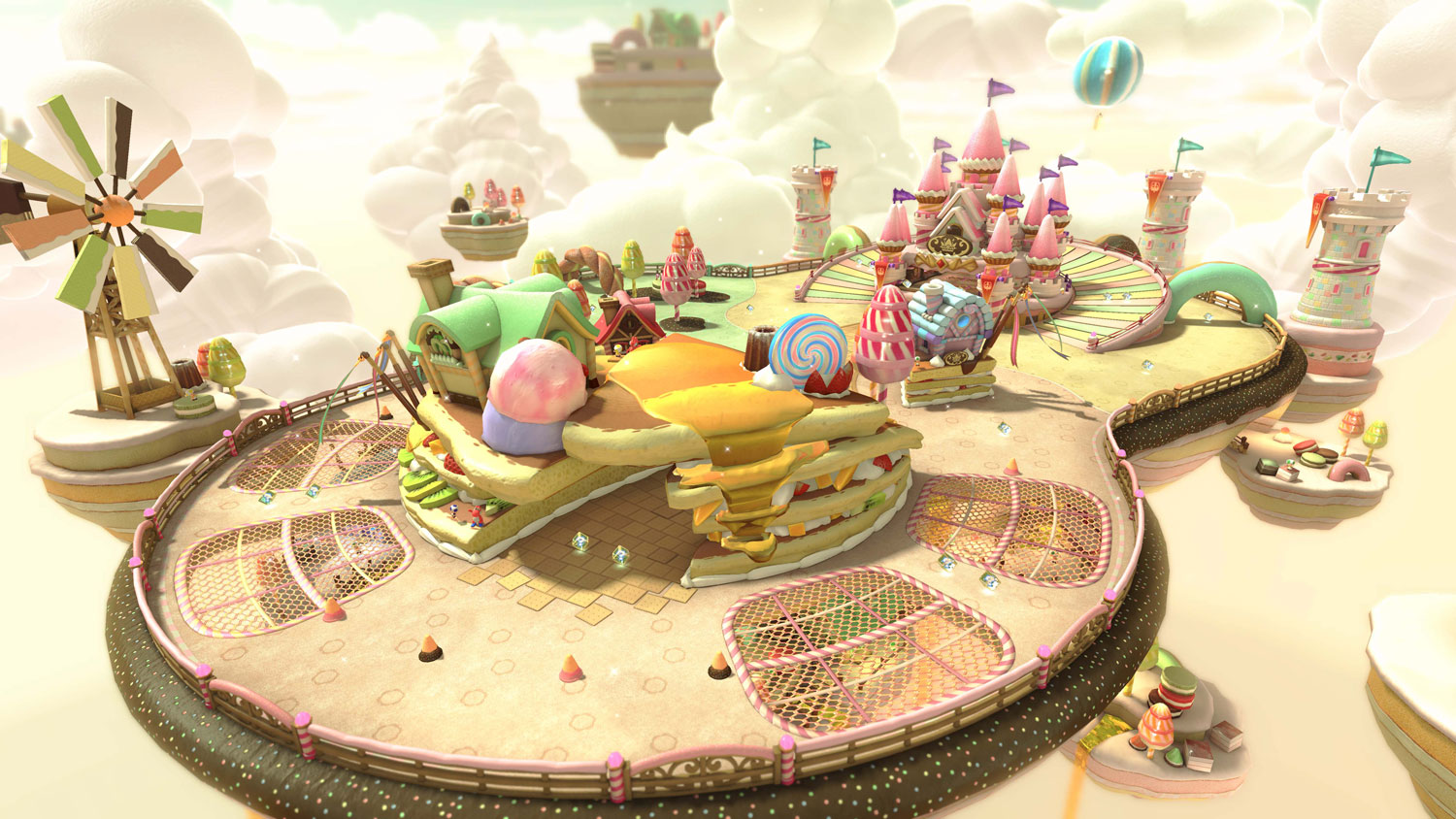 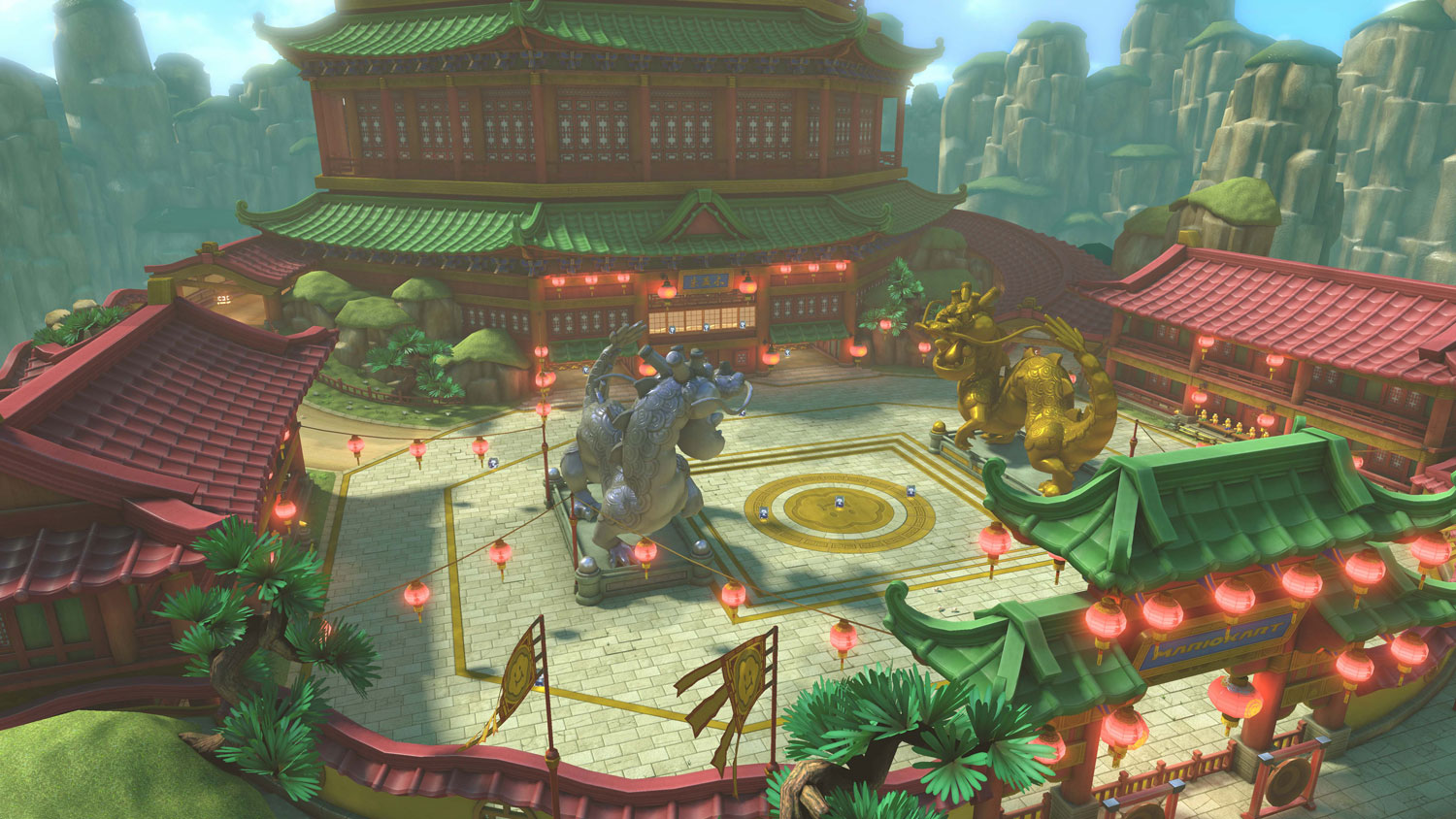 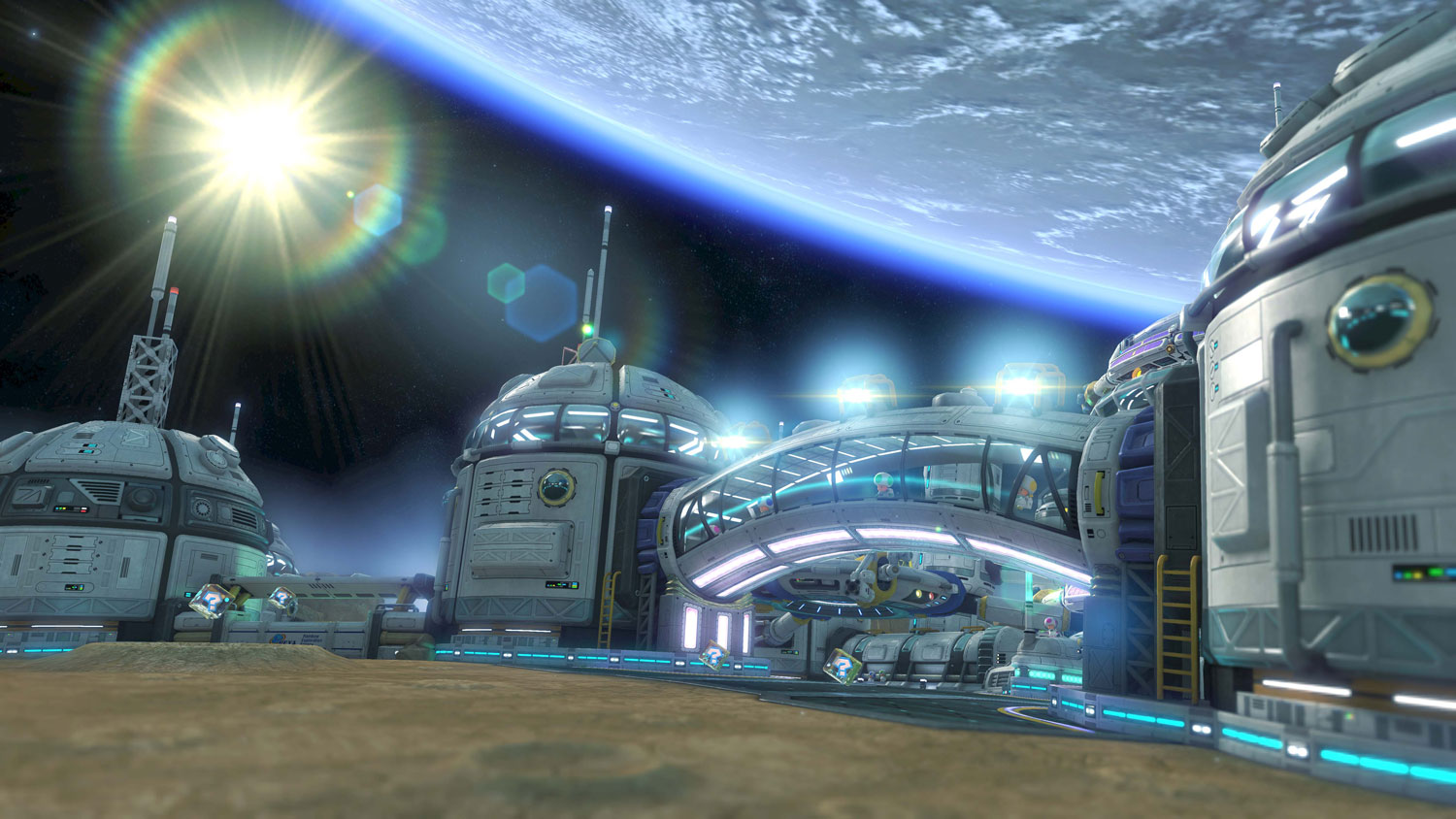