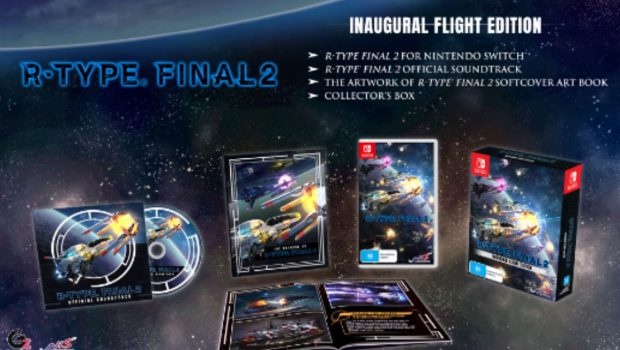 R-Type Final 2 is available May 14 on Nintendo Switch!

NIS America is excited to announce that R-Type® Final 2 is available May 14th on Nintendo Switch™ in Australia and New Zealand. It will also be available digitally on PlayStation®4, Xbox One, Xbox Series X|S, and *PC! Experience the return of the legendary side-scroller series, now on modern platforms!

R-Type® Final 2 unites the explosive action of the original games with modernized visuals and gameplay features, making this a must-have title for new and old shoot-’em-up fans alike.

The legendary shoot-’em-up hit is back with unparalleled R-Type experience! As the latest installment of a series renowned for its colorful visuals and frenetic shooter action, R-Type® Final 2 steps it up in its explosive debut on current platforms with 3D graphics and modernized gameplay features. New and old players alike can shape their experience to their liking with the performance-based difficulty system and customizable ships and pilots, while experiencing classic R-Type trademarks such as the “Force” mechanic and an addictive gameplay loop. Navigate an entire universe of new and classic stages, face enemies that evolve with your performance, and blast the competition away with worldwide leaderboards in this successor to the acclaimed R-Type franchise.

Enhanced and Evolved: Experience R-Type’s explosive return on current platforms, where the frenetic action of the original games meets contemporary visuals and modern gameplay features such as evolving enemies.

Universal Challenge: The performance-based difficulty system adjusts to each player’s individual experience, making this game accessible to new and old pilots alike. When you’re done decimating the alien hordes, check out the worldwide leaderboard to see how you stack up against other pilots!

Customized Loadout: Personalize every element of your ship, including coloring, types of weapons, and decals. Additionally, choose among dozens of fighters that appeared in previous series installments, and even customize your pilot to your liking.