Summary: The Queenscliff Musical Festival for 2015 not only boasted a stellar line-up but was one of the best festivals for the year!

One of Australia’s most diverse and colourful festivals returns with the Queenscliff Music Festival that is an eclectic collection of diverse music from all four corners of the globe. Featuring Rock, Blues & Roots, Soul, Country, Folk, World, Hip Hop, Pop, Comedy and Kid’s Entertainment, the Queenscliff Music Festival truly has something for everyone, including people of all ages as it ran from November 27 to 29 2015. 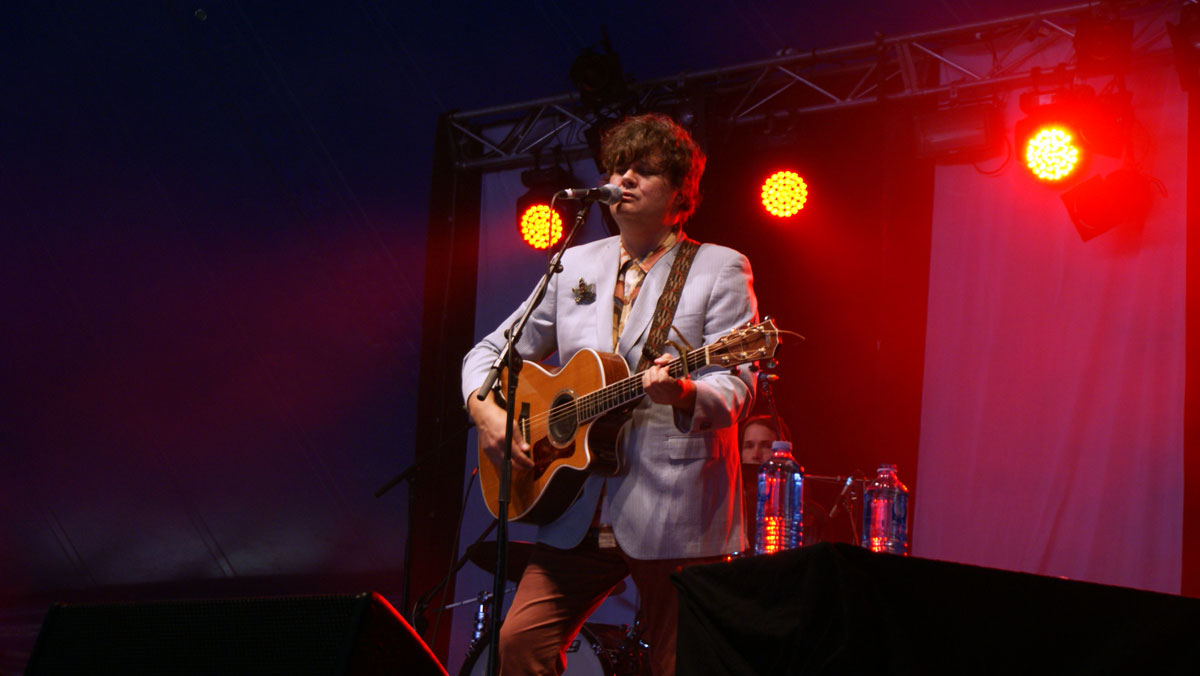 Unlike other festivals, the Queenscliff Music Festival is a true celebration of music and this small seaside town in Victoria really opened its doors to the public and some amazing greats that included The California Honeydrops, Hoodoo Gurus and Kate Miller-Heidke . However what sets the Queenscliff Music Festival apart is the diversity of the music showcased over the three days which really allows you to sample singers, bands, buskers and musical genres that you may never come across.

The layout of the festival is also quite good that boasts seven areas inside the gated venue from the giant Lighthouse Stage that featured some of the bigger artists to DJ Vince Peach playing just outside in the Ozone Lounge which once again created this very inviting place with lots of people dancing. The QMF Express which is a real train featured other artists like Benny Walker and Josh Cashman that is located outside the venue with other places around Queenscliff like the Vue Grand, the Church and the Bowling Club hosting other acts for people to enjoy. 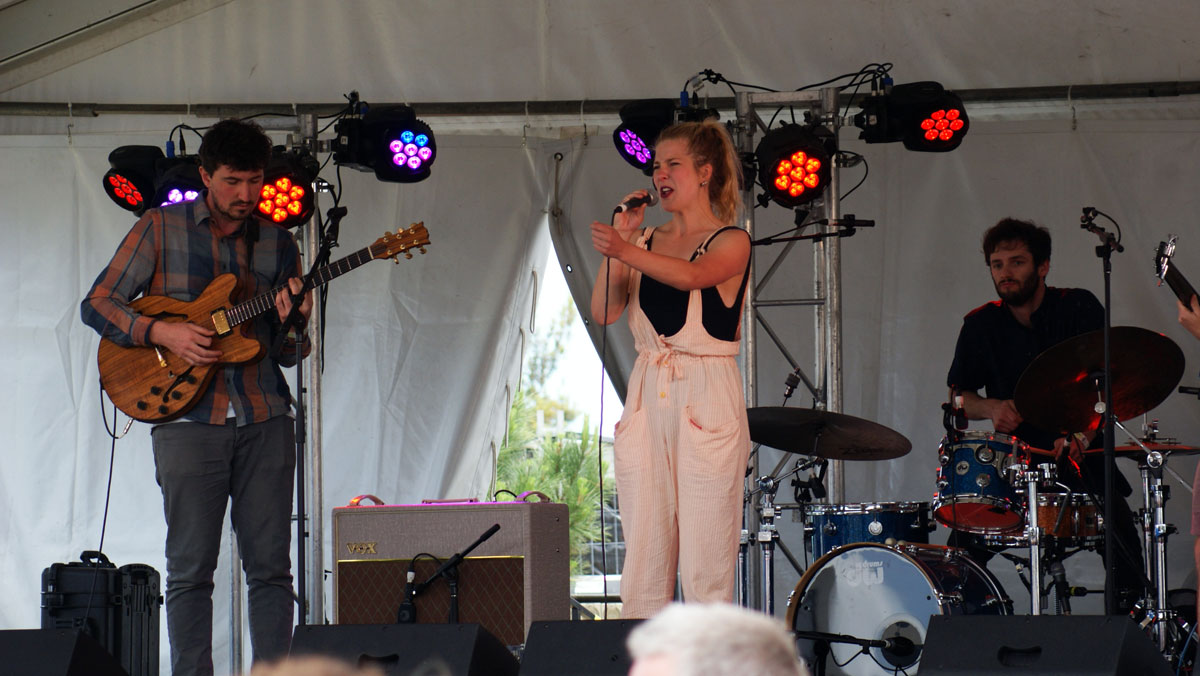 For us, it was all about exploring the music festival as we stumbled upon some truly talented artists such as L-Fresh the Lion (Hip Hop), Raised by Eagles (Country) and Hey Frankie (Soul) which allowed us to absorb these genres that we normally don’t gravitate to. This smorgasbord of music was so rich and enjoyable that it made you crave more as you searched for some of the smaller singers and bands to get a sample of what they were offering. So when you did stumble upon these gems, you could then go to the merchandise stand in order to purchase their CD and take their music home. 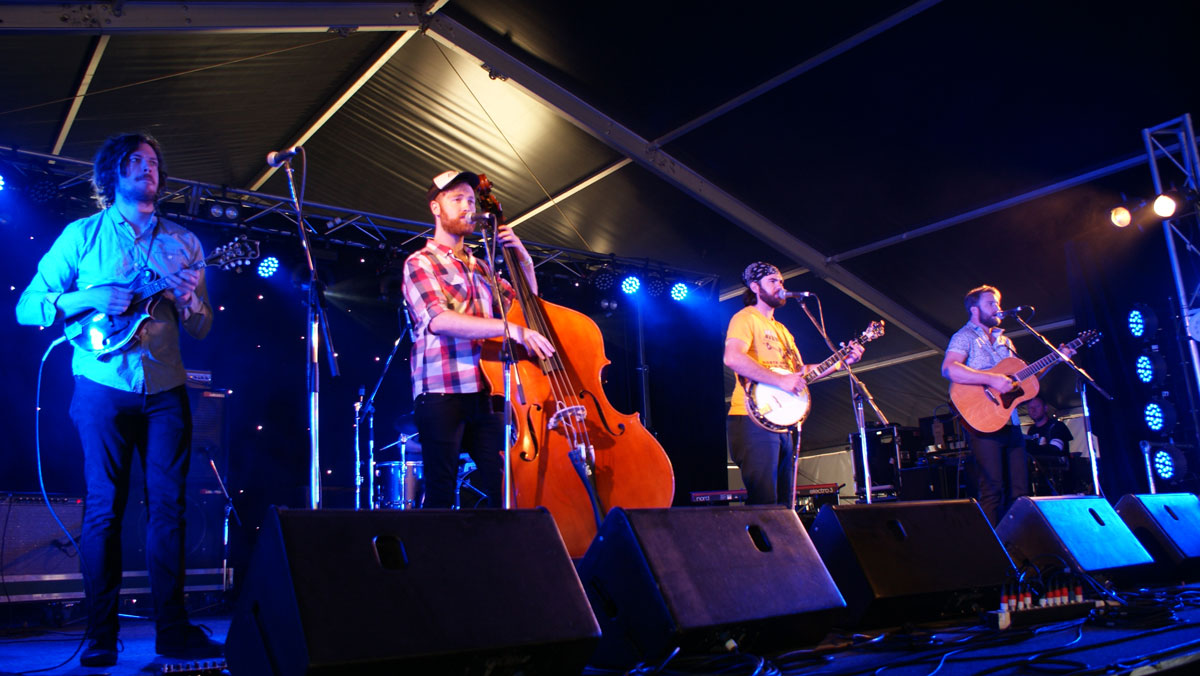 As the Queenscliff Music Festival is an all age’s event, the atmosphere was electric and whether they were children, teenagers, adults or seniors, everyone there was connected by music which definitely made it a feel good event. Add in children acts plus even comedians and once again this festival is an assortment of entertainment that is like being in the world’s biggest interactive music video as the festival flooded the streets and venues of Queenscliff. 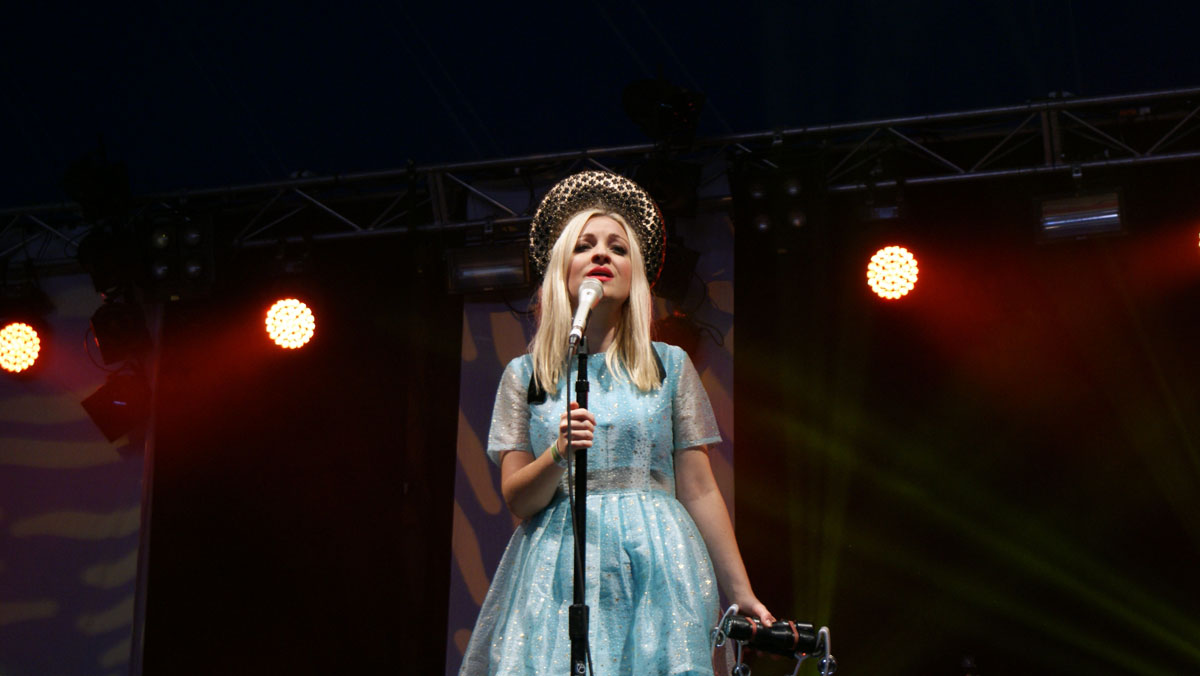 Some of the artists also done some amazing covers which included L-Fresh the Lion doing a brilliant rendition of Punjabi MC with the Fresh Prince of Bel Air plus Kate Miller-Heidke pumping out an awesome version of Psycho Killer which had everyone in the Lighthouse Stage going nuts to this operatic version meets pop. However Kate’s Christmas song of Growing a Beard Downstairs which was co-performed by TISM frontman Damian Cowell had the crowd in hysterics.

Whether it was the classic Australian rock gods the Hoodoo Gurus or the haunting voices of Augie March to the beautiful voice of the amazing Julia Stone to the flawless lyrics of L Fresh the Lion and crew, this music just flowed into you and depending on the music, it would channel these raw emotions inside you. Laughter also played a key component to the festival and for those who wanted something more amusing, comedians Tom Ballard, Cal Wilson and Tommy Little performed their QMF Comedy Show on the Sunday that had everyone in the Lighthouse Stage cackling with laughter. 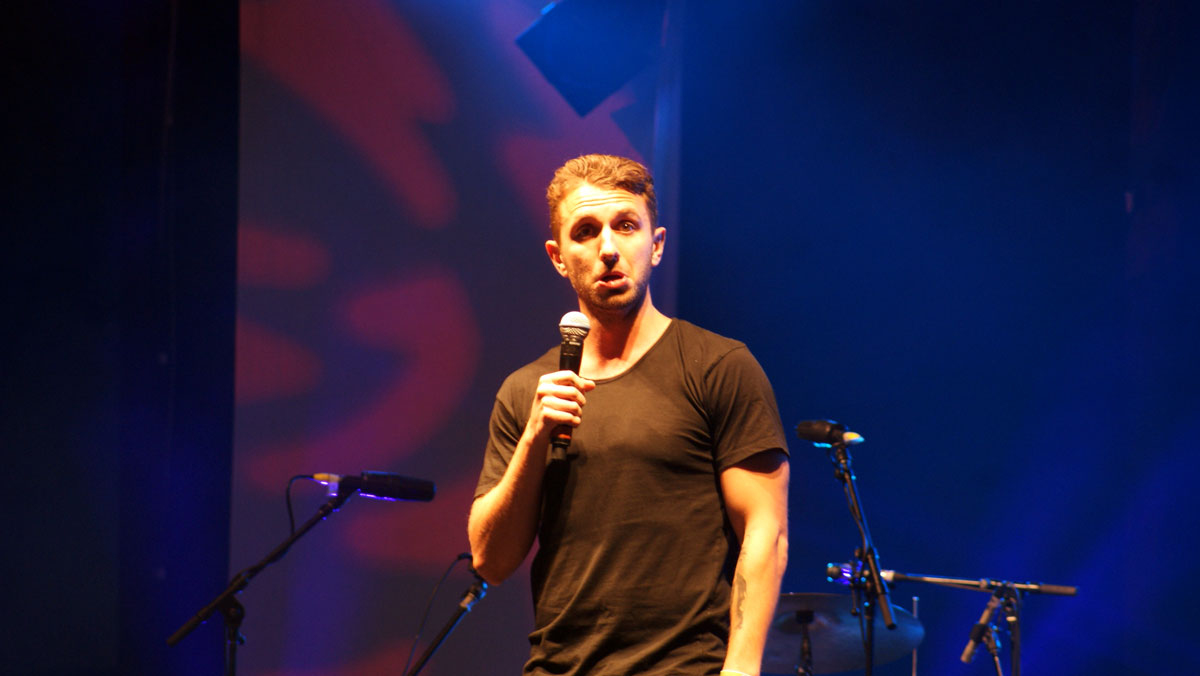 So with the Queenscliff Music Festival over for another year, not only did the weather gods ensure three amazing days but the townships also threw their doors open for one of Victoria’s best music events so thanks to the everyone involved and of course the incredible artists! With the festival over for another year, the 19th Queenscliff Musical Festival will return for 2016 and if you’ve never been before, then I strongly suggest you should check it out next year! 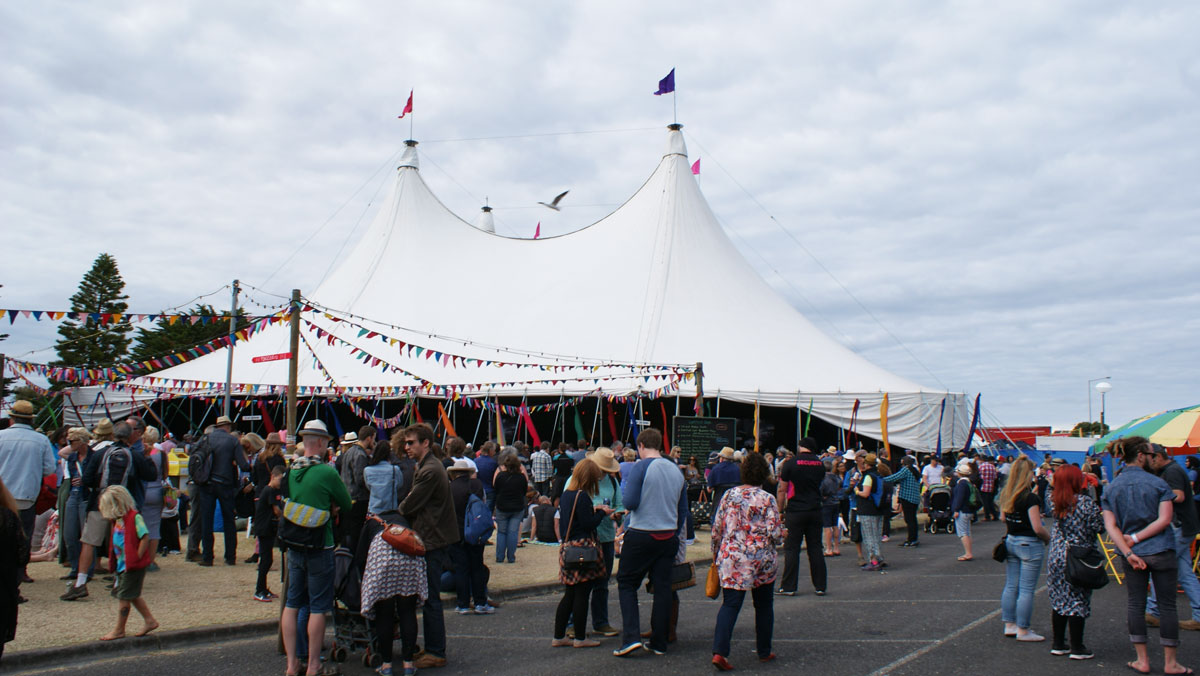 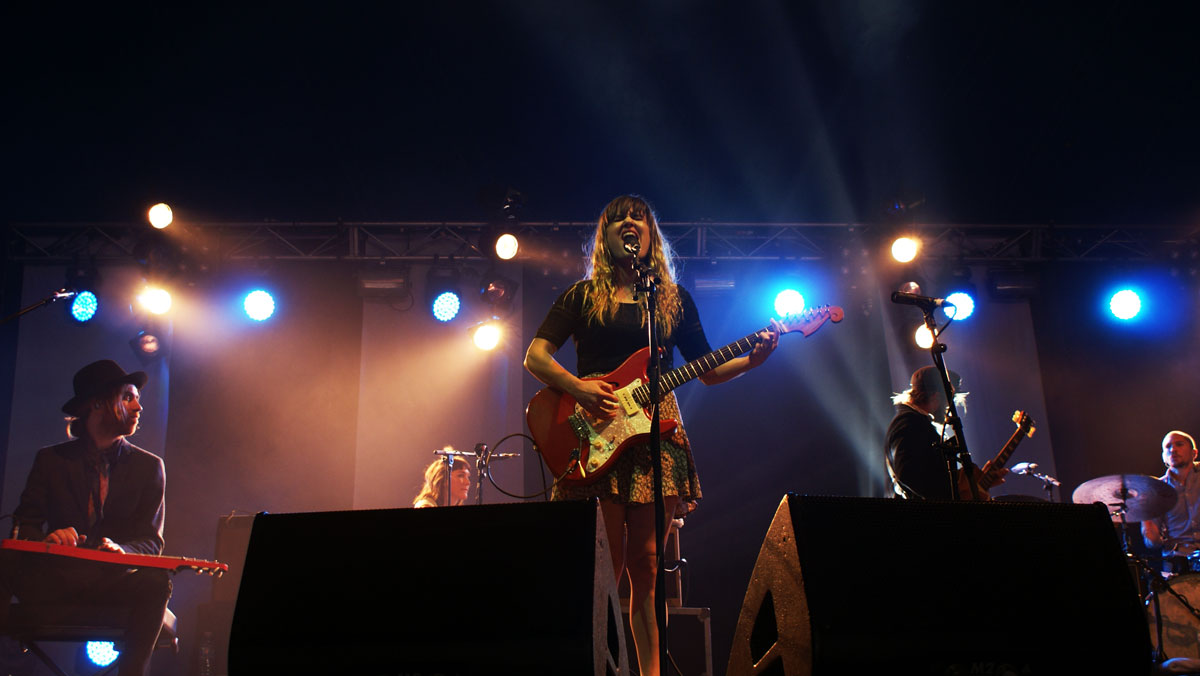 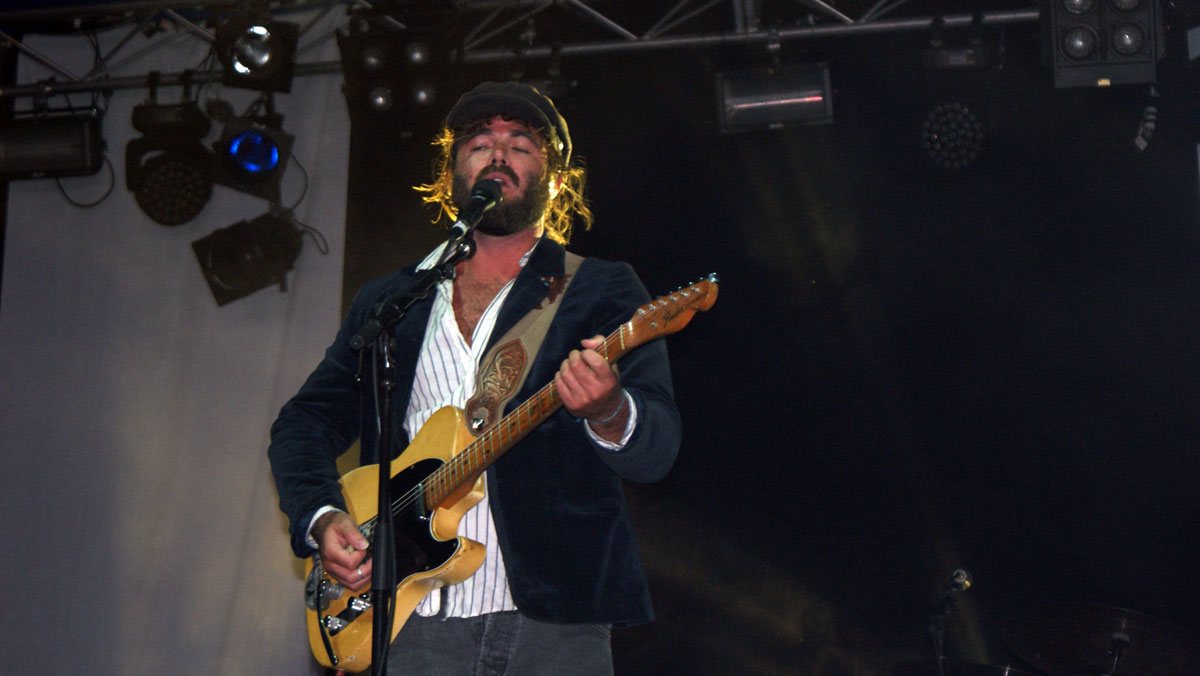 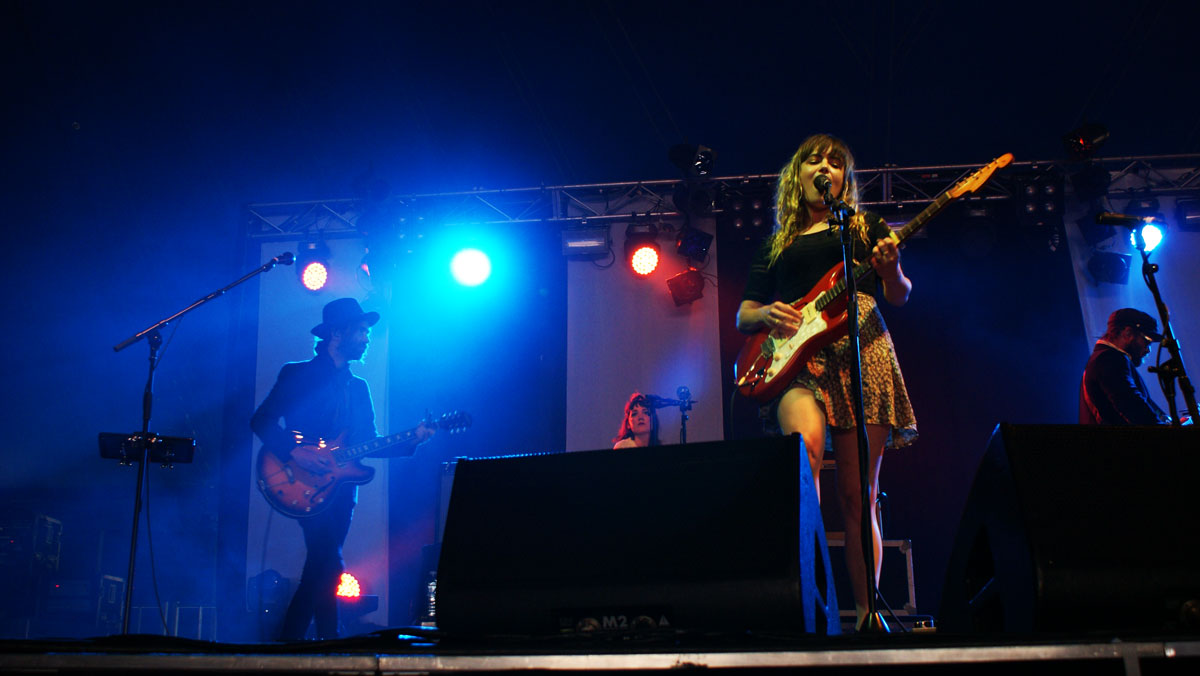 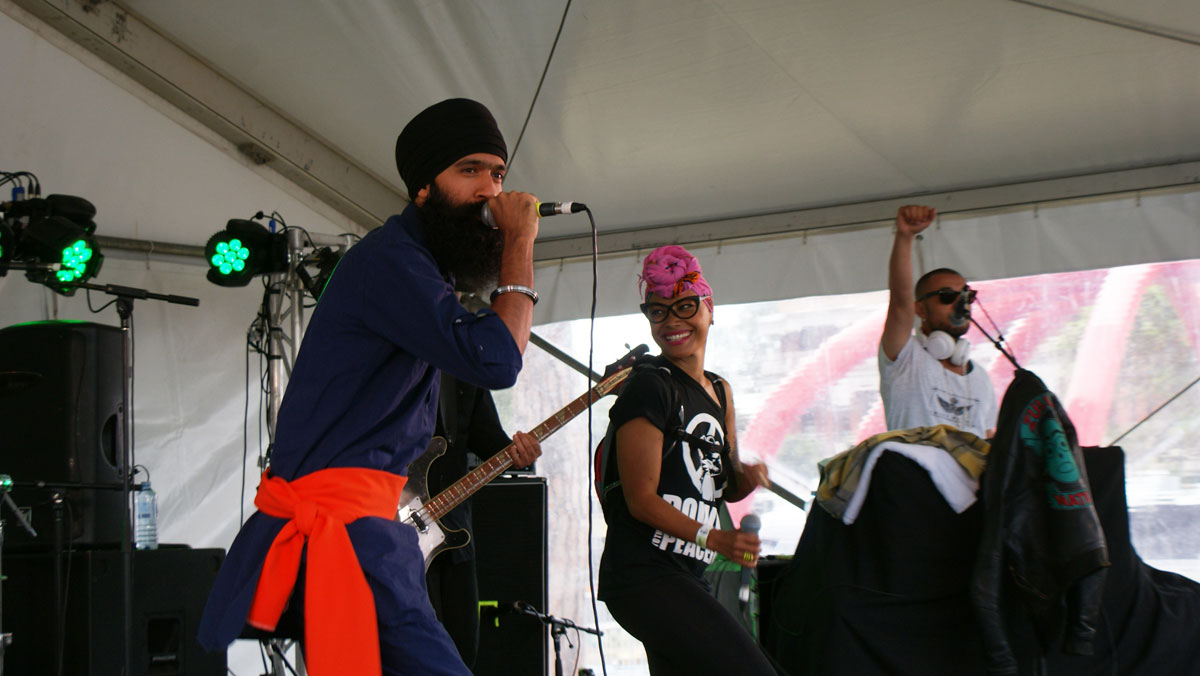 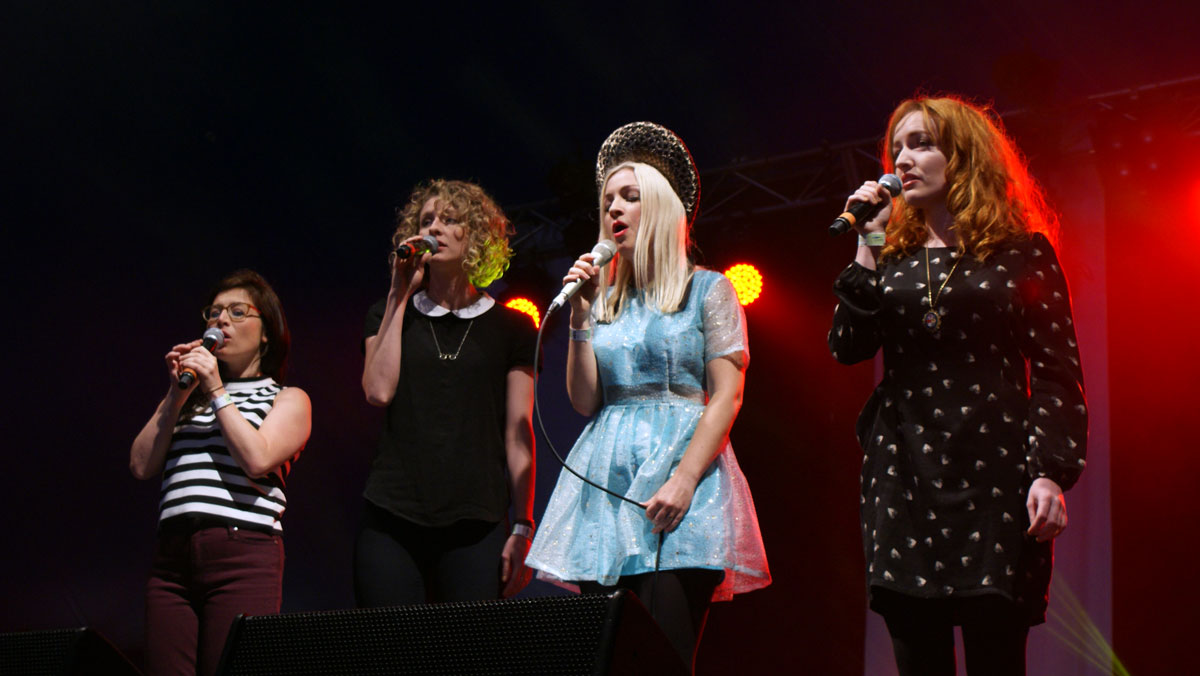 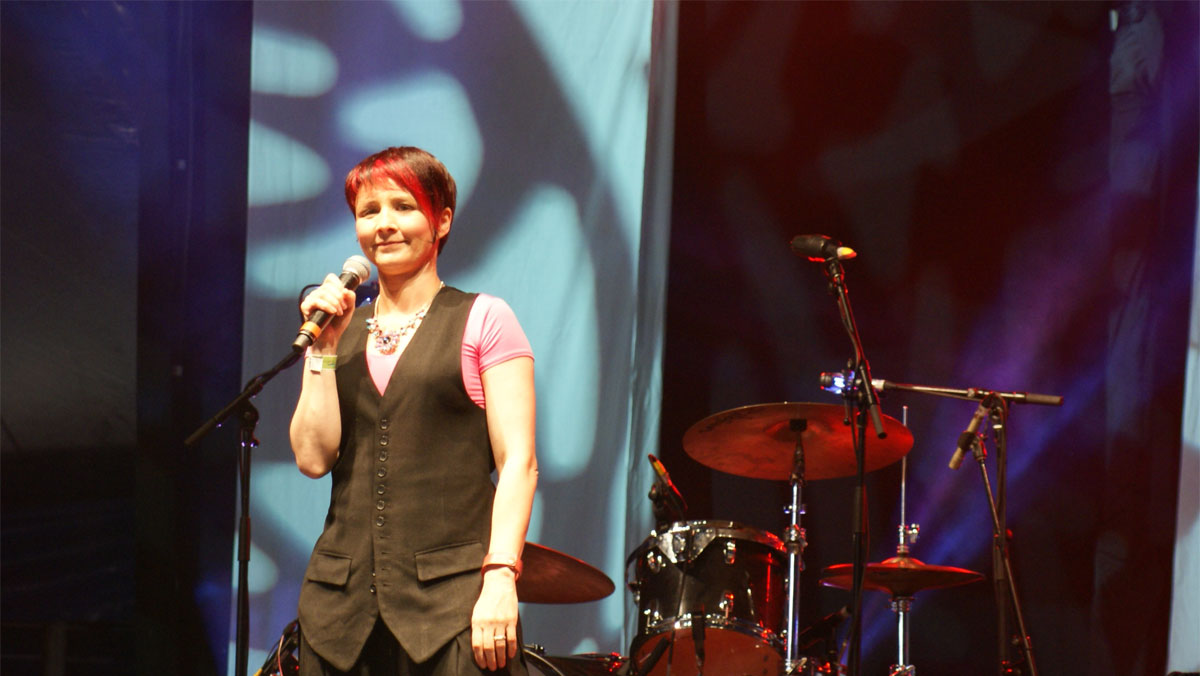 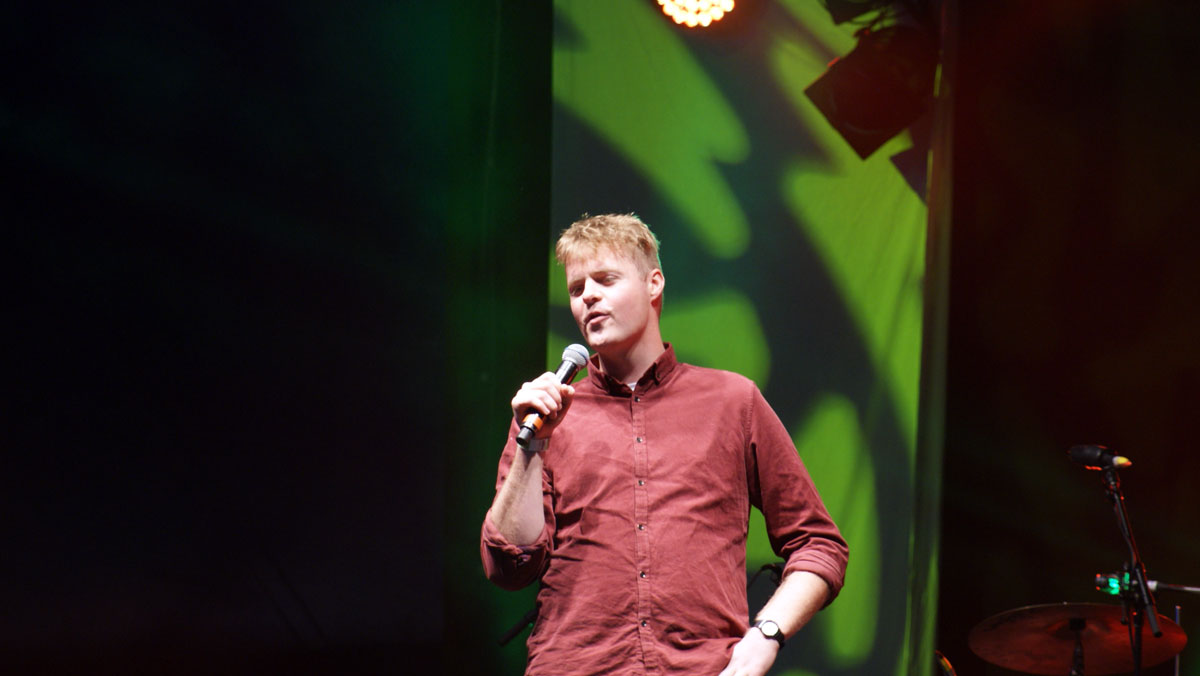 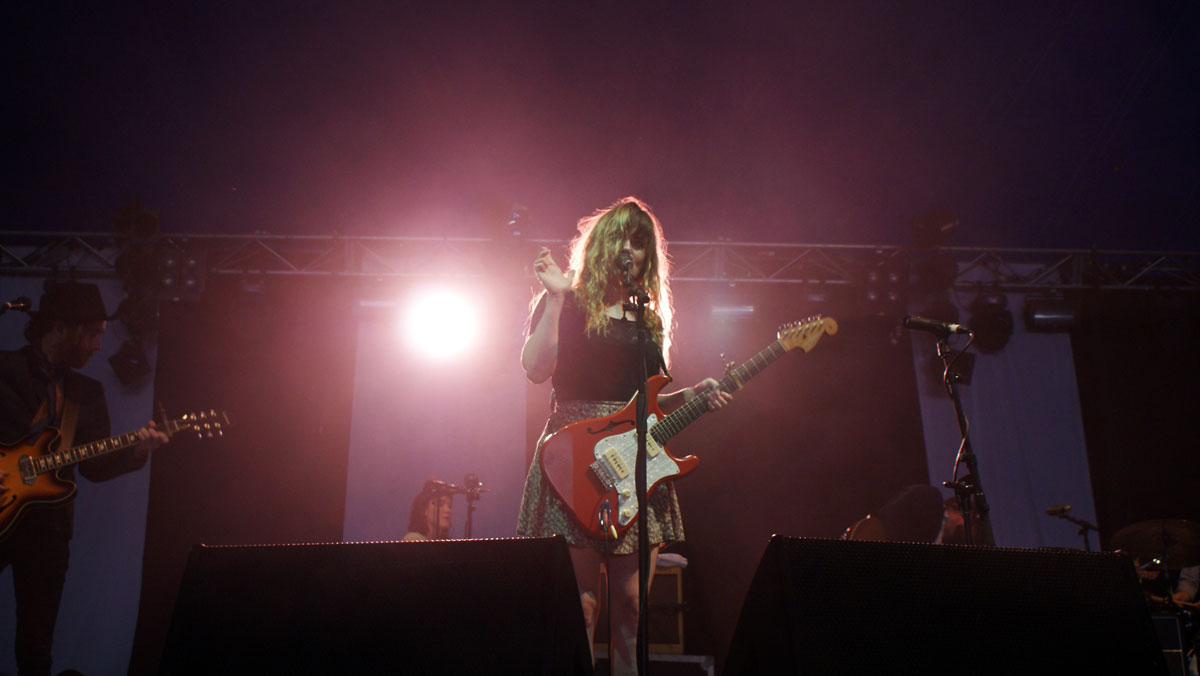 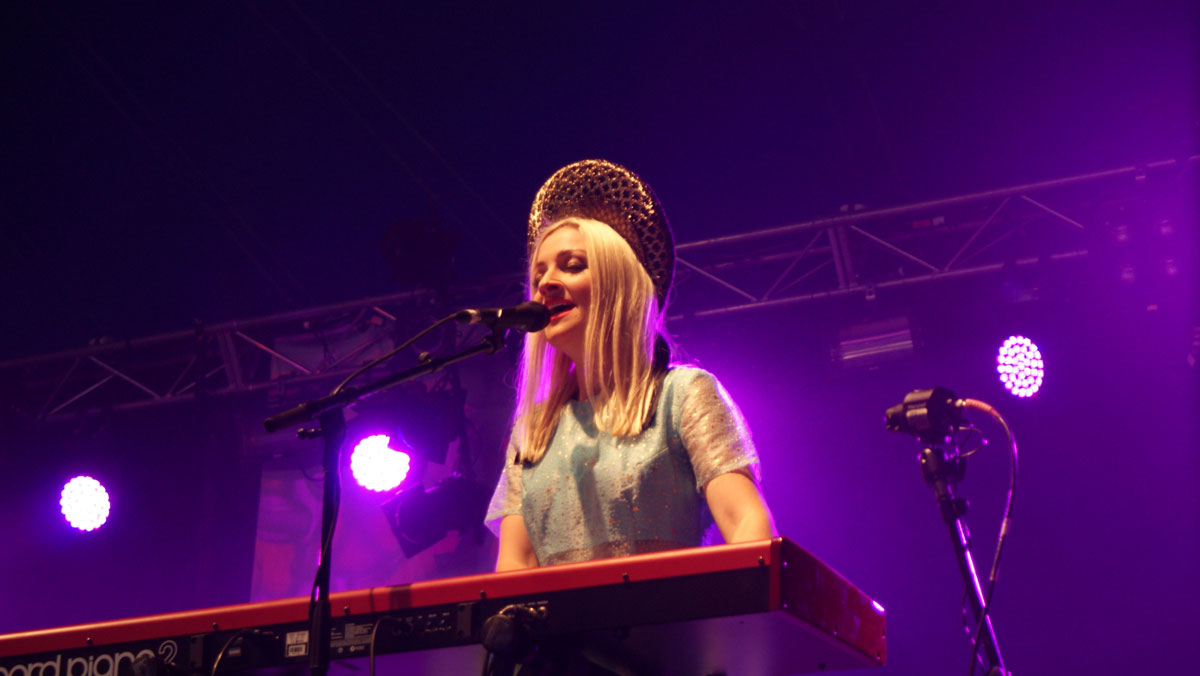