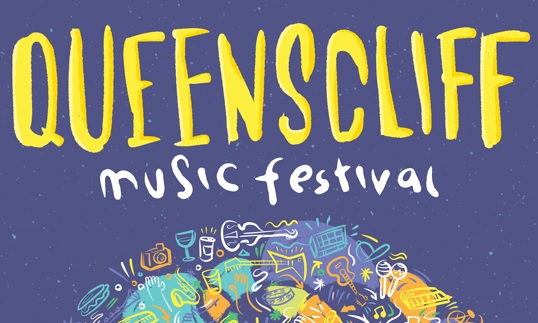 Queenscliff Music Festival 2019 is back guns blazing with a trifecta of local legends, yoga, and kindie-indie showcases. This year’s lineup is the kid friendliest in the festival’s history with free carnival rides, free entry for kids 13 years and under, and a stellar selection of musical acts such as Justine Clarke, The Mik Maks, The Vegetable Plot and Tiptoe Giants. With over 85% of tickets sold the Festival is heading towards an early sell out.

Pop punk poet and smiling assassin Alana Wilkinson spearheads a stunner lineup of fabulous women taking the stage. Fun, fast and full of funk the Sweethearts deliver an explosive energy with their exuberant live shows. Isabella Khalife captivates with sweet sounding melodies and candour. A child of the aesthetic avant-garde Momoko Rose projects vivid imagery and commands the stage. She is an exciting newcomer to the burgeoning Geelong scene.

Some of the local area’s greatest are back and Bellarine bound. QMF’s 2018 Emerging Artist Grant recipient Fenn Wilson follows up his acclaimed first single Eye on You, launching his debut album Ghost Heroin on the Queenscliff stages. Torquay based Immy Owusu (Oh-woo-sue) draws upon Ghanaian Afro style of Dagomba to cultivate a unique brand of Afro-Rock Fusion. Making their QMF debut The Ethan Farmer Band are an up and coming pop-rock group with outstanding guitar playing and songwriting.

Best of all children aged 13 and under get in for free! Bring friends, family, and frolic in the festivities.

The third line up announcement includes: