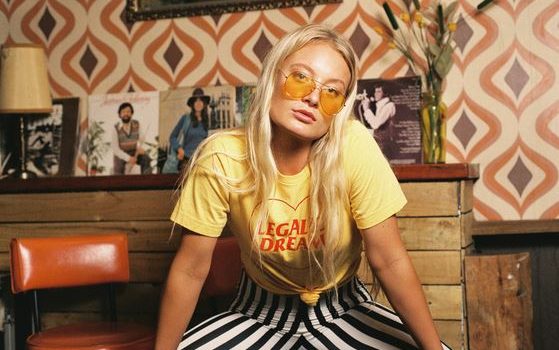 This year, Queenscliff Music Festival teamed up with triple j Unearthed to give one lucky musician the chance to join the stellar 2018 lineup and make their festival debut.

QMF is excited to announce that the winner of this year’s competition is indie-pop up-and-comer Libby Steel. The Western Victorian rocket has made waves in the industry, known for her unique, bold and colourful pop music. Her 2017 single ‘Bones’ captured the attention of triple j & Unearthed where she received stellar reviews from presenters praising her “big and versatile voice in a clever pop song”, claiming she’s “part Lily Allen and part Saskwatch. It’s a winning combo”.

Libby Steel is weaving her way into the music scene, taking her animated, dynamic set across the country. From playing at the Australian Open, to supporting Taylor Henderson on his 2018 #Lovesomebody tour, she is bound to draw you in and leave you wanting more.

triple j Unearthed’s music director adds “For the last little while Cobden native Libby Steel has been on our radar on the back of some killer uploads to Unearthed that have blended roots and soul with a distinct vintage pop feel. It’s all underpinned by that undeniable voice of Libby’s that sounds larger than life on these songs. The Unearthed team’s stoked to partner with Queenscliff Music Festival this year and we reckon Libby’s going to make an exciting addition to the 2018 lineup.”

In other QMF news, the festival is excited to once again have ABC Radio Melbourne on board as a presenting partner. Tickets are also selling fast and are expected to be sold-out any day now, so be sure to secure your pass if you plan on heading down to the coast for the festival.