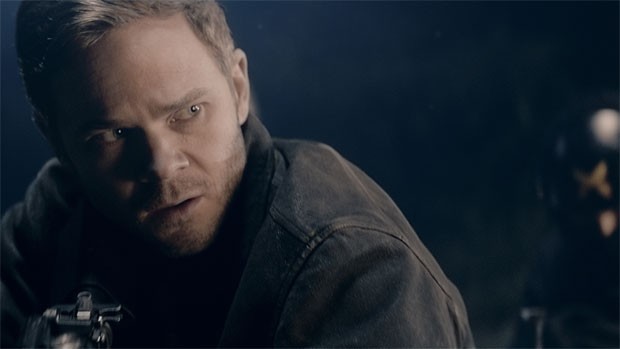 When Remedy Entertainment – the legendary creators behind critically acclaimed hits like Max Payne and Alan Wake – approached Microsoft Studios with their vision for Quantum Break, we knew we had something special on our hands. Quantum Break would be a hybrid entertainment experience – one-part hard-hitting video game, one part thrilling live-action show – and embody all the characteristics of a classic Remedy Entertainment game: action-packed gameplay, vivid storytelling, rich characters and dramatic twists. Quantum Break was bold. It was ambitious. It was unprecedented. And we loved it.

The level of excitement we have seen from our fans around the world for Quantum Break has been humbling. We want to thank the community for their support for helping us achieve this international success.

“Making Quantum Break has been a long journey. Creating a new AAA franchise is always a risk and a huge investment, but at Remedy we want to push ourselves, explore new ideas and realize new visions,” said Sam Lake, Creative Director at Remedy Entertainment. “It’s wonderful to see gamers want that too. We’re hugely grateful for the positive reception and glad to see that the story of Jack Joyce and Paul Serene resonates with so many players.”

We take feedback seriously and are aware of the issues that some of our fans playing Quantum Break on Windows 10 are experiencing. We are working diligently with our partners and with Remedy Entertainment to resolve them. Thank you for your patience and understanding.

At Microsoft Studios, we firmly believe in creating new IP. Empowering creators to tell new stories, develop new gameplay experiences and to continue to push the boundaries of what is possible, is key to our vision for the success of Xbox One and Windows 10, and Remedy Entertainment and Quantum Break is just the start.

ReCore, Scalebound and Sea of Thieves are just a few of the new IP we have announced, and combined with other blockbuster exclusives, including Gears of War 4, Crackdown 3, Halo Wars 2and Forza Motorsport: Apex, we have created a stellar line-up that will help us fulfil our promise to fans to make Xbox One and Windows 10 the best place to play games.