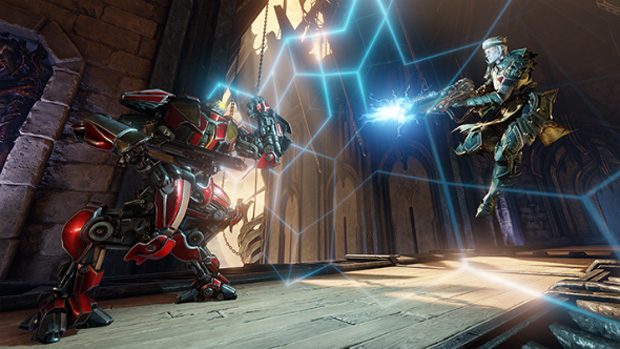 Enter the Arenas and prove your FPS skill in id Software’s multiplayer fragfest, Quake Champions, now available in Early Access on Steam and through the Bethesda.net launcher. Players can start immediately by purchasing the Champions Pack, which unlocks all current and future Champions as well as other exclusive in-game bonuses for only AU$39.95/NZ$49.95, $10 off the final price of AU$49.95/NZ$59.95.

The Early Access version of Quake Champions remains a work-in-progress but is a robust, feature-rich, and fun multiplayer game. New features and improvements will be continually added based on player feedback until the game fully launches in the coming months.

Early Access is available on Steam and Bethesda.net through purchase of the Champions Pack, which includes:

Quake Champions Early Access will also introduce a host of new content and features for players, including:

Quake Champions is available now in Early Access on Steam at http://store.steampowered.com/app/611500 and via the Bethesda.net launcher. For additional information, please visit www.Quake.com.