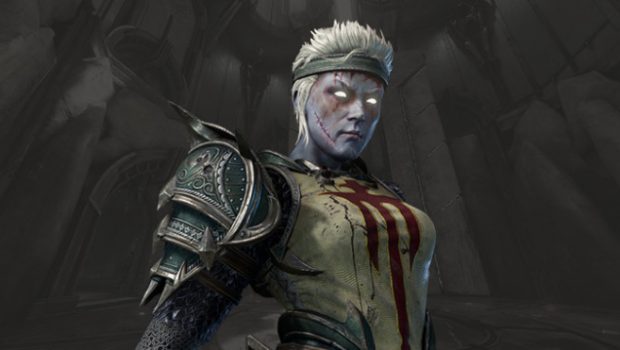 Galena giveth and she taketh away. Healer, Warrior — Quake Champion’s Unholy Paladin rocks the Arenas with her powerful totem, dishing out devastating damage to foes and revitalising allies with healing powers that can swing the balance of a fight.

Galena was only four years old when given as an offering to the Celebrants of Volkerh. Like all children, she watched and imitated. She learned that blood is judgment and penance is sacrament. Now she has grown powerful and grateful.

She’s not the fastest Champion in the Arenas, but she’s resilient, and with her Unholy Totem and Channeling abilities, she’s even harder to frag.

REMINDER: Closed Beta is currently underway for an initial group of testers, and will expand in the coming days to include more players (under NDA). Sign-ups are still open, and we want to welcome many more in to play. Players who want to frag before release should sign-up for the Beta at www.Quake.com.