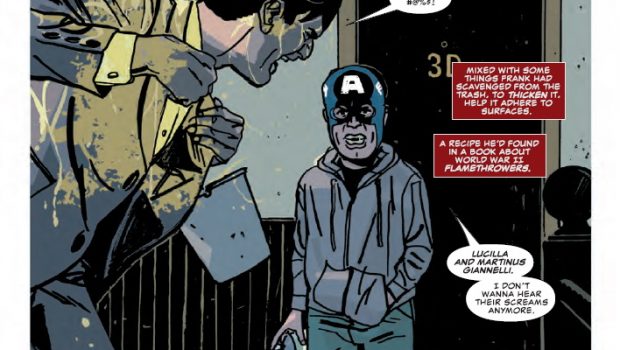 Summary: A disturbing story from a character well known for being dark, the simplified artwork makes it worse in a way as it is told from the perspective of a child

Frank Castle has accepted the offer to lead an army of ninjas for an organisation known as the Hand in exchange for having his wife bought back from the dead. While dealing out some rough justice to his own soldiers for killing without his say so and interrogating one of the enemy he goes into the story of his first kill.

The comic does change art style while telling the story of his childhood but is no less effective and also it makes it more disturbing as it is simplified style but more chilling as it is from a child’s point of view while the main story is more adult oriented .

This is another series where you really need to have read all of the series to get what is going on but just the story about Frank Castle as a child makes this one worth checking out if you are a fan of the Punisher. 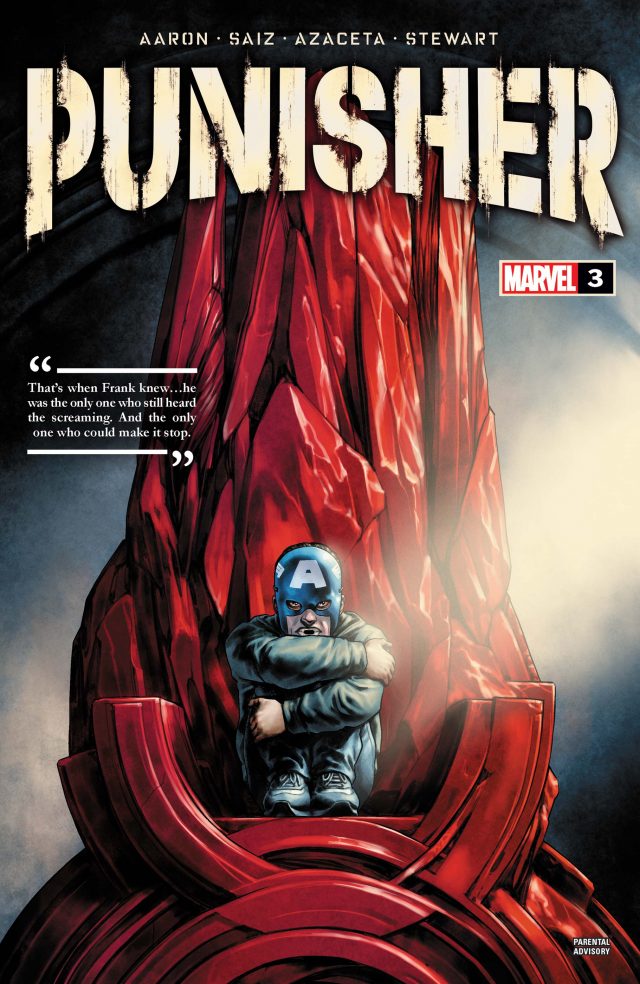