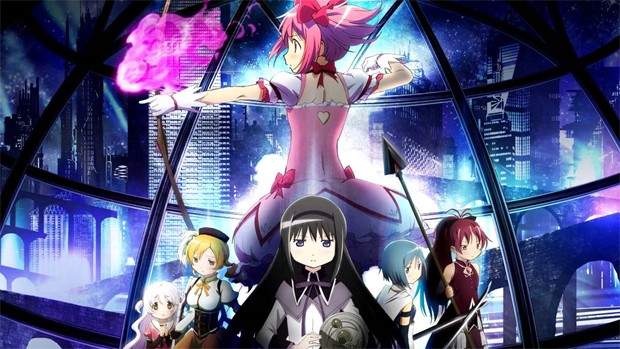 Puella Magi Madoka Magica Rebellion in some ways reminds me of Harry Potter meets anime with a touch of Sailor Moon thrown into the mix as the story heavily revolves around the world of magic which creates quite a spectacular tale on Blu-ray with some stunning animation. 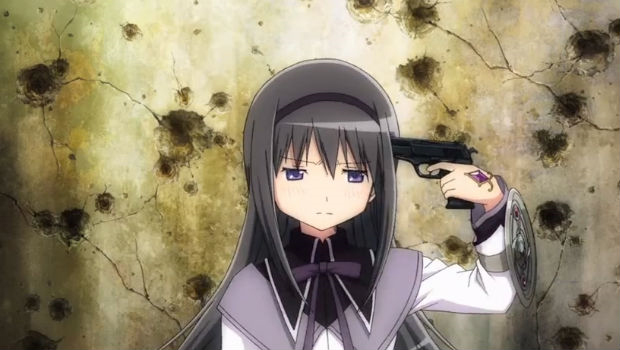 With that said, this isn’t my first taste of “Madoka Magica” and even though there are other films and volumes available, you should easily be able to pick up the premise behind this series and also the diverse characters. So the story of Puella Magi Madoka Magica Rebellion begins with Madoka Kaname, a high school student who discovers a magical creature known as as Kyubei who has been injured.

Given Madoka’s kind-hearted nature, she nurses Kyubei back to the world of the living and for saving his life, he offers her the chance to become a Magical Girl who are a mysterious group of defenders that basically protect the world from magical threats. Another interesting aspect about this story is that by becoming a Magical Girl, the person also gets one wish. 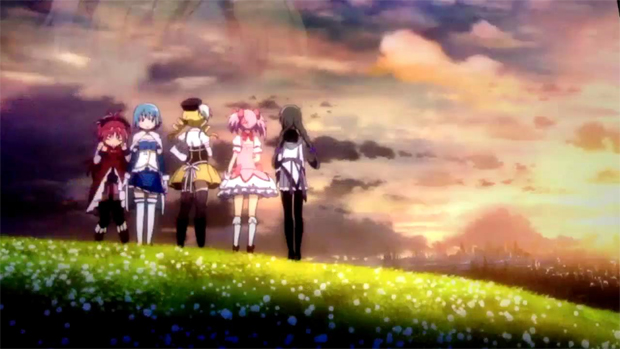 However before she makes her decision, she is indoctrinated with some of the other Magical Girls that include Mami and Homura but as she learns more about these girls, she realises that there may be a cost to have and use this power. In the previous stories, it also led Madoka to change the universe.

Now that we have the back history of this series, this current movie starts with a battle against the nightmares that is led by Madoka which causes a repercussion on the planet that traps the Magicl Girls in order to bring forth a new world order. It doesn’t look good for our heroines. 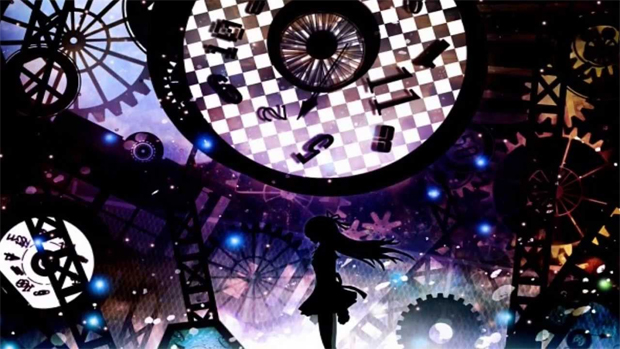 With Homura fighting against all odds and with the help of the other Magical Girls she prevents the universe from being rewritten by the villain in this movie. Another interesting element about this story is that it’s not your average anime story because the creators throw quite a few unexpected twists at the viewer which really make you guess which way the story will unfold. 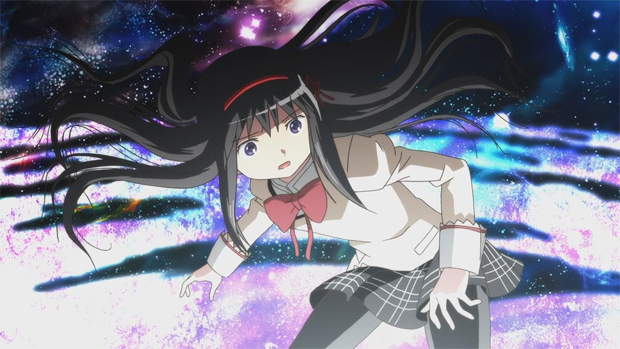 Another highlight of this are the visuals, especially the atmosphere of the movie and of course, the cute anime costumes of all the characters, even the villains such as the nightmares who are the total polar opposites of the Magical Girls. The English dub of this release also lends itself well to the characters without it being overtly excessive or clichéd which does help immerse the viewer into the plight of the heroines.

Beautifully presented on Blu-ray with exceptional video and audio quality, Puella Magi Madoka Magica Rebellion makes a great addition to all good anime collections! The collector’s edition also comes with a cool little booklet and post cards about this franchise that is definitely the cherry on top for all Madoka fans! 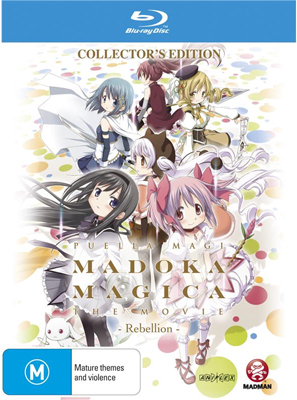