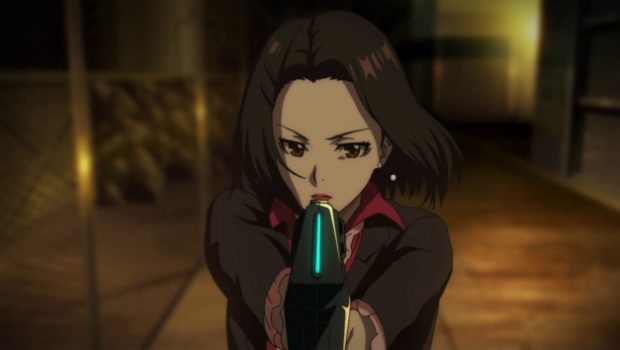 Summary: Psycho-Pass seems like a re-run of the first anime season, but that was enjoyable so it works out okay.

An important confession upfront: I did not realise Psycho-Pass: Mandatory Happiness was a visual novel before I began. Visual novels are not typically my preferred format—which is peculiar, given my interest in narrative and the fact that visual novels occupy the middle ground between traditional novel and traditional videogame. I respect the value and variety that visual novels bring, but I have yet to develop a taste for this niche area. This fact obviously colours my experience with Psycho-Pass, but I’ve endeavoured to account for these biases.

Visual novels, as I mentioned, are narrative-centric experiences. So I was immediately on edge when, on only the second screen with text, I spotted a grammatical error. How likely is a visual novel to tell an engaging narrative when the translation team doesn’t know to properly conjugate the verb ‘to lie’? As it happens, that’s still a distinct possibility. Of course, Psycho-Pass benefits from the strength of its initial premise. The anime was thrilling and mysterious, with an interesting cast of lovable characters—Mandatory Happiness shares these features. Set during the first season of the anime, Mandatory Happiness concerns itself with a rogue AI seeking to lobotomise humanity out of a misguided sense of responsibility. Some of the more significant, noteworthy story beats from the anime return: asymptomatic criminals; unusually young latent criminals; rookie female inspectors working a case on her first day; the true nature of the Sibyl system revealed.

These points put Mandatory Happiness in an awkward spot: the game most appeals to fans of the anime, but fans of the anime will have effectively experienced this same narrative once already. Fortunately, there are enough fresh elements to hold interest, though I would have liked to see some of the shortfalls of the anime—particularly the lack of screen time for Yayoi Kunizuka, as a prominent example—rectified in this game. Sadly, it re-treads familiar ground and shirks the opportunity to properly differentiate itself. 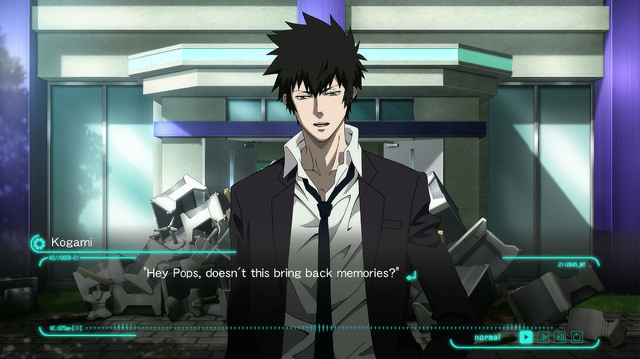 But I suppose the player choices and multiple endings make up for this. One of my least favourite parts about many visual novels is the lack of player interaction; Psycho-Pass offers loads of options for actions and dialogue responses—and many, if not all, slowly push the player towards one of several endings. (I can’t seem to pinpoint the exact number, but it’s at least 5—Bad Ends notwithstanding.) Even down to the first choice—which of the two characters to play as—dramatically alters the nature of the game. Inspector Nadeshiko Kugatachi and Enforcer Takuma Tsurugi have intersecting, overlapping, but ultimately distinct narrative arcs that provide two perspectives on the same general events. Tsurugi’s arc, thanks to his upbeat personality, seems a little less sinister and horrific. But being Psycho-Pass, there’s still plenty of messed up cases to deal with.

The Japanese voice acting is, as usual, quite effective—even if you can’t understand what is being said. The delivery of lines captures the emotions and personality of the characters enough to validate the text. That’s absolutely, unequivocally essential, given the propensity for translations from Japanese to retain stilted, redundant syntax in place of the dialect and formality quirks present in the Japanese language. When your visual novel—a text-heavy, narrative-driven experience—reads like awkward, purple prose, there needs to be something to offset this. The voice acting fulfils that role nicely. 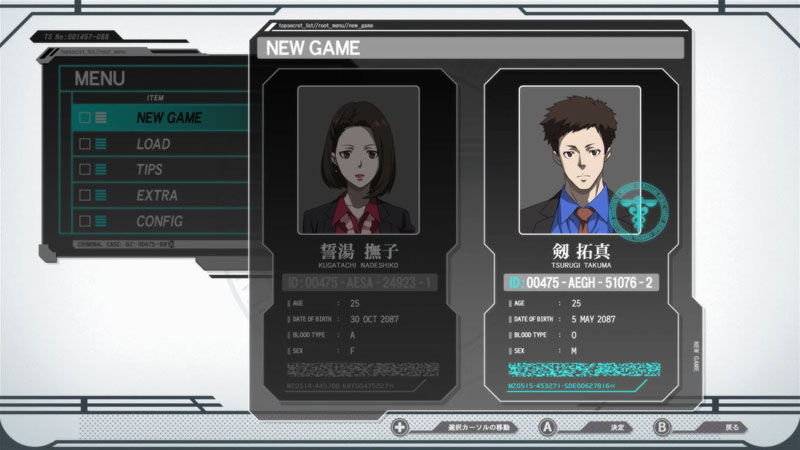 But it also draws more connections to the anime, which highlights another issue: anime fans are used to the dramatic animation and gratuitous blood present in Psycho-Pass, and neither exist in Mandatory Happiness. Of particular disappointment is the intense action sequences being described via unvoiced narration; the presence of other audio-visual elements makes the absence of these scenes feel more significant.

Ultimately, I liked Psycho-Pass: Mandatory Happiness and that is not something I expected from the outset. Despite this, there are still flaws that detract from the experience and have done little to sway me into becoming an enthusiast of the format. It’s a step in the right direction, though, as far as I’m concerned and I would like to play more like it. 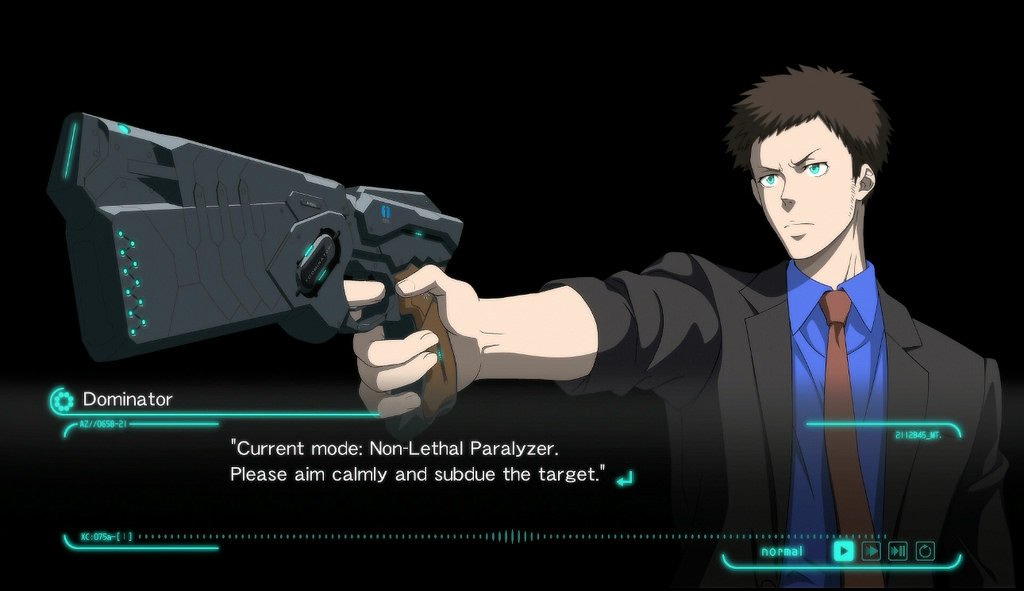