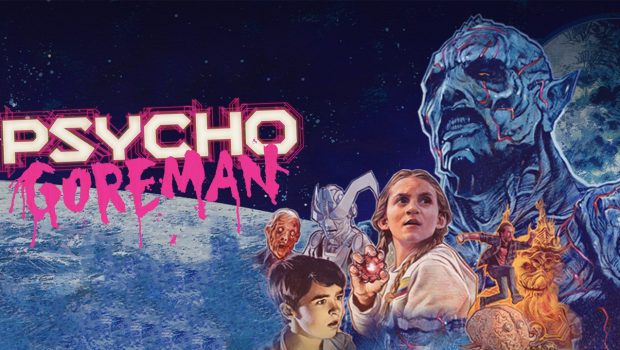 Summary: One of the weirdos in your life but it is also really sweet and has had a lot of love put into it for something so silly. A recommended watch if you are in the zone.

When precociously evil young Mimi (Nita-Josee Hanna) and her brother Luke (Owen Myre) find a strange gem in their back yard after a game of Crazyball they unwittingly release the Archduke of Nightmares from the planet Gigax from his prison to terrorise the galaxy. Unluckily for the alien, Mimi is the Bad Seed level of evil so she gives him a new name Psycho Goreman or PG for short and orders him about like her brother.

On the other side of the galaxy a council of aliens meet to assess the situation and technologically advanced Pandora decides to finish the job they started after the previous war against Psycho Goreman. Mimi’s parents are none too impressed about Mimi having an evil space alien as her new friend, but she makes sure PG does not kill her family, everyone else on the earth can be destroyed though.

Some other stuff happens but it is more fun if you find out for yourself. Whether you will like this movie depends on if you are on the same wavelength such as films like Mac and Me and shows like Power Rangers and Ultraman from the 90s. They do go all out with different actors playing the characters in the suit and voice just like the old dubbed shows. It also reminded me of the old Hong Kong kid’s movie Super Inframan.

The costumes and effects are really fun and although it is gory at times it is fun over the top cartoon style gore. Not really something you would usually find in a children’s movie and it does not change tone at all when people get killed or turned into a giant brain with tentacles. The closest I could think to it would be the Japanese movie House which has all the characters dying but refuses to change tone.

Steven Kostanski was part of the Canadian production company Astron-6 who previously worked on Manborg, Father’s Day, The Editor,  The Void and the famously deleted from Youtube Divorced Dad. I had heard good things about his work but had not had the opportunity to see it. I will try to rectify that situation in the future.

There was clearly a lot of love and care that went into the making of this even for things like Psycho Goreman’s back story that is only shown for a bit at the start and for parts where he starts to talk and then Mimi cuts him off. There is a lot more world building than you would usually get for this kind of film and it has been appreciated by the fans of this film.

Some more unkind viewers questioned the quality of the acting especially the young actor playing Mimi. She is 100% meant to be like that and the fights she has with her brother are accurate as sibling fights can be that nasty. Even her mother calls her a “wacko” and her father  (Adam Brooks) gives her really bad advice.

There are some funny lines in this from Psycho Goreman about how evil he is and how he is concerned the children will be driven mad from seeing too much violence, the kids don’t really care that much it seems. If you haven’t seen the movie and are talking to people who have they will no doubt start quoting some of the lines to you about “hunky boys”, just smile and back away slowly.

I would recommend this movie to people who want something really weird and violent, but also a heart-warming story where nobody really learns anything out of the experience and the bad guy gets a win for once. 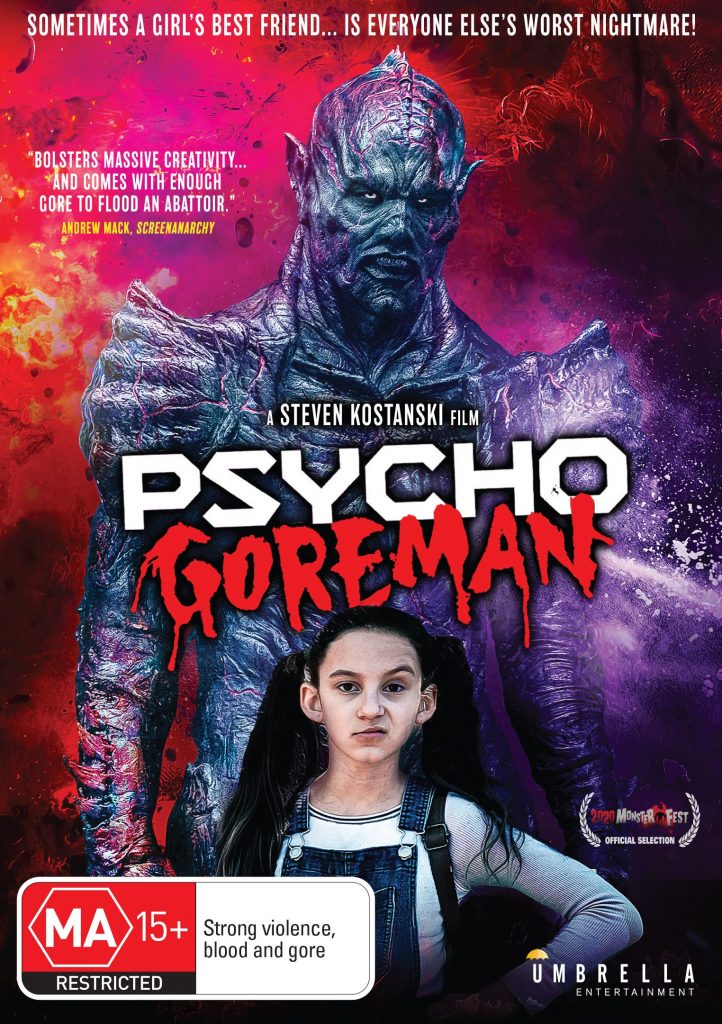