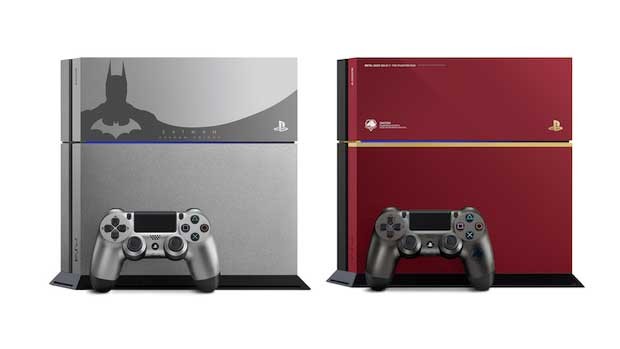 The PS4’s 3.0 updated system software has been rolled out in Australia and is now currently available on all PlayStation 4 consoles.

There are a lot of changes in this update, from entirely new features to UI enhancements. This new update is focused on creating new ways to connect with friends and players around the world, expanding the social capabilities of the system even further.

Please see below for an overview of the top new additions:

Events: A new Events app has been added to PS4, which is accessible from the home screen. This provides an overview of activities taking place in the games most played, as well as official broadcasts. For example, this week there is a double XP racing event in Driveclub and a Team of the Week Event in FIFA 16, for which players can register directly from the Events app. Once registered, utilise the auto-boot functionality to set the PS4 to automatically turn on and launch the game and Event at the Event start time. Stay tuned for new gaming events and broadcasts.

Communities: PS4 users will have the ability to create and join communities based around shared interests, such as games, genres, and more. Communities include a message board with general discussion, screenshots shared by players, and the ability to join parties/games. The Communities for owned games can be found on its live detail page, as well as from friends that have joined in the Friends app.

PlayStation Plus: This is a new dedicated section to all things PlayStation Plus, which can be accessed from the PS4 home screen. It allows players to easily manage memberships, see the monthly free games to download and deals for PS Plus members, and all the games redeemed through PS Plus on PS4. In addition, online storage on PS4 for members has increased to 10GB.

Sharing video clips to Twitter: Video clips can now be shared directly from the PS4 to Twitter. All video clips are maximum 10 seconds — to trim longer clips, double tap the SHARE button to start recording a video, and press it again to stop.

Request to Share Play and Broadcast: Been dying to try out a friend’s new game? Now players can Request to start a Share Play session or watch friends play via a Broadcast.

Live from PlayStation: Keep up with the hottest gaming trends by viewing the most popular broadcasts, video clips, and screenshots uploaded from around the world.

Favourite Groups: Favourite Groups is a new addition to the Friends app, making it easier for players to access groups of people they play with frequently. Already available are groups for Call of Duty, Rocket League, and (of course) Destiny fireteam. Once players are in the favourite group, they can see the online status for players, the games they’re playing, and the option to message or chat in party.

Stickers: From the PS4 system’s Messages app, there is a new option for Stickers. The 3.00 update will contain stickers themed around Uncharted 4, Knack, Little Big Planet3, Resogun, and more.