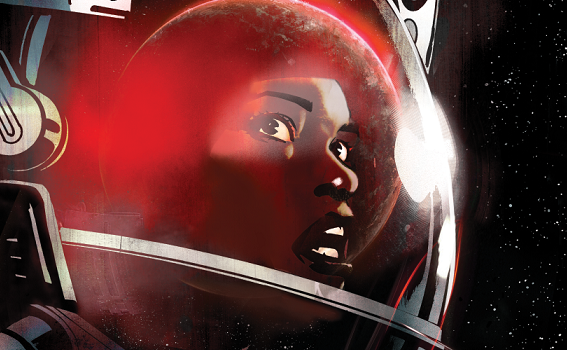 Promethee 13:13 is an upcoming prequel to the critically acclaimed, post-apocalyptic sci-fi  bandes dessinées by Christophe Bec

Bec, Diggle, Martinbrough, & Jock to sign the exclusive Promethee 13:13 poster and speak during a panel at the Festival International De La Bande Dessinée

Coming this year as part of the comiXology Originals line of exclusive digital content, Promethee 13:13 will be exclusively available as two 48-page volumes on Kindle and comiXology and available to members of Prime Reading, Kindle Unlimited, and comiXology Unlimited at no additional cost. Each volume will be simultaneously released in English and French worldwide at debut.

To celebrate this announcement, the all-star Promethee 13:13 creative team of Andy Diggle, Shawn Martinbrough and Jock, along with Promethee original creator, Christophe Bec, will appear at the Delcourt Group booth in Le Monde des Bulles Marquee to sign an exclusive, limited edition poster illustrated by Shawn Martinbrough, with colors by Jock, Friday, January 25th from 5-6pm, and Saturday January 26th from 7-8pm. Additionally, the Prometheeteam along with comiXology Originals Head of Content, Chip Mosher, Directeur Editorial at Delcourt Group, Jean Wacquet, and Editor Will Dennis, will discuss this upcoming comic series during the Past, Present and Future: Promethee 13:13 panel, Thursday, January 24th at 4:30pm at the Conservatory Gabriel Fauré in Angoulême, France.

“The universe of Promethee is vast. It could be extended, as I am doing now, or enriched, as Andy Diggle wanted to do. He has adeptly filled gaps in my story, bringing his own vision and digging deeper into aspects of the tale that I only ever touched on, sometimes even with a certain poetry. Shawn Martinbrough’s artwork has character; his stark style brings a new feeling to the series, that will permit it, I hope, to help a much larger number of American readers discover my series,” said Promethee original creator/writer/artist Christophe Bec.

“The Promethee series is this huge, sprawling epic that takes place over thousands of years with dozens of characters. There’s so much material and so many options, you’re spoiled for choice. I wanted to come up with something accessible and give a sense of the wealth of the material out there to be discovered, but without it feeling completely overwhelming—a nice self-contained story, which doesn’t require you to have any knowledge of the original series, but can act as a doorway to it,” said Promethee 13:13 writer, Andy Diggle.

Darla, a successful author, has visions of apocalyptic invasions and being abducted by aliens as a child. After years of medication she’s put it behind her, until one day while speaking at a mental illness conference in San Diego, her life gets turned upside down. At the same time, strange things begin to happen during the latest space shuttle Atlantis mission. Promethee 13:13 tells the thrilling fast-paced space drama leading up to the moments of September 21, 2019 at 13:13. 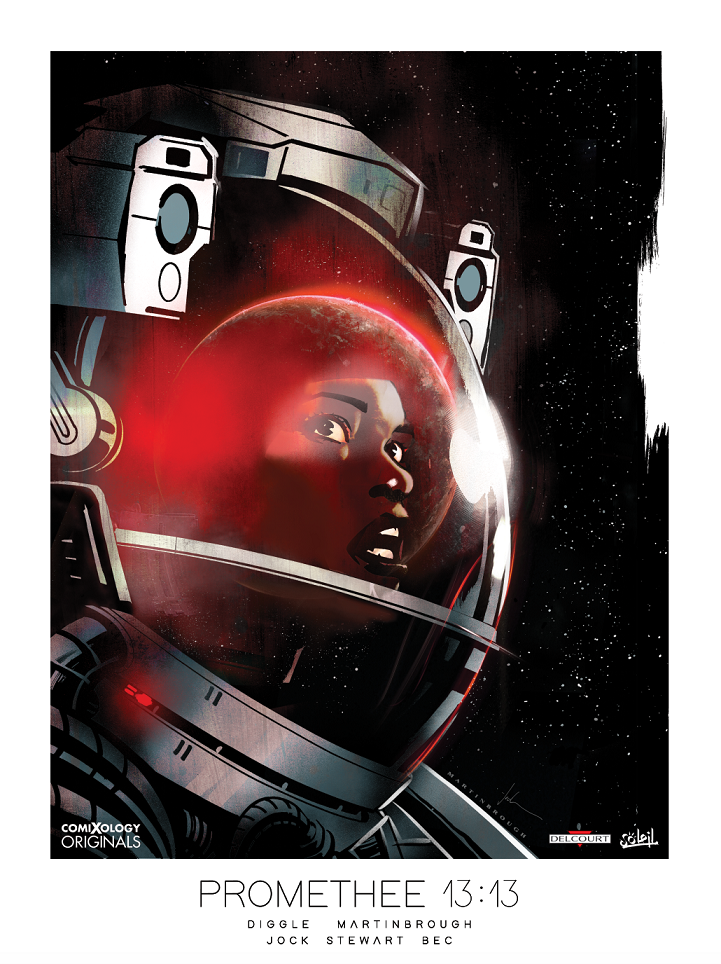